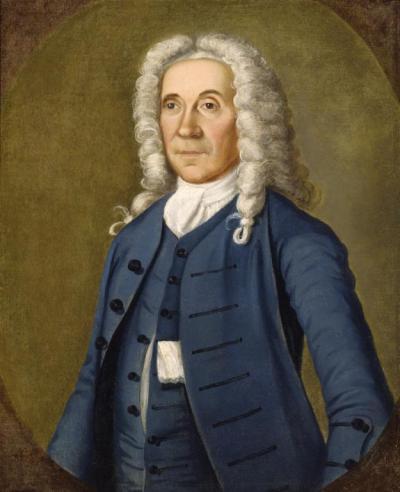 The colonial history of Stafford and King George counties—and thus of northern Virginia—is inseparable from that of the large and powerful Fitzhugh dynasty, which emerged in that region at the end of the seventeenth century. The founder, William (1651–1701), by his personal example as provider and patron propelled the family through two centuries of political and social prominence. By instinct a man of moderate behavior, Fitzhugh nonetheless took on the lifestyle of an aristocrat. He saw such role-playing and the establishment of a family dynasty as essential to the economic stability of his extensive plantation operations. Following his lead, Fitzhugh heirs became patrons of the arts, trend-setters for northern counties in developing architecture and collecting fine household furnishings and commissioning portraits.

Fitzhugh portraits in the society's collections span five generations, beginning with colonial copies of an English forebear and of William Fitzhugh, and continuing with images from life taken from three eighteenth-century generations. All were painted by the American artist John Hesselius over a period of twenty years, between 1751 and 1771, nearly his entire career. Hesselius became practically "court painter" to this Virginia dynasty. Because of the homogeneity of the group, its size, and the prominence of the family, the Fitzhugh portraits are important icons of early American history. 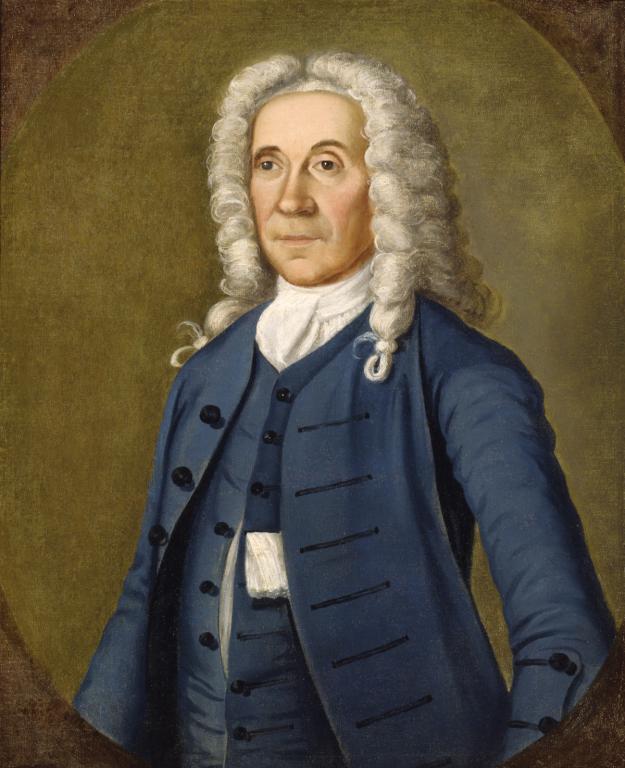 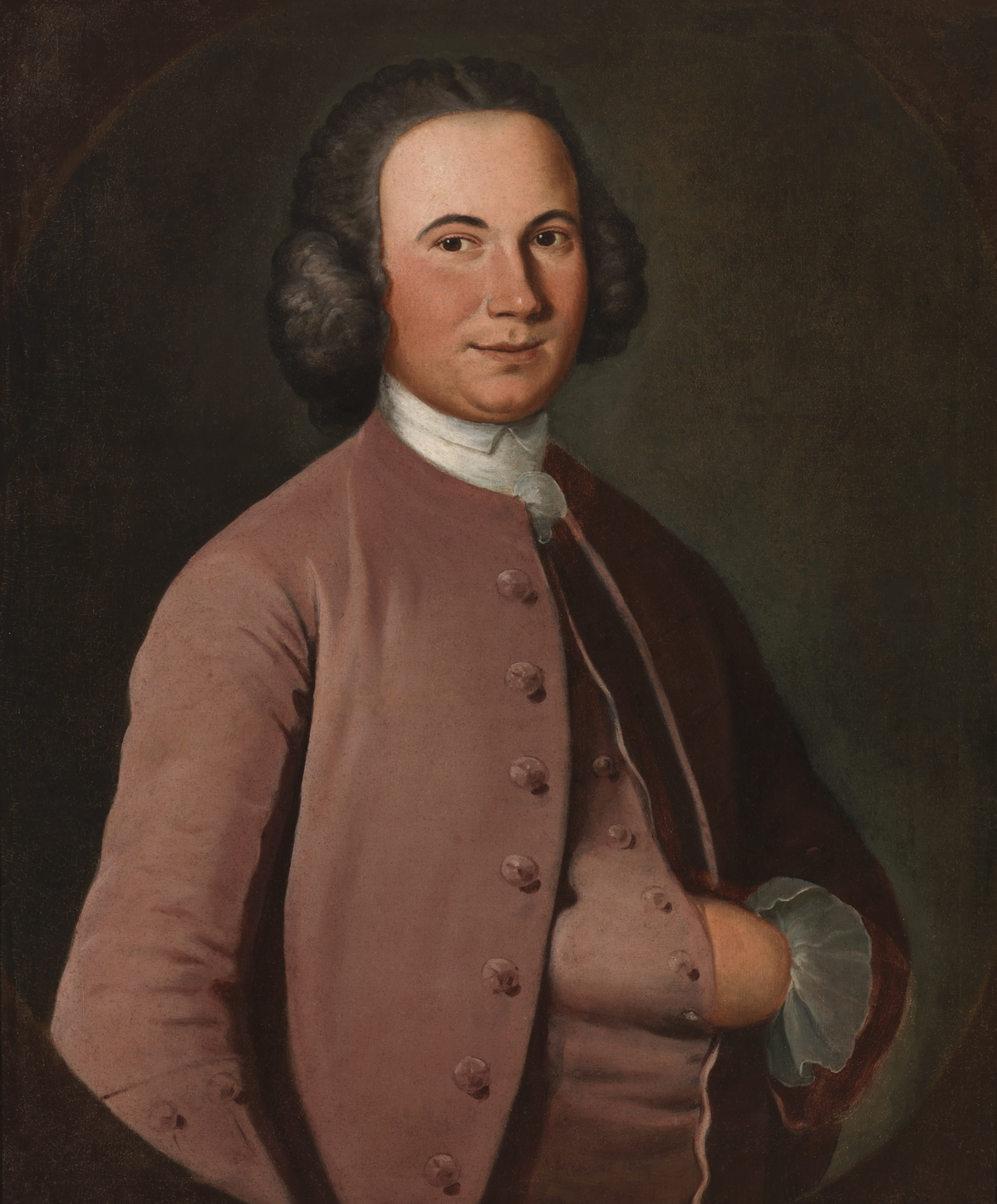 Colonel Henry Fitzhugh, 1751, by John Hesselius
In 1751 Colonel Henry Fitzhugh (1723–1783), the eldest son and principal heir of Captain Henry Fitzhugh, was twenty-eight and had been married for five years. He would become the father of thirteen children. Following in the family tradition, the colonel's public service already included command in the county militia that carried a title. He is shown by John Hesselius to be a man of intelligence, refinement, and confidence, keenly aware of both his heritage and his capabilities. Henry Fitzhugh emerges from the documentary record as a notable patron of art, modeled after the example of his exceptional grandfather, William. At his home, Bedford, the colonel displayed the family portrait gallery. Included were the images that he commissioned from Hesselius of himself, his father, grandfather, and great-grandfather. (Gift of Francis Carter Fitzhugh, Jr., and Horace Ashton Fitzhugh; VHS accession number: 1954.2)
Image 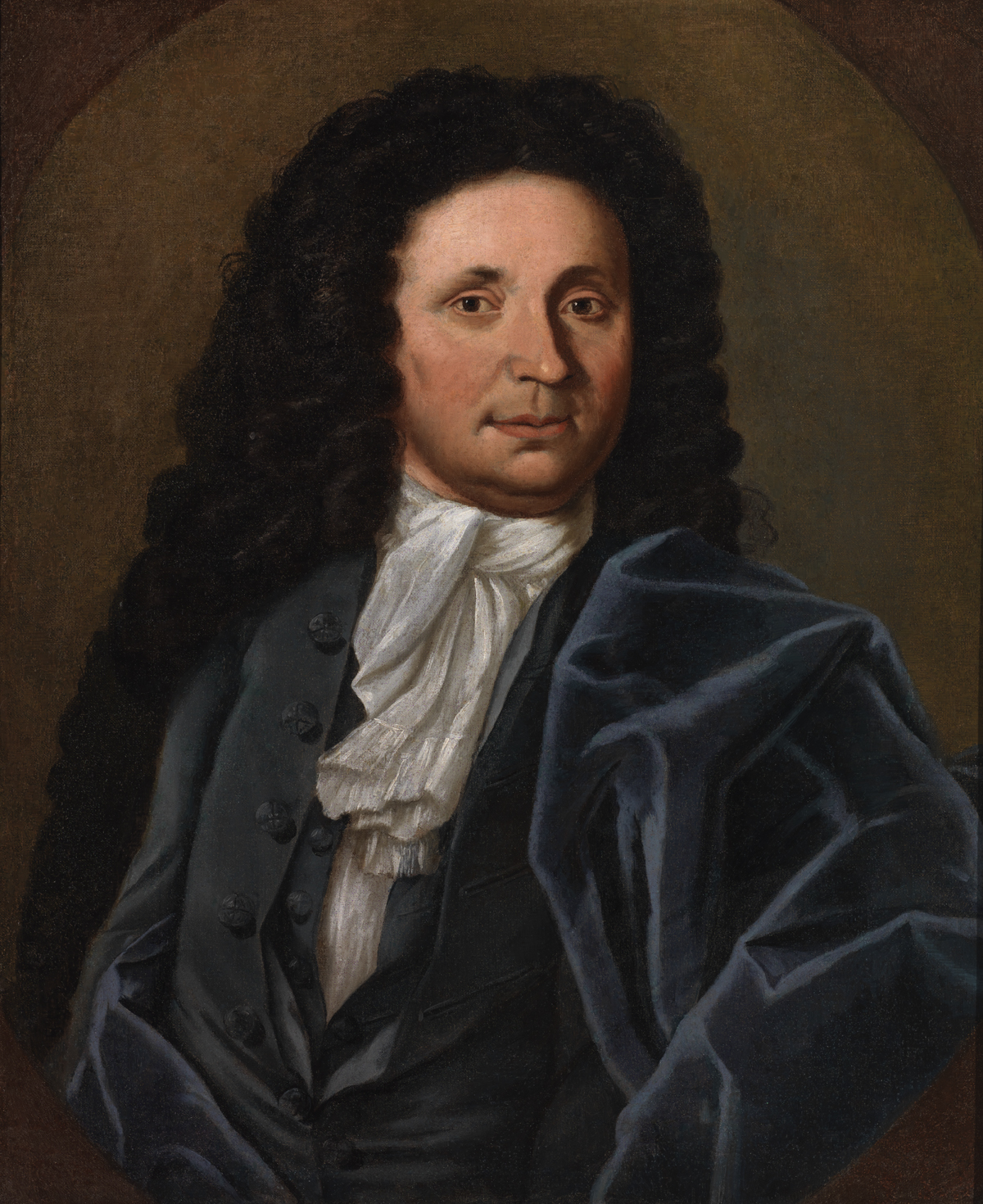 William Fitzhugh, 1697, by an unidentified artist, copied in 1751 by John Hesselius
The British-born William Fitzhugh (1651–1701) was among the first Virginia colonists to establish a dynasty on the land. Fitzhugh chose a rural life because it seemed the quickest way to make money; he used slaves to cultivate his 54,000 acres, which were largely in tobacco. He was a self-made man, a successful planter and lawyer, who had accomplished much with the opportunities afforded him in Virginia. However, Fitzhugh was never entirely comfortable with his achievements, because his newly won wealth was tenuous and his social position was gained in a largely undeveloped setting where he felt isolated. He furnished his large, thirteen-room house handsomely, with tapestries and an extraordinary collection of 122 pieces of English silver, much of it engraved with the family crest. The silver answered well Fitzhugh's conflicting urges for moderation and luxury.(Gift of Alice-Lee Thomas Stevenson; VHS accession number: 1972.20)