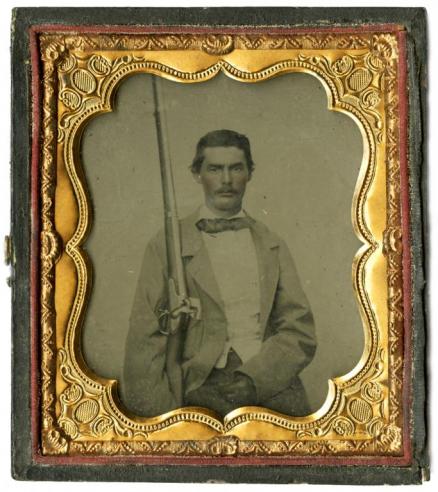 The easiest way to defeat the secessionist movement seemed to be to capture Richmond, the seat of the Confederate government, only 100 miles from Washington. “On to Richmond” became not only a popular recruitment slogan in the North but in fact the military objective of United States commanders. For four years, a succession of generals moved against Richmond, only to be thwarted by tenacious Southern defenders. Capture of the enemy’s capital was eventually replaced by a more attainable objective sought by both sides: destruction of the enemy’s army. The long conflict turned large portions of the Virginia landscape into a setting of death and desolation.

The Waging War section of the exhibition asks a series of questions relating to the war in Virginia. These questions appear in the menu to the left.