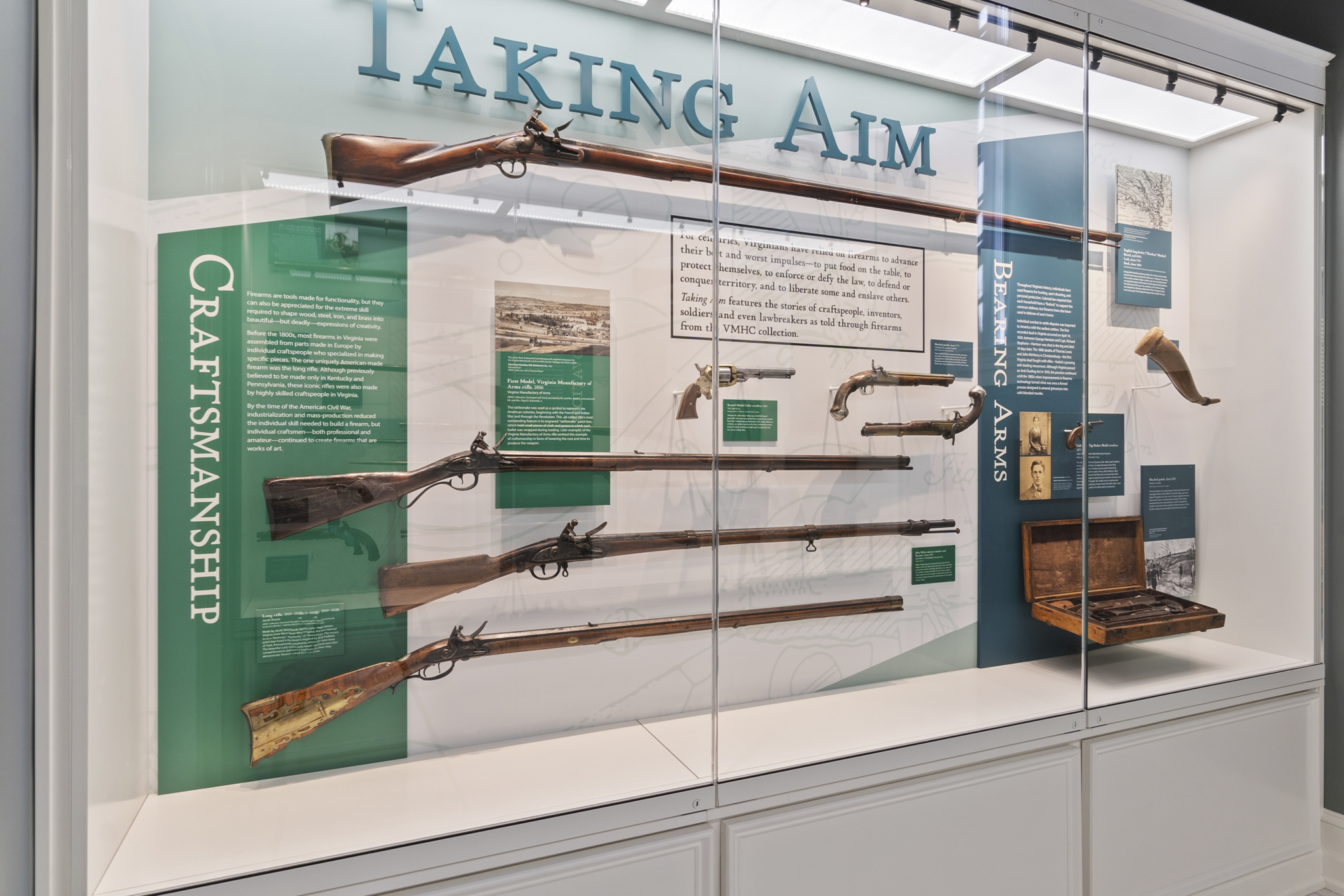 Free for Members!
Not yet a member?

About the Exhibition: For centuries, Virginians have relied on firearms to advance their best and worst impulses—to put food on the table, to protect themselves, to enforce or defy the law, to defend or conquer territory, and to liberate some and enslave others.

Inside the Taking Aim Exhibition

The Woodson firearm was designed as a fowling firearm and generally is called a long fowler, used for shooting birds, although it could also be used as a wall-mounted gun. The flintlock has an exterior bridle and is engraved with a floral pattern and is marked "Collicot," the name of a lock maker in Bristol, England, about 1750. On loan to the VMHC Collection, 1929.8. The weapon was conserved by Courtney B. Wilson and Associates of Ellicott City, Maryland, in 1995 with gifts from Woodson descendants.

Image of a horse rearing up on its hind legs is in the center of the patent information text, and Col. Reed's social security number is engraved on the right side of the barrel. From the VMHC Collection, 2021.9.1.