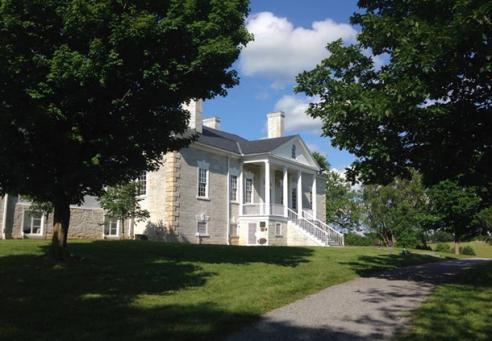 Looking out over the Valley of Virginia just south of Middletown, Belle Grove abuts U.S. Route 11, originally the Great Wagon Road from Pennsylvania, which brought a wave of German and Scots-Irish immigration to the Valley.  Belle Grove was built by the grandson of German immigrant Jost Hite, who settled in New York, moved to Pennsylvania, and finally migrated to Virginia, where he bought 40,000 acres.  That grandson, Isaac Hite, Jr., was elected to the founding chapter of Phi Beta Kappa at the College of William and Mary, joined the Continental Army in 1780, fought at the Battle of Yorktown in 1781 and was brevetted a lieutenant for his service.

Hite’s bride was James Madison’s sister Nelly and they began the plantation on 483-acres given to them by the Hite family as a wedding present.  In 1794, Madison wrote to his friend Thomas Jefferson asking for suggestions for the design of Nelly’s new house. Although this letter is the only documentary evidence of his possible involvement, the Belle Grove Manor House’s high ceilings and wide central hall, with a cross hall separating four major downstairs rooms, show Jefferson’s unmistakable stamp.  Belle Grove is almost a classic Palladian villa.  It was completed in 1797; the large west wing was added in 1813. 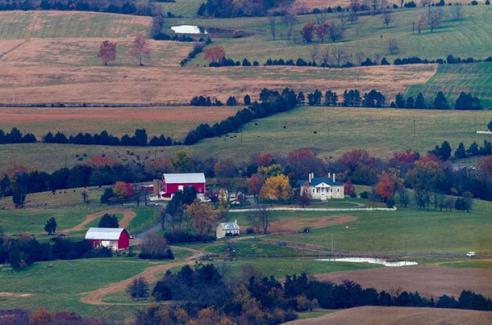 In 1981, The National Trust endorsed Belle Grove’s application to The Garden Club of Virginia for the restoration of its landscape, for which there was little documentary evidence.  The GCV commissioned its landscape architect, Rudy Favretti, to draw a plan based on his knowledge of the period and on one early nineteenth-century photograph.  The plan addressed all major needs: parking away from the front of the house; a walkway from parking lot to entrance; and, on a level plot at the back of the house, a large rectangular vegetable garden surrounded by fruit trees and enclosed on three sides by a fence. The plan was accepted in 1983. A few changes have been made since then and future archaeological exploration may uncover additional information about Belle Grove’s original landscape. (Image Courtesy of Ann and Rob Simpson)

Note:
The images presented here record various stages of the property's landscape restoration. Since additional work has been supported by The Garden Club of Virginia at many properties, these images do not necessarily represent the current-day experience. Also, accession numbers reflect the year in which an image was received by the Virginia Historical Society, not the year in which it was taken.

If you would like to browse The Garden Club of Virginia collection in the online catalog, click here.