Lin-Manuel Miranda’s award-winning Broadway production HAMILTON propelled our nation’s first Secretary of the Treasury into a legendary status not held since his untimely death in 1804. Miranda’s narrative—based on the work of Pulitzer Prize-winning historian Ron Chernow—tells the story of a man who overcame all odds to shape, inspire, and scandalize the newborn America.

From Hamilton’s decades of military and political service with George Washington to his feuds with Thomas Jefferson and James Madison, Virginians were among his most influential allies and his worst enemies. Hamilton’s relationships with these Virginians helped shape the character of the United States, its founding institutions, and patterns of civil discourse still felt today. 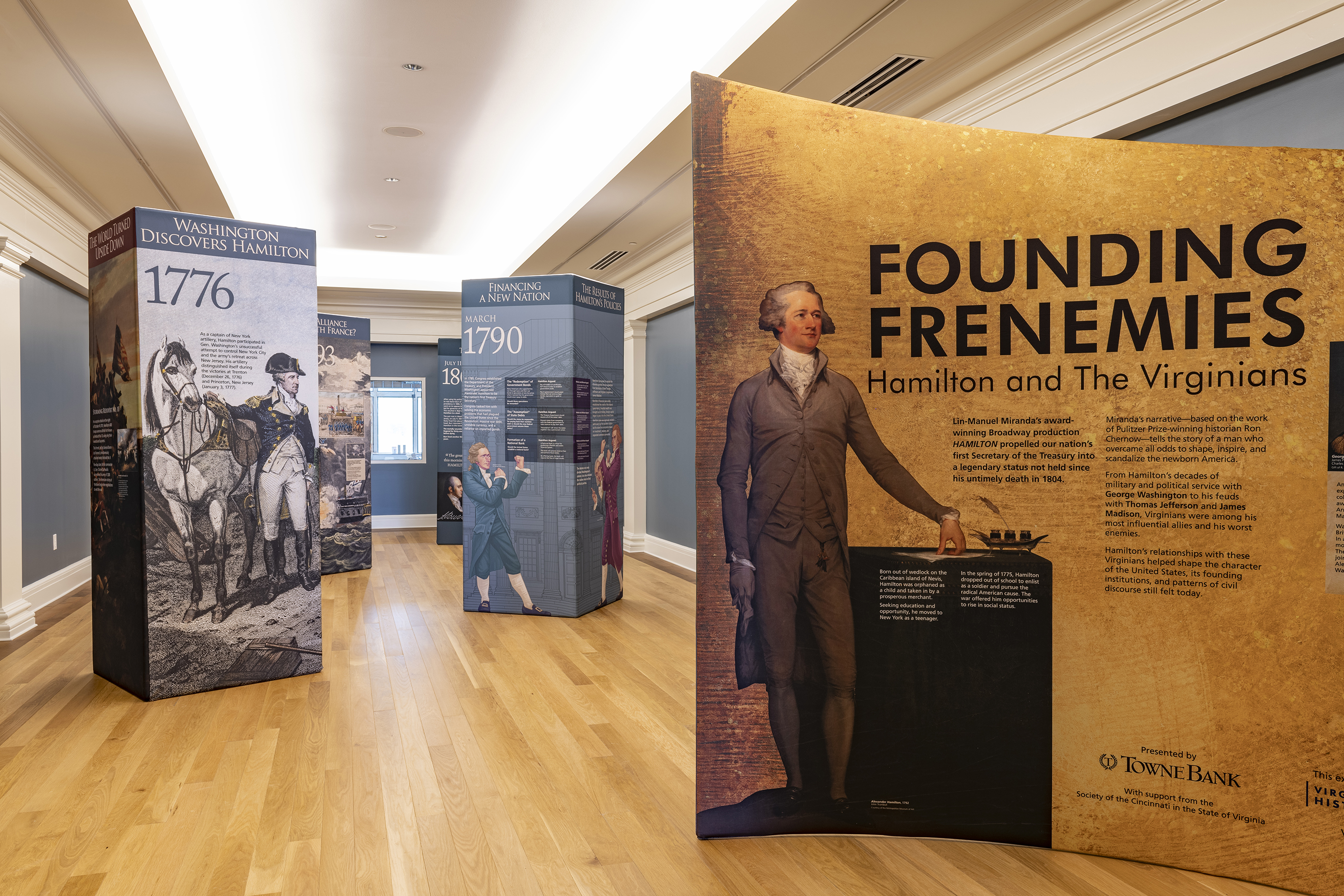