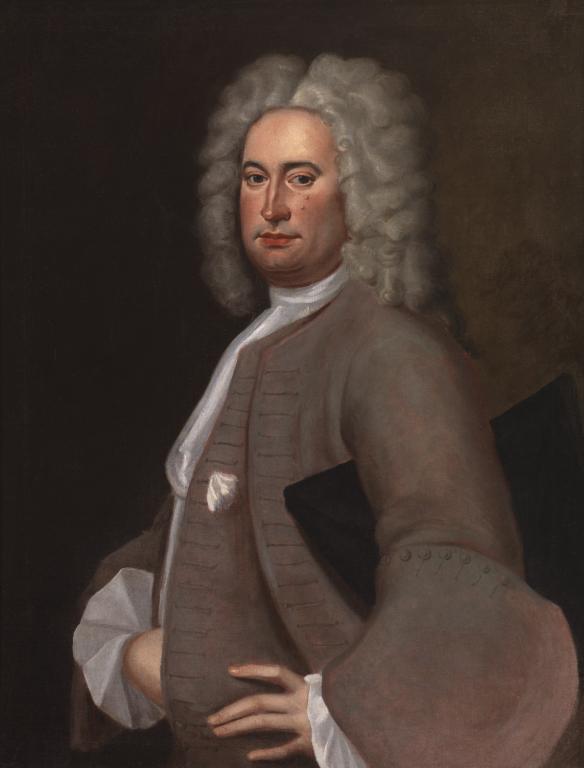 No family in colonial Virginia was more prominent or more powerful than the Randolphs. "You must be prepared to hear the name Randolph frequently," wrote a French traveler to Virginia in the 1780s, the marquis de Chastellux, who recognized the Randolphs as "one of the most numerous and wealthiest" of the "first families" of the colony. When writing Moby Dick in 1851, Herman Melville cited the Randolphs as the quintessential "old established family in the land," the ultimate contrast to those families whose sons were forced into the perilous profession of whaling.

The dynasty was founded by William Randolph I, who in 1680 established a seat below the falls of the James River. Generations of his heirs developed neighboring plantations, eleven major ones in all. As owners of tens of thousands of acres of land worked by hundreds of enslaved people, and serving as well as merchants and shipowners, the Randolphs—unified like a modern business conglomerate—affected the economic affairs of the colony. They also influenced the administration of government. Among the Randolph politicians were some of the most accomplished lawyers in the region.

Art patronage by the family increased with its third generation, because of both inherited wealth and the availability in the 1750s of a highly talented portraitist. Randolph brothers and sisters awarded the artist John Wollaston multiple commissions. William Randolph III of Wilton ordered ten paintings. The inspiration for the Wilton collection and for the house itself was drawn from the spectacular gallery and mansion at nearby Westover. 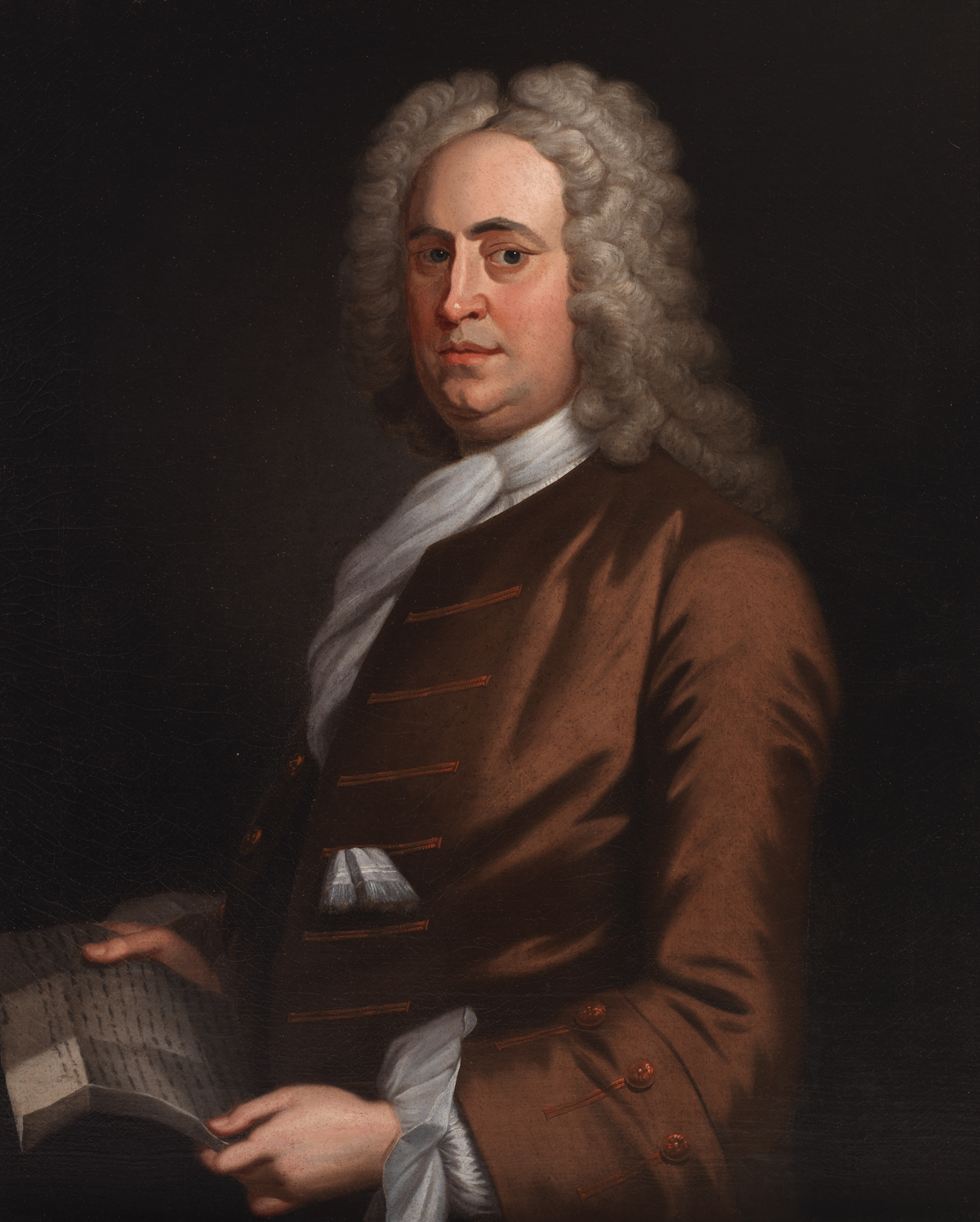 William Randolph II of Turkey Island, 1755, by John Wollaston
This painting is rendered in a manner far removed from John Wollaston's usual style. Though the artist was able to give vivid enough color to the sitter's face, he poorly modulated the flesh tones. Wollaston was commissioned by the builder of Wilton to produce a portrait of his late father, William Randolph II (1681–1742), presumably from an image painted earlier. A successful career in the law is surely the activity alluded to by the inclusion in this canvas of what is probably a legal document that Randolph reads. It is an interesting addition because the portraits of most Virginia gentlemen depict idle hands, in contrast to images of northern merchants proud of their industrious activity as businessmen. The prop points as well to a social difference between two generations of Virginians—one earned wealth and the other inherited it. (Gift of Kate Brander Mayo Skipwith Williams; VHS accession number: 1927.17)
Image 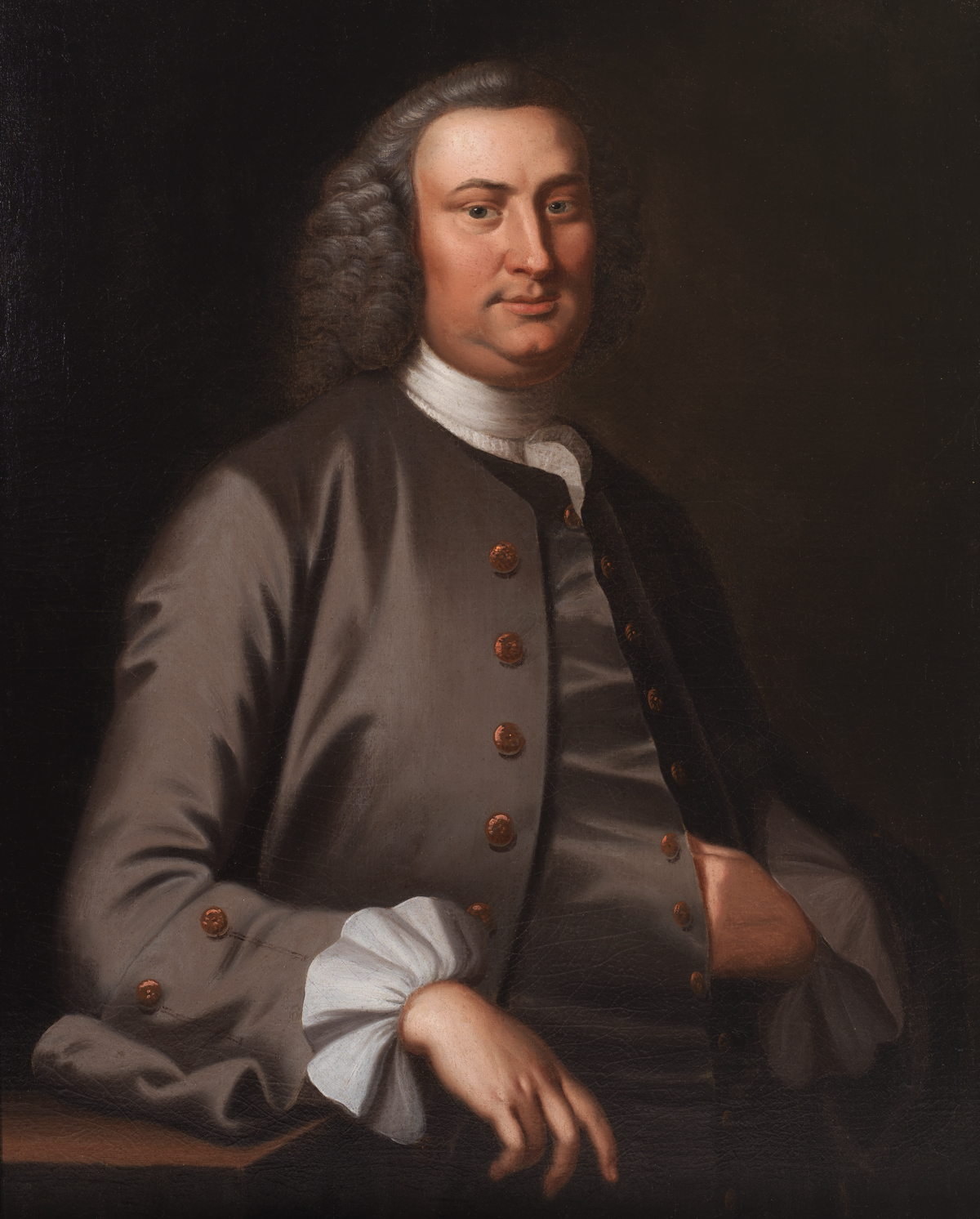 William Randolph III of Wilton, c. 1755, by John Wollaston
John Wollaston lavished considerable attention on this half-length portrait of his greatest Virginia patron, the builder of Wilton. The canvas is crisply painted in all details and richly modeled with color and light, so that the sitter is credibly projected as a living being. Vivid flesh tones project as those of the thirty-two-year-old sitter. The gray hair of his wig seems remarkably soft and smooth; the fabric of the coat, vest, and shirt reads as true as the brass of the buttons. William Randolph III (1723–1761) inherited "all [his father's] Plate & Household Goods.” To house those objects, he commissioned one of the grandest Georgian mansions in Virginia. At this home, Wilton, he greatly expanded the family portrait collection into one of the finest and largest in all the colonies. (Gift of Kate Brander Mayo Skipwith Williams; VHS accession number: 1951.33)
Image 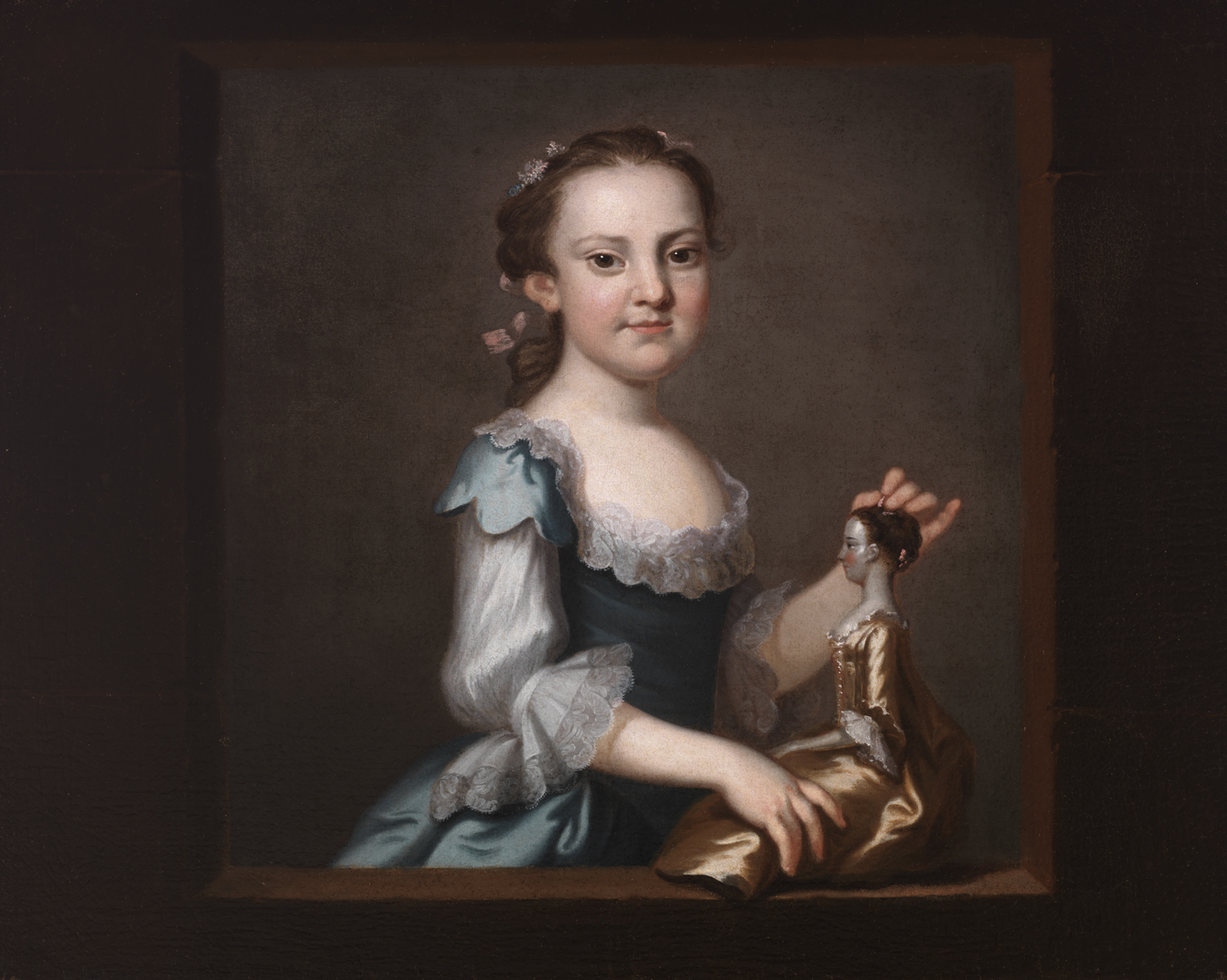 Elizabeth Randolph, c. 1755, by John Wollaston
At the time she sat for John Wollaston, Elizabeth Randolph (born c. 1750–died before 1773) was just beginning to learn genteel behavior, for she was probably not much more than five or six years of age. Nonetheless, she already could dress in the manner of and assume the bearing of a lady. A cold and stark masonry frame derived from the European portrait tradition enframes her. This convention may seem odd for an image of a young child, but it served to convey the sitter's Old World heritage. Wollaston gave patron William Randolph III not only a portrait of a beloved daughter but also made clear to all this heir's expected place in society. Elizabeth Randolph would marry Philip Ludwell Grymes. Like her older sister Anne, she tragically died in her early twenties. (Gift of Kate Brander Mayo Skipwith Williams; VHS accession number: 1947.71)
Image 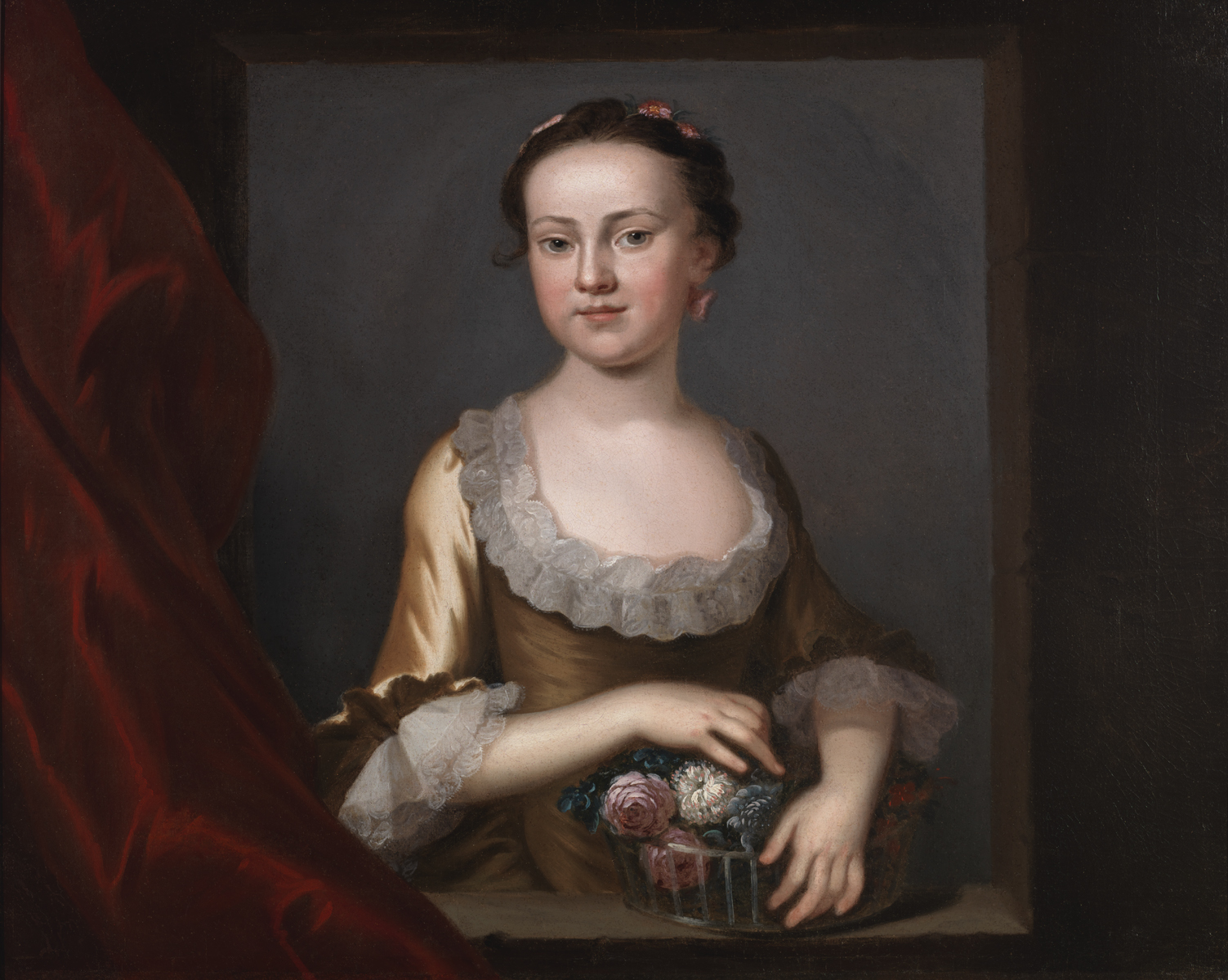 Anne Randolph, c. 1755, by John Wollaston
To portray William Randolph's two eldest daughters, who were still children, John Wollaston turned on its side the canvas he used for the Wilton group and adapted to a horizontal format the then antiquated convention of enframing a figure behind an oval frontispiece. This young heir to aristocracy is groomed by costume and behavior to follow the example of her mother. Anne Randolph (c. 1744–46–1767) dresses in the manner seen in Wollaston's portrait of her mother, she turns her head gracefully in the same fashion, and her hands repeat her mother's mannered, genteel pose. At so young an age, Anne Randolph already has been made a lady. Anne Randolph would marry Benjamin Harrison of Brandon, Prince George County. She died soon afterward, in her early twenties. (Gift of Kate Brander Mayo Skipwith Williams; VHS accession number: 1951.34)
Image 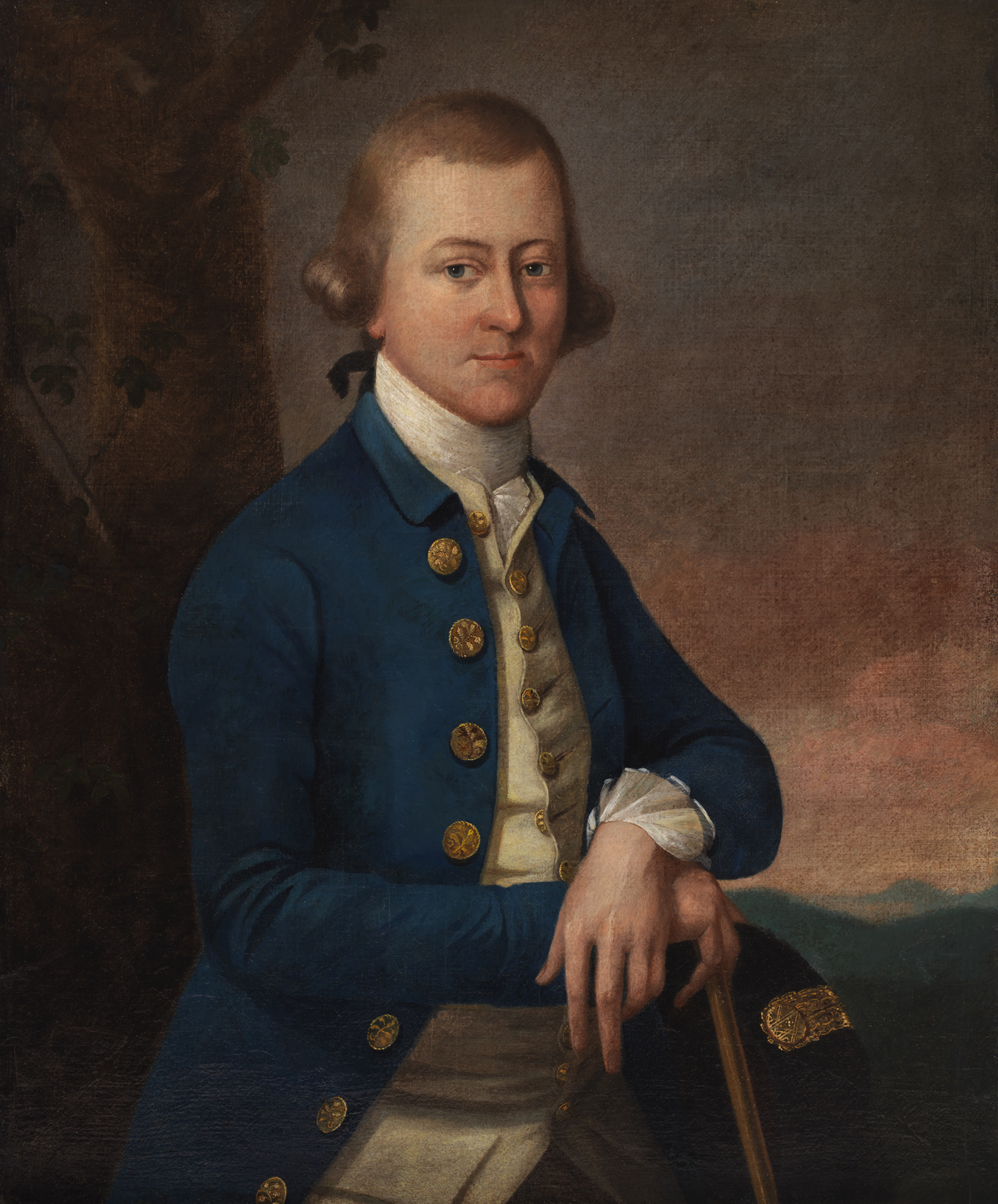 Peyton Randolph of Wilton, c. 1773, attributed to Matthew Pratt
Named for an uncle who as speaker of the House of Burgesses had become one of the most beloved and accomplished public figures in the colony, Peyton Randolph of Wilton (early 1750s–1784) faced great expectations. Though he perceived himself as a member of the English nobility, this Wilton heir nonetheless became an ardent patriot, rejecting British colonial policy of the 1760s and 1770s that he felt threatened his social status. The artist Matthew Pratt, having lived and exhibited in London for two and a half years in the 1760s, had been exposed to and knew well the latest styles and devices of such masters of English portraiture as Sir Joshua Reynolds and Thomas Gainsborough. (Gift of Kate Brander Mayo Skipwith Williams; VHS accession number: 1927.13)
Image 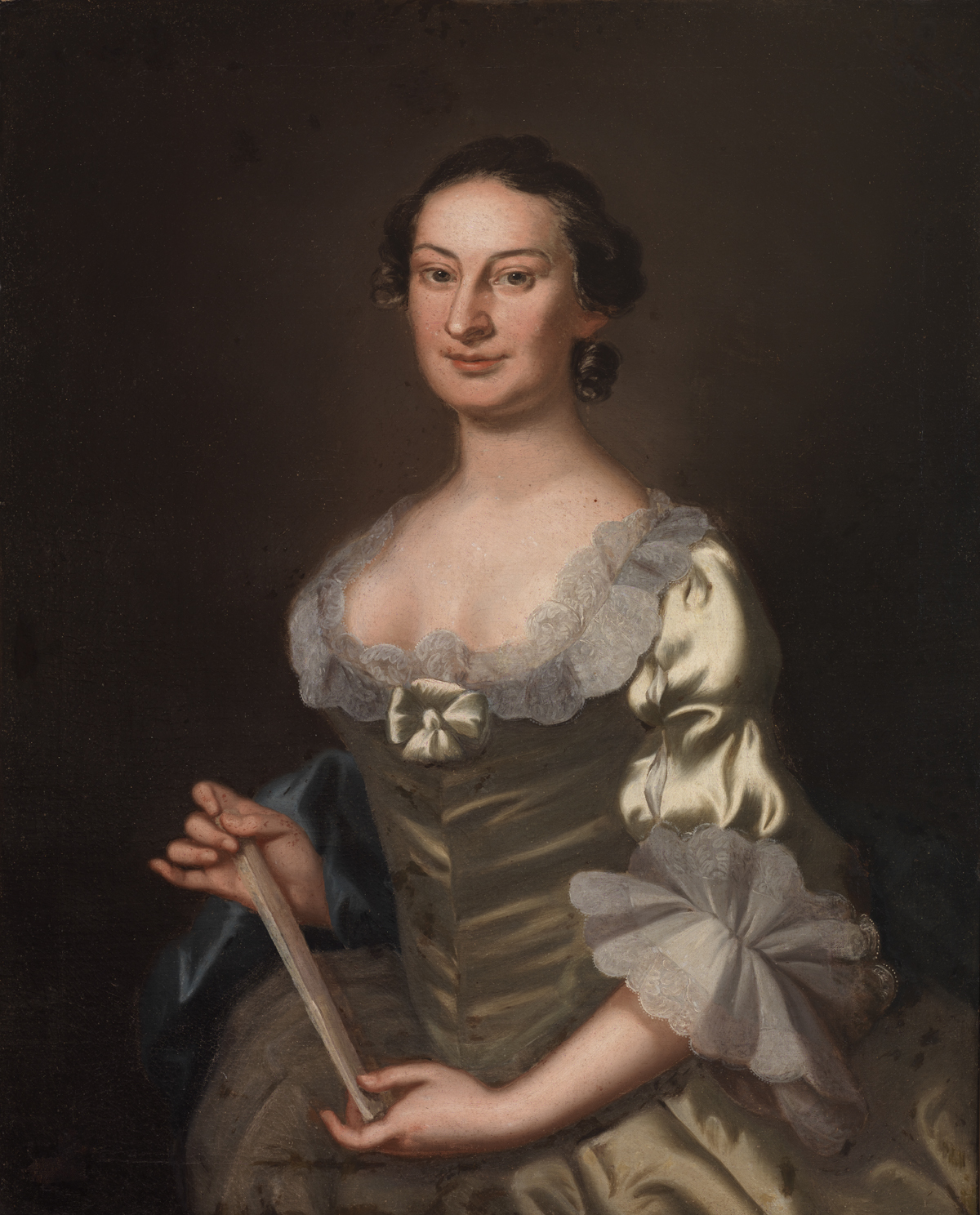 Elizabeth Harrison Randolph (Mrs. Peyton Randolph), c. 1755, by John Wollaston
By family tradition, this painting is identified as a portrait of Mrs. Peyton Randolph. With no proof to the contrary, it is reasonable to conclude that the sitter was in fact the wife of the famous Speaker of the House of Burgesses and president of the Continental Congress. If that attribution is correct, this portrait was commissioned by the builder of Wilton primarily because the sitter was his wife Anne's sister, a person in close contact with her Wilton relatives. In 1754, shortly before she would have sat for Wollaston, Betty Randolph had traveled with her husband to London. Her experiences there would have been a topic of conversation with the artist, for six years had passed since the painter had left his home. He responded to this amiable and well-traveled sitter by producing an outstanding (if now abraded) portrait, the quality of which survives in at least some of its details. (Gift of Kate Brander Mayo Skipwith Williams; VHS accession number: 1927.13)