The Commonwealth and the Great War

In 1917, Virginia-born President Woodrow Wilson brought the nation into war against the German, Austrian, and Ottoman empires.

The Commonwealth and the Great War tells the stories of individual Virginians who carried the state’s proud military tradition to the battlefront during World War I. 100,000 of them served; 3,700 died. Many more were injured. Thirty-nine percent of the draftees in 1918 were African Americans. Hundreds of Virginia nurses and doctors followed soldiers to Europe. Military facilities established in Virginia became essential centers for the war effort. Thousands labored at home to produce vital war supplies, and families tended “Victory Gardens” and rationed food to “make the world safe for democracy.”

Read a selection of featured stories from the exhibition. 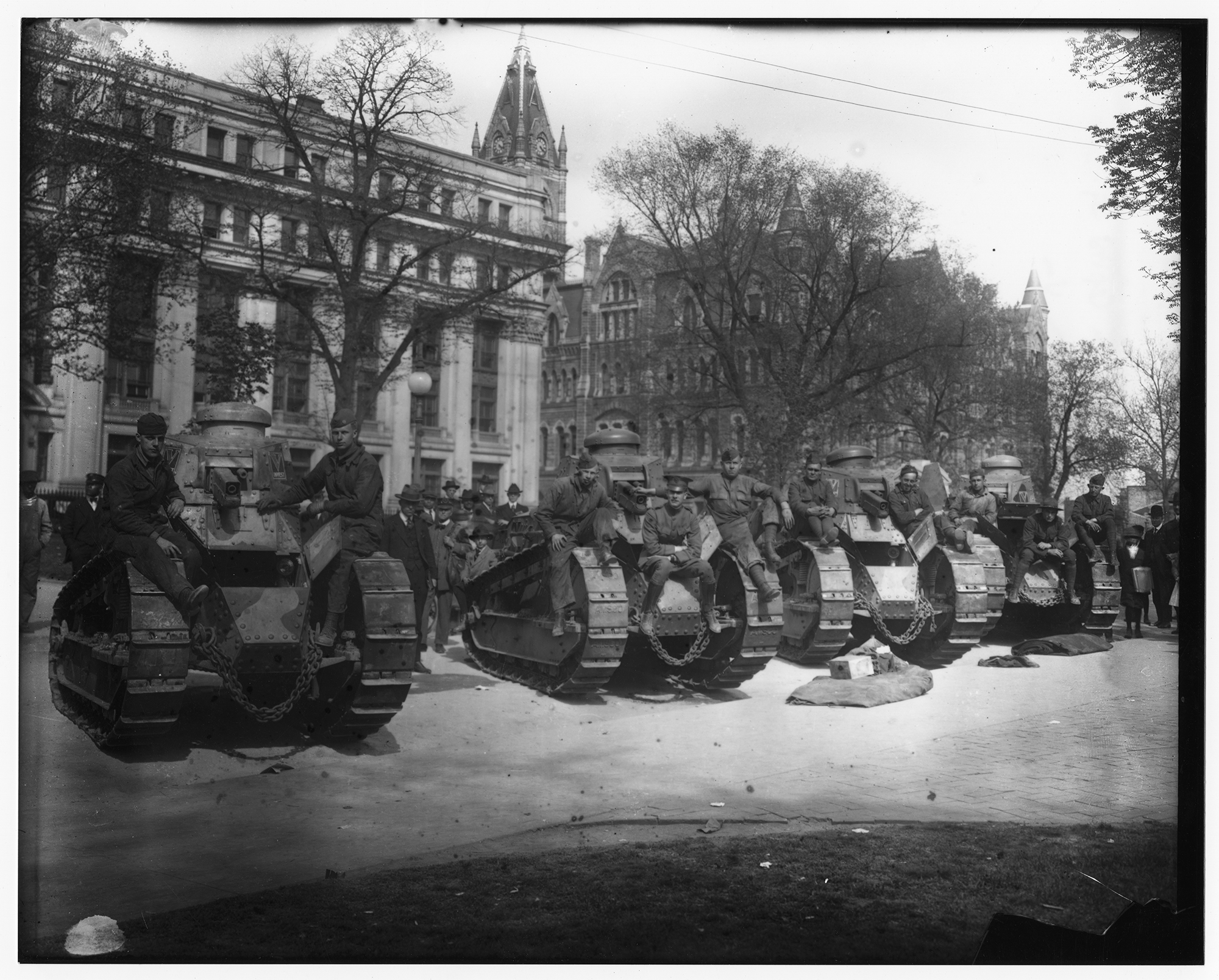 Victory Loan Tanks at the Virginia State Capitol, 1919, by Walter Washington Foster
To awaken interest in the Victory Loan drive, four tanks rolled down Main Street in Richmond on April 22, 1919, firing deafening blanks. The war was over, but money was still needed to retire the war debt and to bring American troops home. (VMHC 2001.230.1914)
Image 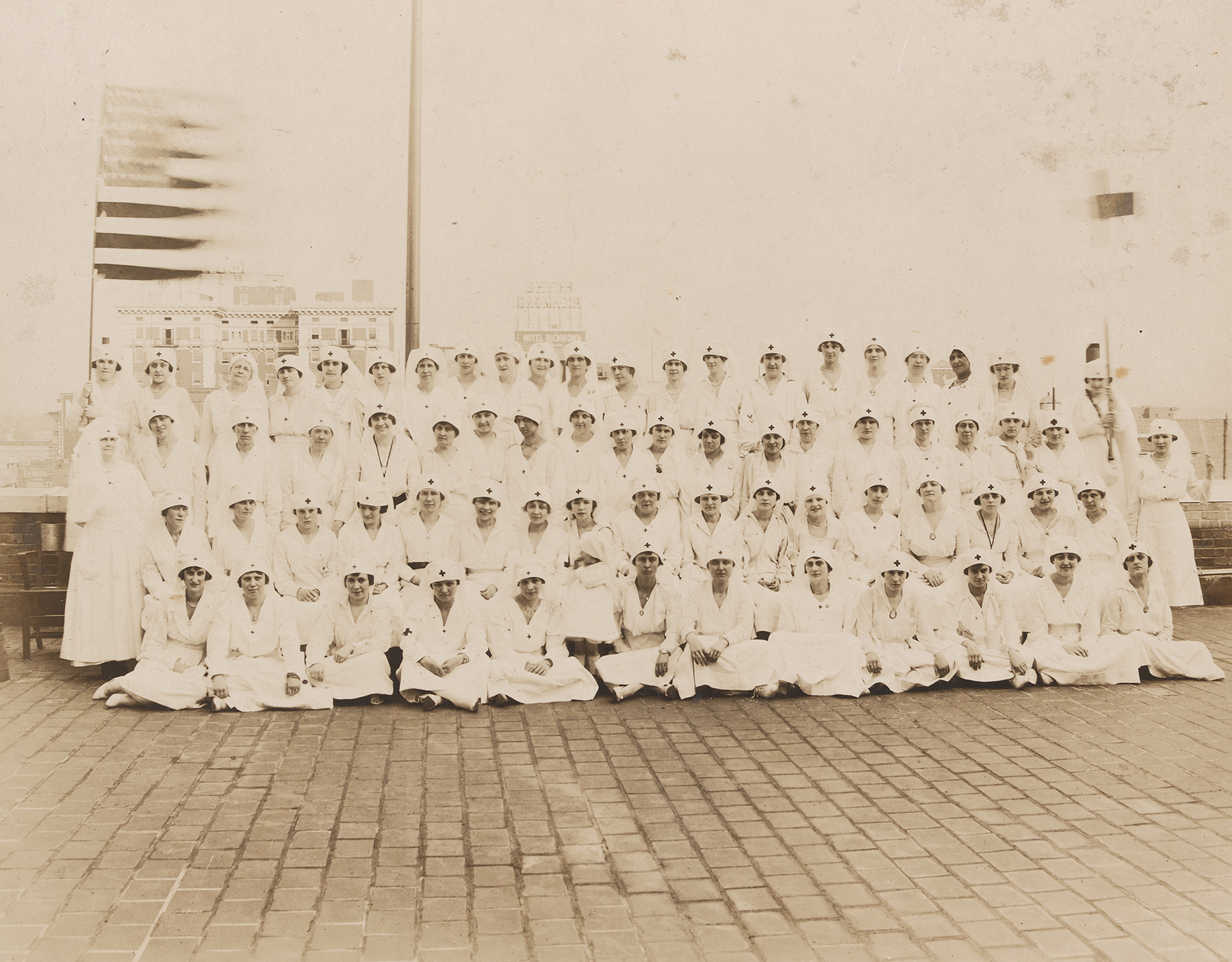 Nurses on the Virginia Homefront, about 1917
Although officially barred from military combat roles until very recently, American women participated in every war in a variety of ways, including caring for wounded soldiers. During WWI, more than 23,500 female nurses served. (VMHC 2003.309.5_v1)
Image 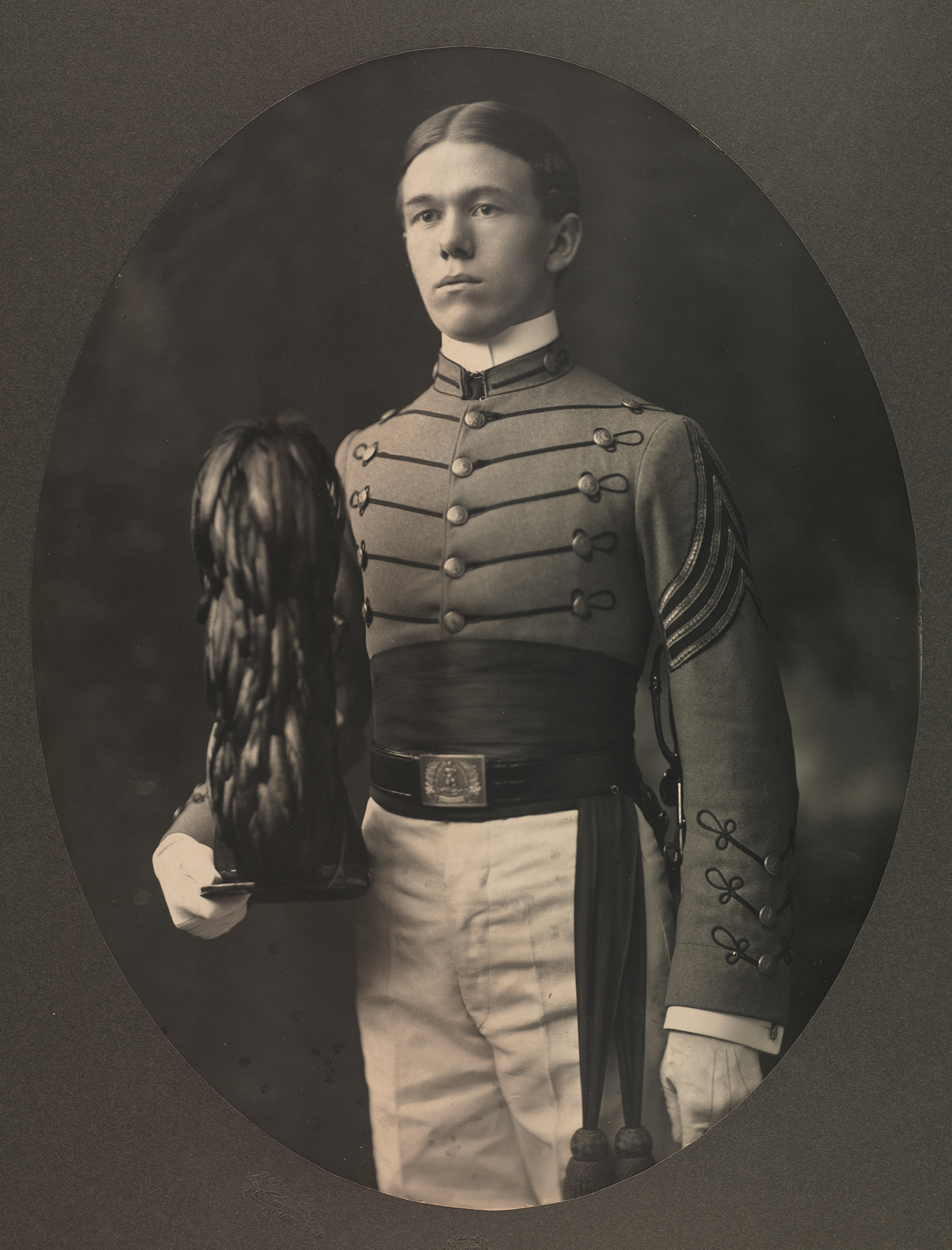 VMI Cadet George Catlett Marshall, 1901, by Michael Miley
A 1901 graduate of the Virginia Military Institute, Marshall directed the movement—without German knowledge—of 15 divisions of the army after the battle of Saint-Mihiel, thus initiating the decisive Meuse-Argonne offensive of 1918. (VMHC 1991.161.1207)
Image 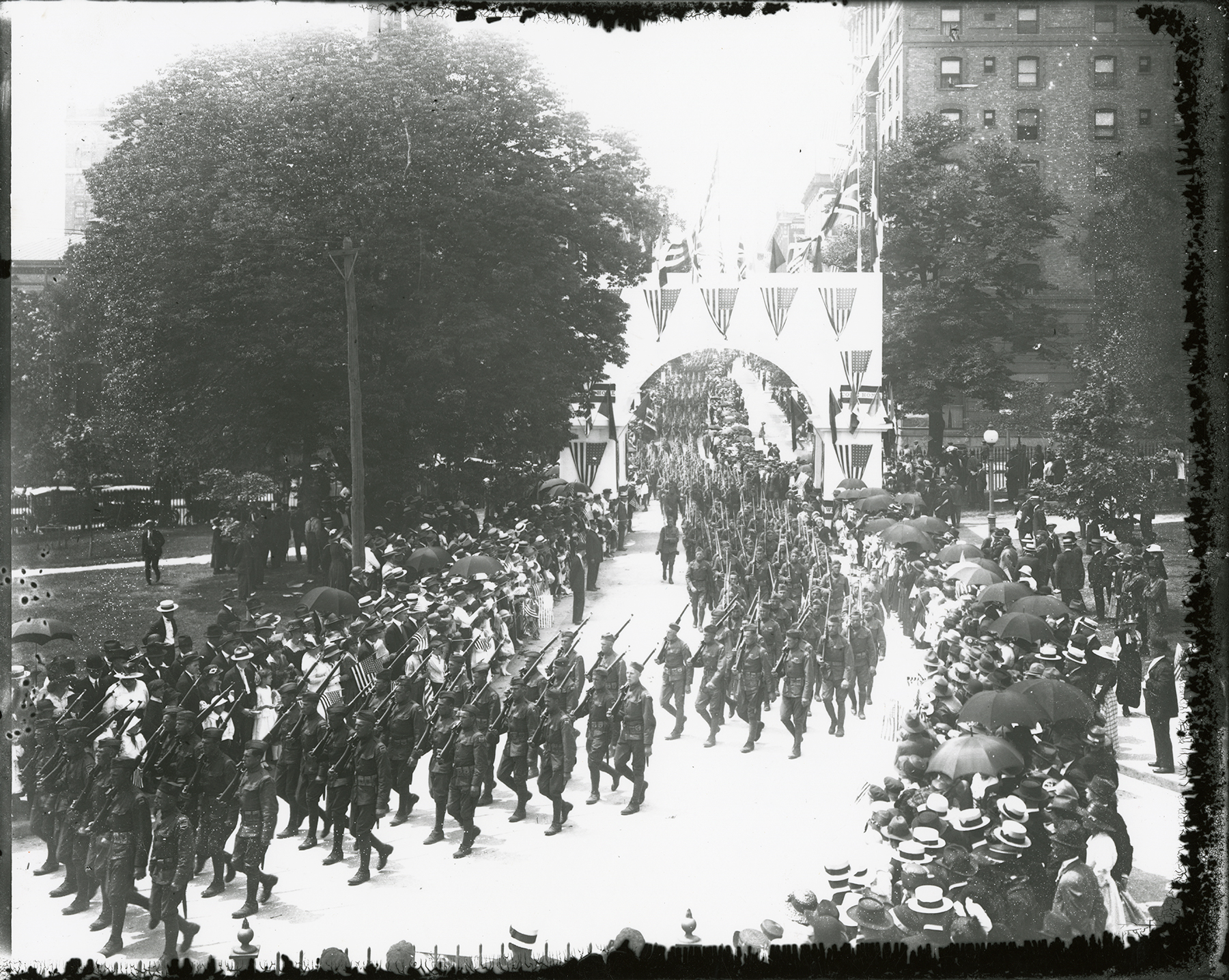 Photograph of Homecoming Parade, 1919, by Walter Washington Foster
The homecoming of Virginians who served in the 29th and 80th divisions was celebrated with two parades. Three victory arches akin to the massive Arc de Triomphe that troops had marched through in Paris were erected on Broad Street. (VMHC 2001.230.1917.B_v1)
Image 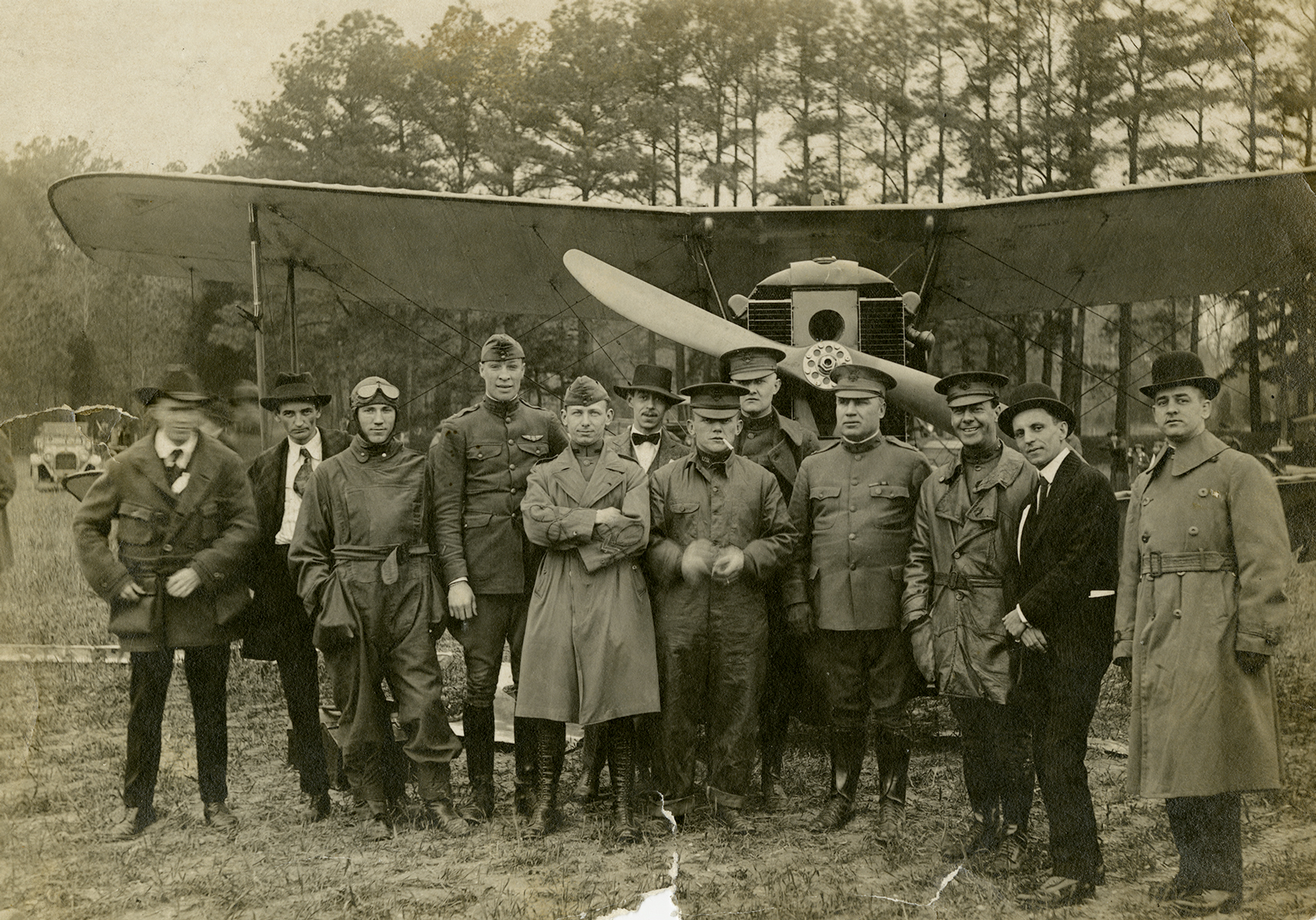 Lt. Sylvanus Ingram and an early biplane, about 1918–1920
The only man identified in the group who stand proudly in front of a spectacular Curtiss “Jenny” biplane is Lt. Sylvanus Ingram, the fifth figure from the left, who served as a pilot in France. He resigned in Oct. 1917 from as a student at VMI to enlist. (VMCH 2006.177.1)