War Stories: Commemorating the Centennial of World War I

World War I had a dramatic impact on the nation and our Commonwealth. For Virginia, perhaps one of the most significant legacies was the establishment of a sizable military presence within the state. The creation of major bases brought money, jobs, and an influx of Americans from other regions — a development that helped return the Commonwealth to national prominence.

On a more personal scale, every Virginia family was affected by the war in some way — the 100,000 who served abroad, the 3,700 soldiers lost, and the many thousands who supported their effort.

Since its 2018 exhibitions, WW1 America and The Commonwealth and the Great War, the VMHC has continued to collect stories demonstrating the impact of the war on Virginia and Virginians, including the following: 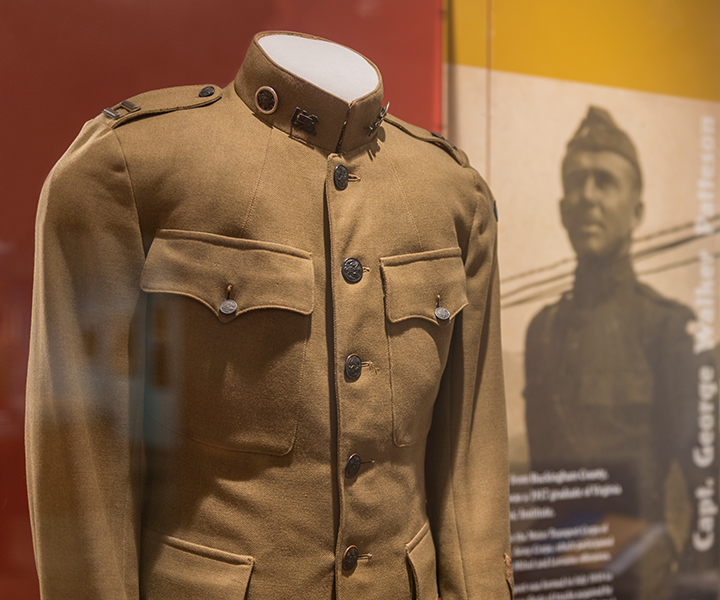 Although armies used automobiles and tanks, horses and mules continued to play a significant role throughout the war. Estimates suggest that more than 6 million horses were used as cavalry mounts or provided locomotion for ambulances, wagons, and artillery. The United States supplied more than one million equids to the war effort, and tens of thousands of these animals passed through the Front Royal Remount (Quartermaster) Depot during the war. The facility — located in the northern region of the Shenandoah Valley at the junction of two railroads and a major highway — was such an essential breeding and training facility that in 1915 a German plot was devised to poison the horses there using a contagious disease known as glanders. The biological attack was organized by a German-American doctor—Anton Dilger—who was born in Front Royal. His plot was unsuccessful. Fearing capture, Dilger fled to Mexico and then to Spain where, ironically, he died as a result of influenza in October 1918.

In 1909, Kiffin Yates Rockwell, a Tennessee native, enrolled at the Virginia Military Institute. After studying there for one year he entered nearby Washington & Lee University. Leaving college in 1911, he went to work in Atlanta. When war erupted in August 1914, twenty-two-year-old Kiffin and his brother Paul, joined the French Foreign Legion and by October they were in the trenches of the Western Front. In May 1915, Kiffin was wounded at La Targette and after recovering he joined the French aviation service. In April 1916, he became one of the founding pilots in the Lafayette Escadrille, and the following month he became the first American pilot to shoot down an enemy plane. His final combat took place on September 23, 1916, when his Nieuport was downed by the gunner in a German Albatross observation plane. He was buried with honors at the squadron’s field at Luxeuil-les-Bains.

It is well known that Woodrow Wilson was a native Virginian. Perhaps less well-known is that Edith Bolling Galt, the president’s second wife, was a native of Wytheville, Virginia. The couple was married in December 1915, and during the war Edith led the nation by example as a volunteer with the Red Cross. Heeding her own call to “reduce living to its simplest form” and preserve resources for the war effort, the Wilsons famously brought in sheep to graze on the White House lawn to free gardeners for wartime duties, and then auctioned the wool to bring in $100,000 for the Red Cross. When President Wilson suffered a severe stroke in October 1919, Edith began to screen all matters of state and decided which were important enough to bring to the bedridden president. In doing so, she de facto ran the executive branch of the government for the remainder of the president’s second term, until March 1921. 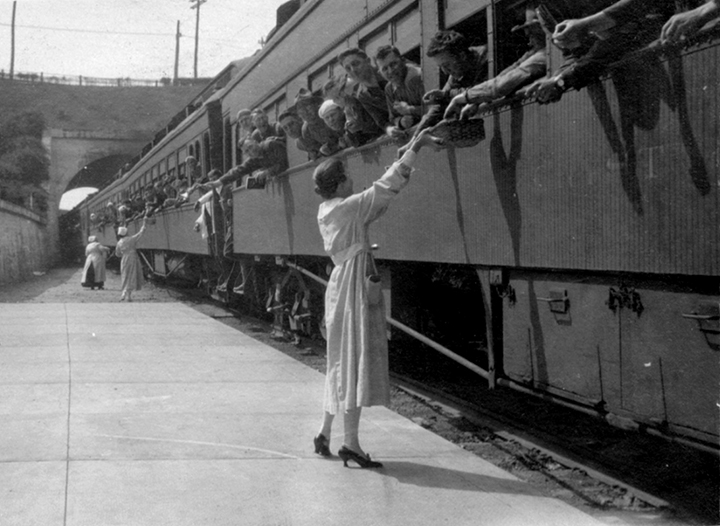 Lynchburg, Virginia, was a critical railroad hub that connected Danville, Richmond, Lexington, and Newport News. In September 1917, local women began serving sandwiches and coffee to the thousands of troops passing through the city on transport trains. After a few months the U.S. Army recognized the effort and assigned the stop as an official canteen. The American Red Cross stepped in to assist with food purchases and distribution. 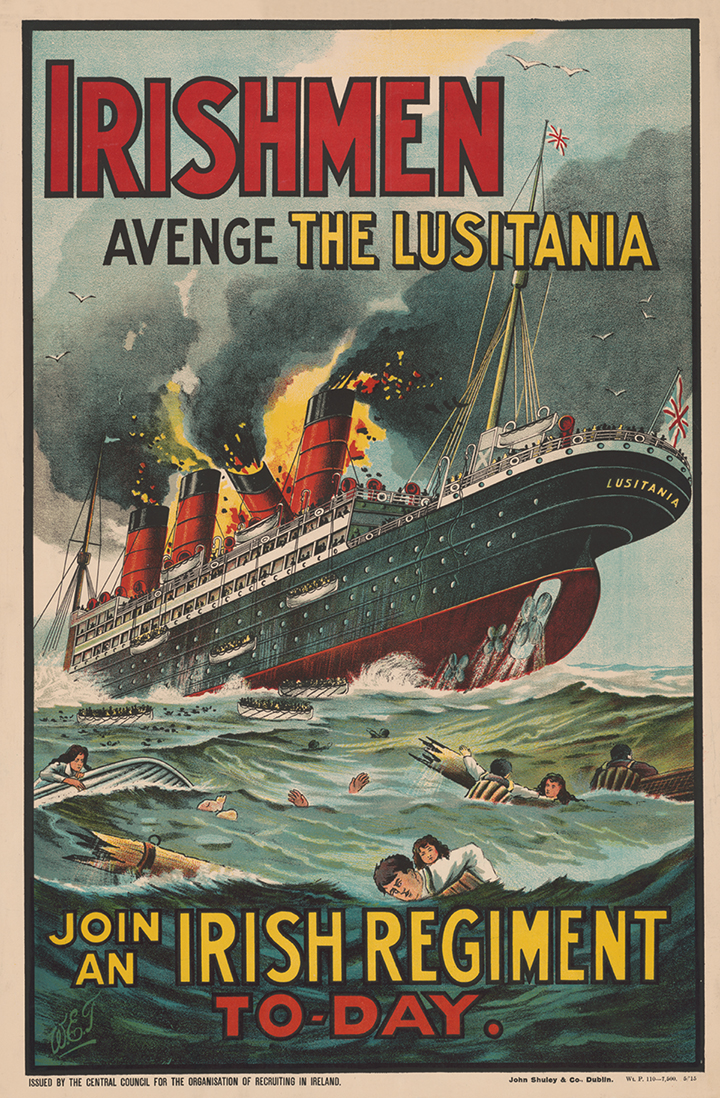 VIRGINIANS ON THE LUSITANIA

The sinking of the R.M.S. Lusitania by a German submarine in May 1915 resulted in the deaths of more than 1,193 of the 2,000 passengers, including 124 Americans. The incident turned public opinion in the United States against Germany. Forty-four-year-old Albert Lloyd Hopkins, president of the Newport News Shipbuilding and Drydock Company, was in Britain to negotiate contracts for armor plates for battleships. Hopkins was returning to New York on the Lusitania. His body was recovered and returned to the United States for burial. Charles T. Hill of Richmond was also aboard and on the deck when the torpedo struck the ship. He narrowly avoided death — despite his lifeboat capsizing as it entered the water.