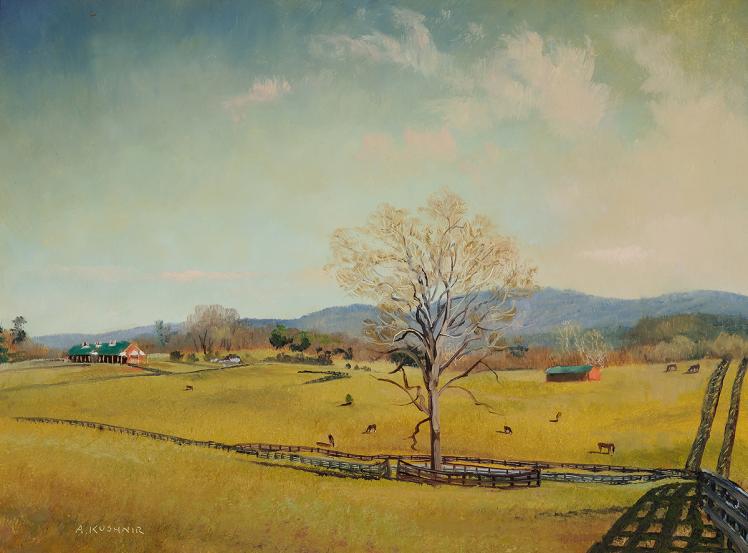 "Oh, Shenandoah: Landscapes of Diversity" explored the Shenandoah Valley as a landscape of American diversity, settlement, and conflict through landscape paintings by artist Andrei Kushnir. The exhibition highlighted how the story of our nation’s mixing of cultures remains spread across a spectacular natural setting, following the stories of pioneers of English, German, Scots-Irish, French, and African descent who moved into the Valley in waves of settlement and established a legacy of remarkably-varied religious beliefs. It also examines the lingering impacts of the Civil War. In the gallery, guests could hear musical recordings by nationally-known Old Time Banjo artist Dan Gellert specifically created to accompany Kushnir's works.

After experimenting with various media, Andrei Kushnir started painting in oils in 1980 and quickly discovered the joys of painting landscapes outdoors, en plein air. Essentially self-taught, Kushnir developed a naturalistic, realist style that focuses on the American landscape. Along with painting the Shenandoah Valley, he has also painted along the shores of Maine, New York, Cape Hatteras, and Florida’s Gulf Coast, as well as in the Western U.S. states, particularly Colorado, New Mexico, and Arizona. His work has been exhibited across the United States.

Kushnir is one of the most accomplished artists to have painted the Shenandoah Valley of Virginia, capturing both its beauty and complex history. Historian Ed Ayers stated in one of the exhibition catalog’s essays, “Kushnir’s luminous images represent time as a living presence on the land. Many of the paintings carry shadows of history that are meaningful and haunting.”

Learn more about one of the exhibition's featured paintings in this article: A Closer Look — Harpers Ferry.

Home on the North Fork, Overlook at the New Market Battlefield
Image 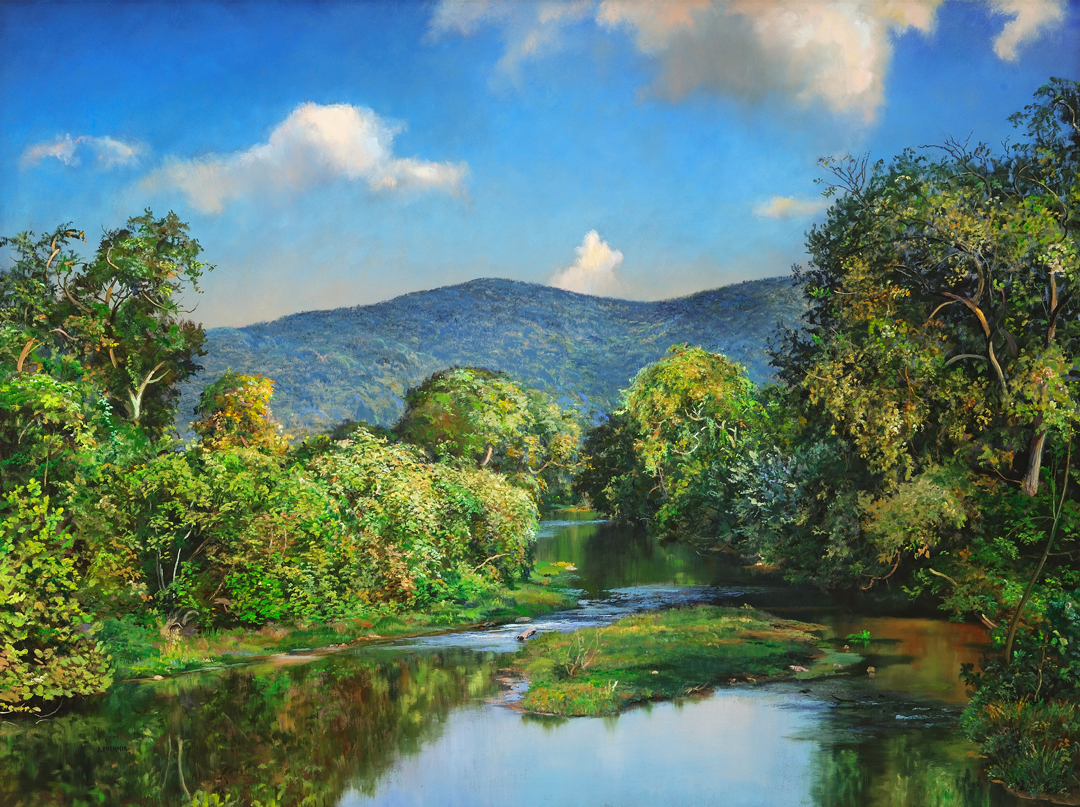 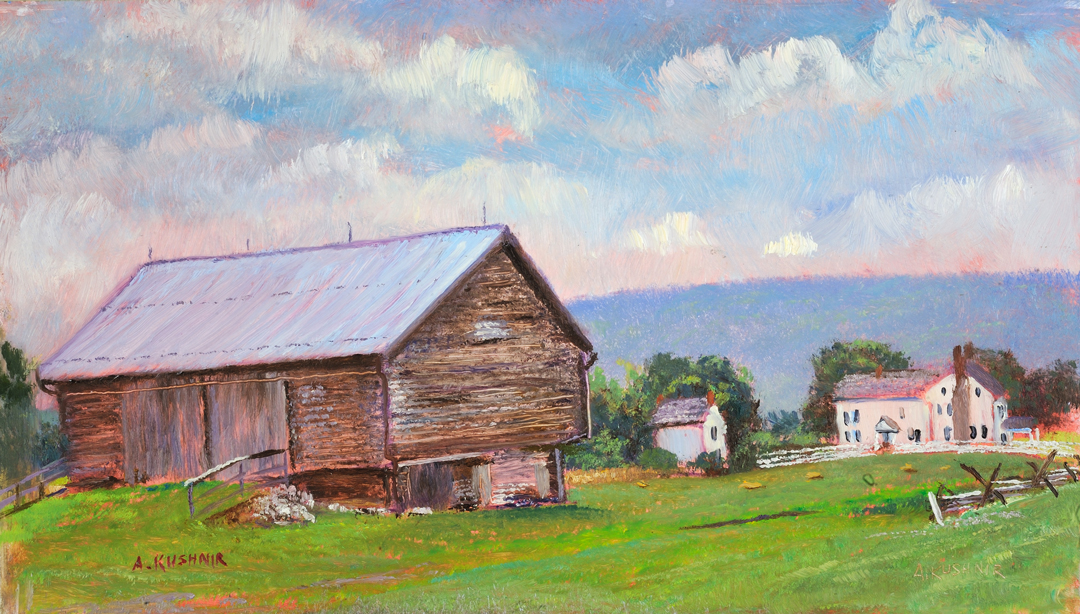