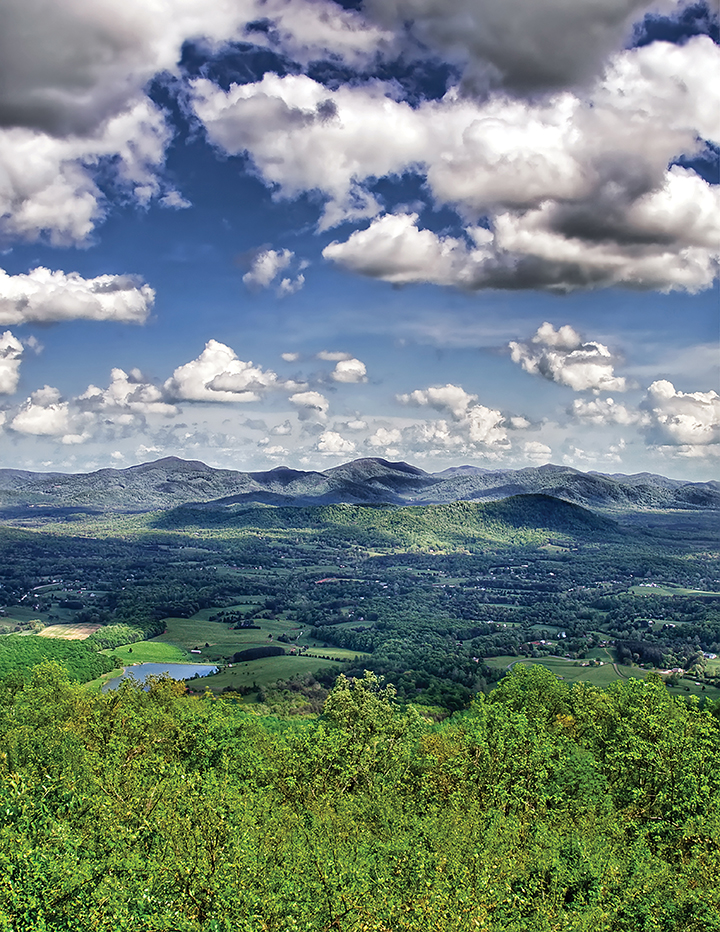 The landscape of the state is enchanting and, when threatened, Garden Club members unite to educate themselves and the public to preserve all that is beautiful in Virginia.  In 2020, the Virginia Museum of History & Culture (VMHC) hosted the exhibition, A Landscape Saved: The Garden Club of Virginia at 100, which explored the history of the Garden Club of Virginia (GCV) from its founding in 1920 to the present and the ways in which it has advocated and acted to save the beauty of our land.

There is no denying that the natural beauty of Virginia is enthralling. As Europeans settled on land that the indigenous people had understood for centuries, they put their signature on the topography. They developed an agricultural economy that molded the future of the state. As the colonists extended their conquest from the Tidewater to the Piedmont and beyond (remember that all land to the west was Virginia), they made adaptations for their needs and what the land required of them. Beginning in the 18th century, artists captured the beauty of Virginia. The landscape paintings featured at the VMHC reveal the variety of terrain and climate that characterizes Virginia’s five distinct physical regions: the Coastal Plain (Tidewater), the Piedmont, the Blue Ridge Mountains, the Valley, and the Appalachian Plateau.

Tobacco production, while the most valuable economic driver, took a toll on the land in 17th-century Virginia. By the 18th century, agriculture had expanded and the economy rose to depend on iron exportation, coal, and flour, moved by the rivers and then, in the 19th century, the railroad. Automobiles allowed for increased transportation and mobility in the 20th century. Goods and people could be moved more quickly. There were positive and negative consequences to this modern change. 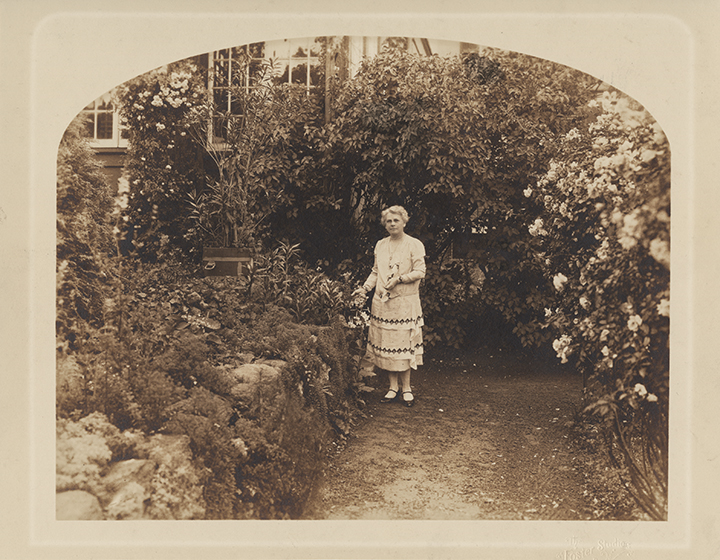 Juanita Patterson, First President of the GCV, 1920–22. The idea to form a federation of clubs originated with Patterson, one of the first to develop her own modern garden—one that encompassed 100 acres in Richmond and was deemed a “showplace” of Virginia. Patterson was a visionary who believed in service to the community. (Image courtesy of the Garden Club of Virginia)

The women of the GCV noticed how new roads brought about an alteration to the landscape with signs and billboards, and they were concerned for the preservation of the natural beauty of the state. Women of action, they lobbied for limits on the placement of billboards and personally removed signs along the roads. Legendary stories from the mid-1930s tell of Garden Club members wielding axes to remove billboards and painting over advertisements that had been painted on rocks.

To preserve the natural beauty, they drew upon tourism. To this day, revenue from tourism is vital to Virginia’s economy. An economic impact study (Chmura Economics and Analytics 2019) credits GCV’s Historic Garden Week with $518 million in economic impact to the state since 1969, and $12.5 million each year. The first Historic Garden Week was held in 1929 and drew visitors from all over the country on a pilgrimage to historic houses. The first tour funded the restoration of the grounds at historic Kenmore in Fredericksburg, home of Fielding and Betty Washington Lewis, sister of George Washington. Stratford Hall, the Lee family home, followed.

This was the essence of inspiration that has led to the restoration of 50 historic properties, including homes of four Presidents of the United States, historic churchyards and cemeteries, Virginia’s Executive Mansion, courthouse grounds, college and university campuses, a mill, and significant gardens from the Eastern Shore to the Blue Ridge. Many, but not all, are 18th-century historic resources. In light of modern interpretations, recent restoration projects such as the Valentine-Jackson Memorial garden at the Executive Mansion and the Mulberry Row kitchen road restoration at Monticello have attempted to complete the story of all those who lived at these important sites. The preservation focus has also extended beyond the state’s borders. Proceeds from the GCV have been shared with Charleston, South Carolina, and New Orleans, Louisiana, after Hurricanes Hugo and Katrina. Monetary aid was sent to England and France during WWII. 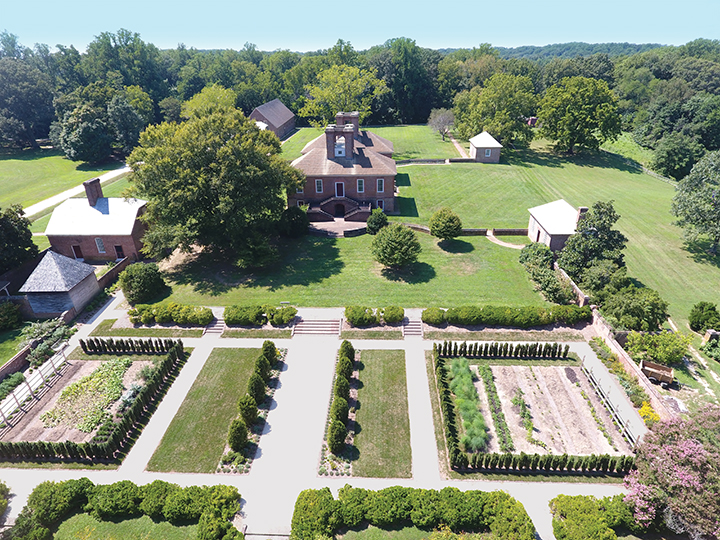 Restoration of the East Garden at Stratford Hall, 2020. Image courtesy of Matt Peterschmidt.

A green arrow sign has been consistently employed to guide visitors to Historic Garden Week sites. The Garden Club members have likewise embraced a green vision, one of conservation and beautification. To the Garden Club members, the view of the landscape was, and remains, extensive. It is an understanding that passionately embraces the natural world and works to preserve clean air and clean water.

The GCV has lobbied to preserve scenic areas of the state. The early efforts of the GCV with various conservation partners led to land being set aside for national and state parks, to the preservation of the Goshen Pass in Rockbridge County, and the Ball Bill, protecting native plants, being passed. Today the Club monitors environmental threats attributed to climate change, advocates for the continuation of the moratorium on uranium mining, and focuses on responsible land use planning.

The Club’s East Franklin Street headquarters in Richmond, the Kent-Valentine House, is an example of preservation leadership. In 1971 the house was destined for destruction, a fate met by many old homes in Monroe Ward. The GCV purchased the house, eventually renovating it as its headquarters and launching a revitalization of this neighborhood in downtown Richmond.

The 48 member clubs that compose the Garden Club of Virginia embody these principles at the local level across the Commonwealth. Club projects have beautified city parks, renovated locally significant gardens, improved wetlands, initiated litter control, and educated youth through nature camps, to name a few. The landscape of the state is enchanting and, when threatened, Garden Club members unite to educate themselves and the public to preserve all that is beautiful in Virginia.

This article was written by Jeaneatte Cadwallender, while member of the VMHC Board of Trustees and past President of the Garden Club of Virginia, for Virginia History & Culture Magazine, Spring/Summer 2020.