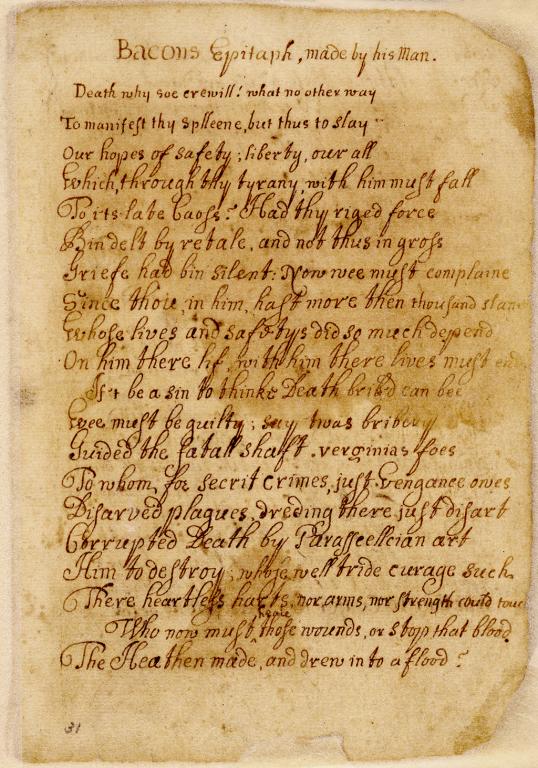 "Bacon's Epitaph, made by his Man" is called the first American poem, and eulogizes Nathaniel Bacon, leader of Bacon's Rebellion in 1675–76. Some historians interpret the rebellion as a proto-democratic movement against Governor Berkeley's autocratic regime. Others see it as merely a pretext to seize Indian land.