A Beardless Boy of Seventeen Years 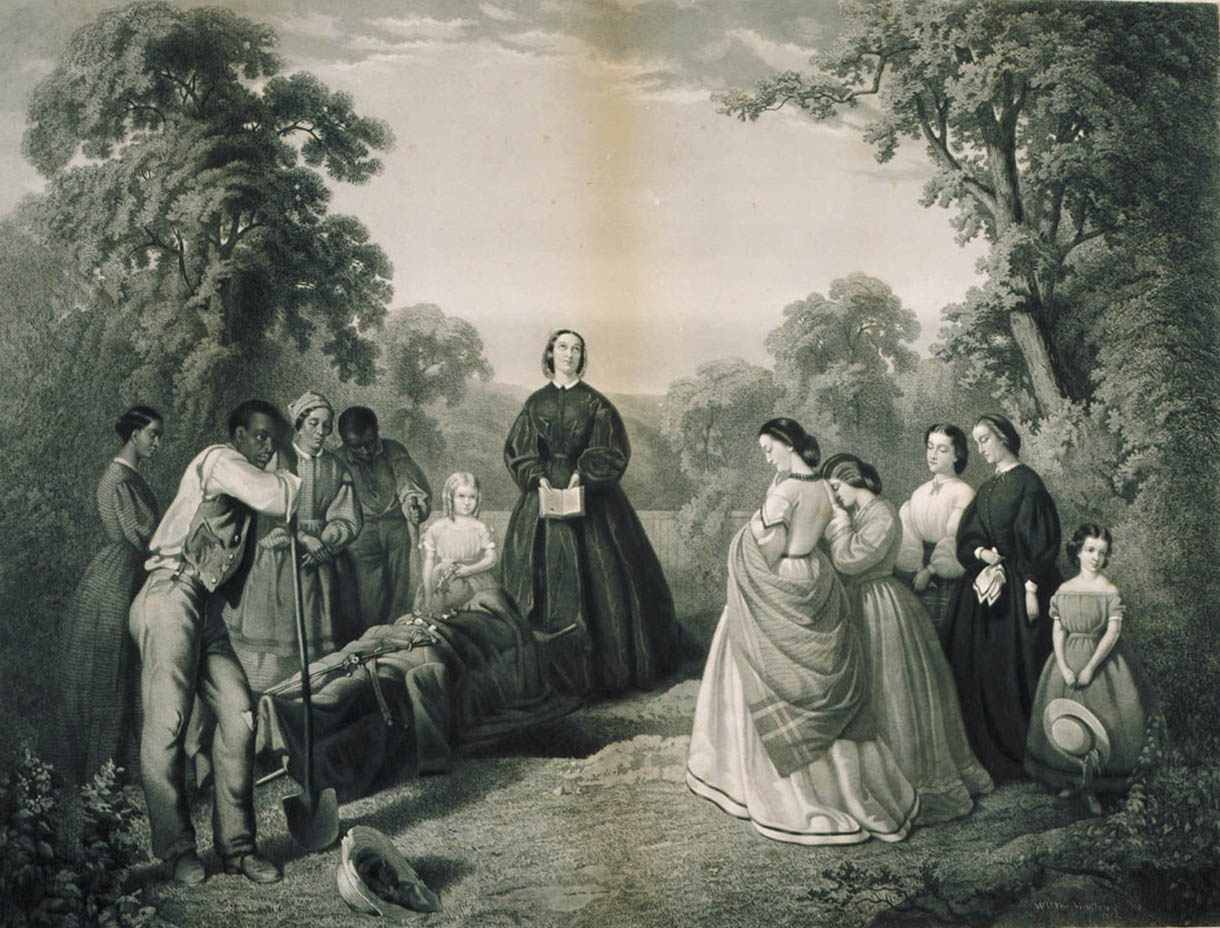 Even before Aristophanes wrote of Lysistrata’s plan to end the Peloponnesian War (431–404 BCE) by convincing the women of Greece to withhold sex as a means of forcing men to negotiate peace, it was well known that the support—and consent—of mothers, sisters, and wives was crucial to the prosecution of war. While conducting research for a former VMHC exhibition, An American Turning Point: The Civil War in Virginia, curator William Rassmussen discovered that little had changed as Americans prepared to engage in civil war.

Ann Catron (Ketron) wrote to her son in May 1861: "With all the timidity due to my sex, I am ready to offer you up in defense of your country’s rights and honor; and I now offer you, a beardless boy of 17 summers, —not with grief, but thanking God that I have a son to offer."

The editors of the Winchester Virginian, in which the letter was printed, went on to write, “we venture to assert, [that son] will never let a Black Republican emissary of Lincoln’s see his back.” The excerpt was reprinted in Richard R. Duncan’s Beleaguered Winchester: A Virginia Community at War, 1861 – 1865 (Louisiana State University Press, 2007), and the VMHC became very curious about what happened to that “boy of 17 summers.”

Considering the letter was printed in a Winchester newspaper, archival search began with the 1860 U.S. Federal Census where it was quickly discovered that there were no Catrons (or Ketrons) living in Winchester. There were, however, two entries in the census for an Ann Catron (Ketron). One was from Washington County, the other from Wythe County. The Ann Catron from Wythe County was nineteen years old and, therefore, too young to have been mother to a “boy of 17 summers.”

On July 30, 1860, the household of Christopher S. Ketron, a forty-three-year-old farmer from Washington County, was recorded in the Virginia census records. His household consisted of twenty-year-old Elizabeth, a seamstress; eighteen-year-old Nancy, a spinster; fifteen-year-old Francis, a farmer; and a thirteen-year-old girl, only identified as “member.” Thanks to a suggestion from a VMHC archivist, Margaret Kidd, the team went back to the 1850 Census and identified the mystery girl as Freelove Ketron.

The census-taker also recorded Christopher’s wife, thirty-eight-year-old Ann and their seventeen-year-old son, Andrew. On May 14, 1861—with his mother’s blessing— eighteen-year-old Andrew enlisted in Company D of the 1st Virginia Cavalry (listed as Andres P. R. Catron). After a year of service, he, like so many others, contracted dysentery, and he was hospitalized in Richmond for seventeen days. Andrew returned to his regiment on June 10, 1862—just in time to participate in Confederate general J. E. B. Stuart’s ride around McClellan. With the men of the 1st Virginia Cavalry, he fought at Brandy Station, Gettysburg, Todd’s Tavern, and Spotsylvania Court House, where he was wounded on May 8, 1864. He returned to duty two months later and was with the regiment in August 1864 but not listed as surrendering with the army at Appomattox. Andrew died in Washington County, Virginia, on September 12, 1871, at the age of twenty-eight.