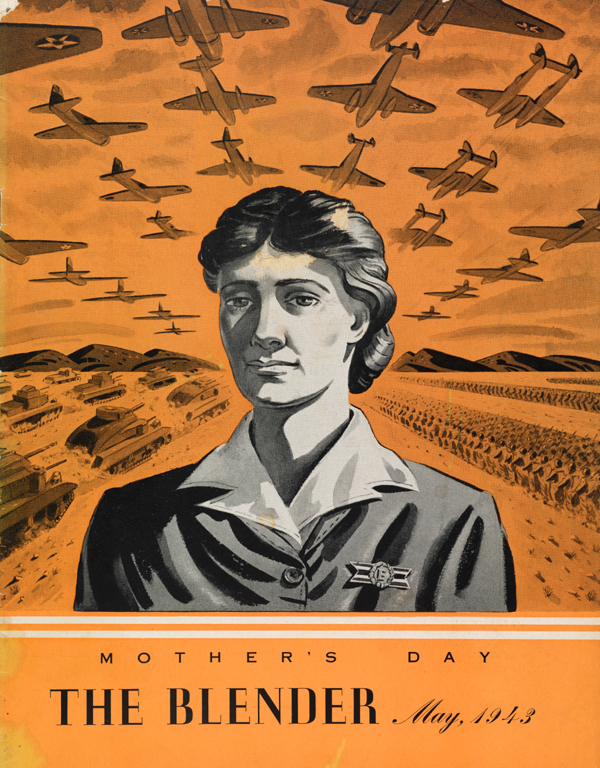 Martinsville was once the site of the world's largest nylon plant, built by the DuPont Corporation to keep up with demand for its new product, women's nylon hosiery. The Martinsville plant opened in 1941, and the first pair of stockings produced was sent to Eleanor Roosevelt. During World War II, production shifted to national defense, and the plant churned out items from parachutes to B-29 bomber tires. Boom times continued through the 1960s, only to be followed by a sharp economic downturn. After several years of downsizing, DuPont closed the plant in 1998.

The Blender was the newsletter of the Martinsville plant. Because it was published "by, and in the interest of all employees," it offers insights into world events and local culture from a worker's perspective.

During World War II, management ran stories encouraging employees to increase production and prevent waste in order to keep the armed forces supplied with well-made parachutes. In the 1950s, stories about bond sales, blood drives, and the accomplishments of the growing female work force gave way to articles about family life and plant safety.