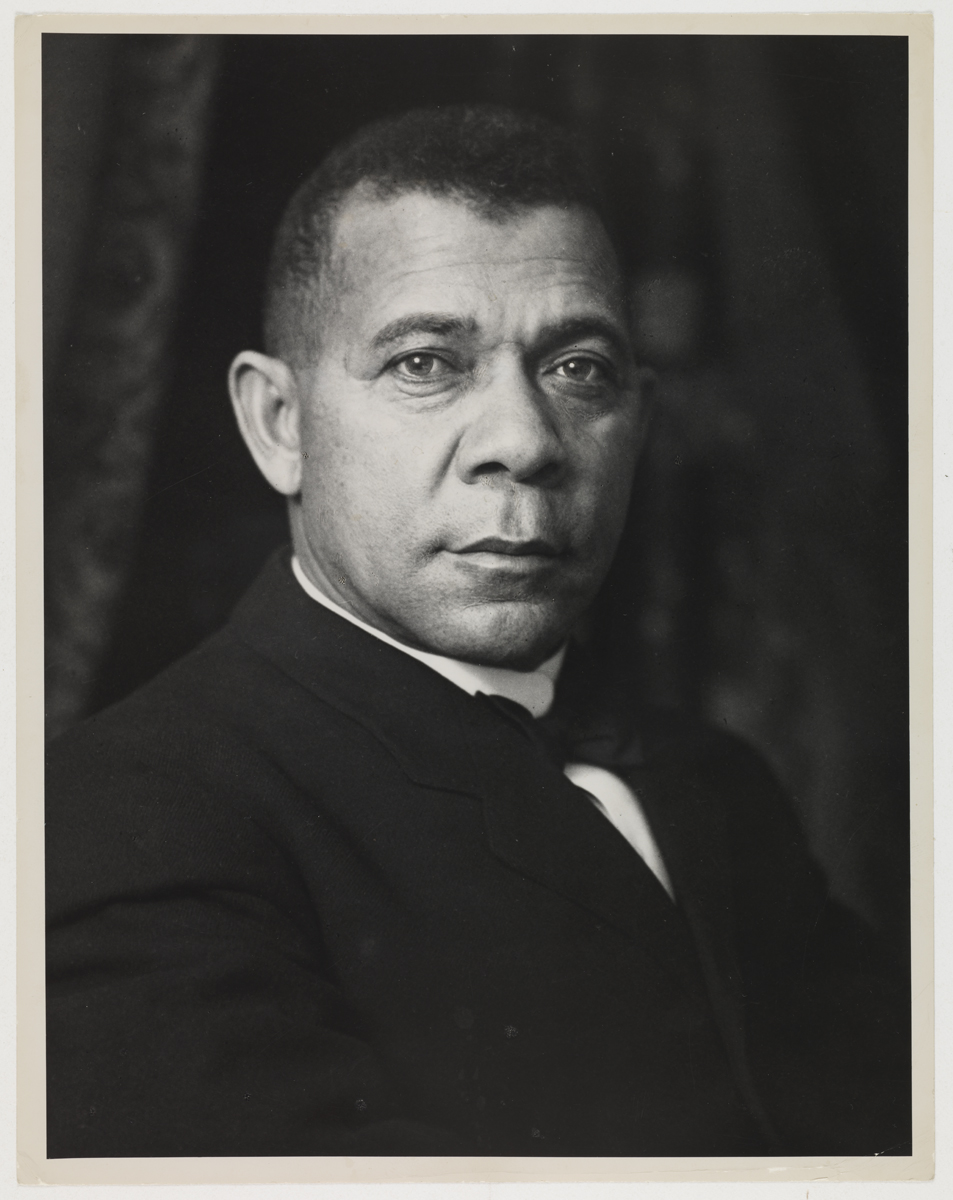 Booker T. Washington (1856–1915) was born enslaved on April 5, 1856, in Franklin County, Virginia. After emancipation, he lived for a time in West Virginia before attending Hampton Institute from 1872 to 1875. After graduation, he taught school.

In the face of racial hatred, segregation, and disenfranchisement, Washington contended that it was unrealistic for African Americans to gain entry to America's white-collar professions. Instead, they should establish themselves as a skilled and indispensable laboring class. Then, he believed, political and social inequities would disappear.

In 1881, Washington put his theory to the test. Placed in charge of a fund of $2,000 for the establishment of a school in Alabama, he founded Tuskegee Institute. As this venture grew into a thriving complex of classrooms and workshops, Washington's philosophy gained wide currency. By the early 1900s, the "Tuskegee idea" represented the mainstream in African American education, and since the death of Frederick Douglass, Washington had become the most visible spokesman for his race. By the time of his death on November 14, 1915, however, other blacks such as W. E. B. Du Bois had come to reject Washington's philosophy as too timid and too gradual.