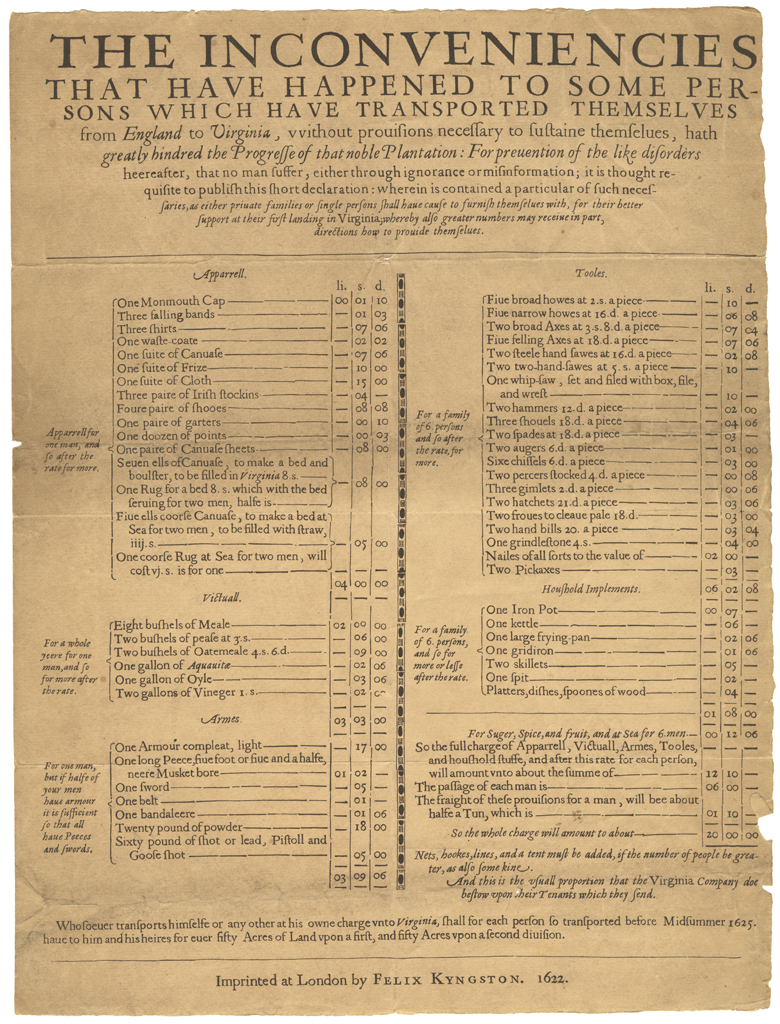 1622 broadside about the journey from London to Virginia (VMHC Broadside.1622.1)

Broadsides, or broadsheets, are items printed on one side of a sheet of paper and generally posted or distributed as advertisements or bulletins. They were an effective means of connecting people and conveying information. Often broadsides reported newsworthy events or provided additional information or instructions, as this example illustrates.

This 1622 broadside was printed in London to alert potential emigrants of the items they would need to survive in the alien land of Virginia. It reflects the goods deemed essential for life in the "new world" and their cost in terms of pounds, shillings, and pence. The list consists of five different categories: apparel, victuals (food), arms, tools, and household implements. The combined expense of necessary supplies and passage to Virginia was estimated at twenty pounds.

The broadside also makes reference to criticisms the Virginia Company had been facing: "The inconveniencies that have happened to some persons which have transported themselves from England to Virginia, without provisions necessary to sustaine themselves." Once tobacco became a profitable export, the Virginia Company sent ships to Virginia laden with men rather than necessary supplies. Between the years 1619 and 1622, an estimated 3,000 people died from want of proper shelter and food and/or the "pestilent" voyage.