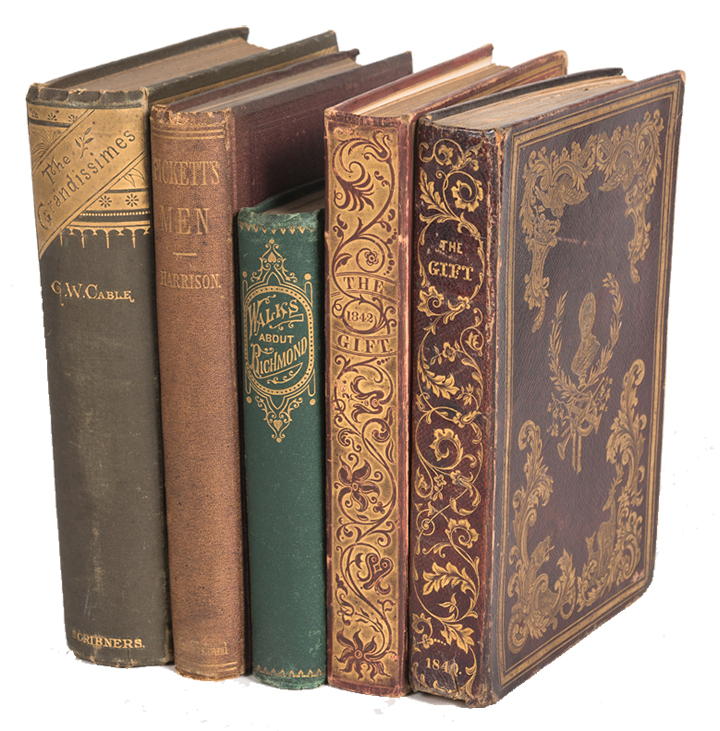 Books from the Brook Hill collection.

In 2018, the VMHC was gifted an extraordinary collection of books, documents, and art associated with the Stewart and Bryan families of Richmond, Virginia. The collection­—which contains more than 2,300 volumes and nearly 12,000 manuscript items, including personal correspondence, business records, and photographs­—spans three centuries of Virginia history and will serve as an invaluable resource for researchers and museum guests.

The collection traces the families’ lineage beginning with Bryce Stewart (1757 – 1827) of Rothesay, Scotland, whose two sons, John Stewart (1806 – 1885) and Daniel Stewart (1809 – 1889), immigrated to the United States and settled in Richmond to join their uncle as tobacco merchants. John and Daniel later formed a partnership and invested in numerous enterprises, including the tobacco trade, railroads, turnpikes, and real estate. The collection contains their business correspondence, including rare documents associated with the slave trade in Virginia and Tennessee. Also prominently featured are multigenerational records documenting daily life at Brook Hill, the family ancestral home in Henrico County, Virginia. 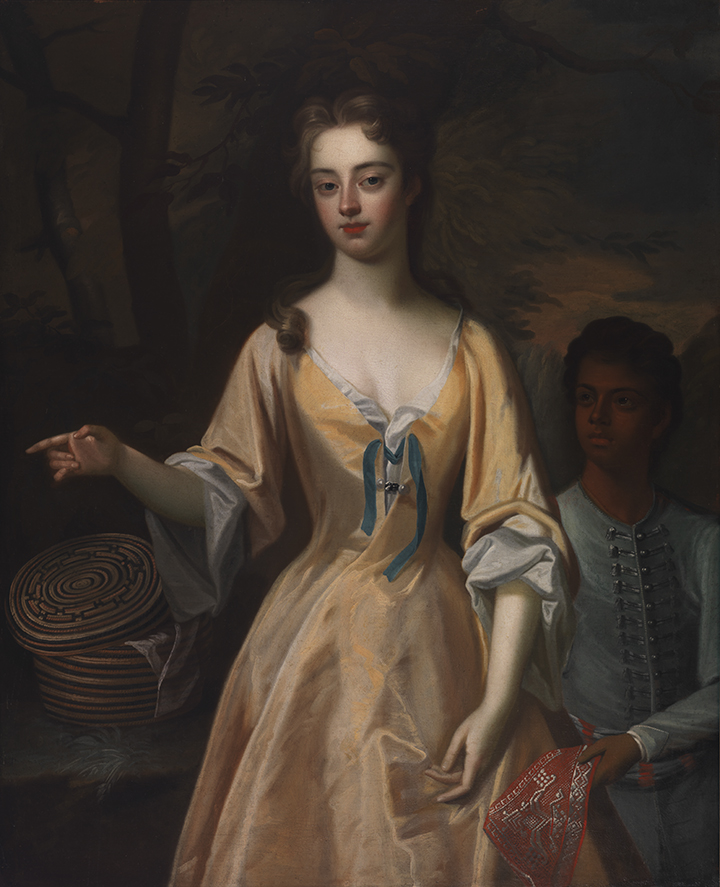 The descendant Bryan family archive also documents several generations, including journalist and author Joseph Bryan III (1904 – 1993). Educated at Princeton, he contributed to numerous national publications including Time, Fortune, The Saturday Evening Post, and The New Yorker. His papers include his correspondence with such illuminati as the Duke and Duchess of Windsor, authors E. B. White and Tom Wolfe, humorist Al Capp, and actresses Helen Hayes and Katherine Hepburn.

An additional gem of the manuscripts collection is a group of nearly 600 items containing materials related to Robert E. Lee’s service in Western Virginia in 1861 as coordinator of the Confederate Army of the Kanawha and the Army of the Northwest. Among these letters is Lee’s response to Rabbi M. J. Michelbacher of Richmond who requests the furlough of all Jewish soldiers for the High Holy Days.

The Brook Hill collection also includes a significant work of art, an oil-on-canvas portrait of Lucy Parke Byrd (1678 – 1716) and an unidentified enslaved person. Lucy was the first wife of William Byrd II (1674 – 1744), a prosperous Virginia planter and surveyor who helped establish the city of Richmond. The portrait, which is currently on view in The Story of Virginia exhibit at the VMHC, was likely painted in London in 1716, the year she died of smallpox at the age of twenty-nine.