Care Beyond National and Color Lines: Filipino Nurses in Virginia Across the 20th Century 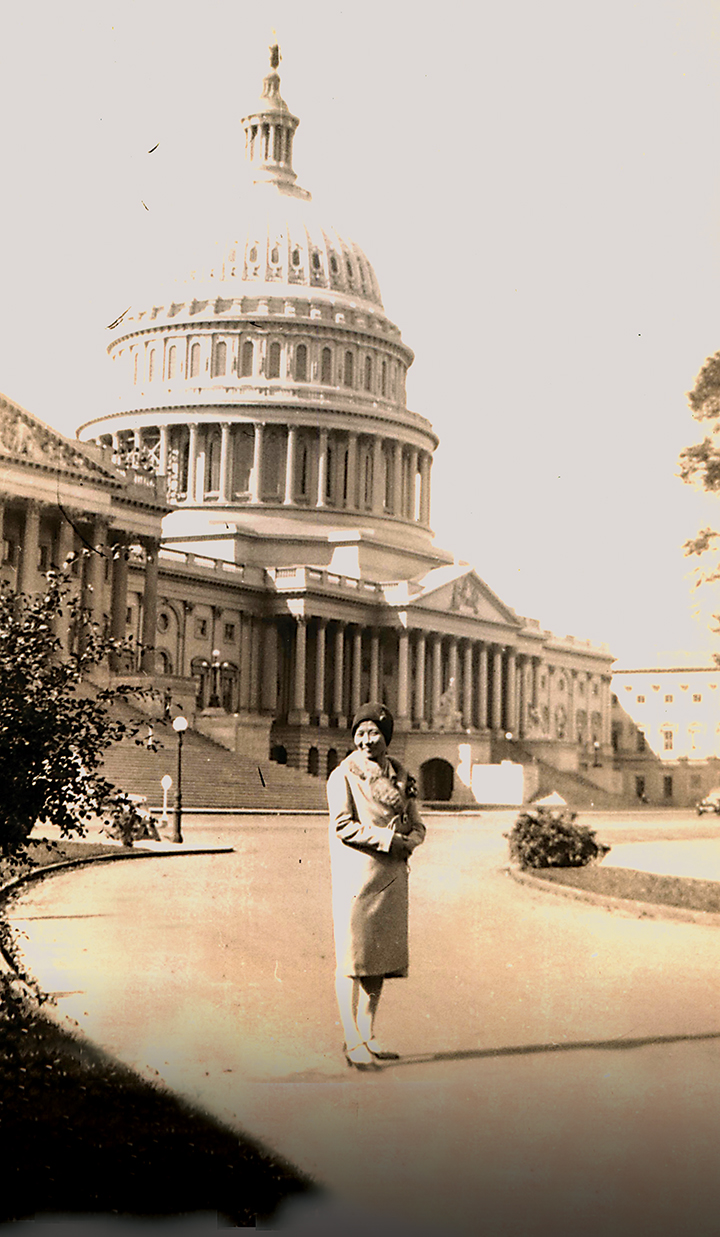 Felicidad Acena posing in front of the Capitol, 1929.

As of Winter 2021, Virginia remains among the top ten states for largest Filipino American populations, and by no surprise, holds a substantial number of Filipino nurses—an ethnic group that comprises approximately 5 percent of the total nursing workforce in the United States. The history of Filipino nurses in the country begins during the early 20th century from the US colonization of the Philippines following the Spanish American War and concurrence of biomedical advancements, construction of modern hospitals, and professionalization of nursing within the metropole. These nurses’ narratives can help us understand the politics of care, race, gender, and sexuality, yet are often remiss from historical records. This invisibility corresponds with a long history of U.S. policies that have excluded Asian Americans from full citizenship to perpetuate the trope of “forever foreigners,” as historical understandings of Filipino nurses often view them through an economic lens that reduces them to temporary and foreign laborers. For these nurses, place has always mattered, and the unlikely settling of Virginia ties local narratives to a global history.

At the nascence of the 20th century, the modernization of healthcare and the propagation of hospitals arose from the emergence of biomedical technologies, including germ theory and pasteurization. In 1910, Virginia reported a modest number of 29 hospitals in comparison to the 253 in New York. The number of hospitals correlated with the availability of professional and educational opportunities. Yet, nurse training schools housed inside Virginian hospitals still held the capacity to train nurses from abroad through recommendations of medical missionaries. The Staunton Spectator wrote in 1900 about the arrival of Japanese nurse Iyo Araki to Old Dominion Hospital in Richmond as having “come to Virginia to learn the best methods of professional training.” She remained at the hospital for several years before returning to Japan. 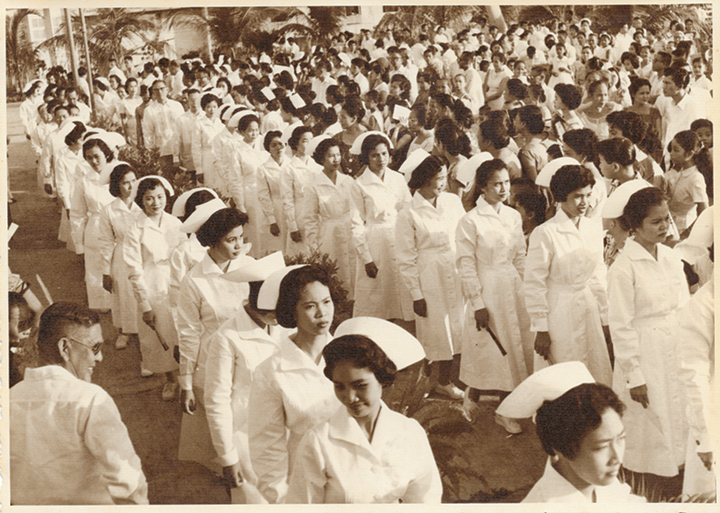 Filipino nurses, unlike their counterparts from other Asian countries, received citizenship status as U.S. nationals due to the colonization of the Philippines. This allowed them to relocate to the metropole unfettered by Asian immigration restrictions until the passage of the 1934 Tydings McDuffie Act which proclaimed Philippine independence within the decade to follow. Early accounts of Filipino nurses primarily placed them in Hawaii and the American Northwest and Northeast in relation to the number of hospitals and localized demands for nursing labor. Employed at white institutions, the few Filipino nurses encountered within provided little disruption to societal norms and instead helped preserve the codified Black and white color line. Whether they trained or found employment at Virginian hospitals during this period remains unknown, but nursing, however, did support their ability to travel. In 1929, Laddy Acena trekked across the country from Seattle to marry his former nursing school classmate, Felicidad Nolasco, in New York. The newlyweds took a honeymoon across the Eastern seaboard that ended with a visit to Mount Vernon.

Before the Second World War, Filipino nurses in the U.S. found stable employment and the ability to live out their imaginations—a privilege not possible in the Philippines. The rapid modernization of the islands under US rule could not accommodate its output of nursing graduates. This overproduction of nurses in the Philippines coincided with a critical shortage of skilled nurses in the U.S. during the post-war period, notably impacted by the thousands of hospitals built under the 1946 Hill-Burton Act and increased insurance coverage under Medicare. These events primed the mass migration of Filipino nurses at the mid-century set forth by the Exchange Visitor Program for internationally educated nurses and the H-1 visa program under the 1965 Immigration Act. The latter particularly favored migrants with a college education or professional background, and by the 1970s, inadequate staffing across U.S. hospitals supported the duration of H-1 visas beyond two years, thereby granting Filipino nurses time to apply for U.S. citizenship. 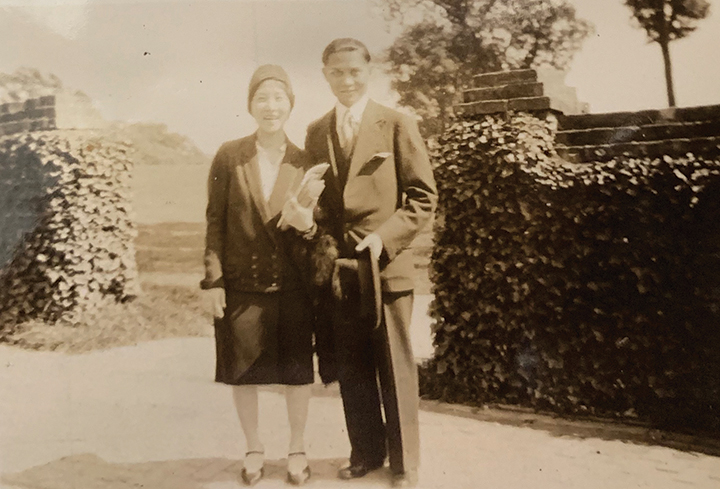 Felicidad and Laddy at Mount Vernon, 1929.

Filipino nurses participating in these programs were often recruited by hospitals in urban environments, but they could also be found in more rural areas. In 1972, a representative from Lynchburg General Hospital recruited Daisy Denham and several other nurses in the Philippines. Expecting Lynchburg to be a city like Manila, upon arrival, she had stated, “I think we’re lost.” Estelita Davis, following the end of a work contract in Alabama, was en route to New Jersey when she visited her cousin employed at the University of Virginia Hospital. The massive expansion of the hospital during the 1960s necessitated more nurses, and this created an opportunity for a passerby like her to create “home” in Virginia.

Though hospitals recruited Filipino nurses, more nurses arrived in Virginia due to relationships with Filipino servicemen in the U.S. Navy. Naval Station Norfolk rapidly grew in response to the outbreak of the Second World War to eventually become the largest naval station in the world. Filipino men had the ability to enlist directly into the U.S. Navy under U.S. colonization and until the end of the Military Bases Agreement in 1992. Following the Nationality Act of 1940, their enlistment in the navy also granted them U.S. citizenship following three years of service, and this privilege then extended to their spouses and direct kin. Both naval servicemen and nurses shared a professional mobility that allowed for meetings across the coasts. Naval Station Norfolk and the surrounding area of Hampton Roads became a place of stasis for family building.

Segundina Estaris arrived at Hampton Roads in 1956 after marrying a Filipino naval serviceman stationed in New York during her time in the Exchange Visitor Program. Other Filipino nurses soon followed. Araceli Marcial shares a similar story but with a marriage occurring in Philadelphia. Before her arrival in Virginia, she had worked at various hospitals between the North and the South since 1960, navigating the unspoken rules of race and segregation for persons considered neither Black nor white. Her experiences influenced her to help found the Philippines Nurses Association of Tidewater (now the Philippines Nurses Association of Virginia) in 1978—and become its first president—to support the acculturation and success of Filipino nurses within the U.S. healthcare system. Indeed, these nurses have taken an active role in shaping the healthcare landscape of Virginia. Isabelita Paler, for example, became the first Filipino to preside over the Virginia State Board of Nursing in 1997.

The presence of Filipino nurses in Virginia has grown rapidly since the Second World War, and they have been essential Virginians providing care in the Commonwealth. Yet, these nurses must not be treated as fungible nor foreign. At the national level, they account for nearly one-third of COVID-related deaths among nurses and must also fear the increase in racial violence against Asian Americans. As the pandemic has brought to light issues of health and racial inequity, historians must write inclusive histories that illuminate the intersection of race and care. The narratives of Filipino nurses, and other nurses of color, persist in the background as hidden caretakers who have nurtured the story of Virginia. 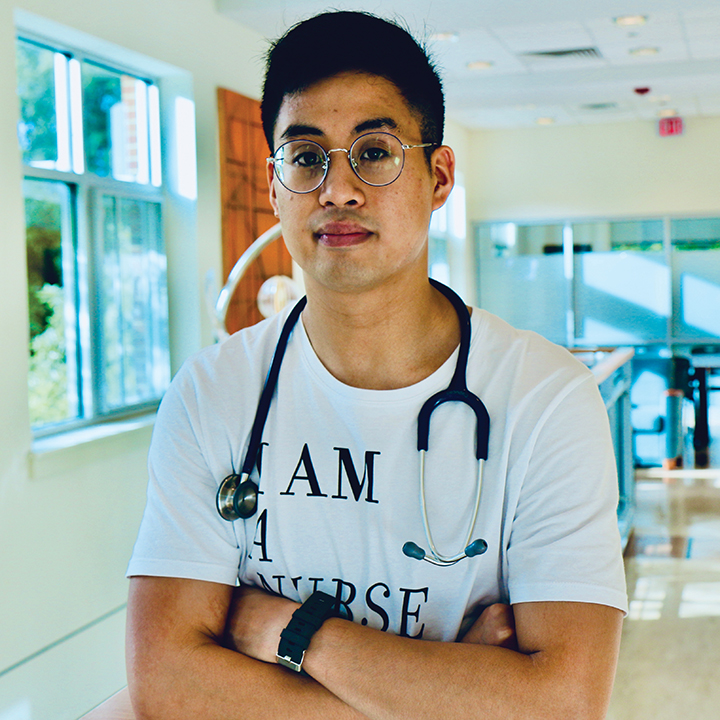 This article was written by Ren Capucao, a former Guest Services Associate at the museum, a registered nurse at VCU Health, and, at the time of this writing (Winter 2021) a PhD candidate at the University of Virginia studying nursing, digital humanities, and American studies. His research examines the racialization and agency of Filipino nurses in American nursing history since the early 20th century, which has made appearances in public history projects for Virginia Humanities and Vox. Ren is also an activist for the Asian American and Pacific Islander community across local and global organizations.