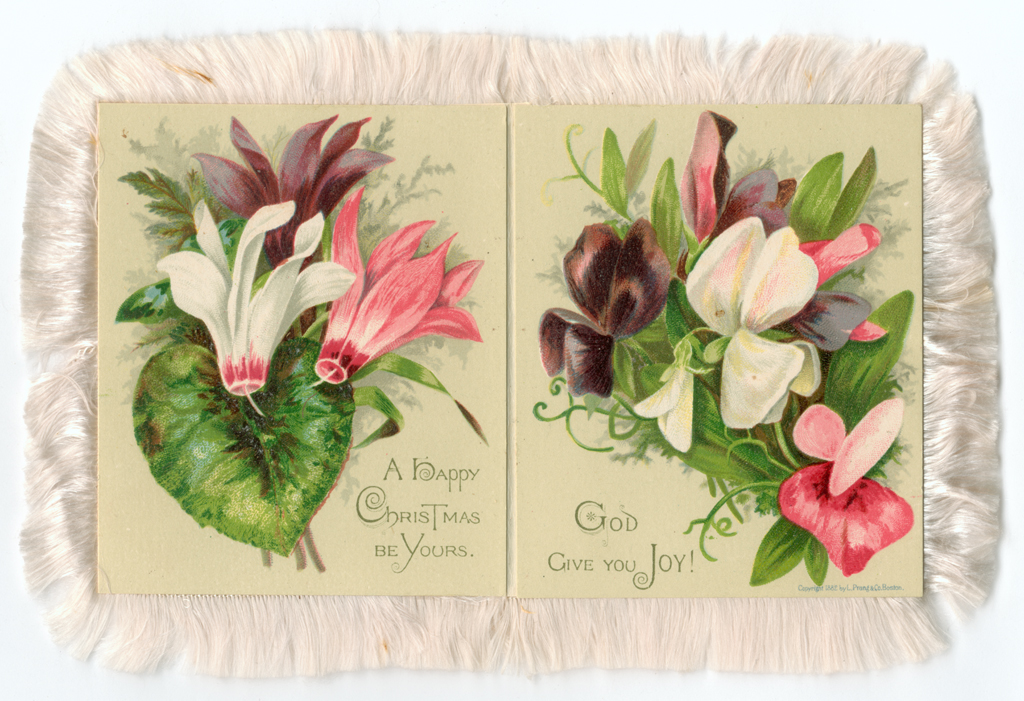 Christmas cards are ephemeral, and this essence is the very reason they can be of interest to researchers. Scholars studying seasonal imagery and traditions, trends in graphic design and print technology, even political and economic pressures can gain valuable insight from the brief, episodic life of Christmas cards.

The first commercially produced Christmas card was created in London in 1843, at a time when Charles Dickens published A Christmas Carol and Queen Victoria was introducing German Christmas traditions to the British populace.

The popularity of Christmas cards grew throughout the mid-nineteenth century and spread to both sides of the Atlantic. Imagery on Victorian Christmas cards was quite different from today's standards. Bouquets of spring and summer flowers were more common than seasonal or religious images. By the early twentieth century, as increasing numbers of publishers capitalized on the rising demand of Christmas cards, the imagery became standardized with more seasonal and religious imagery. 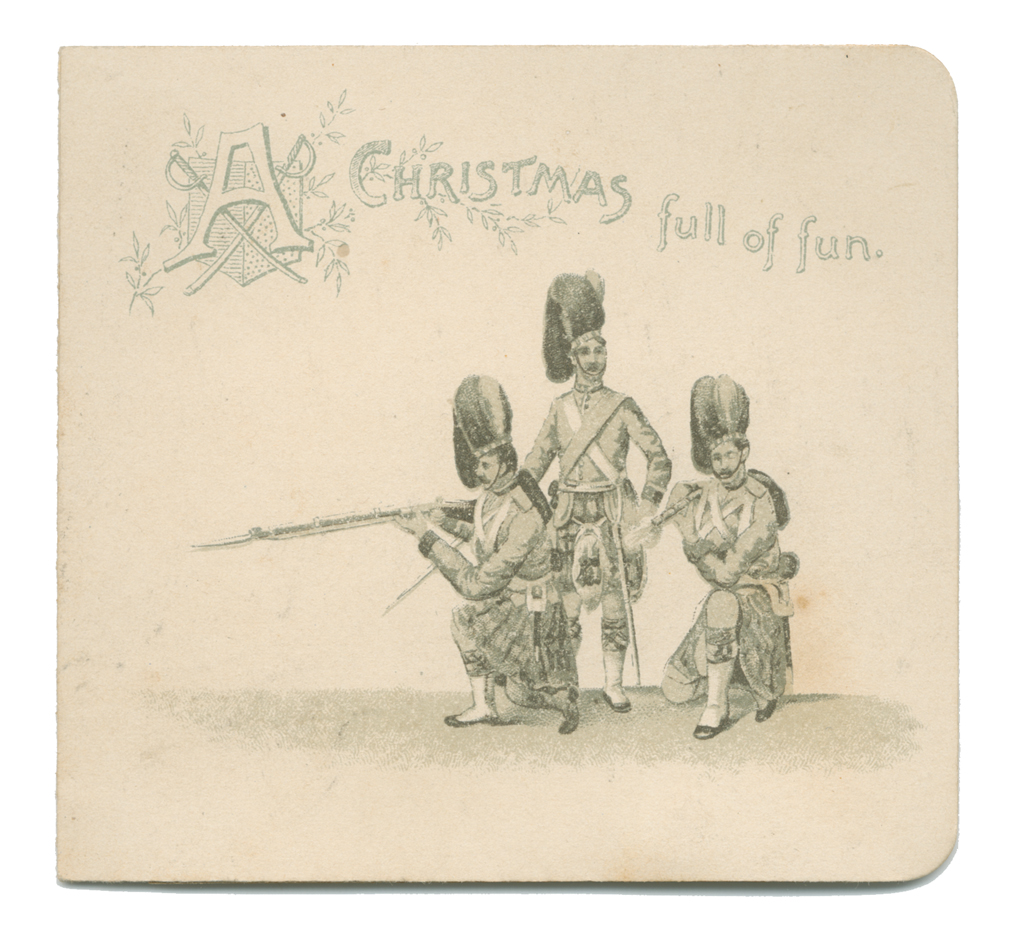 A Christmas full of fun
In the 1820s moveable books, such as "peep shows" and pop-ups, were quite fashionable. By the late nineteenth century, the expanded market included pop-up greeting cards. (Mss1 L5144 a 4619–4653)
Image 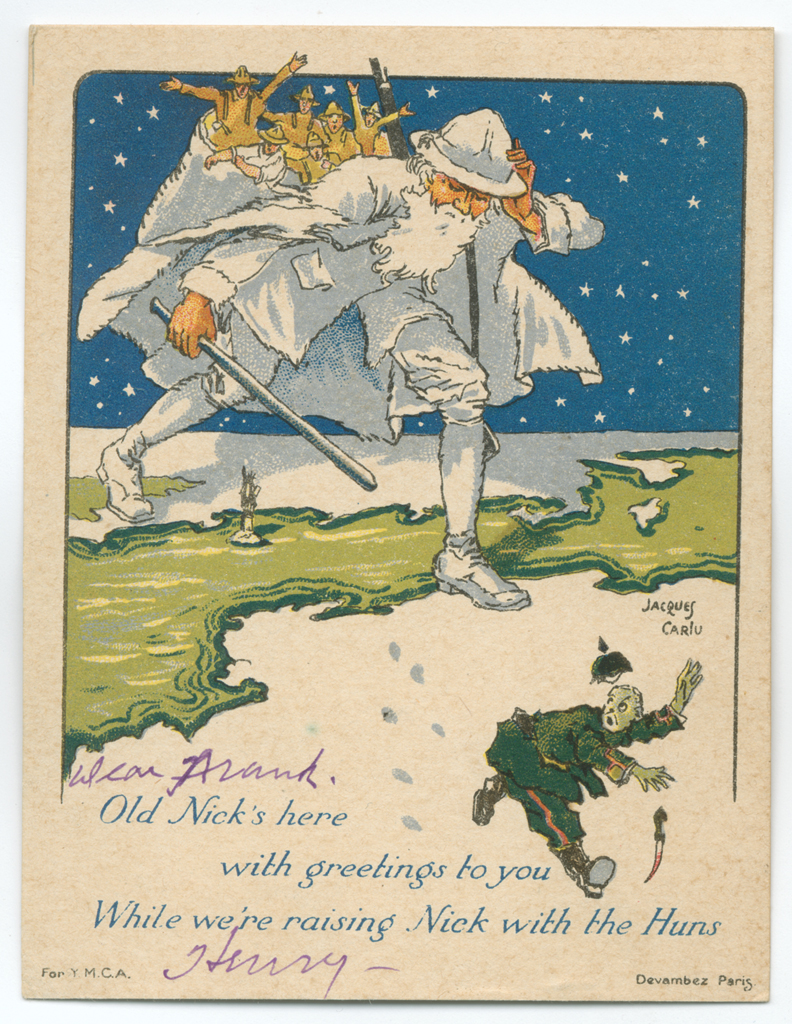 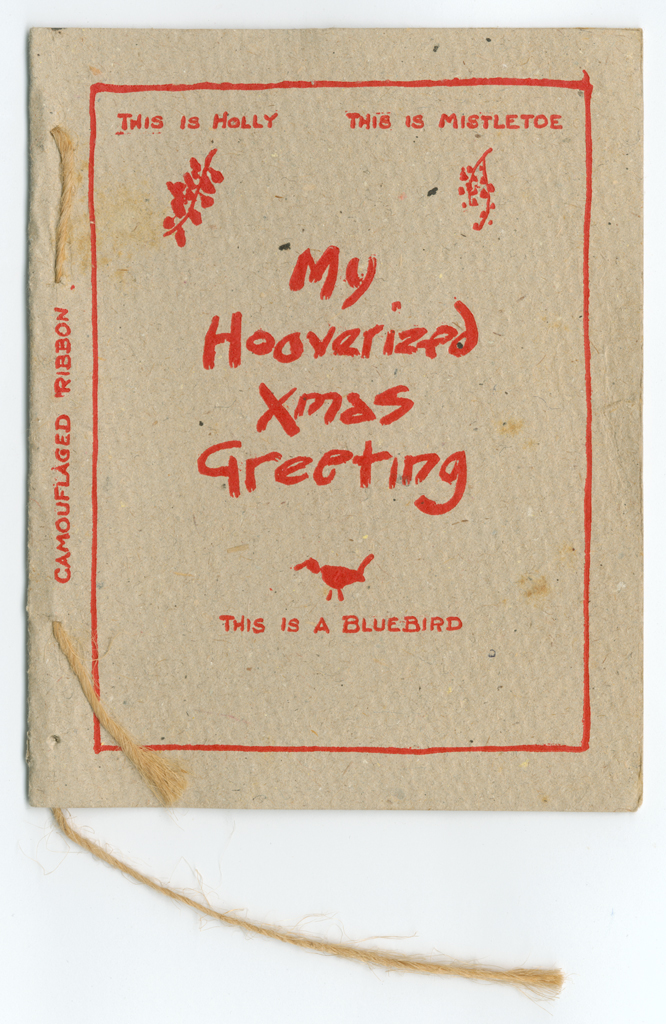 "Hooverized Christmas Card"
The most popular Christmas card of the 1918 season, the "Hooverized Christmas Card" was published by the Campbell Art Company. The card was made of thin, gray box board, and tied with a piece of hemp string rather than a ribbon and references Herbert Hoover's appointment as head of the American Food Administration. In 1917, when the United States entered World War I, Hoover encouraged Americans to reduce consumption, thereby avoiding rationing at home. This act was dubbed "Hooverizing." The message inside reads: I've Hooverized on Pork and Beans / And Butter, cake and bread, / I've cut out Auto riding / And now I walk instead, / I've Hooverized on sugar, / On coal and Light and Lard, / And here's my Xmas Greeting / On a Hoover Xmas Card. / I wish you a very M. C. and H. N. Y. (Mss1 W2296 b 6645–6647)
Image 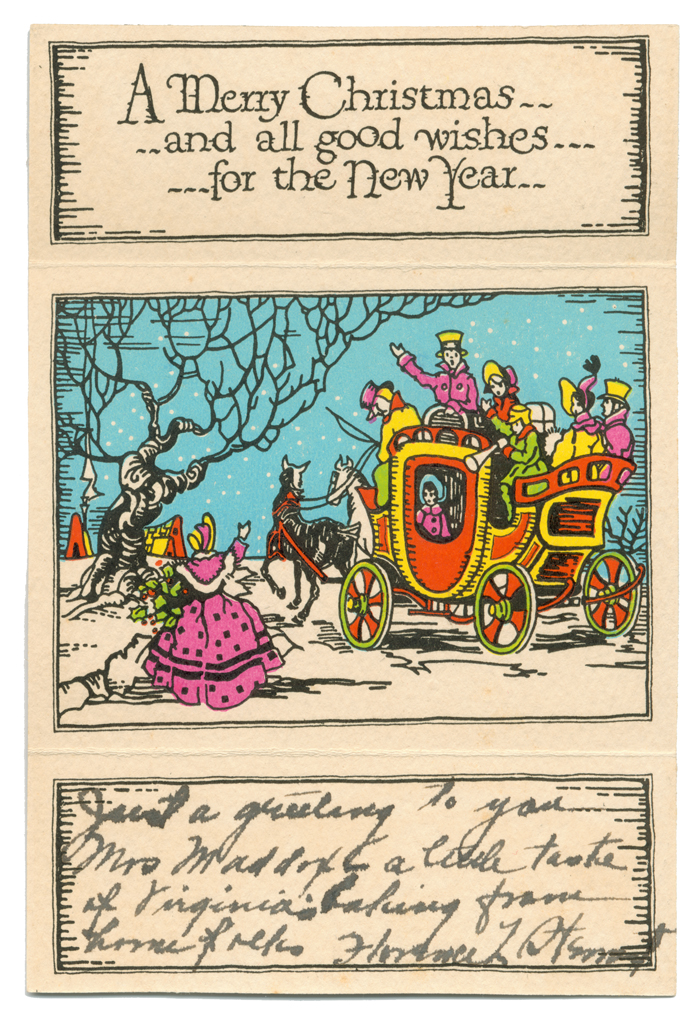 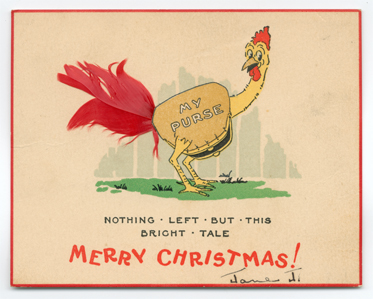 "Nothing left but this bright tale, Merry Christmas!"
Postmarked 1932, this card poignantly depicts the financial difficulties many experienced during the Great Depression. A synthetic red feather is attached as the chicken's tail feather. (Mss1 W2296 b 6645–6647)