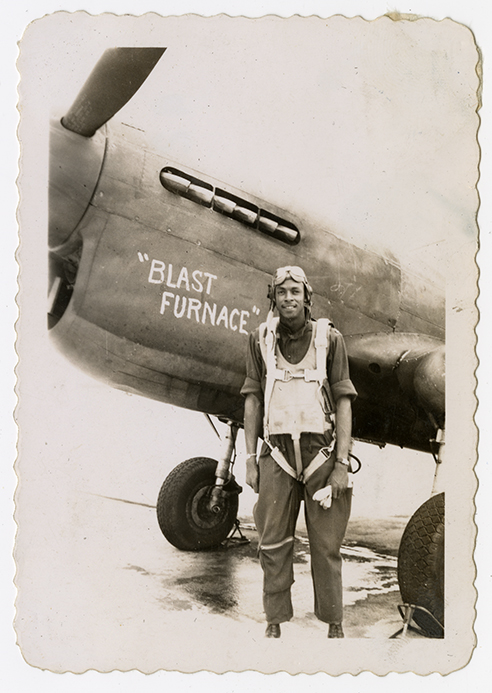 In 1943, Clemenceau “Clem” Givings became the first Richmonder to earn his wings as a Tuskegee Airman, the popular name for Black fighter pilots who helped win World War II and build the case for desegregating America's military.

When war broke out in 1939, the armed forces – like the federal government and much of society – were segregated. Black service members were often relegated to manual jobs and denied leadership roles, and the war crystallized the contradiction of the Jim Crow era for Black Americans: They were expected to fight for democracy overseas while being refused equality at home.

Such injustices spurred civil rights organizations to lobby for change. Yielding to this pressure, the U.S. Army Air Corps – predecessor to the Air Force – established a program in Tuskegee, Ala., to train Black aviators for combat. Between 1941 and 1946, nearly 1,000 pilots graduated. In addition, more than 14,600 men and women were trained as navigators, bombardiers, mechanics, and other service personnel.

Born in 1919 and a graduate of Virginia Union University, Givings had an ambition to fly and was a natural fit for the job. A fellow officer described 2nd Lt. Givings as “strictly air corps, incorporating in his decorum all the zest, cocksureness, pride and braggadocio that is the essence of a fighter pilot’s makeup.” Even his speech sounded like “a burst of flak” from anti-aircraft fire. 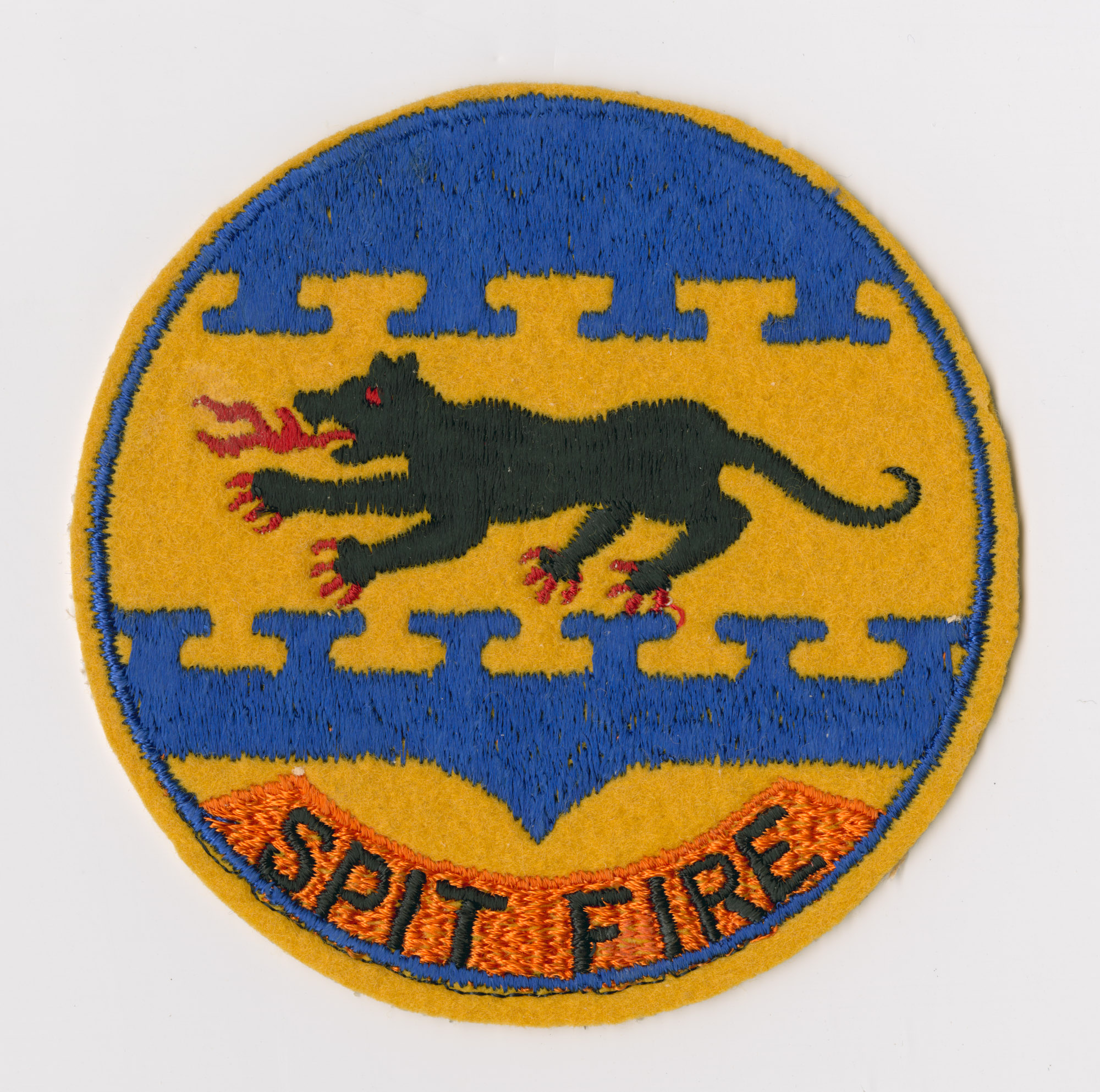 As part of the 100th Fighter Squadron, Givings was stationed in Italy in January 1944, and he saw action in the months-long Allied offensive against German forces in Anzio, south of Rome. On March 18, 1944, engine failure caused his plane to crash during a coastal patrol. Givings became one of the 84 Tuskegee Airmen to make the ultimate sacrifice. He was only 24.

Givings’s mother, Ruth, compiled a scrapbook containing memorabilia from Clemenceau's school days, documents related to his military career, and letters he sent home. One artifact is his Tuskegee Airmen patch, which features his unit’s insignia – a black panther breathing flames – and its "Spit Fire” motto. 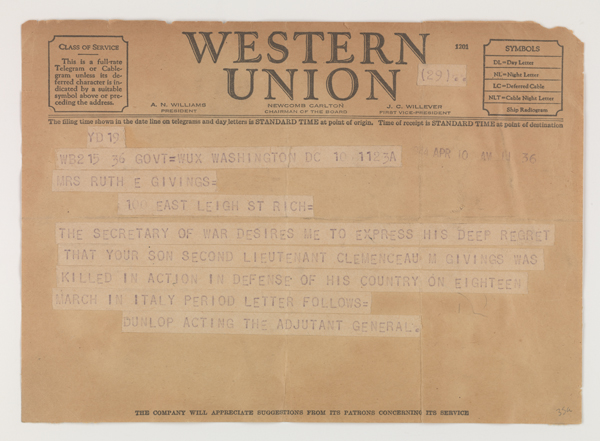 The April 1944 telegram notifying Rugh Givings that her son, Clemenceau, had died in action the previous month in Italy. (VMHC 1992.251.1.35.A. Gift of Ruth Esther Givings)

One of the most poignant items is the April 1944 official telegram, sent to the Givings home on East Leigh Street in downtown Richmond, notifying Ruth of her son’s death.

As the first Black pilots in the armed forces, the Tuskegee Airmen had a lasting impact on the nation. With their phenomenal success during the war, they refuted racist doubts about their abilities and opened doors for Black men and women in other branches of the military.

Their heroism also influenced President Harry S. Truman: In a milestone decision in 1948, he issued an executive order to desegregate the armed services.

The original version of this article was published in the Richmond Times-Dispatch’s Discover Magazine as “Artifact spotlight: Tuskegee airman scrapbook” on February 15, 2020. View original article.