Items published in the Confederate States during the Civil War are known as Confederate imprints. Before secession, most of the established publishers of booking, broadsides, and sheet music were located in such large northern cities as Philadelphia, New York, and Boston. However, with the onset of war, southern publishers were in high demand. Enterprising publishers in such cities as Richmond capitalized on the growing market. The Confederacy generated numerous government documents, political pamphlets, and, oligarch manuals. Additionally, books, newspapers, and sheet music offered the general public both escape from the mundane and news on the front, as well as helping define a people.

Within the VMHC collections is a series of primers and children's textbooks published by Branson & Farrar in Raleigh, North Carolina. The Dixie series, authored by Mrs. Marinda Branson Moore, includes titles such as The Dixie Primer, Geographical Reader for the Dixie Children, and The Dixie Speller. 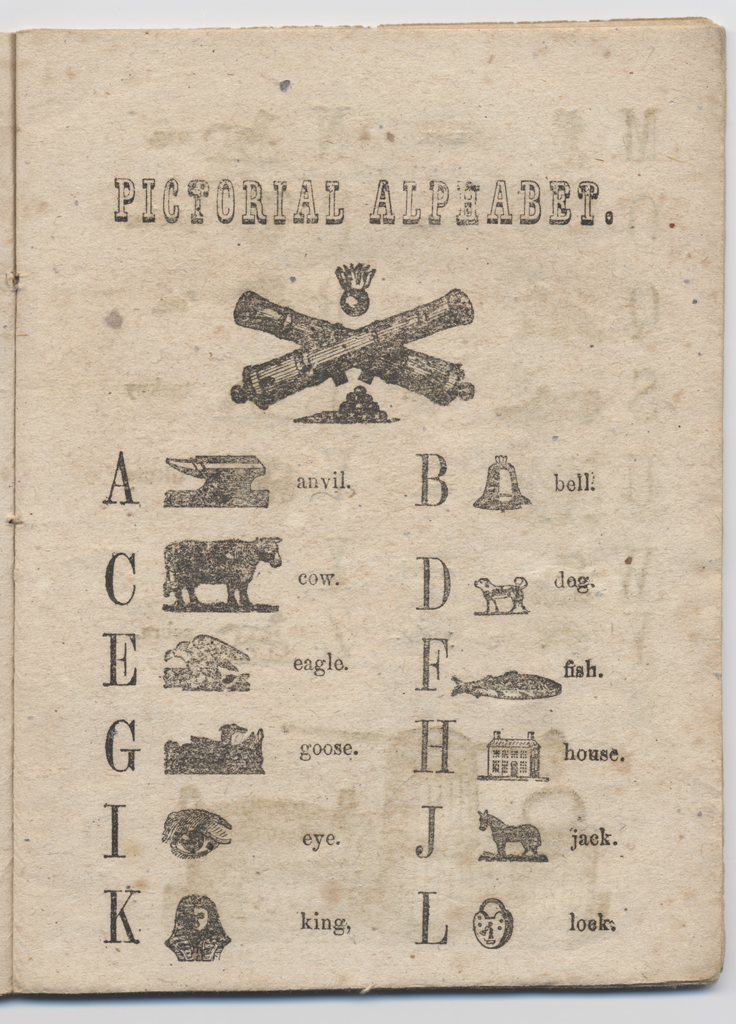 The Dixie Primer: For the Little Folks, 1864
Priced at $0.50 per copy or $20 per one hundred copies, the lessons in the primer were designed to help children learn the alphabet and string letters into syllables and words. As the author stated in the preface, "Since children very rarely learn to read in the Primer, we deem it unnecessary to take up much space with reading lessons." (VHS call number: C.I. 4066)
Image 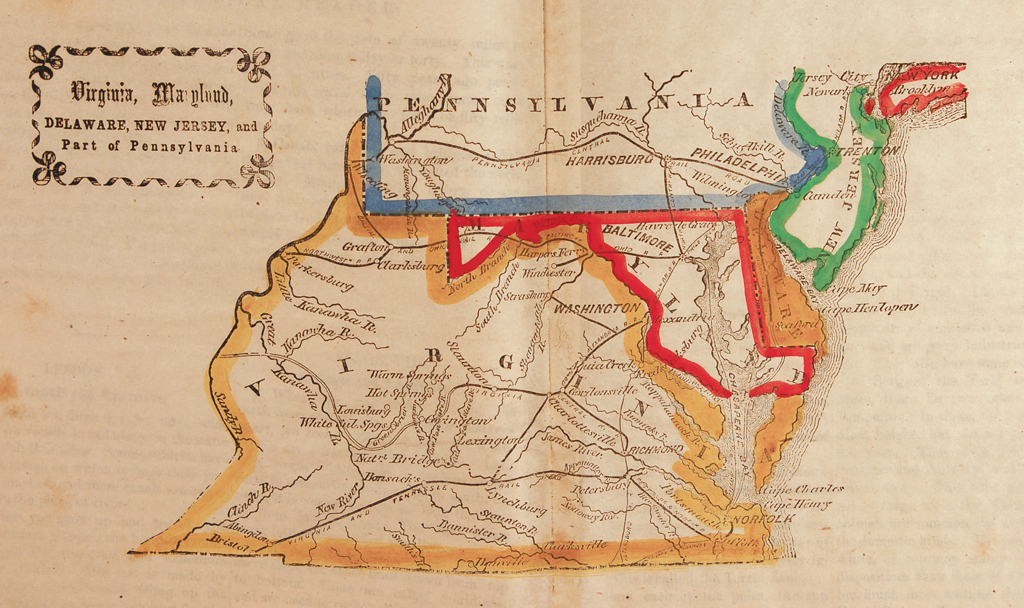 The Geographical Reader for the Dixie Children, 1863
This text book was available for purchase in 1863 for $2. The first lesson focuses on the subject of geography and provides general information including definitions for land formations, points on a compass, and latitude and longitude. Subsequent lessons provide detailed descriptions of each state in the Confederacy and brief descriptions of the United States, Mexico, and South American countries. (VHS call number: C.I. 4070)
Image 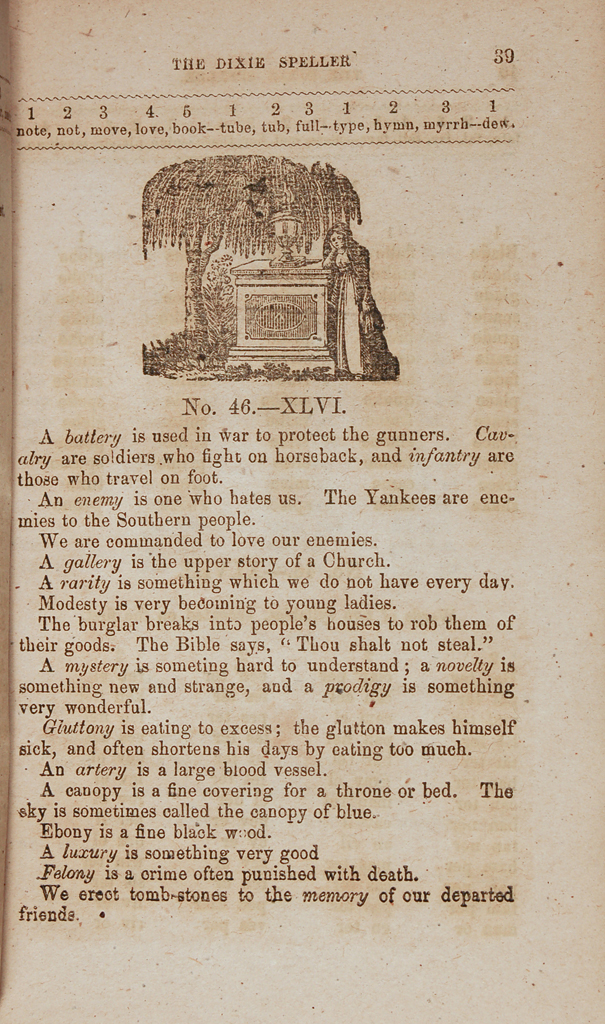 The Dixie Speller: To Follow the First Dixie Reader, 1864
In 1864 The Dixie Speller sold for $3. Lessons consisted of lists of vocabulary words, sentences defining terms, and passages for reading. Lesson 46 illustrates the pervasive influence of war as demonstrated by the vocabulary terms, "battery," "cavalry," and "infantry." (VHS call number: C.I. 4067)