The Sculpture at the Diamond

With the impending arrival of a new baseball team at Richmond’s Diamond came plans for the removal of Connecticut, the beloved mascot of the Richmond Braves. Records of the Best Products Company, which are in the collections of the Virginia Historical Society, provide interesting insights into the history of this iconic sculpture.

Connecticut was created in the early 1980s by Paul DiPasquale, also know for his Arthur Ashe sculpture on Monument Avenue. What many people might not know about Connecticut is that he was originally intended to sit atop a liquor store at 2600 Connecticut Avenue in Washington, D.C. A dispute between the family members who owned the building, however, prevented the installation of the sculpture. 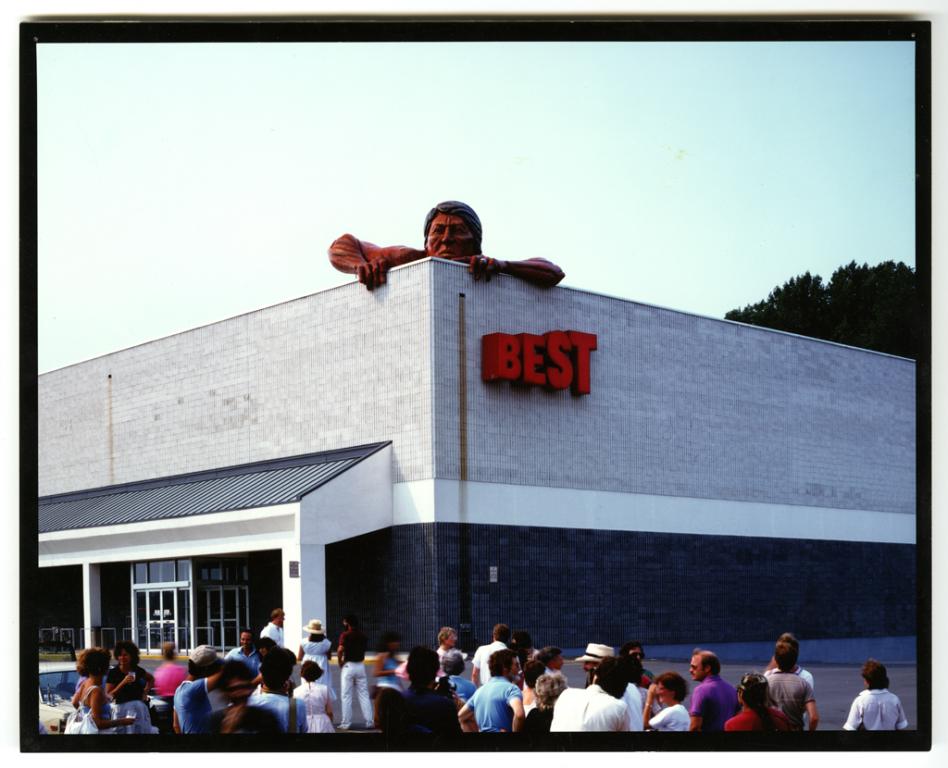 The Sculpture comes to Richmond

Following this setback, DiPasquale solicited companies that might consider installing the sculpture. He believed that the addition of Connecticut could transform a company's building into a landmark. Best Products Company, founded in Richmond, Virginia, in 1957, became interested in the concept. This was not an atypical choice for the company. Best Products actively supported the arts through its foundation, and the owners of the company, Frances and Sydney Lewis, avidly collected the work of young and up-and-coming artists. The company also maintained a partnership with SITE, an unconventional architecture firm that produced several whimsical showrooms for the catalog retailer and to this day continues to produce unusual buildings.

Best Products initially entered into a lease agreement with DiPasquale to install the statue at its showroom in Fairfax County, Virginia, but the zoning boards prevented the permits from being issued for that installation. Because the sculpture of Connecticut measured 10 feet high by 25 feet wide, the board considered it a violation of rooftop signage codes. Best Products eventually installed the sculpture at its Bethesda, Maryland, showroom in September of 1983. The unveiling of Connecticut brought great press to the store and to the artist as well. Articles appeared in publications ranging from the Washington Post to the National Enquirer. 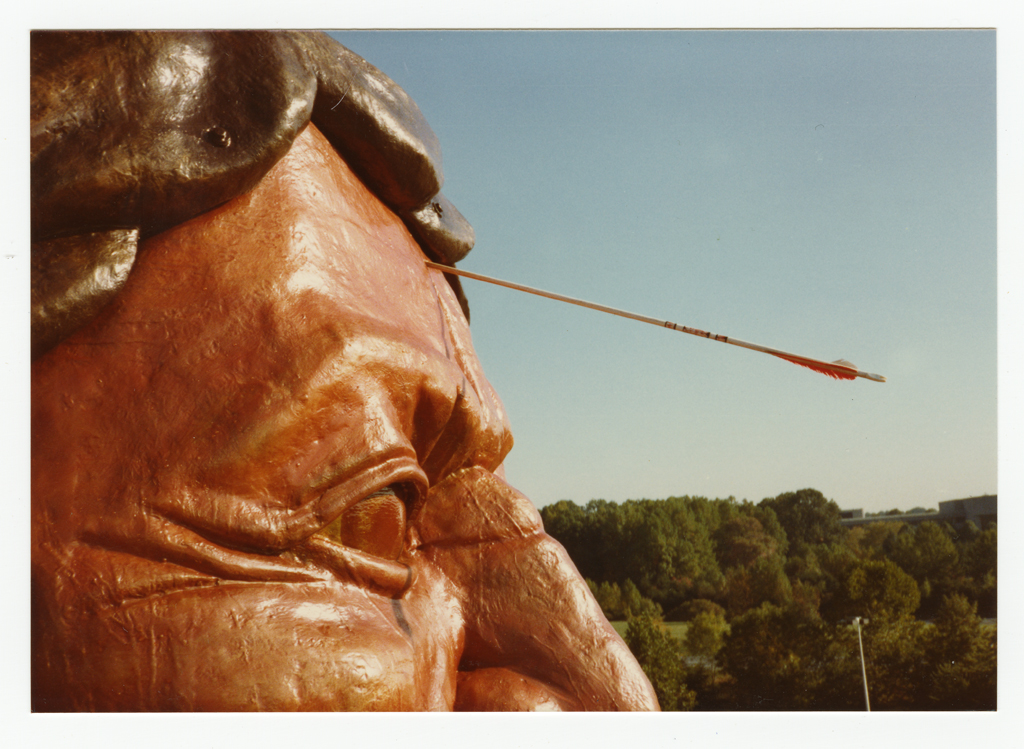 The statue even sustained a hunting injury in Bethesda when it was impaled by an errant arrow. Connecticut spent eight months at the Maryland showroom before the Montgomery County government refused to grant further permits to allow the sculpture to remain on top of the building.

From Best Products to The Diamond

During this period when the sculpture had to be moved, Best Products entertained thoughts of moving it to Cheyenne, Wyoming, a project that ultimately proved too costly for the company. The sculptor, who had moved to Santa Cruz, California, also drew plans for Connecticut’s installation at two Best Products stores in that state. In the meantime, the sculpture was placed in storage in Virginia until a proper home could be found. It did not take long. The Richmond Braves organization loved the DiPasquale sculpture and negotiated a one-year lease for its use at the new stadium, The Diamond. The ballpark opened in 1985 with Connecticut installed on top of a concession stand, where it sits today. According to the artist’s website, when a buyer in Northern Virginia threatened to buy and remove the sculpture in 1987, Signet Bank purchased Connecticut and donated it to the Richmond Metropolitan Authority, the manager of The Diamond.

In 2008, the home base for the Richmond Braves moved to Georgia in 2008. Not fitting with the new minor league team, The Richmond Flying Squirrels, Connecticut was removed from The Diamond after 25 years. In November 2010, Connecticut was installed at the Lucky Strike building in Richmond’s Shockoe Bottom. In January 2019, the sculpture was removed from Lucky Strike for repair. 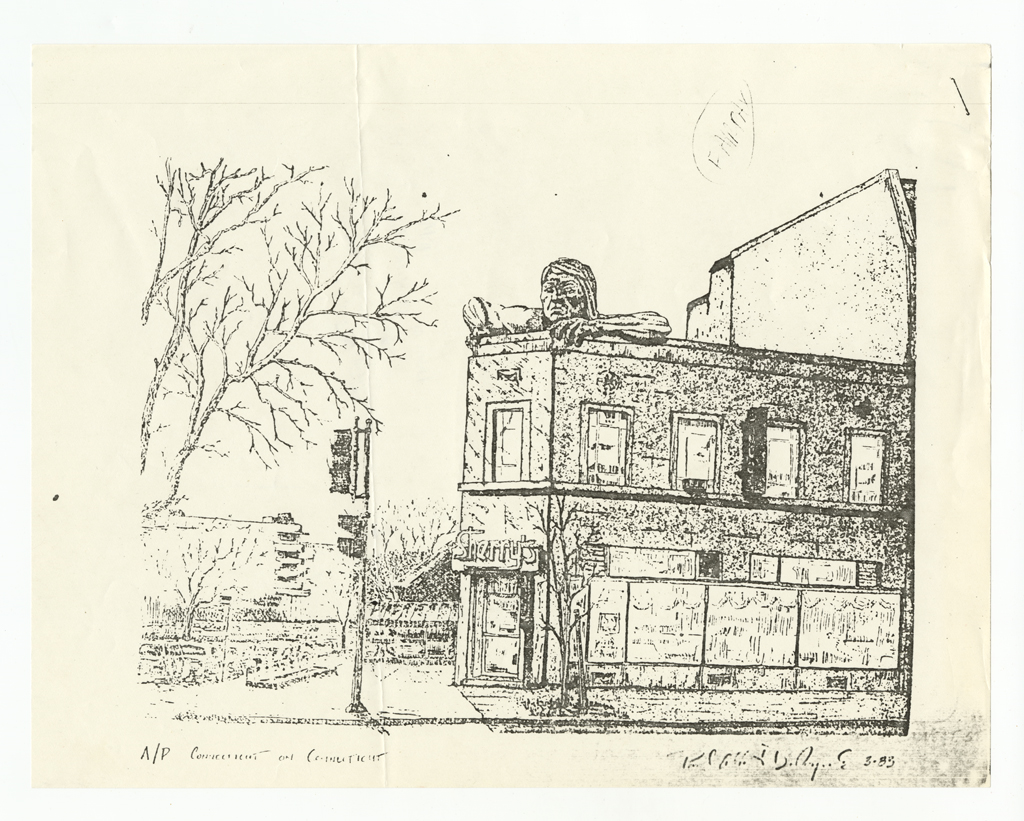 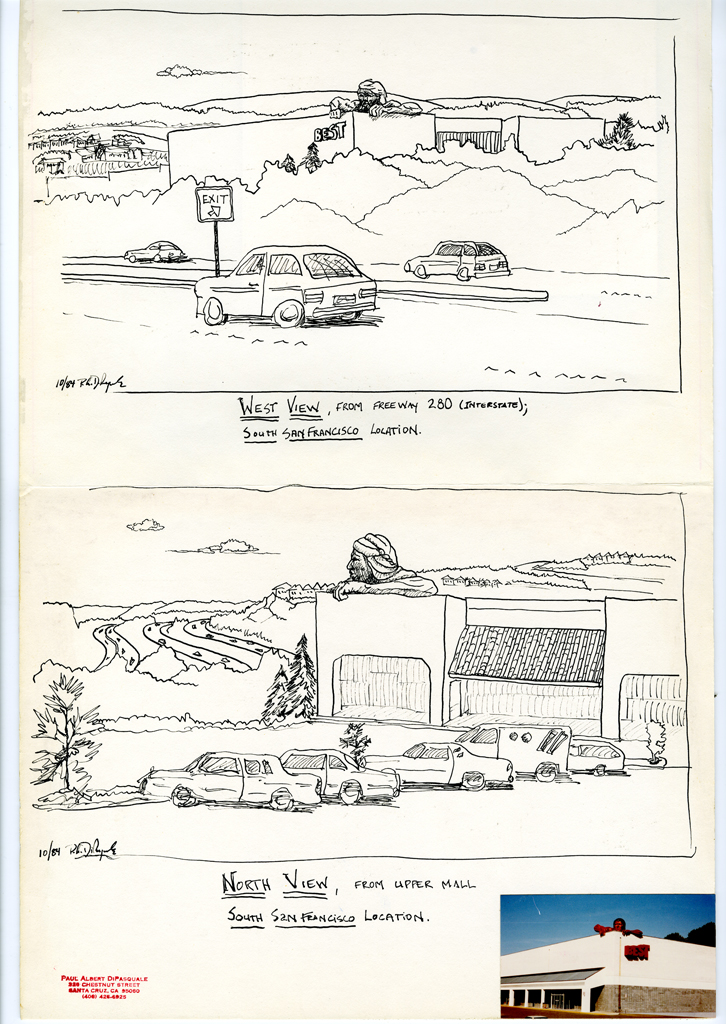 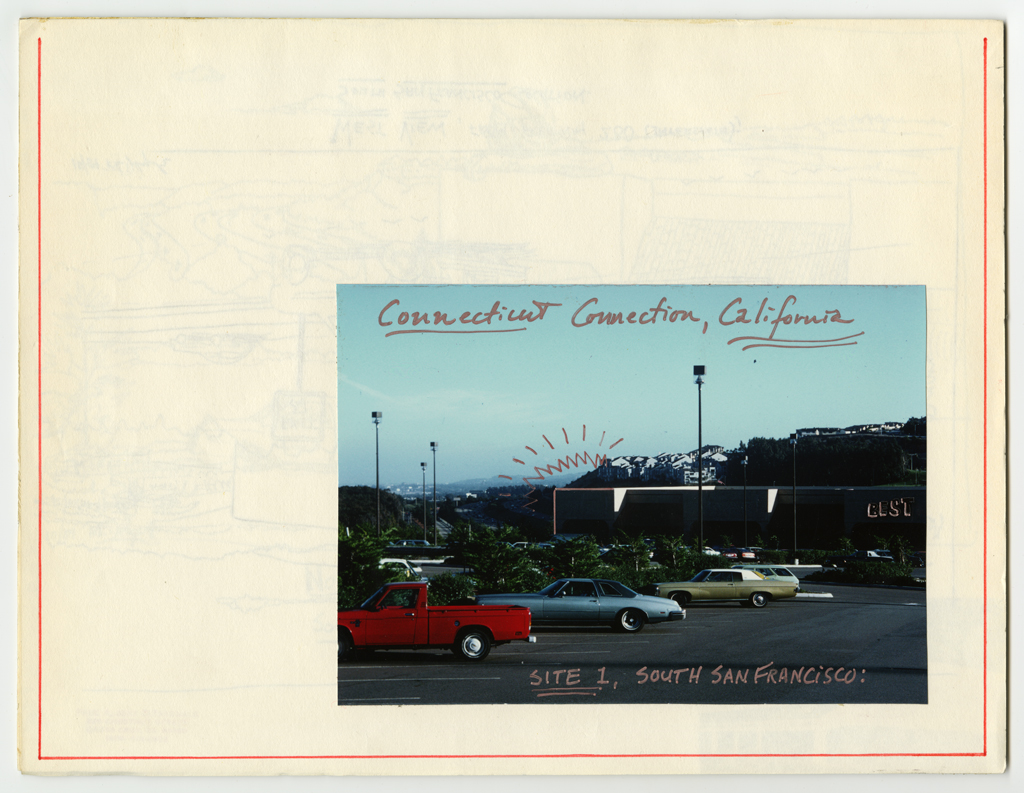