The Darling of Miller & Rhoads 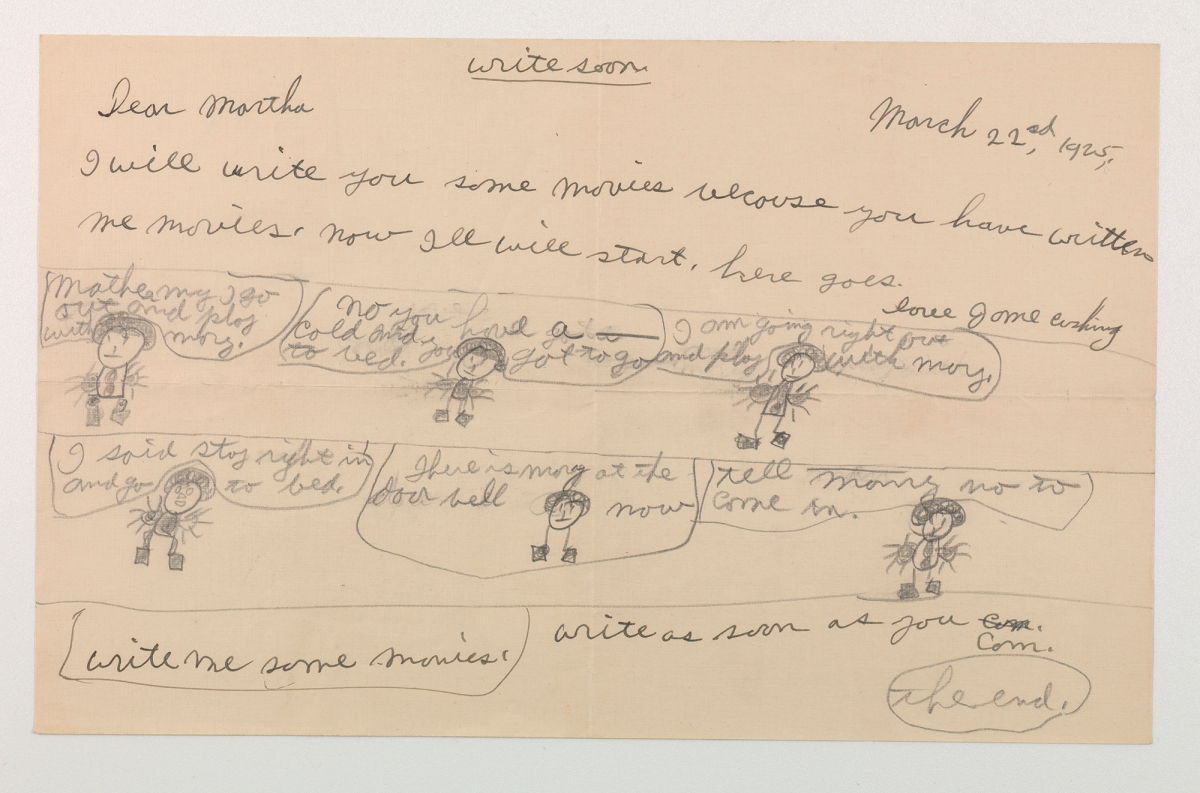 Richmond native Martha Brayton worked in the Miller & Rhoads department store from 1948 to about 1959, during the store’s economic boom years. After serving five years in the Women’s Army Corps (WAC) during World War II, Martha resumed her civilian life with an honorable discharge as a captain in 1946. Upon returning to her family home at 3211 Seminary Avenue in Richmond, Martha became involved with her local community by teaching youth theater and music and by providing children’s costumes. Enthralled, Martha opened the Little Theatre Costume Shop, which supplied nearby communities with costumes from 1947-1948. Having had experience and a passion for working with children, Martha sold the shop in 1948 and accepted a wonderful job offer as the new Youth Coordinator at the Miller & Rhoads department store in downtown Richmond. 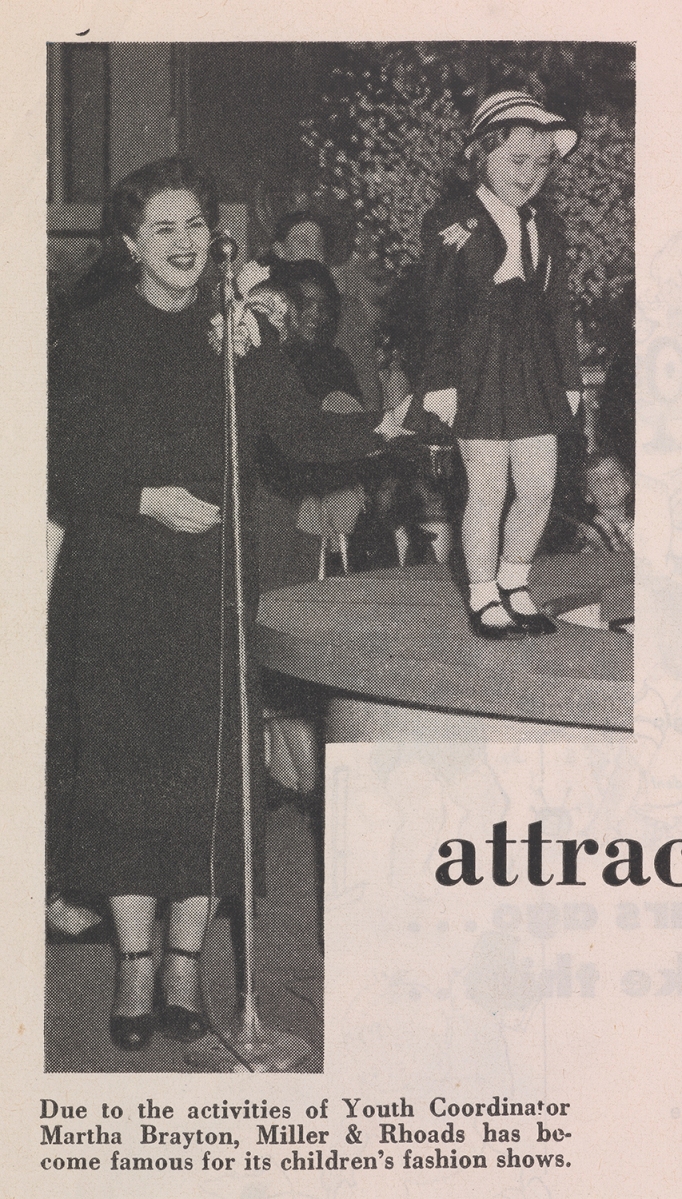 Martha Brayton hosts one of her youth fashion shows at Miller & Rhoads. (VMHC Mss 1 B7389 a)

Martha was widely successful in her post as Youth Coordinator and made a point of interacting with the Richmond community. During her time at Miller & Rhoads, she introduced the department store to new progressive youth programs. Among them, Martha developed children’s camps at the store and procured contracts with local camps to be completely outfitted by Miller & Rhoads. She brought in considerable revenue to the store and her efforts were a chief contributor to the franchise’s expansion to Lynchburg, Charlottesville, and Roanoke in the late 1950s.

Martha showcased Miller & Rhoads’ fall and spring children’s lines by organizing youth fashion shows. She also frequently rented out the store’s various rooms for children’s and community events, including her popular Bingo game night. However, perhaps Martha’s greatest achievement was her creation of the “Fawn Shop,” which served as a store only for children where they could buy Christmas and holiday gifts for their families. All of the merchandise that Miller & Rhoads provided was sold at prices that kids could afford, ranging from $.15 cents to $1.98. During the month of December, Miller & Rhoads annually made more than $2,000 from the Fawn Shop, largely consisting of pennies, nickels, and dimes. This successful venture was repeated every year and earned Martha a thriving reputation. Though she never married, Martha thought of Miller & Rhoads and the city’s children as her family, even after she retired.

This article was written by Meika Downey while completing her Hollins Univeristy J-Term internship in the public relations and marketing department at the Virginia Museum of History & Culture.