It wasn’t bullets, but bacteria and viruses. Antibiotics and antiviral drugs—the effective treatments against these microorganisms—hadn’t yet been discovered. As a result, 416,000 soldiers died of disease while only 206,000 from wounds. 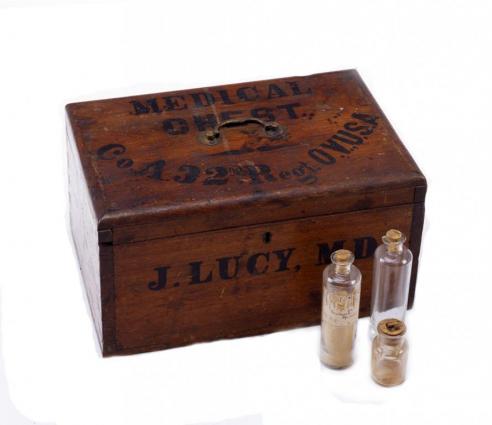 Medically speaking, the Civil War was not a modern conflict. Little was known about the cause or treatment of disease. Bacteriology and virology—fields of study that are at the core of modern medicine—were unknown because microscopes weren’t powerful enough to see bacteria, and electron microscopes that could identify viruses had not yet been invented. Modern drugs that were used included anesthetic chloroform, morphine, opium pills, and quinine.

A Cure for What Ails You

Many surgeons purchased tin or wooden boxes to transport medicines. This chest was captured by Confederates from a surgeon in the 32d Ohio Volunteer Infantry—a common method used to alleviate recurring Southern supply shortages.

Tools of the Trade

The surgical implements used during the war by Assistant Surgeon Theophilus R. Vankirk, 209th Pennsylvania Infantry, may look primitive. They are, however, nearly identical to the ones used in modern hospital operating rooms. 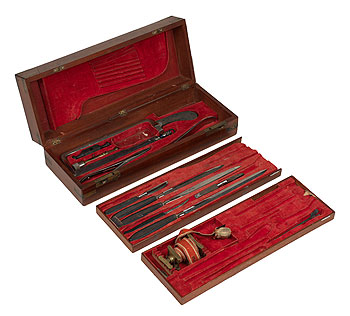 An estimated 60,000 amputations were conducted during the Civil War. Shattered bones often made amputation necessary, but Civil War surgeons were not the butchers of popular imagination. They spared the saw when other means were available to save life—and limb. Surgeons learned that amputations performed less than forty-eight hours after an injury—before infection set in—were the most successful.

An experienced surgeon could remove a soldier’s arm in as little as two minutes and, contrary to popular belief, anesthesia was used in nearly every surgical procedure, United States and Confederate. 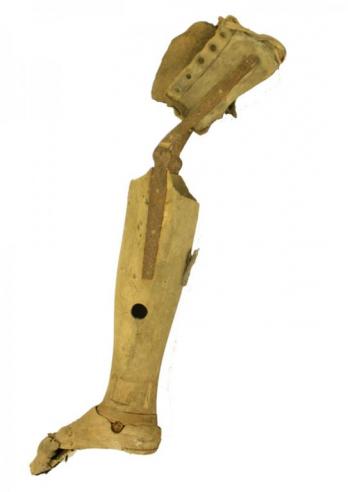 Eighteen-year-old James E. Hanger had been a Confederate soldier for only one day when a cannon ball tore apart his leg at the Battle of Philippi, (West) Virginia. Although Hanger’s life was saved by U.S. surgeons, his leg could not be, and he became the war’s first amputee. During his recovery, Hanger designed and manufactured an improved prosthetic leg with a hinged knee and foot. Other amputees soon demanded the realistic "Hanger limb."