Duke Ellington at the Mosque 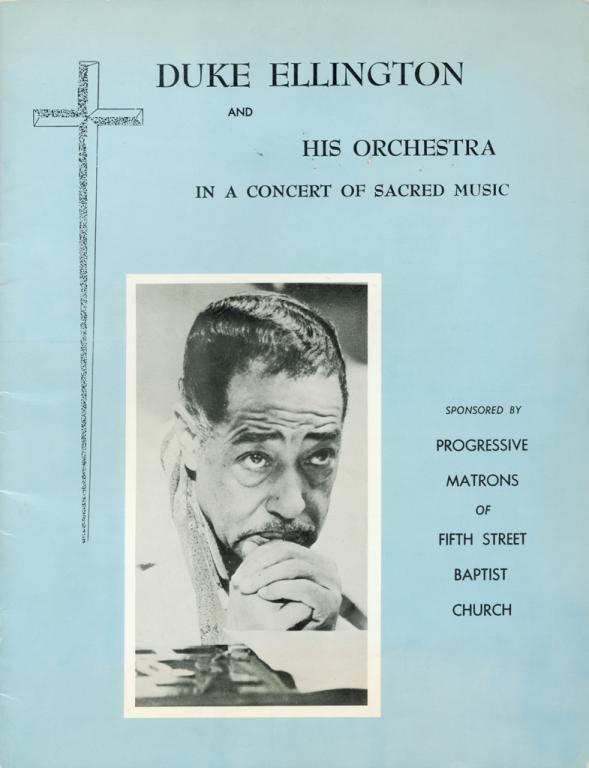 Late in his career, jazz great Edward Kennedy "Duke" Ellington (1899–1974) composed three "Sacred Concerts," longer works made up of vocal and instrumental pieces stemming from a religious theme. First performed at Grace (Episcopal) Cathedral in San Francisco in 1965, Ellington went on to reprise the concerts in 1968, and again in 1973. During the 1968 series, Ellington performed in Richmond at what was then known as the Mosque Auditorium (now, the Landmark Theater) on 8 November, accompanied by the choir of the Fifth Street Baptist Church. The Library of the Virginia Historical Society has several items related to the event.

Ellington merged components of jazz, blues, gospel, classical music, and choral expression in the arrangements, which were performed by his jazz orchestra and a full chorus. Setting Christian ideals to a varied score allowed Ellington's devout beliefs to come to the fore in both the music and in the subsequent publicity, as he openly discussed his earnest intentions with a somewhat skeptical press. It is perhaps unsurprising that in the tumultuous year of 1968 some critics found Ellington's religious direction to be either disingenuous or a bald advertisement for organized religion.

But Ellington insisted otherwise: "This music is the most important thing I’ve ever done or am ever likely to do. This is personal, not career. Now I can say out loud to all the world what I've been saying to myself for years on my knees." 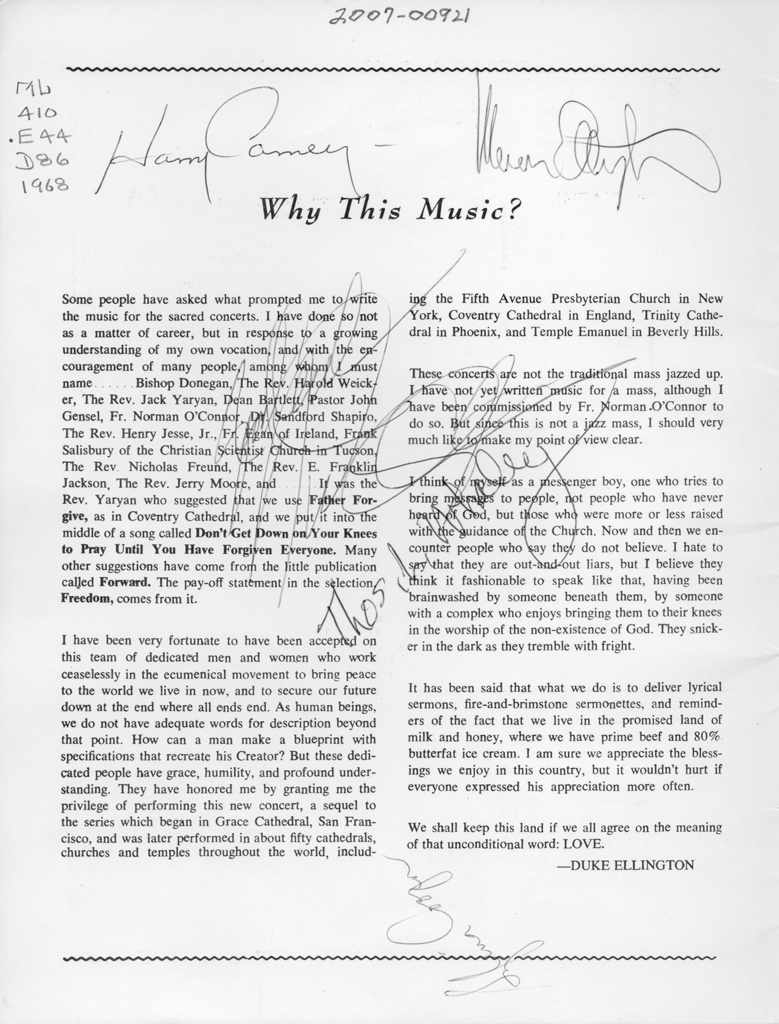 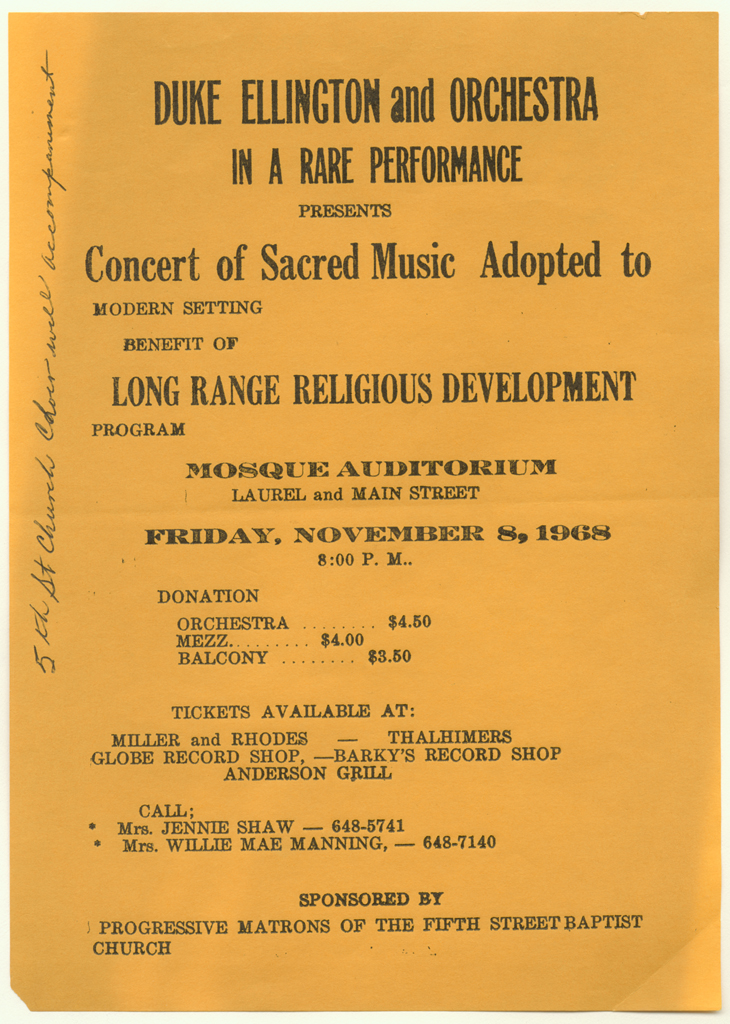 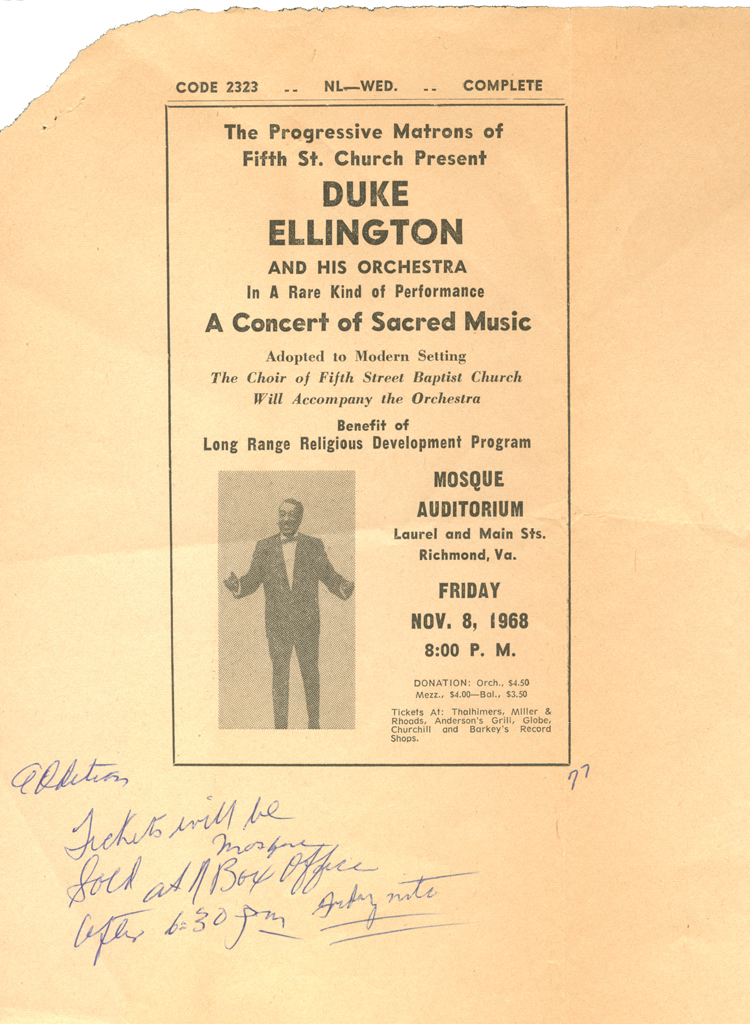 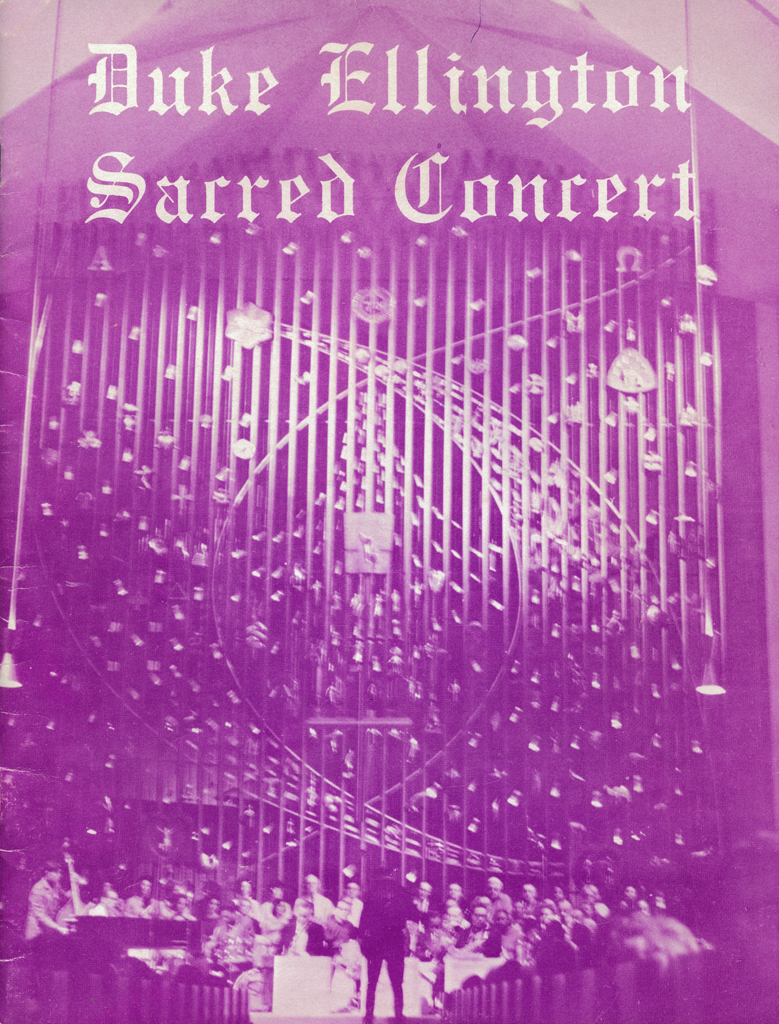 Press Kit, Duke Ellington Sacred Concert series, 1968
By 1968, Duke Ellington's skills as a promoter were well-honed. This press kit detailed the myriad steps that local sponsors should take to ensure that the concert received adequate publicity and attendance. Ellington advised that sponsors should get in touch with local disc jockeys, "call all newscasters on TV and radio," and "contact the most important person in your area to arrange for a photograph of him buying the first pair of tickets." (VHS call number: ML410 E44 D87 1968)