The technology of the industrial revolution applied to the science of killing made the Civil War a turning point between the limited combat of professional armies of the 1700s and the "total" mobilization of World Wars I and II.

Muzzle-loading firearms and communication by drum, flag, and bugle were holdovers from the past, but rifled weapons increased the range of firearms, and telegraphy allowed distant armies to communicate and coordinate. Railroads moved armies faster than before, and iron ships, land mines, hand grenades, and torpedoes made their debut. As reconnaissance balloons took war to the skies, many of the essential elements of modern warfare were in place by 1865. 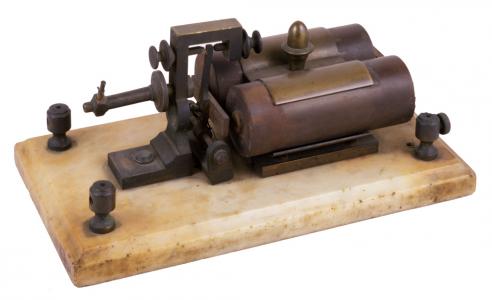 For most of human history, the speed of communication was limited by the swiftness of the animal carrying the messenger. Developed in the 1830s, the electric telegraph inaugurated the first communication revolution. Using electrical signals transmitted by wire, the telegraph allowed instantaneous communication by using combinations of dots and dashes to represent letters. Electromagnetic relays, like this one, were used to extend the useful range of the telegraph.

Not only did this allow distant military commanders to communicate and coordinate more effectively, but newspaper reporters could send news to the home front instantaneously as well. With this expanding media coverage, the military took on the added responsibility of managing information as well as their armies. 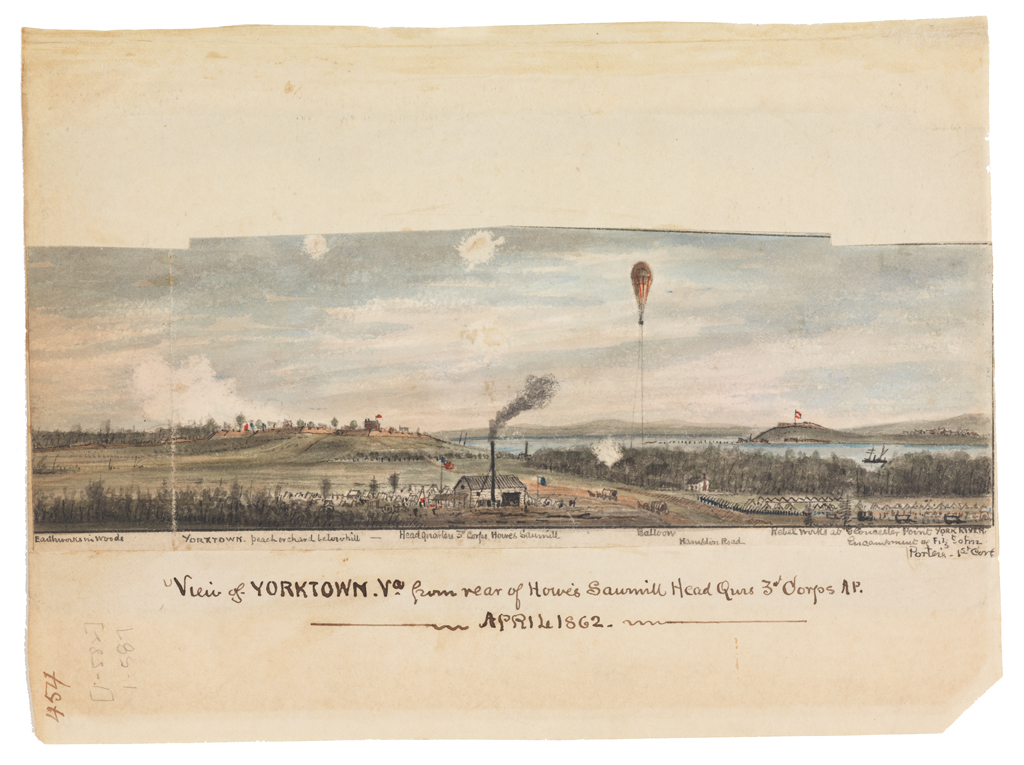 Although European armies experimented with aerial balloons as early as 1783, it was not until the Civil War that they were used in America. Their presence forced enemy commanders continually to conceal the placement and movement of their armies.

Following a demonstration for President Lincoln in July 1861, Professor Thaddeus Lowe was granted permission to construct and operate balloons for the Union army. The earliest flights occurred near Washington, D.C., where, for the first time in military history, airborne observers accurately directed artillery fire. The Union balloon corps was plagued by financial and personnel problems and disbanded in August 1863.

The Confederates developed a balloon corps that made its Virginia debut at Yorktown in April 1862 but soon disbanded when its only balloon was captured.

On April 9, 1862, Pvt. Robert Knox Sneden of the 40th New York Infantry wrote that "[Professor Lowe's] balloon went up for the first time this forenoon. . . . They could see, of course, the inside of the enemy's works, sketch the outlines of parapets, and count the guns already mounted, and note their bearings. From this, the draughtsman can make the maps and plans which they are waiting for." 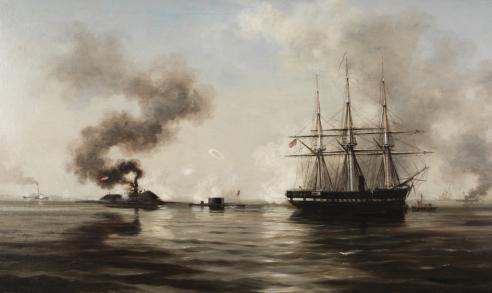 On March 8, 1862, the world's first ironclad ship, CSS Virginia, destroyed two wooden-hulled U.S. warships at Hampton Roads. A Virginia-born sailor on the USS Cumberland observed, "None of our shots did appear to have an effect on her." This battle revolutionized naval warfare by proving that wooden vessels were obsolete against ironclads.

The next day the Union’s first ironclad—the USS Monitor—arrived and fought the Virginia to a draw, ensuring the safety of the Union blockade fleet. A Union sailor from Staunton remarked that "John Bull [Great Britain] will have to build a new navy." Within weeks, Great Britain—the world’s leading naval power—canceled construction of wooden ships.

Constructed on the salvaged hull of the captured USS Merrimack, the first Confederate ironclad was rechristened the CSS Virginia. Artist Xanthus Smith and the northern press, however, rejected that name in favor of the alliteration of Monitor and Merrimack.

For thousands of years, every army that went into battle did so by the power of men and animals carrying it across the countryside. By 1860, however, 30,626 miles of railroad track spread across the United States—1,771 of these in Virginia.

Locomotives traveled five times as fast as mule-drawn wagons, transported soldiers close to the scene of battle without tiring them, and allowed armies to operate farther from their bases of supply.

Throughout the war, Confederate forces in Virginia slowed United States troop movements by destroying wooden bridges that spanned Virginia’s countless rivers and streams. The artist, Alfred Wordsworth Thompson, noted: “The destruction of Locomotives on the Baltimore & Ohio R. Road has been terrible; no less than 50 of the finest kind having been burnt or broken up, at Martinsburg & other points on the Road." 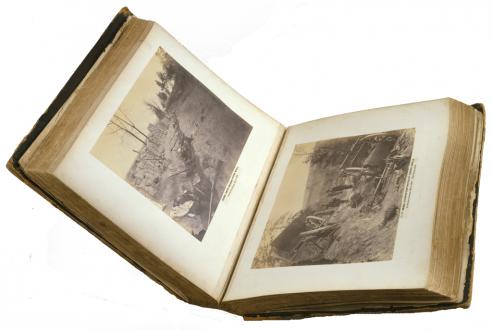 Photography was only two decades old when the Civil War began. Taking a photograph was a slow process and battlefields were too chaotic and dangerous for photographers. Wartime photographs, therefore, consisted of individual and group portraits, camp scenes, and the grisly aftermath of battle.

On the United States side, most photographs were made by entrepreneurs. The only photographer hired by the military who left a substantial body of work was Capt. Andrew J. Russell. Russell served as a photographer for the U.S. Military Railroad and the Quartermaster Corps. His images capture the technology, infrastructure, and transportation systems used to move and supply Union armies.

The album of 132 photographs is one of only several bound volumes compiled by Russell that survive in their original form.