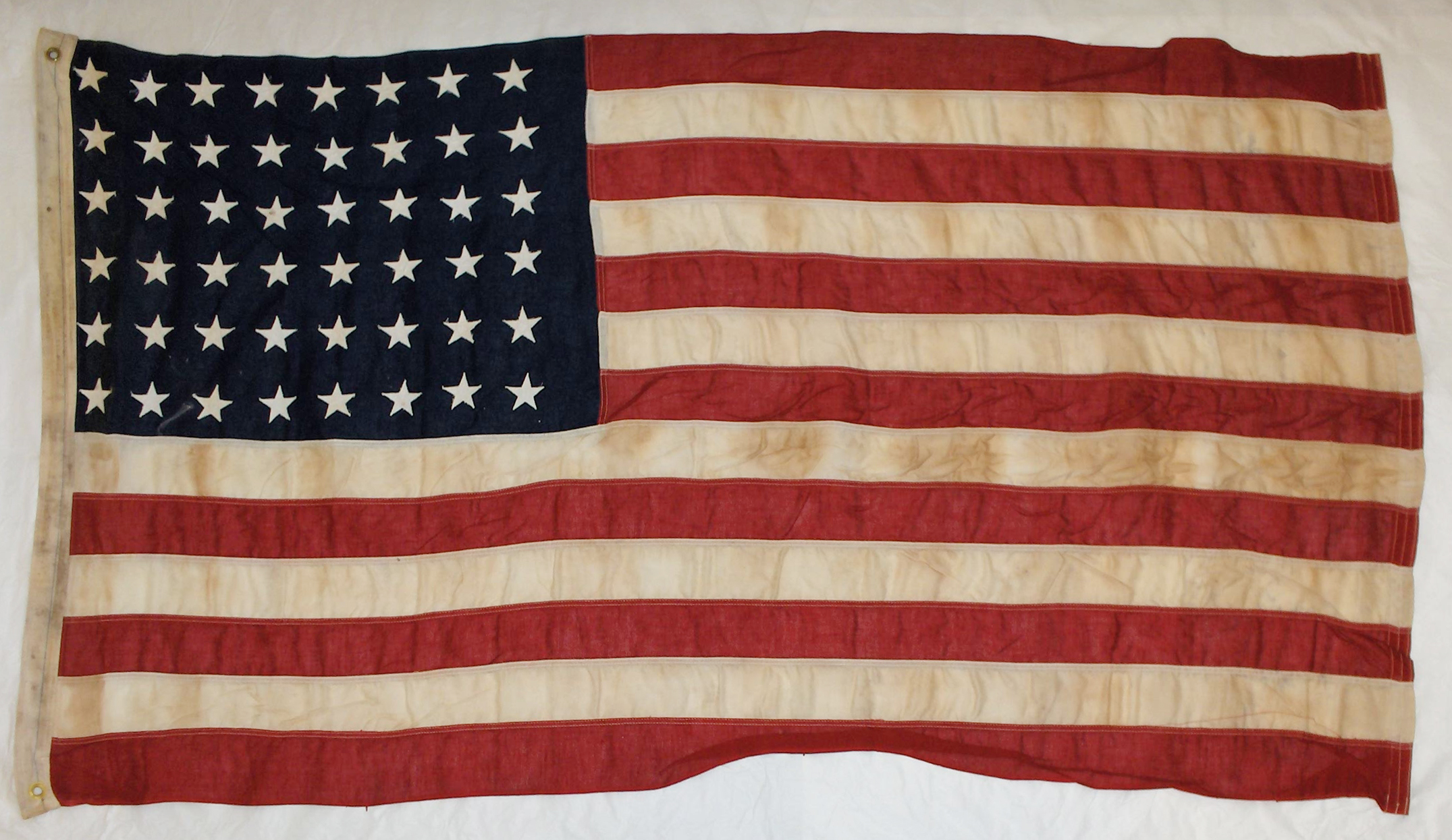 Did you know that June 14th is Flag Day? Although it is not a national holiday, in 1916 President Woodrow Wilson issued a proclamation that officially established June 14th as Flag Day, and in August 1949, an act of Congress established National Flag Day. Flag Day commemorates the adoption of the U.S. flag on June 14, 1777, when the Continental Congress passed the first Flag Act. It read: “Resolved, That the flag of the United States be made of thirteen stripes, alternate red and white; that the union be thirteen stars, white in a blue field, representing a new Constellation”.

In 1793, Vermont and Kentucky joined the Union as the fourteenth and fifteenth states. The Flag Act of 1794 provided fifteen stripes and fifteen stars after May 1795. That new flag design flew for twenty-three years, through the War of 1812 and over the administrations of five presidents: George Washington, John Adams, Thomas Jefferson, James Madison, and James Monroe. By 1812, Tennessee, Ohio, Louisiana, and Indiana had joined the Union (now nineteen states), and Mississippi joined soon after. A Congressional committee formed to study the “problem” of adding stripes equal to the number of existing states. There were arguments for and against adding stripes, but the prevailing opinion was that the flag should include only thirteen stripes in honor of the original thirteen colonies.

The Flag Act of 1818, signed by President James Monroe on April 4, 1818, officially stated that the flag would have thirteen stripes and include one star for each state. Stars would be added to the flag on the 4th of July following the admission of each new state.

Confederate First National Pattern flag made after Virginia seceded from the Union. (VMHC 0000.330)

Did you know that the Confederate National flag was designed to be similar to the U.S. flag? The U.S. flag, known as the “Stars and Stripes,” added stars as states entered the Union and had thirteen red and white stripes. The Confederate First National pattern, adopted in March 1861, had seven stars, representing the first seven states to secede. Later versions added stars as more southern states seceded. Instead of stripes, the Confederate National flag had three bars (red-white-red) and was known as the “Stars and Bars.”

The former VMHC exhibition, An American Turning Point: The Civil War in Virginia, had four Confederate flags on display. One unique flag is a Confederate First National pattern with eight stars, which represents Virginia (the eighth state) joining the Confederacy. This flag would have been made in the short time between April 17, 1861, when Virginia seceded, and May 6, 1861, when Arkansas seceded.

Finally, one last flag: The 48-star U.S. flag was the official flag from 1912 to 1959 during World Wars I and II, and eight presidents served under this flag: William H. Taft, Woodrow Wilson, Warren Harding, Calvin Coolidge, Herbert Hoover, Franklin D. Roosevelt, Harry S. Truman, and Dwight D. Eisenhower. The current 50-star flag has been the official flag for the longest period of time, 52 years, as of this writing.

This article was written by Rebecca A. Rose while serving as the Registrar at the Virginia Museum of History and Culture.