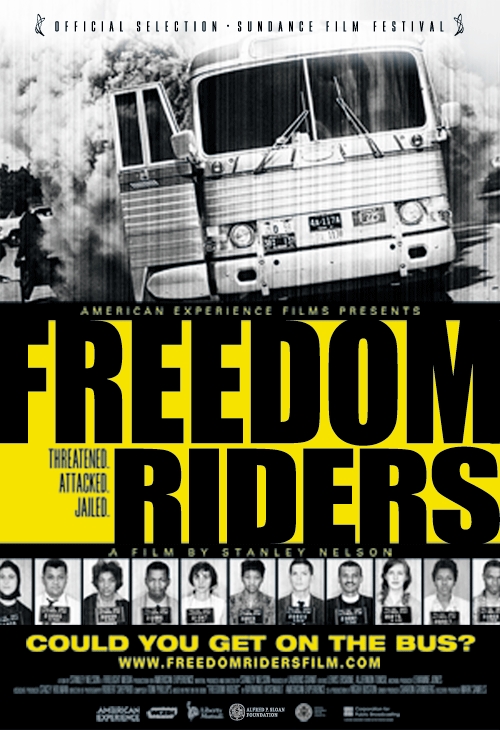 In 1961, a small group of white and black volunteers rode public buses into the South to demonstrate that interstate travel facilities remained segregated in defiance of the U.S. Supreme Court. The Freedom Riders faced arrest and beatings in their efforts to compel the federal government to enforce the law.

When we think of the modern civil rights movement, we often think about events in the Deep South. Images from Virginia rarely appeared on the nightly news as the commonwealth avoided much of the state-sanctioned violence that occurred in Alabama and Mississippi. Nonetheless, it was often legal decisions in Virginia that provided the justification for federal involvement in the ending of Jim Crow.

Similarly, when we think of the Freedom Riders, we recall the iconic image of the burning Greyhound bus outside Anniston, Alabama, the Klan-led beatings at bus stations in Birmingham and Montgomery, and the arrest and subsequent imprisonment of the protesters at Mississippi’s infamous Parchmen Farm. We don’t think about Virginia. But court cases initiated in the commonwealth played an important part of the Freedom Rides by providing legal groundwork that led to the ending of segregation in interstate transportation. 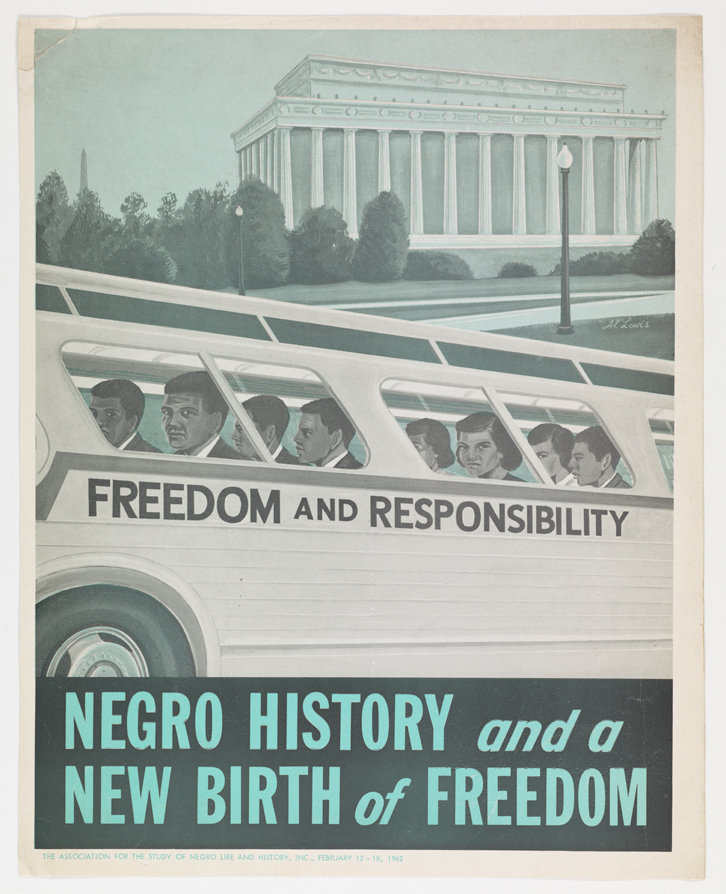 This 1962 poster, published by the Association for the Study of Negro Life & History, made reference the Freedom Rides of 1961. It also anticipates the centennial of Abraham Lincoln’s Gettysburg Address and the March on Washington in 1963. (VMHC 2001.35.2)

When the Freedom Riders arrived in Richmond on May 4, 1961, they discovered two cafeterias in the bus terminal. Although the signs had been removed, it was clear that one served black travelers and the other served white travelers. Integrated groups patronized both cafeterias and received service. One of the Freedom Riders, Frances Bergman, reported that “there was surprise and much curiosity, but no incidents.”

Challenging Jim Crow transportation in the Old Dominion was not always so easy. On July 16, 1944, twenty-seven-year-old Irene Morgan boarded a Greyhound bus in Gloucester, Virginia, to travel to Baltimore. When the bus stopped in Saluda, the driver ordered Morgan to give her seat to a white passenger. Morgan, who was recovering from a miscarriage, refused. After an altercation, she was arrested and later tried and convicted of violating a state law that required passengers “to take and occupy the seat or seats or other spaces assigned to them by the driver.” Morgan appealed and eventually the case made its way to the U.S. Supreme Court. In 1945, the court found that state laws mandating Jim Crow seating violated the Constitution’s commerce clause. 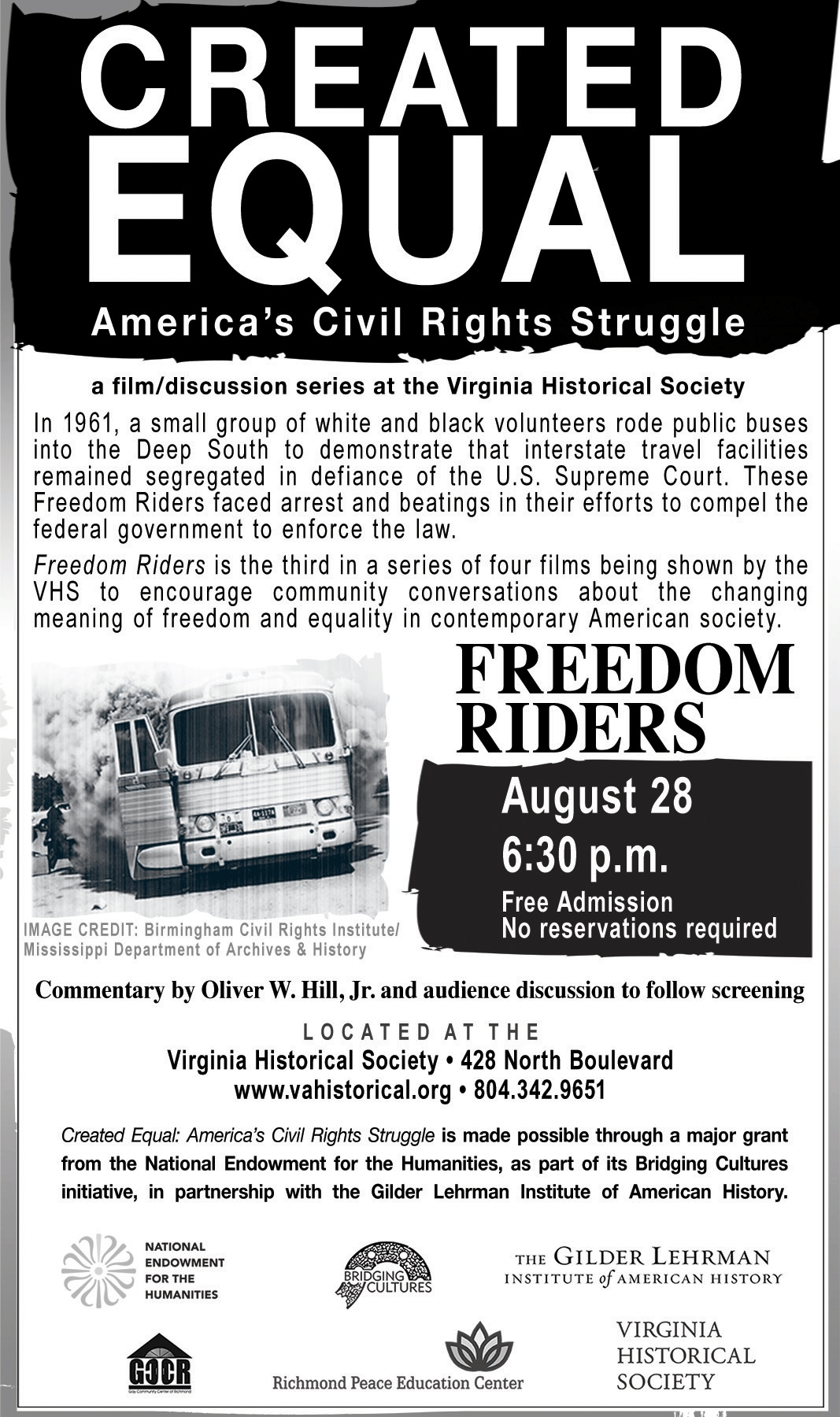 Thirteen years later, in December 1958, Bruce Boynton, a law student at Howard University, was traveling from Washington, D. C., to his home in Selma, Alabama. In Richmond, Boynton was refused service in the bus terminal’s white-only restaurant. He asserted his right as an interstate passenger under Morgan v. Virginia, to sit where he wanted. Police arrested Boynton, and he was convicted and fined for trespassing.

Martin A. Martin, a local attorney working with the NAACP’s Legal Defense Fund, brought suit. Martin claimed Boynton’s conviction violated the commerce clause, the Interstate Commerce Act, and the equal protection clause of the Fourteenth Amendment. The case eventually reached the U.S. Supreme Court, which in a 7 to 2 ruling handed down on December 5, 1960, found Virginia’s law mandating segregation in the bus terminal unconstitutional. Because the primary purpose of the restaurant was to provide service to bus passengers, many of whom were involved in interstate travel, racial segregation in the terminal violated the Interstate Commerce Act. Five months later, the Freedom Riders entered Richmond.

This article was written by Bill Obrochta while serving as the Manager of Educational Services at the Virginia Museum of History & Culture.