Grace Sherwood: The "Witch of Pungo"

On July 10, 1706, a forty-six-year-old Princess Anne County woman named Grace Sherwood faced an unusual legal procedure. Her hands were tied and she was about to be thrown from a boat into a river as a test to see if she was a witch. For several years neighbors talked of how the midwife, healer, and widowed mother of three had ruined crops, killed livestock, and conjured up storms. Then in January of 1706 Luke Hill formally accused Sherwood of witchcraft. The case passed from the county court to the attorney general of Virginia without any judgment.

Finally, authorities in Princess Anne County ordered that the accused be "ducked" in consecrated water to determine her guilt or innocence. By this ordeal, if she sank she would be declared innocent, but if she floated her identity as a witch would be proven. A spot in the Lynnhaven River, off what is today known as Witchduck Point, was chosen, and Grace Sherwood was bound and thrown from a boat. She managed to untie herself and rise to the surface, proving to those present that she was a witch. As punishment for her crime, Grace Sherwood spent seven years in jail. After her release the so-called "witch of Pungo" returned to her home and lived peacefully until her death around the age of eighty. 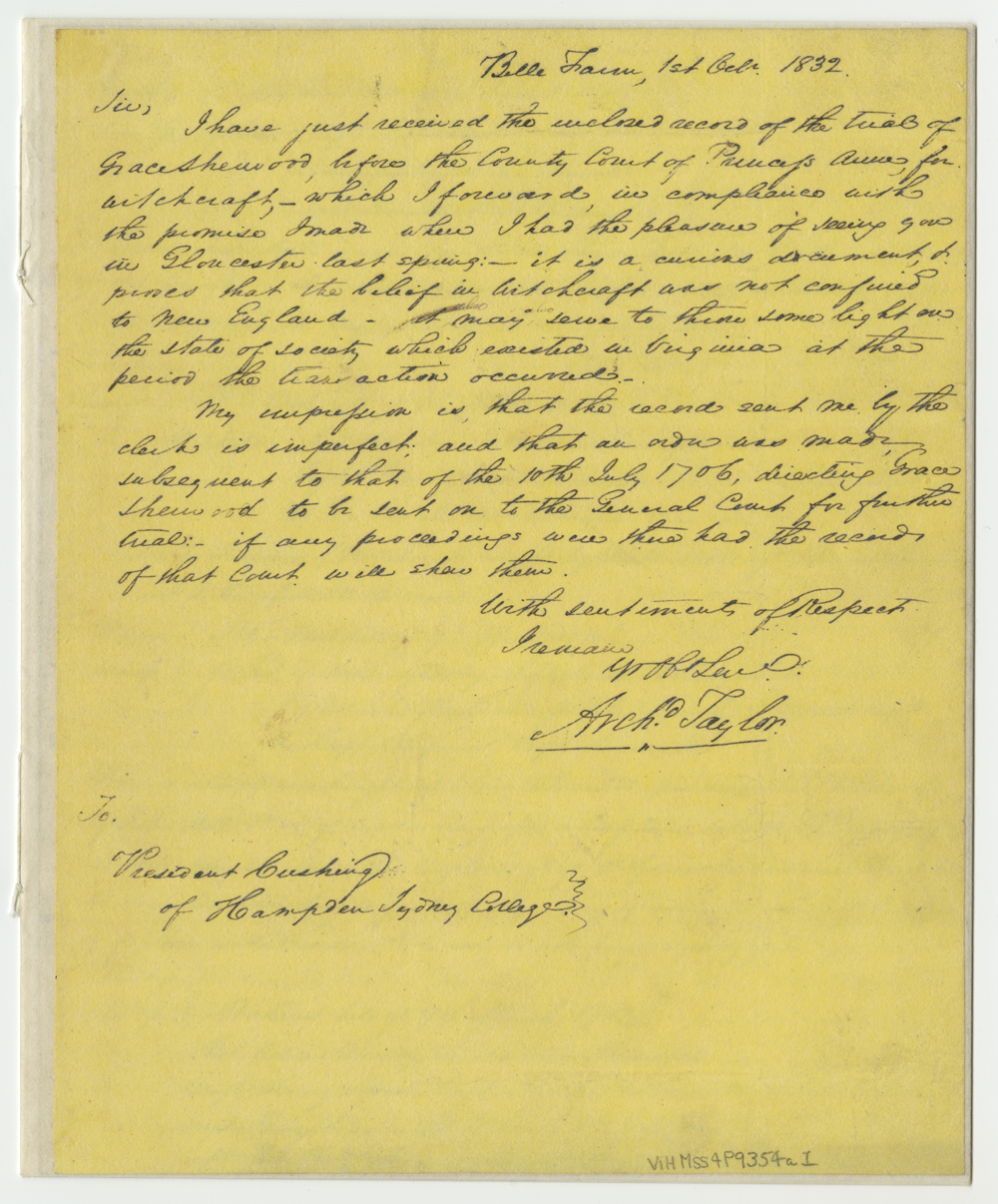 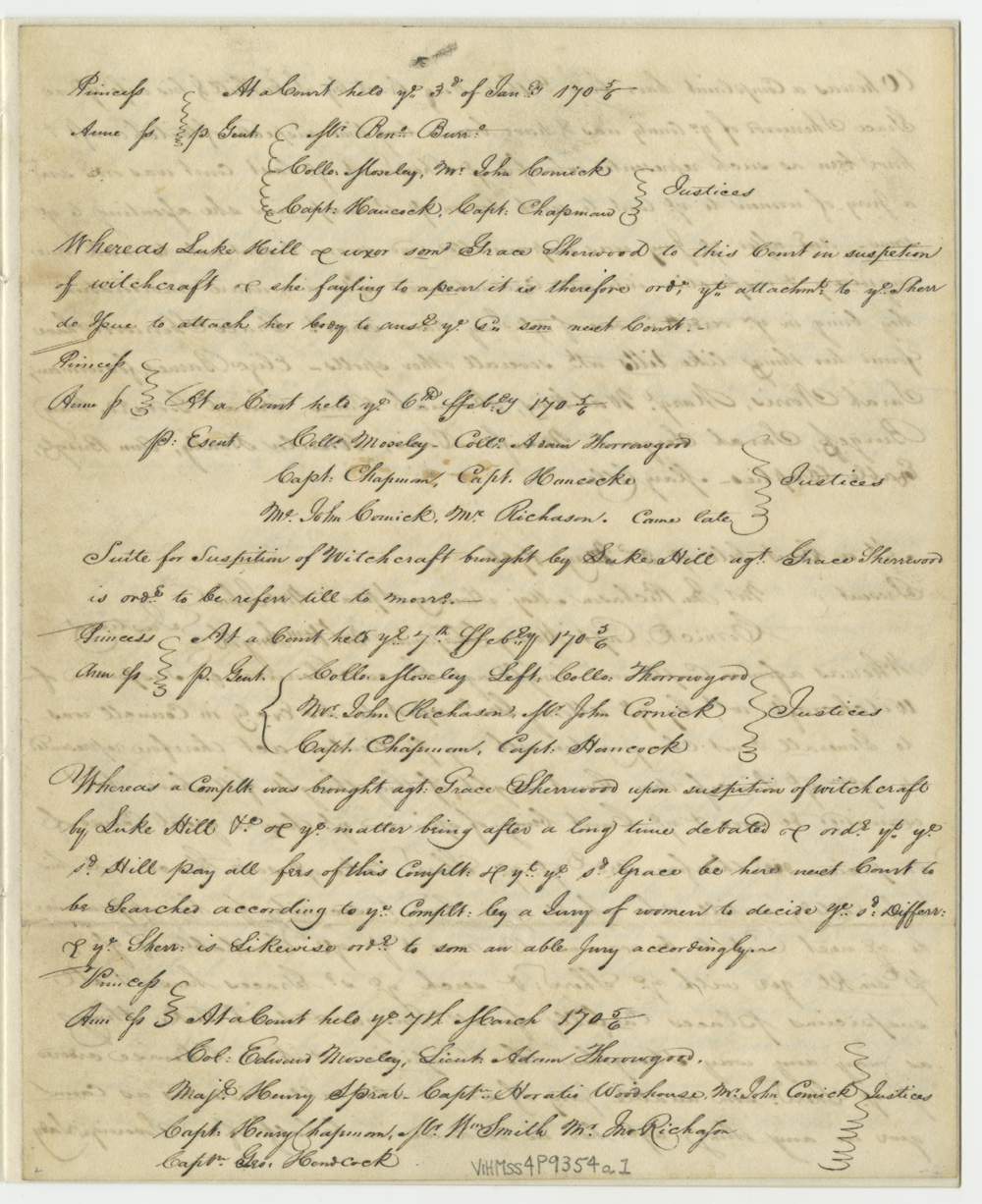 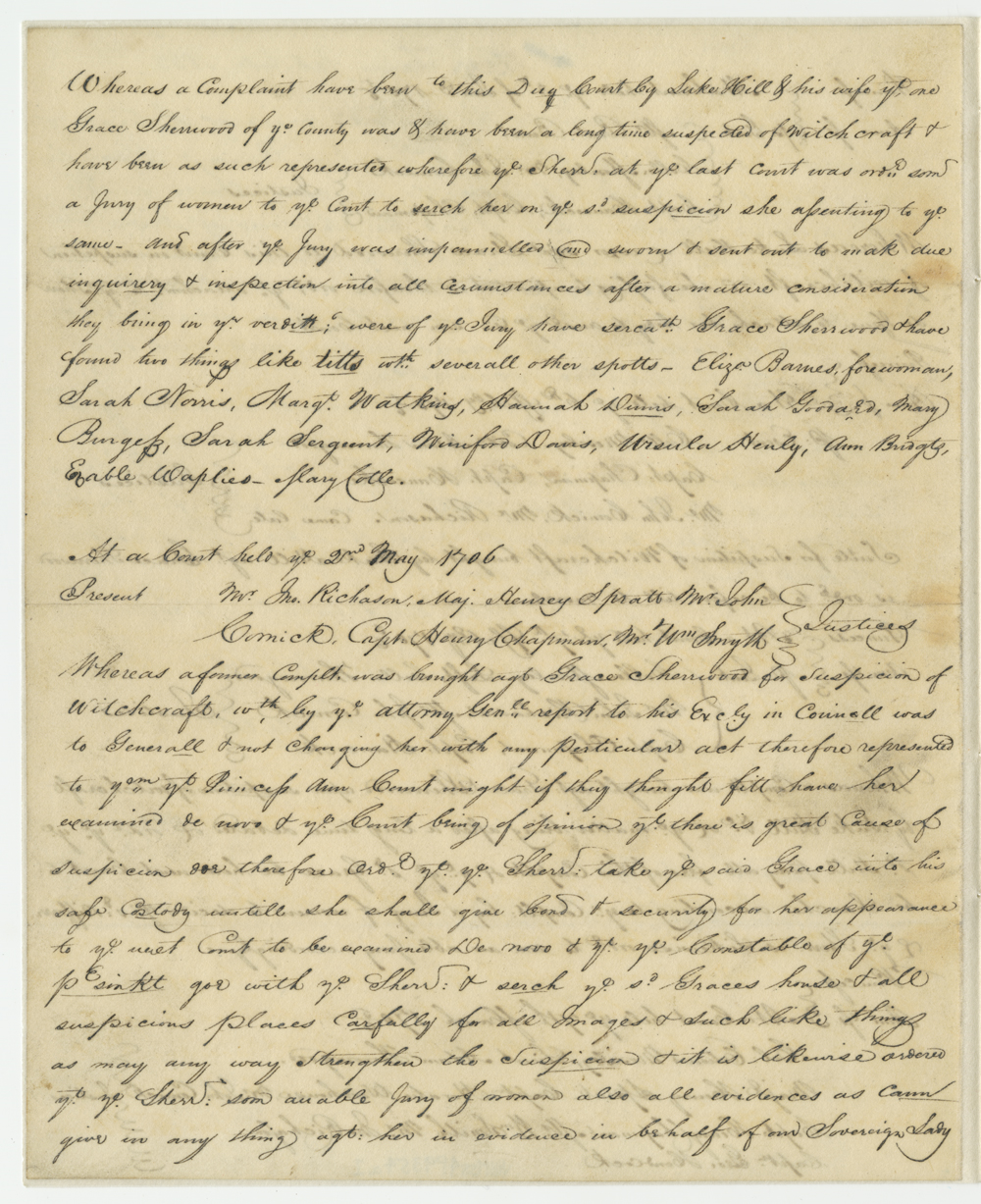 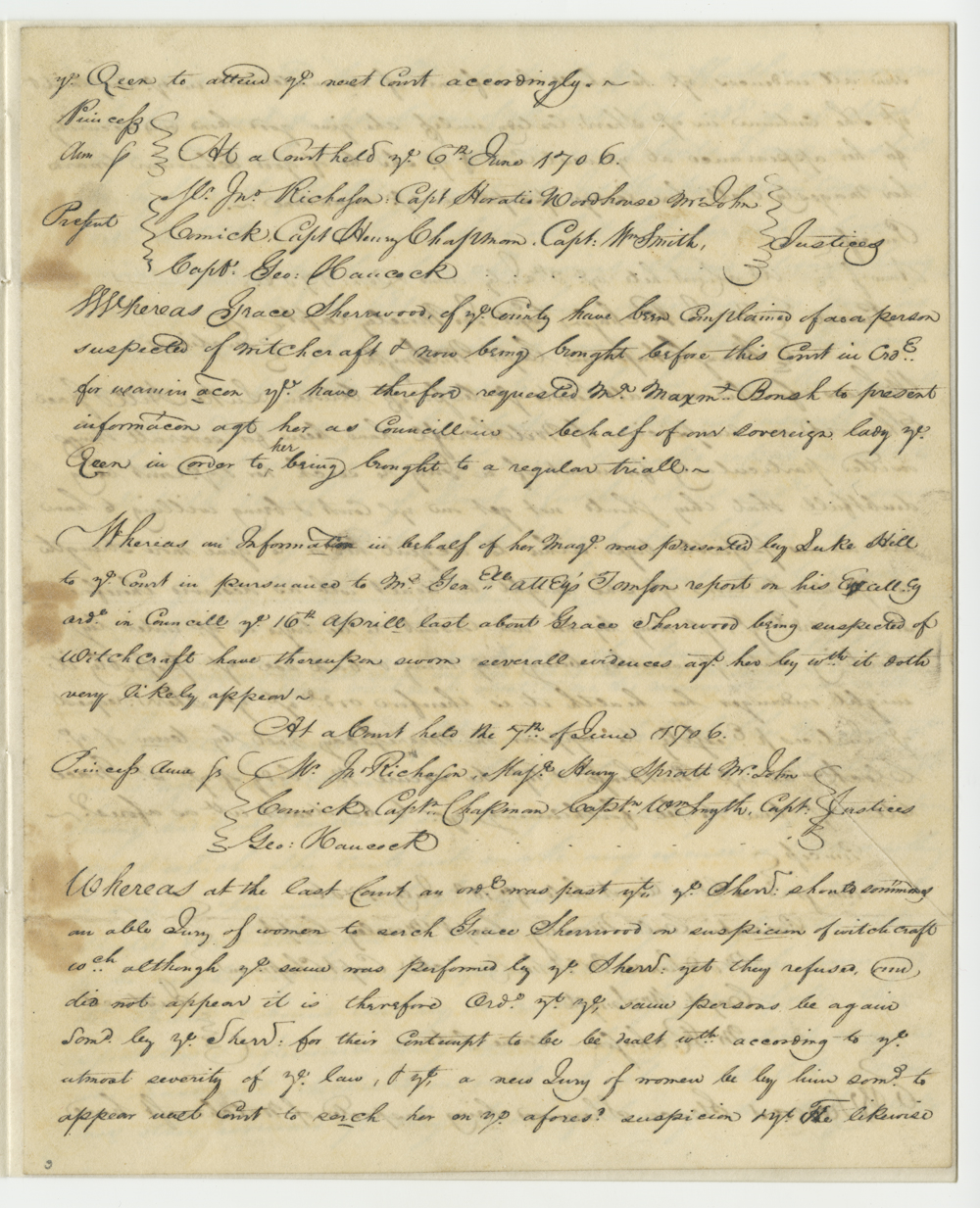 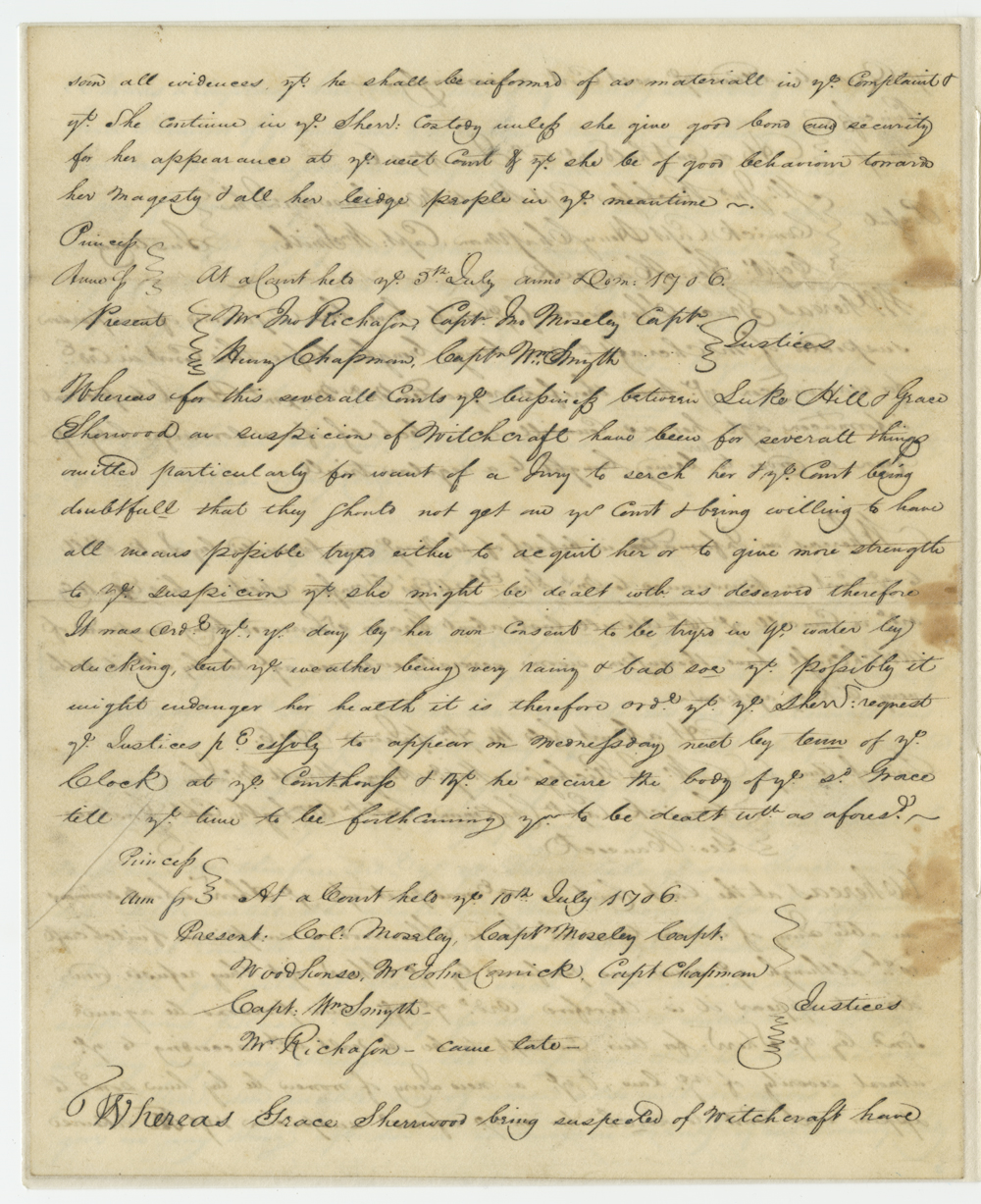 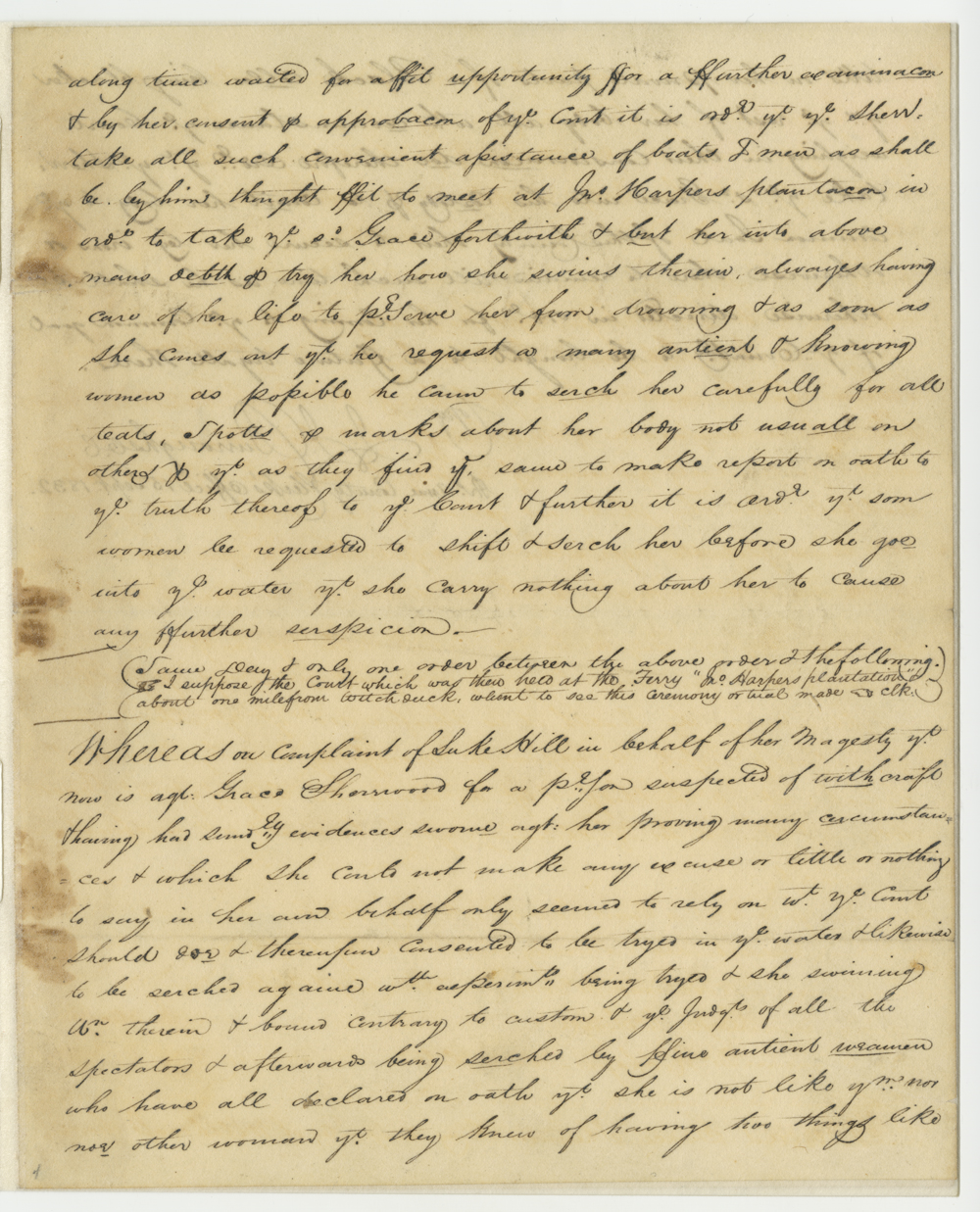 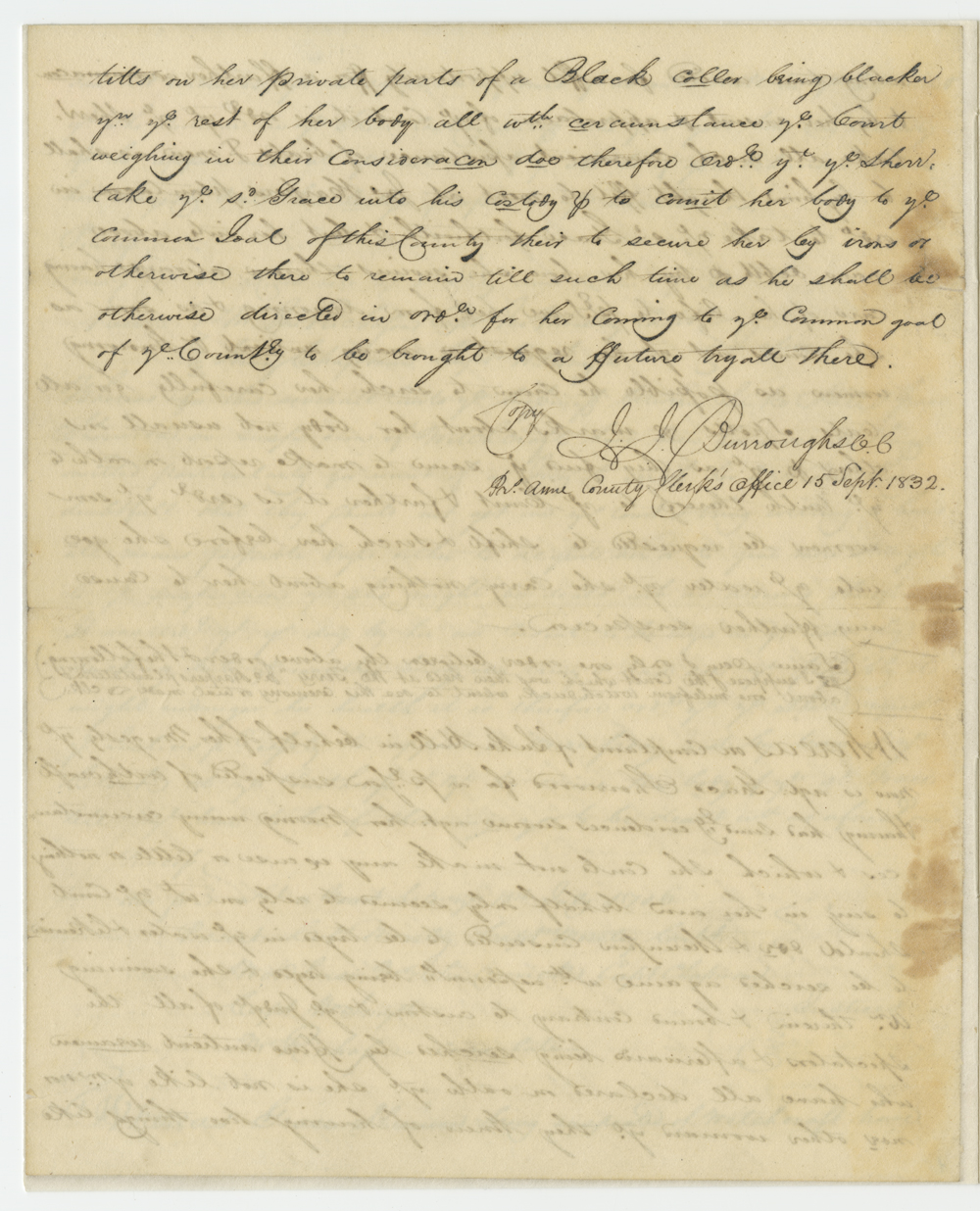 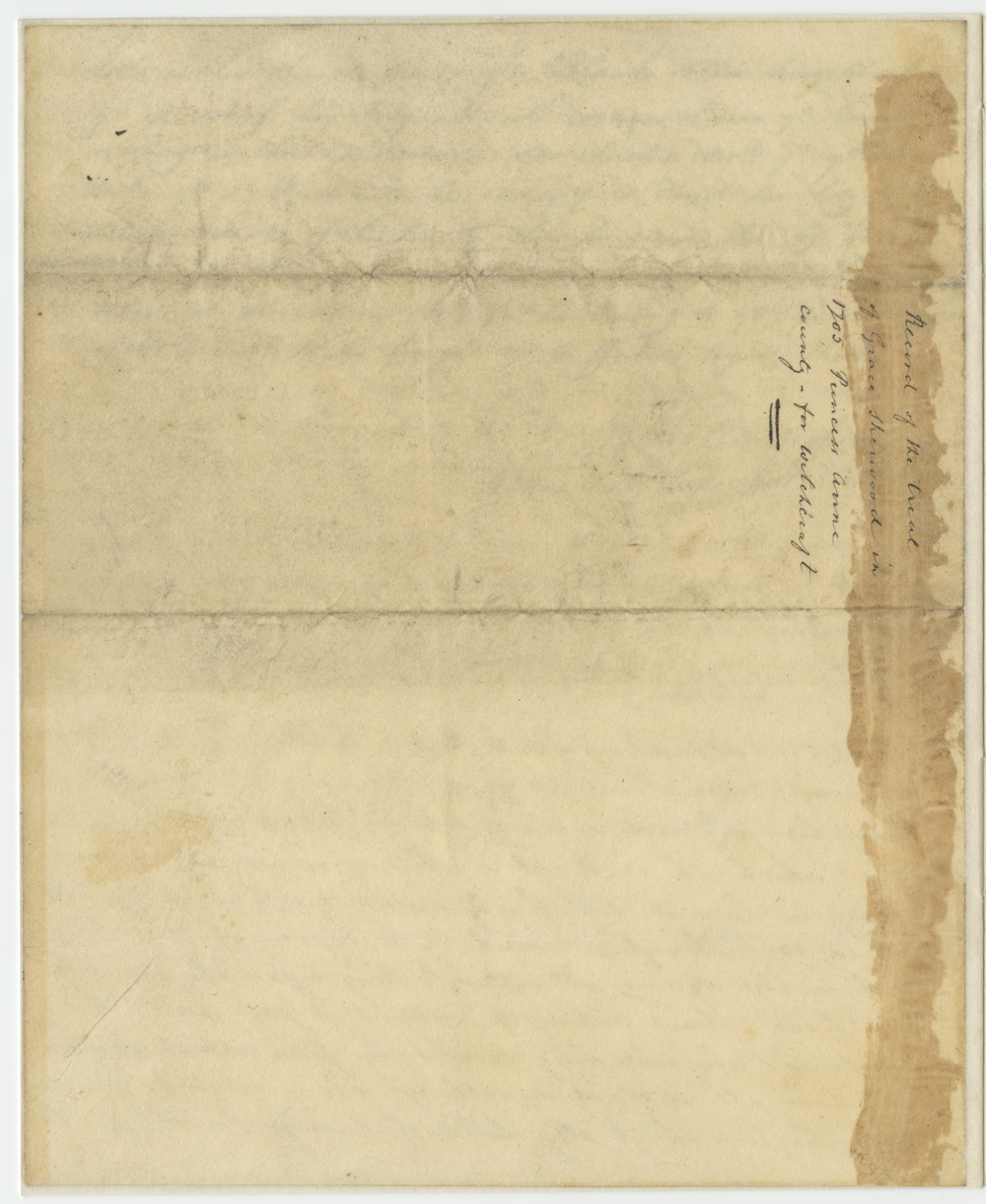 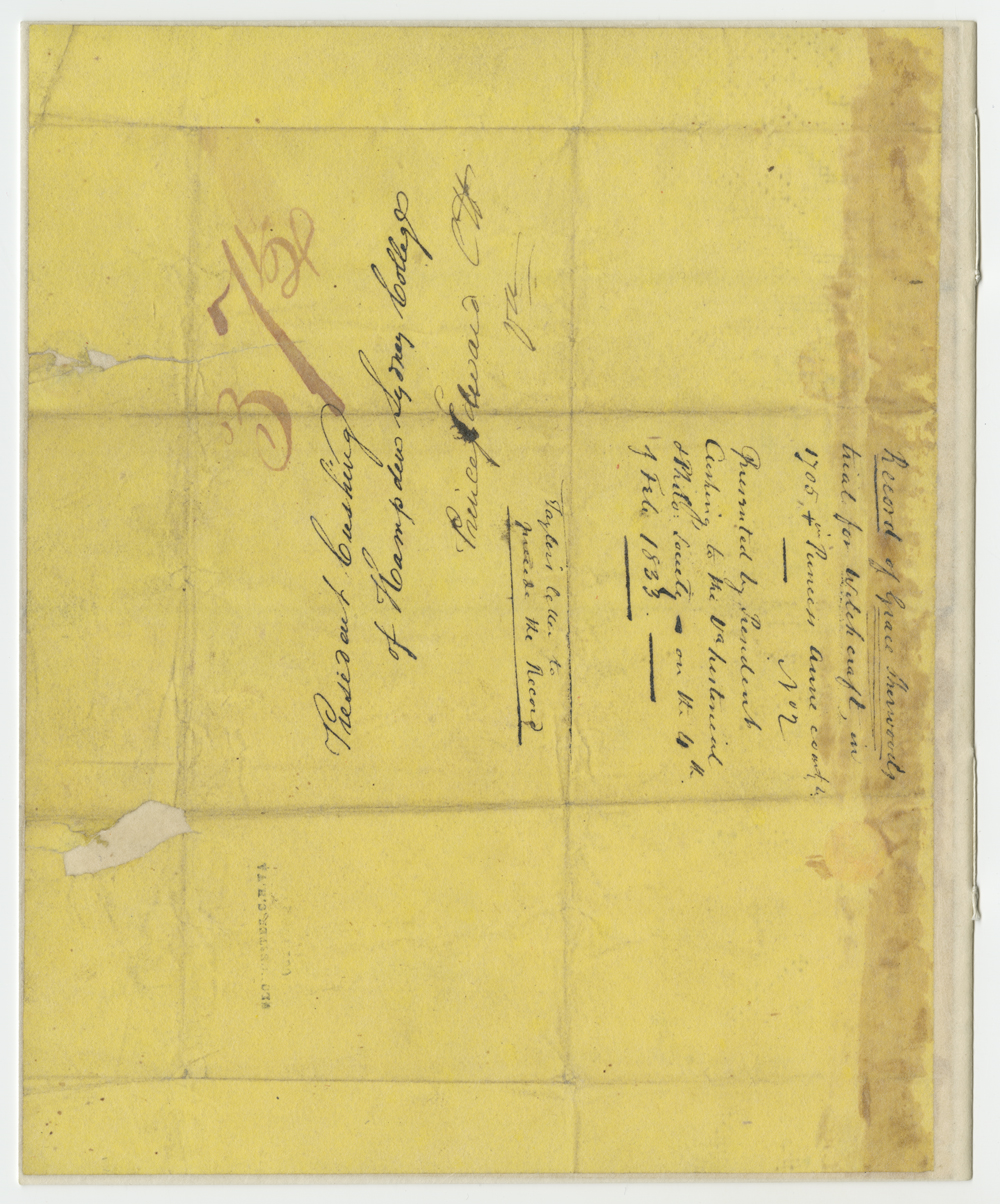