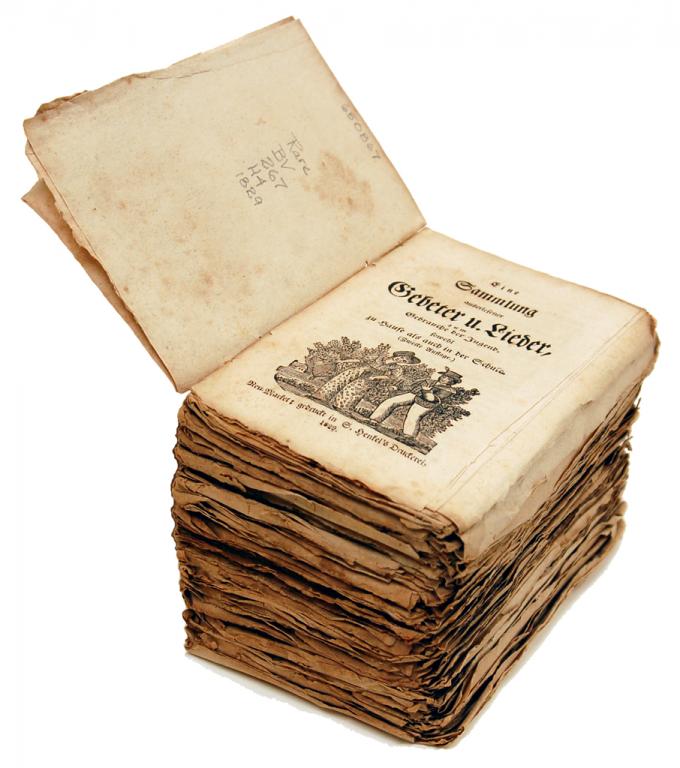 In 1806, two young men, Ambrose Henkel and his brother Solomon, started one of the first German language presses in the South. The press began as an amateur operation in the New Market home of their father, Paul, a prominent Lutheran minister. The first publications were crudely printed and had blurry illustrations, but the brothers eventually became skilled printers.

Many of the people living in the Valley of Virginia shared a German heritage, and the early Henkel materials were printed in German and then later in English. The Henkel Press eventually became an important source for Lutheran devotional material, newspapers, song books, and children's books. The press was always more than just a business venture, and the family believed that it was a way to preserve their culture, language, and religious beliefs.
Image 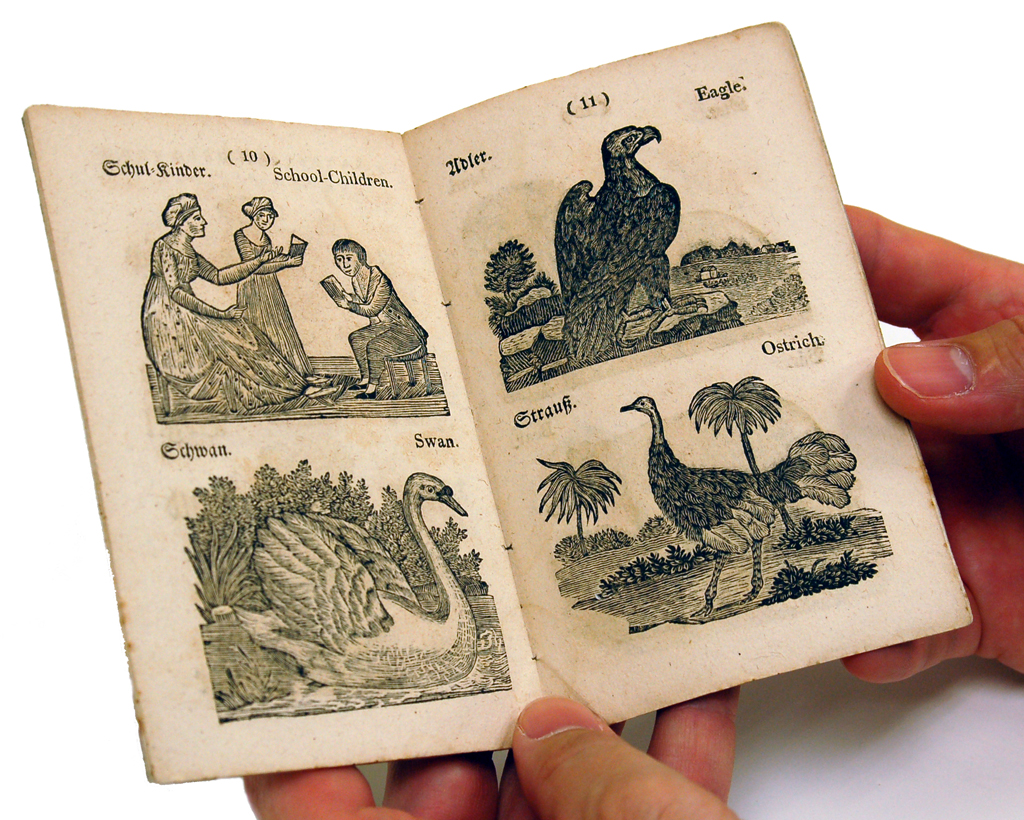 ABC - und Bilder - Buch/ABC and Picture Book (New Market, 1817)
This children's speller is an early Henkel imprint and contains charming illustrations with a German and English glossary. At this time, perhaps as many as three quarters of the population of the northern part of the Valley had German ancestors. The book was a popular title and sold well in Virginia, North Carolina, Tennessee, and Ohio. (VHS call number: Rare Books PF 3114 H38 1817)
Image 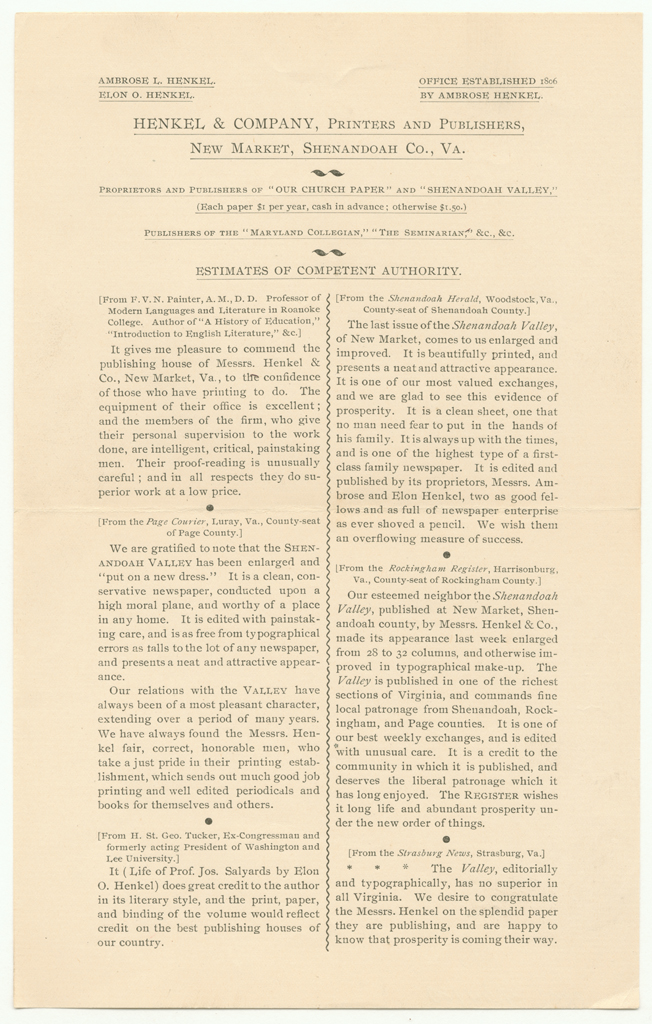 Henkel and Company, Printers and Publishers (New Market)
This undated advertising broadside contains testimonials from satisfied subscribers to the Shenandoah Valley, a newspaper published by the Henkel Press. One endorsement read "It is a clean sheet, one that no man need fear to put in the hands of his family. It is edited and published by its proprietors, Messrs. Ambrose and Elon Henkel, two as good fellows and as full of newspaper enterprise as ever shoved a pencil." (VHS call number: Broadside [no date] He:5)
Image 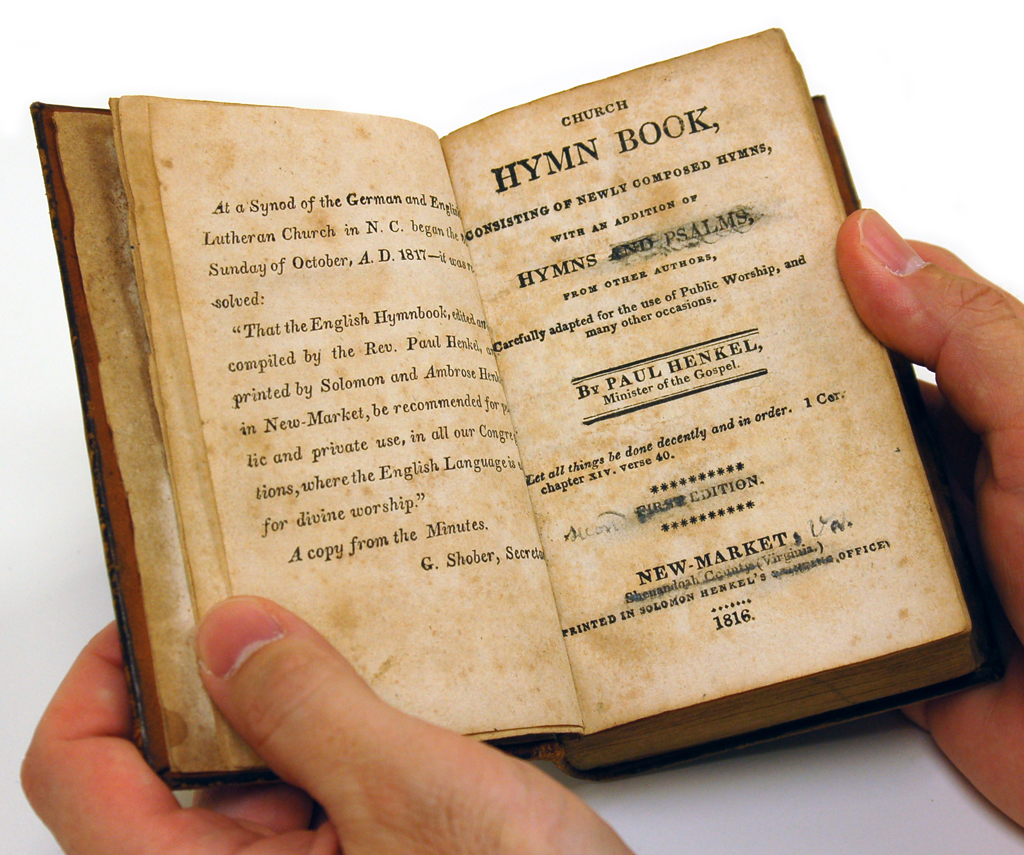 Church Hymn Book (New Market, 1816) by Paul Henkel
The Reverend Paul Henkel, a Lutheran pastor and missionary, settled with his family in Shenandoah County in 1790. He founded the first Lutheran publishing house in America in order to furnish congregations with religious materials such as this hymnal. (VHS call number: Rare Books BV 410 H38 1816)
Image 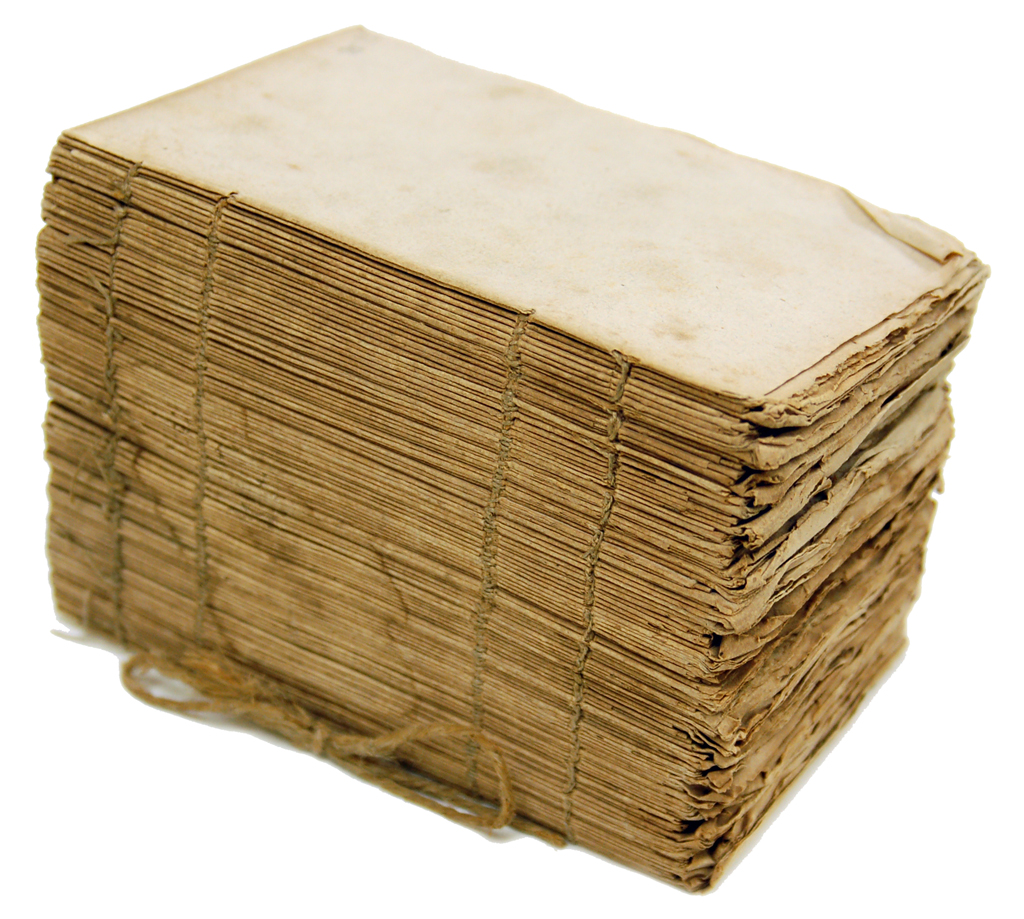 Eine Sammlung Auserlesner Gebeter u. Lieder [spine]
This unusual book is actually fourteen identical pamphlets sewn together to form one tall, squat volume. Presumably, the Henkels stitched the pamphlets together for easy distribution, and relied on the booksellers to separate the copies and bind them. This image shows the spine of the book. (VHS call number: Rare Books BV 267 H4 1829)