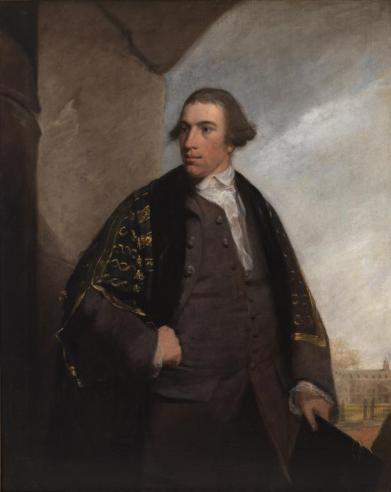 The Wormeley family was one of the earliest to achieve prominence in Virginia. The first Ralph Wormeley, resident in the colony in 1636, welcomed Royalist emigres as "guests in his house" on the York River in 1649. Before his death two years later, he relocated the family seat to Rosegill, in Middlesex County. There his widow remained with her second husband, Sir Henry Chicheley, governor of the colony. Another early governor, Francis, Lord Howard of Effingham, used the family seat as a summer retreat in the 1680s, evidence that under its third owner, Ralph Wormeley II, this complex of wooden buildings remained a haven of gentility in the frontier wilderness. It was probably Ralph Wormeley IV who erected the range of mid-eighteenth-century brick buildings that survives today at Rosegill.

The second Ralph Wormeley (1650–1701) did much to ensconce the family dynasty in Virginia. Well educated in England, he collected 375 books to form a library at Rosegill of extraordinary size and breadth for its time and place. English in his manners and philosophy, he also collected fine Old-World furnishings, including silver marked with the family crest. Called by contemporaries "the greatest man in the government, next the governor," Ralph Wormeley II established a family tradition of political service. His example of scholarship and connoisseurship would be emulated by his successors, including his great-grandson, of whom two portraits are exhibited here. 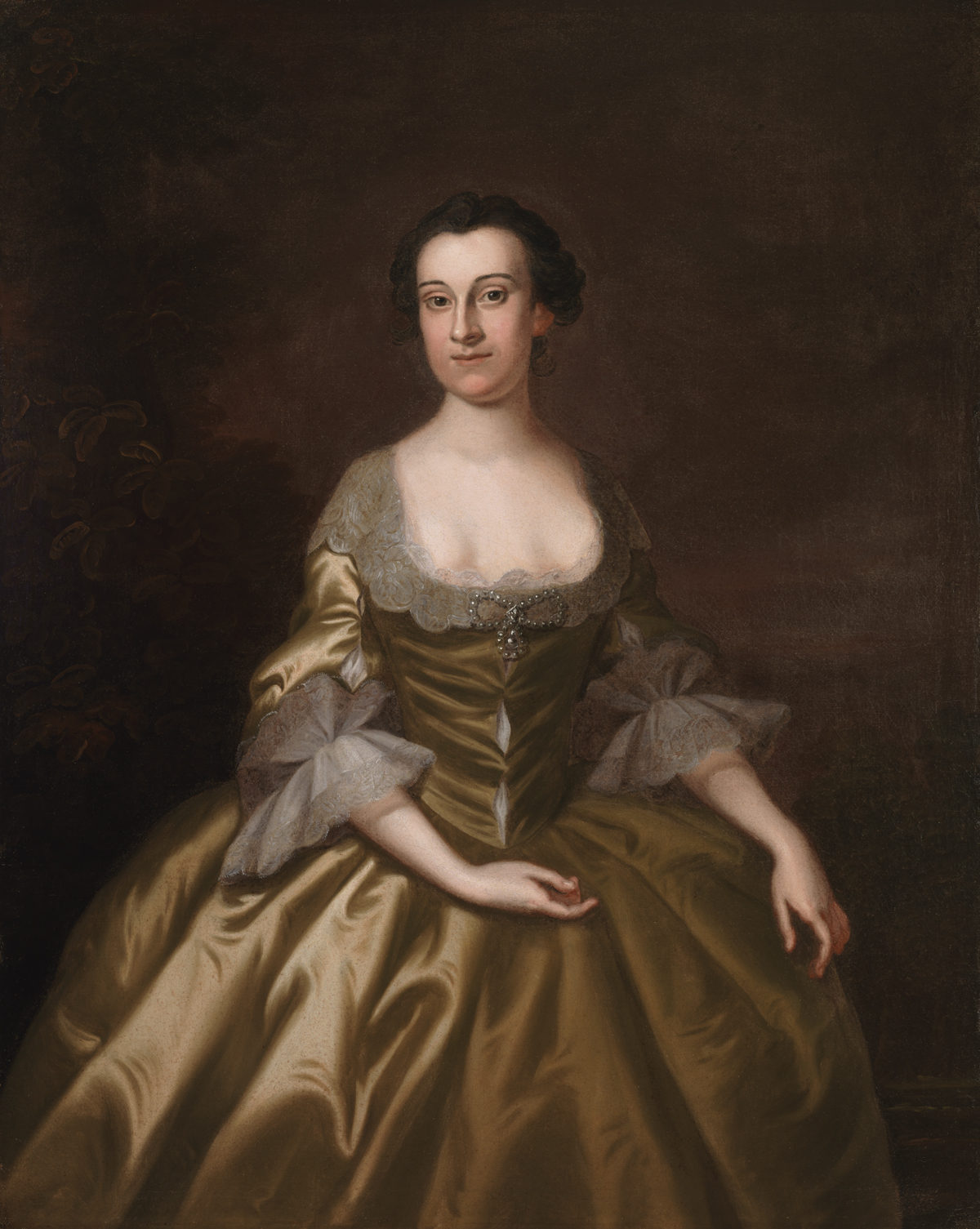 Jane Bowles Wormeley, c. 1755–57, by John Wollaston
Born to a prominent Maryland family, Jane Bowles (born ca. 1726) was the second wife of Ralph Wormeley IV and the mother of six of his seven children, including his oldest son and heir. Producing large and costly three-quarter length paintings like this one spurred John Wollaston to do some of his finest work in America. Probably to the satisfaction of his sitters, who wanted to be recognized as gentry, Wollaston painted a number of them in nearly identical costumes and poses. The requisite rich fabric and intricate lace are present, a survival from the tradition that started in England a century earlier with Anthony van Dyck. Like many of her compatriots on canvas, Jane Wormeley postures precisely as fashion dictated. Yet she emerges from the canvas with individuality. (Gift of John Chauncy Williams; VHS accession number: 1951.21)
Image 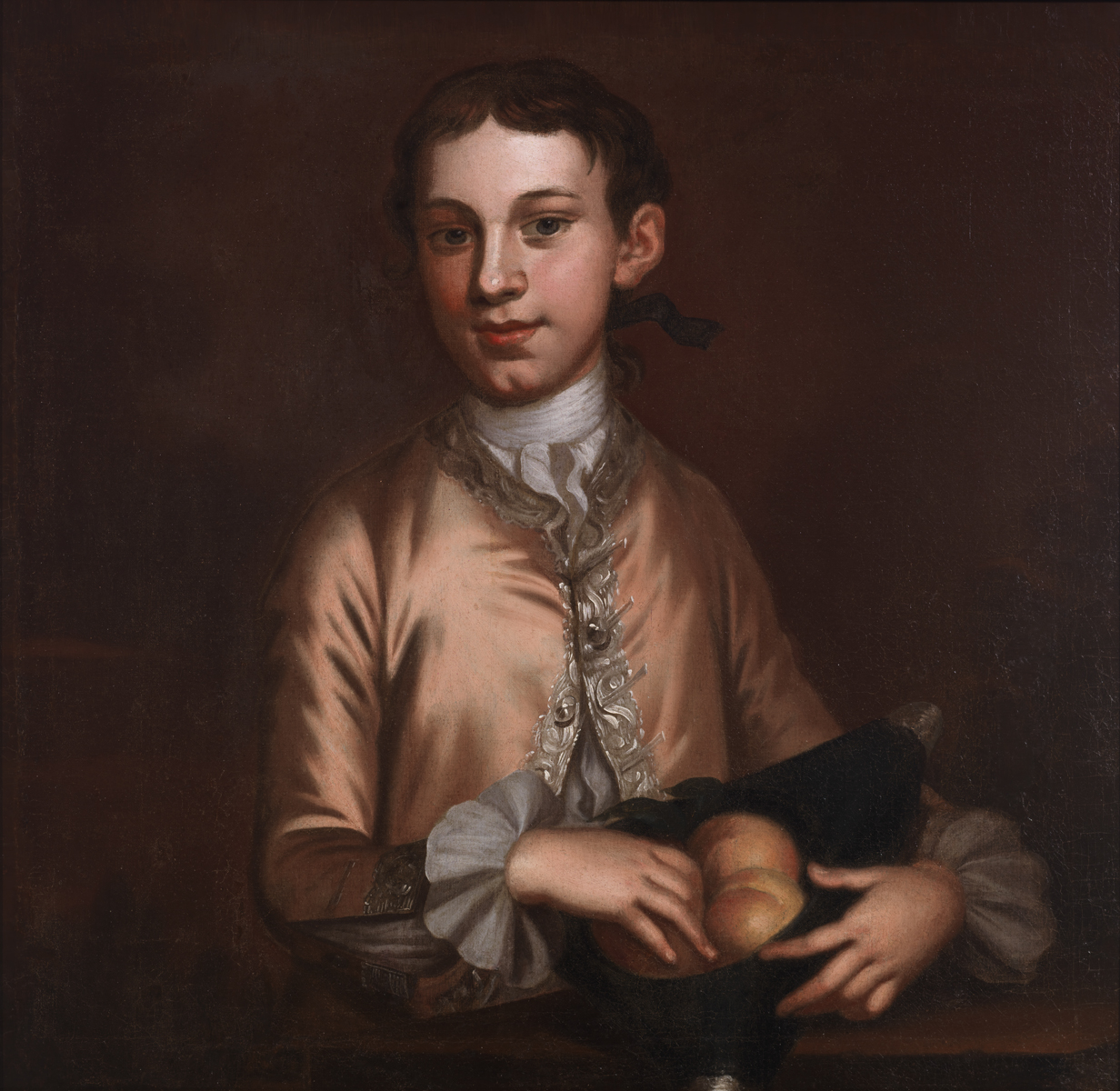 Ralph Wormeley V, c. 1755-57, by John Wollaston
This charming portrait of the ten-year-old heir to the Wormeley family estate is one of the more appealing of the portraits of children painted in colonial Virginia. Not only is the boy's elegant velvet jacket painted with John Wollaston's characteristic attention to the texture and detail of costume, but young Wormeley also displays a mixture of maturity and adolescent innocence that probably was characteristic of this sitter. In contrast to much of the imagery of children produced in this era, the figure seems neither rigid nor inanimate. Even natural in appearance is the boy's use of his stylish hat as a basket for gathered peaches, which offer yet another texture and color for the viewer's delight. (Gift of Carter Warner Wormeley and Ralph Harvie Wormeley; VHS accession number: 1958.30)
Image 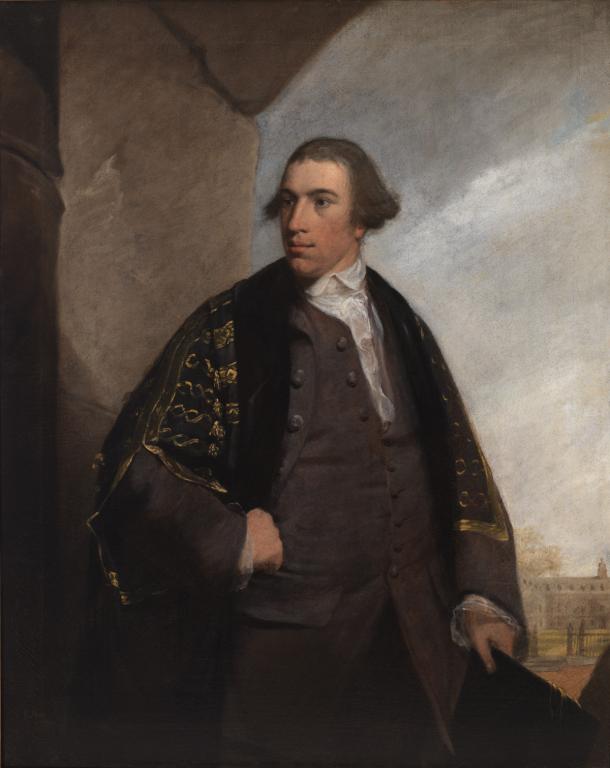