A House Built of Virginia Stone 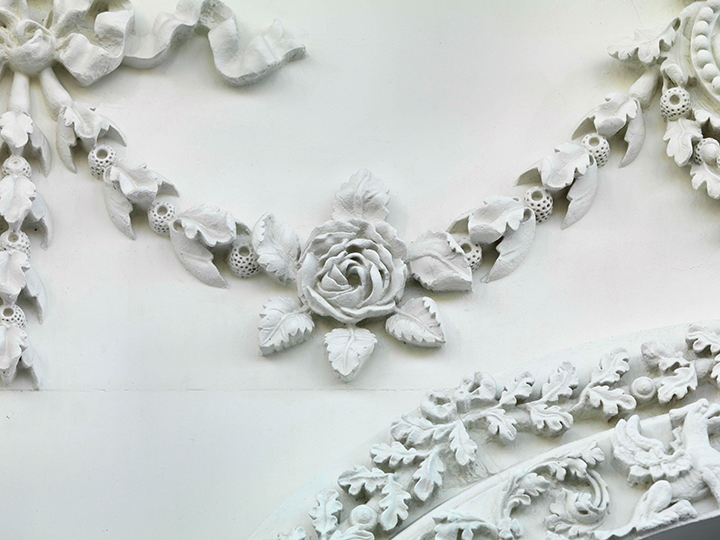 Approximately forty miles south of Washington, D.C., the Aquia sandstone quarry on Government Island sits quietly in the woods of Stafford County, Virginia. The rock outcroppings of the quarry, however, are not the most visible evidence of its contribution to American history. Its stone can be seen every day on the exterior walls of the White House and in the decorative elements on the homes of many prominent eighteenth-century Virginians.

Found near present-day Aquia Harbor, Aquia Stone, rather than the traditional reddish color of sandstone, has a unique light color. When, in 1798, the White House received its first coat of whitewash mixed with lime to protect its exterior, this Virginia stone took on its distinctive appearance — spurring the home’s future famous name. 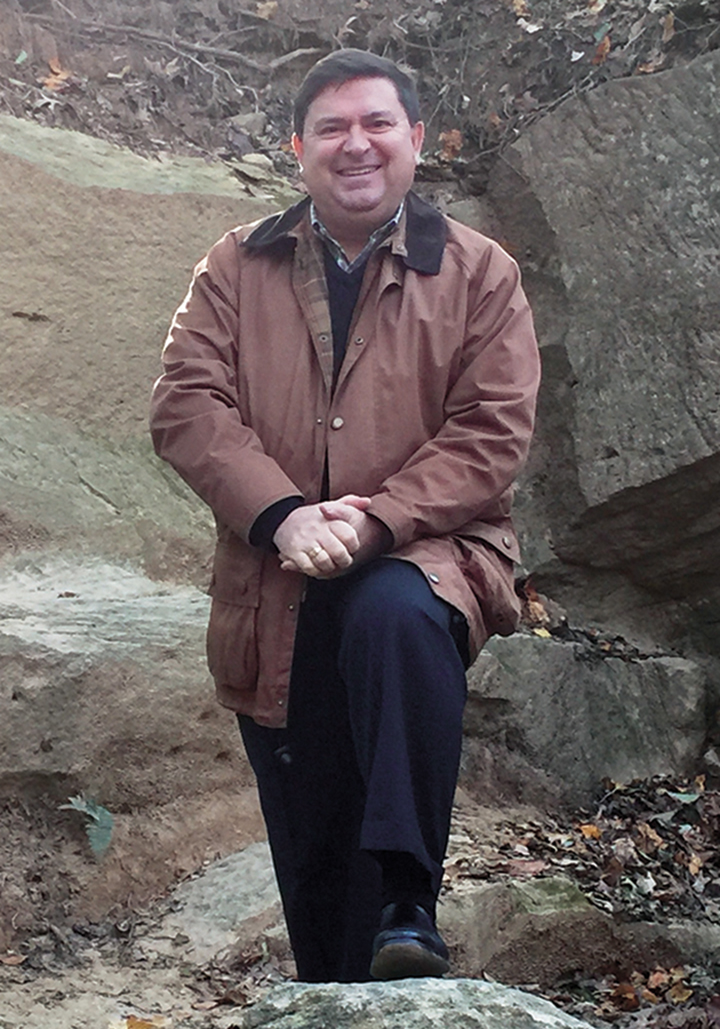 After settling in Virginia in 1647, the Brents, an influential family originating from Maryland, owned a quarry on Aquia Creek for several generations. Interestingly, Margaret Brent was the first female attorney in the colonies and became the first woman in America to own land herself. The land that Margaret owned would become what is now Fredericksburg and Alexandria. During the Brents’ era, the quarry was mainly used for gravestones, decorative trim on homes and churches, bridges, millstones, and steps.

In 1791, the quarry was purchased by the federal government to supply stone for the construction of government buildings in the new Federal City. The quarry then became known as Government Island, and its stone was harvested, transported down Aquia Creek and poled on rafts upriver on the Potomac, dressed on the riverbanks in Washington, moved to modern-day Lafayette Square for final carving, and eventually used to face or finish the exterior walls of the President’s House. Until the middle of the eighteenth century, Virginia homes were typically made of brick and wood rather than “dressed” stone. Plantation owners tended to build their private residences out of these materials, and if stone was employed, it was done sparingly. Examples of this early trend toward using Aquia stone for architectural flourishes can be seen across Virginia. Aquia Church in Stafford and Christ Church in Alexandria used the stone for quoins, keystones, and door frames. George Washington used it at Mount Vernon, and it is likely that his personal experiences with Aquia stone led to its incorporation into the White House and other government buildings. The solid stone exterior of the White House was a significant status symbol, benefiting the new nation’s capital and projecting the power of the presidency. 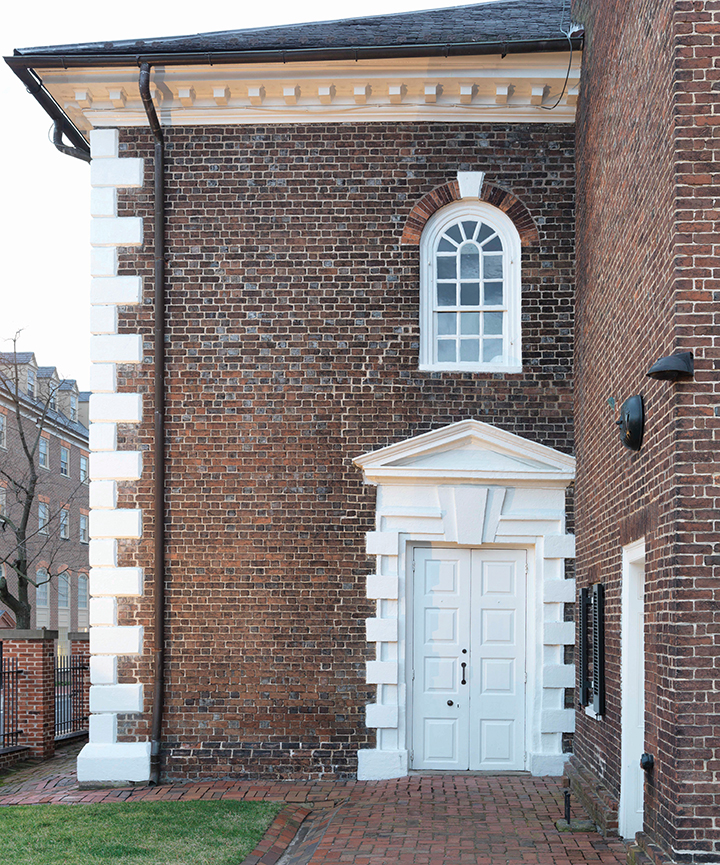 Elaborate stone carvings, as desired by George Washington, were more common in Europe. The unusual nature of elaborate solid stone buildings around the Potomac combined with a lack of available skilled stoneworkers led to stonemasons being hired from elsewhere. Although the building work encompassed a variety of laborers­ — enslaved and free­ — a number of skilled stonemasons came from Scotland. Their skill and craftsmanship were sought after for being the best in the world. As a tenth-generation Scot whose family arrived through the Cape Fear Valley of North Carolina, this link resonates with this article's author.

John Suter, a Scot who ran the Fountain Inn in Georgetown, recommended his cousin, Collen Williamson, for chief stonemason. The building commissioners signed an agreement with Williamson in 1792, and he worked on the White House with other Scottish tradesmen, building the foundation and basement walls until he was dismissed in the spring of 1795. Williamson’s name is engraved in the lost cornerstone, alongside Irish architect James Hoban. 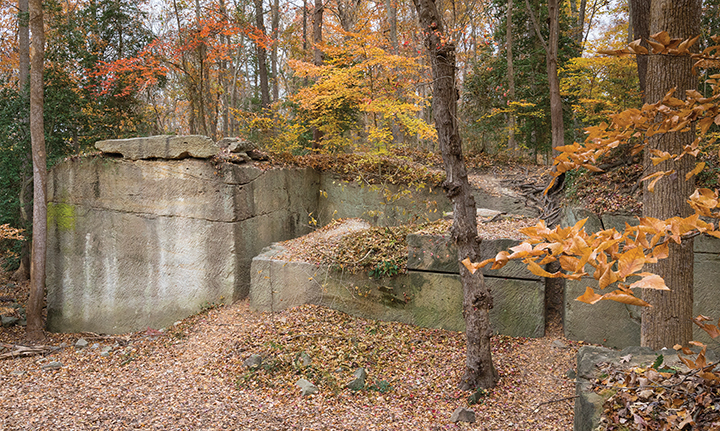 Scottish building work occurred in two phases. Building began with Collen Williamson and continued when an operative “lodge” of stonemasons traveled from Edinburgh. George Walker, a Scottish merchant from Philadelphia, traveled to Scotland in the fall of 1793 after he had offered to help secure more stonemasons. Amid financial turmoil because of war in Europe and the resulting ban on hiring skilled workmen, Walker found several skilled stonemasons keen for forbidden overseas contracts. Among those interested were James and John Williamson (possibly related to Collen Williamson), who began recruiting masons from the Grand Lodge of Scotland­ — Lodge 8 in Edinburgh. Six additional members of the lodge decided to accept Walker’s offer: George Thomson, James White, Alexander Wilson, Alexander Scott, James McIntosh, and Robert Brown. The men sailed to the United States under false names, landed in Norfolk, Virginia, and by the summer of 1794 were in Washington beginning work on the White House. 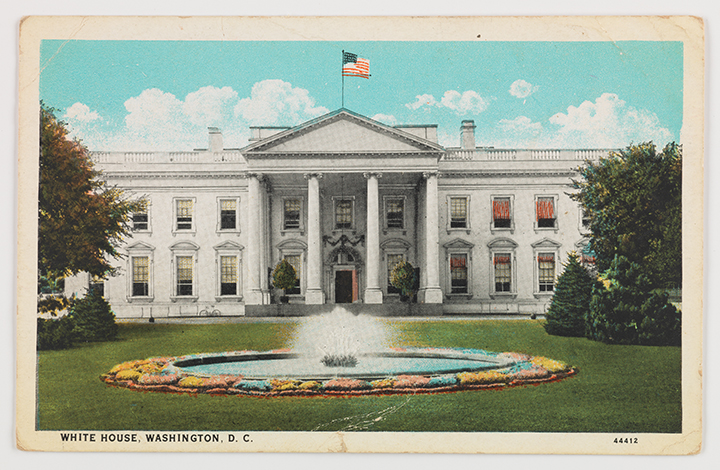 Following the completion of the White House, the Scottish stonemasons were either dismissed or offered work on the Capitol. John and James Williamson returned to Edinburgh, as did James White. Collen Williamson remained in Maryland for the rest of his life. Alexander Reid operated a stone business until his death in 1812. Robert Brown opened a marble yard near Georgetown, and he later helped rebuild the White House after its near destruction during the War of 1812, as did James McIntosh, who supervised stone carvings on the building from 1815 to 1817. The work of the Scottish stonemasons remains immortalized through the double Scottish rose motif that appears above the North Door, atop pilasters, and in other architectural details of the White House. The legacy of Aquia is reflected not only in the construction of the White House but also in the architecture of early Virginia. Aquia stone was used for the decorative trim of the Nelson House, the home of Thomas Nelson Jr., a signer of the Declaration of Independence and wartime governor of Virginia, and for quoins, chimney caps, and the water table at Gunston Hall, the home of George Mason, author of the Virginia Declaration of Rights. Similarly, the John Carlyle House, Mount Airy, Williams Ordinary, Pohick Church, Kenmore, and Cape Henry Lighthouse all feature Aquia sandstone.

An unassuming island along Aquia Creek, along with many other Stafford County quarries, provided the physical foundations and decorative embellishments for the public and private buildings envisioned by our nation’s founders. Government Island is now a county park and is open to the public.