How Did Enslaved People Support the Confederacy?

Enslaved and free black people provided even more labor than usual for Virginia farms when 89 percent of eligible white men served in Confederate armies. Enslaved men were sometimes forced into service to build Confederate fortifications, women to serve as laundresses or cooks for troops in the field. At least partly out of fear that they might lose their freedom if they failed to contribute to the war effort, free black people often worked beside the enslaved, for minimal wages.

Enslaved black men made up much of the workforce at Richmond’s Tredegar Ironworks—which produced half of Confederate cannon—and as teamsters unloading trains, longshoreman unloading ships, as miners, and in road maintenance. 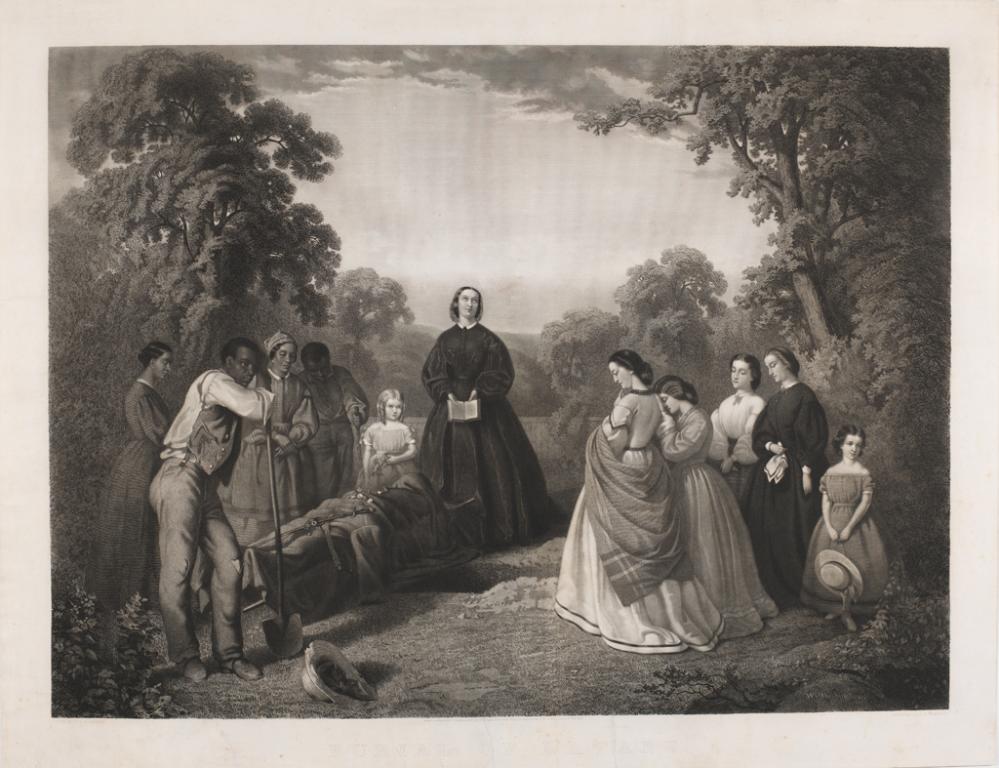 Women and Slaves Pictured Mourning Above the Burial of Latané, by A. G. Campbell, c. 1868

Inspired by a poem of the same name, Virginia artist William D. Washington committed the 1862 burial of Confederate captain William Latané to canvas. The painting was exhibited in Richmond in 1864 and its popularity grew when published as a postwar engraving. Mrs. Willoughby Newton serves as the central figure in an image that laments the lonely death of a soldier, extols the piety and resolve of Confederate women, and professes the loyalty of enslaved blacks.

The reality of the Confederate home front was more complex than suggested by this single episode. Although women managed household economies in the prewar South, many were frustrated by the larger challenge of supervising widespread agricultural operations. Also, thousands of enslaved men and women asserted their desire for freedom by deserting their mistresses or refusing to cooperate with them, thereby undermining slavery long before Union armies triumphed. 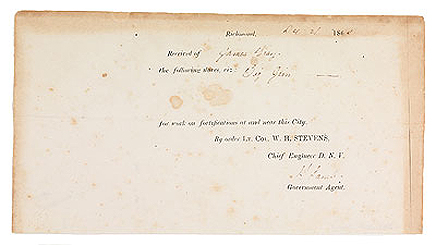 Receipt for Work on Fortifications Completed by "Big Jim," an enslaved man owned by James Gray

Labor for the Benefit of Others

Enslaved and free blacks were called upon to construct breastworks that would impede the advance of the Federal army, particularly at the beginning of the war in eastern and later in central Virginia. Here, payment went to the slave owner, James Gray, and not to "Big Jim," the enslaved man who performed the work. Jim’s labor supported both his owner and the Confederacy. 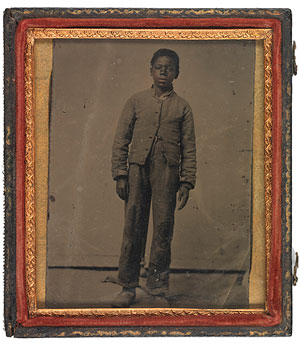 Thousands of black Americans were forced to support the operations of the Confederate army as teamsters, cooks, body servants, and laborers. In 1863, more than 6,000 accompanied the 71,000 soldiers of the Army of Northern Virginia into Pennsylvania.