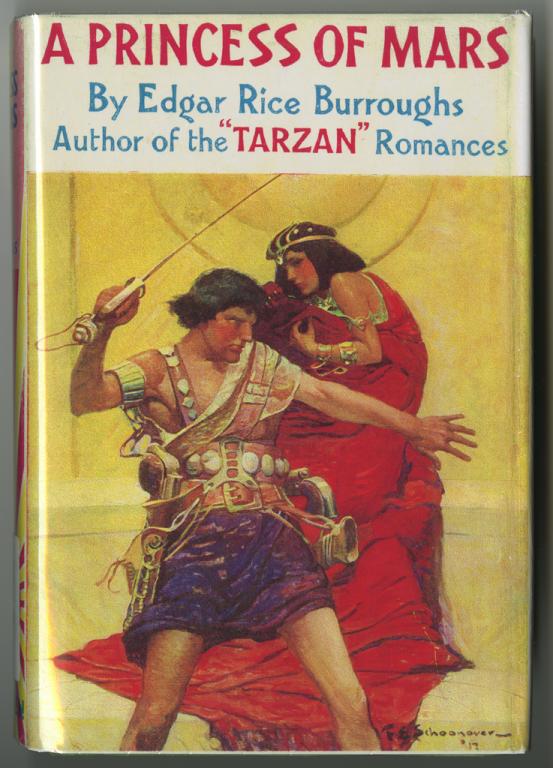 Edgar Rice Burroughs (1875–1950), best known as the creator of the Tarzan books, also wrote a popular science fiction series featuring the thrilling adventures of John Carter of Mars (and Virginia). The eleven books deal with the exploits of Captain Carter, a Confederate officer who left his native state of Virginia after the Civil War and headed west to prospect for gold. He found ore worth millions but was attacked by Apaches before he could mine it. He escaped to a mysterious cave, fell asleep and awoke to find that he had been transported to Mars, a dying planet inhabited by warring kingdoms. Displaying great courage and skill, Carter rose to the position of Warlord, after battling giant rats, headless humans, and a deadly radio beam known as the Gridly Wave.

The first of the John Carter books appeared in 1917, and ten sequels followed over the next three decades, further developing Burroughs’s vision of the mysterious red planet, known to its local inhabitants as Barsoom.

The cover art is by Frank E. Schoonover, one of the premier illustrators of his day. 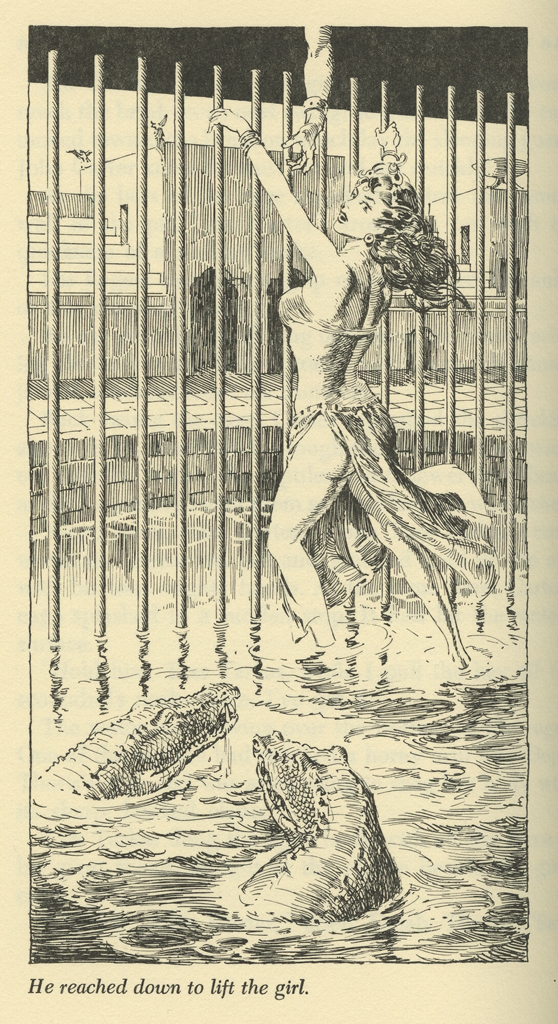 Dejah Thoris from John Carter of Mars (1964)
Burroughs described Carter as "a splendid specimen of manhood," athletic, handsome, well-mannered, and an excellent horseman. He lived by a code of honor, and his strong moral character enabled this "Virginia gentleman" to become the savior of Mars. His ability to tell a little white lie confused the Martians who told him, "I do not know what a 'gentleman' is nor have I ever heard before of Virginia, but on Barsoom no man lies; if he does not wish to speak the truth he is silent." When Carter was not occupied saving Mars, he was busy pursuing Dejah Thoris, the beautiful and scantily clad Martian Princess of Helium. The attraction was mutual and they eventually married, although Carter first had to rescue her repeatedly from various enemies who threatened to dishonor her. Carter also encountered Tars Tarkas, a Green Martian warrior who became the earth man’s ally and friend. Carter helped Tars become a Jeddak (king) of the Tharks, a warlike tribe that inhabited ancient cities left behind by an extinct advanced civilization. (VHS call number: PS 3503 U687 J65 1964)
Image 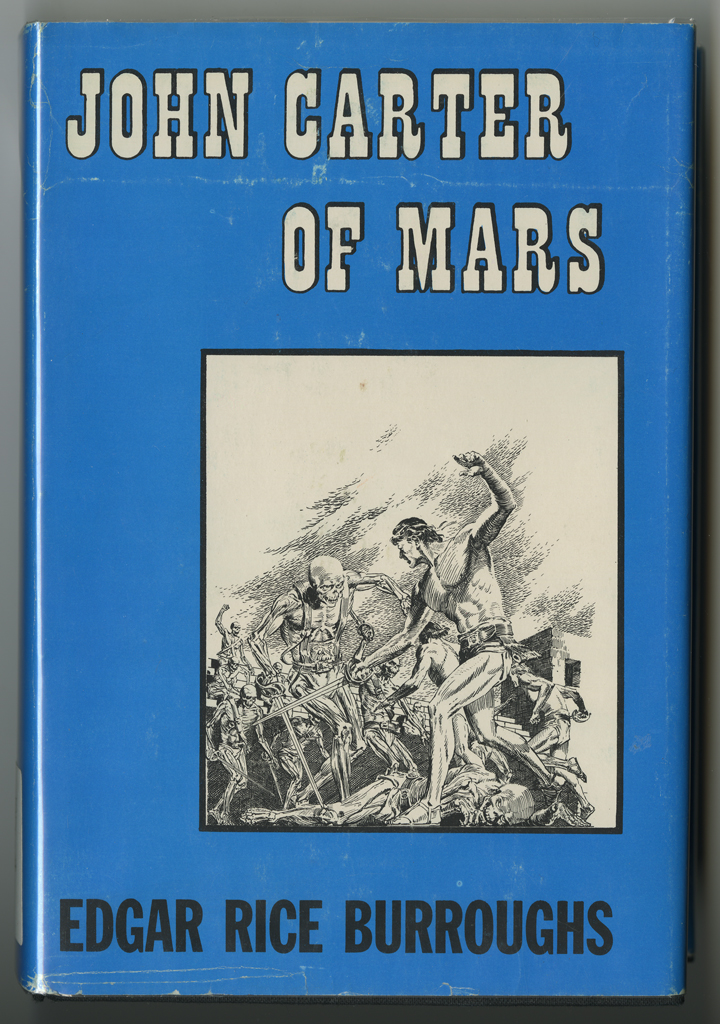 John Carter of Mars (1964)
John Carter of Mars was the eleventh and last book in the Martian series. Published after Burroughs’ death and based on two short stories ("The Giant of Mars" and "Skeleton Men of Jupiter"), the novel describes how Carter single-handedly fought a synthetic giant and hordes of great white apes controlled by his arch-enemy Pew Mogel. (VHS call number: PS 3503 U687 J65 1964)
Image 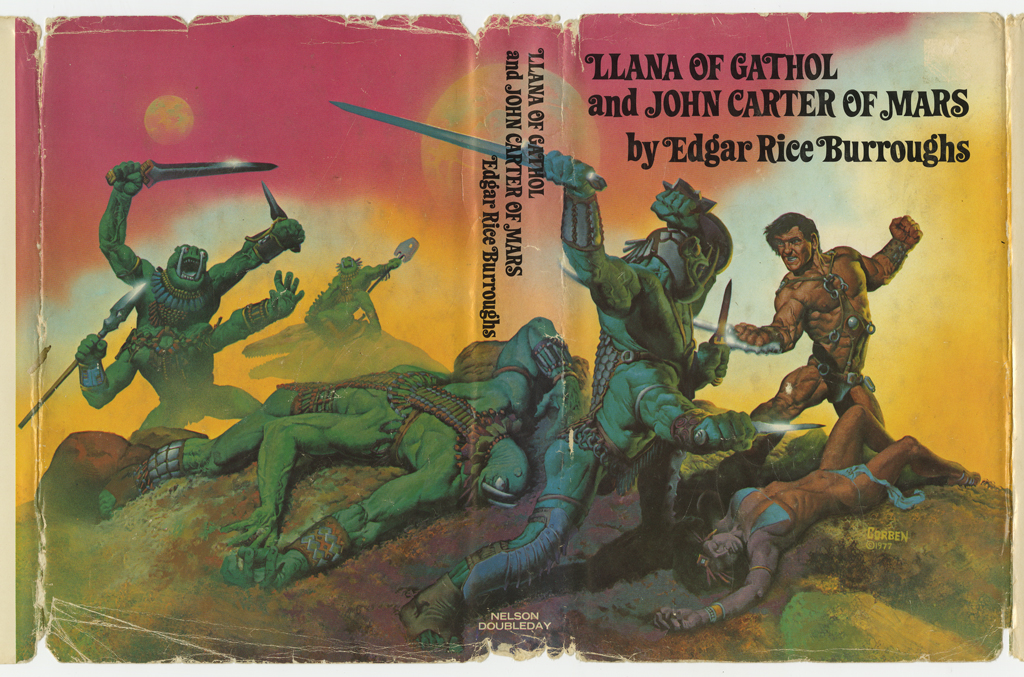 Llana of Gathol and John Carter of Mars (1977)
First published as short stories in 1941, this novel featured Lllana, the granddaughter of John Carter and Dejah Thoris. Carter was captured by the inhabitants of Horz and sent to the slave pits under their city where he discovered a lost race frozen in suspended animation. Carter freed this race of the living dead and rescued his beautiful granddaughter. Llana of Gathol and John Carter of Mars was the 10th in the series and the last one published in Burrough’s lifetime. (VHS call number: PS 3503 U687 L79 1977)
Image 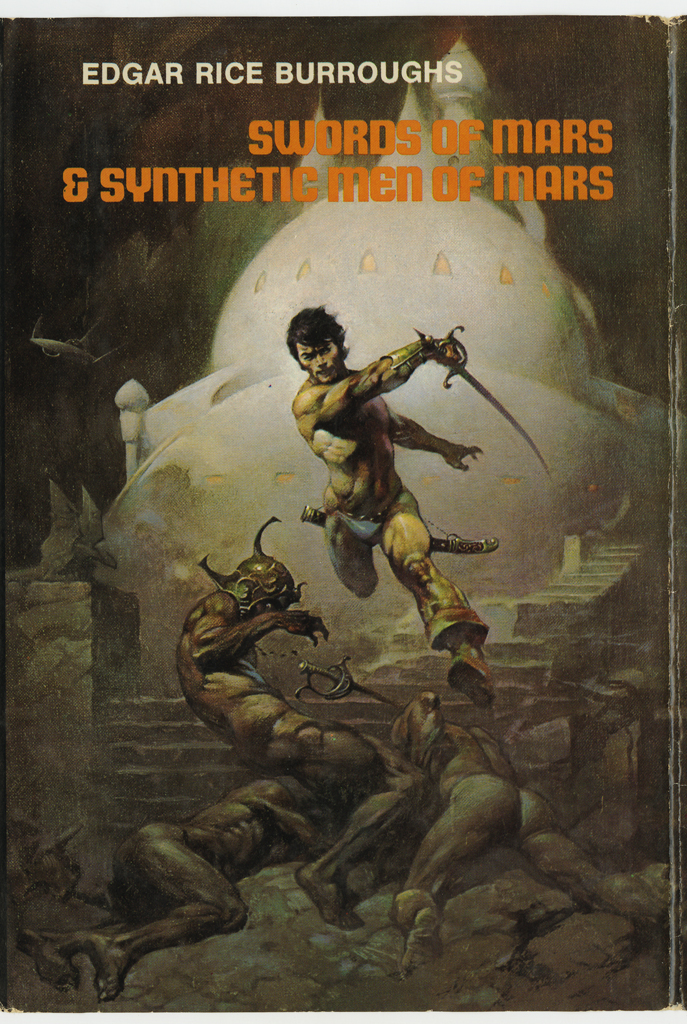 Swords of Mars and Synthetic Men of Mars (1966)
Burroughs' creation of an entire Martian culture included a number of scientific inventions that later became a reality, such as radar, sonar, television, the automatic pilot, and cloning. The richly imagined world he created laid a foundation for later science fiction writers like Ray Bradbury and Arthur C. Clarke. Noted scientist Carl Sagan read the books as a boy, and a map of Barsoom hung outside his office at Cornell University. The cover illustration is by Frank Frazetta, an influential artist known for his work on adventure, fantasy, and science fiction books. (VHS call number: PS 3503 U687 G58 1971)