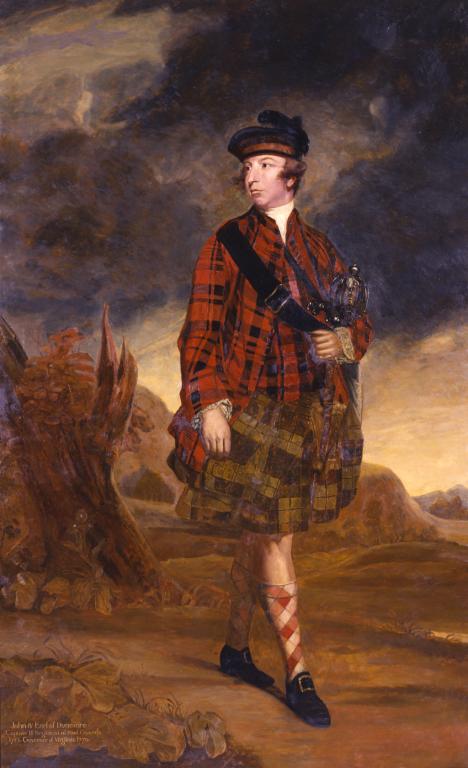 John Murray, fourth Earl of Dunmore (1732–1809), was Virginia's last royal governor. He became a hero among Virginians for walking on foot and carrying his own pack during the Indian war of 1774 that bore his name. Soon these same Virginians would hate him. In April 1775 he seized the colony’s ammunition stores, and seven months later declared martial law and issued an emancipation proclamation that promised freedom to slaves who would fight for the king. Dunmore’s proclamation sparked a flood of slaves to escape (as many as 2,000 reached the governor) and raised widespread fear of a slave rebellion. He then recruited the Queen’s Own Loyal Virginia Regiment, composed of white Loyalists, and an Ethiopian Regiment of slaves. Dunmore took the offensive at Great Bridge but was so soundly defeated there that he burned nearby Norfolk and fled.