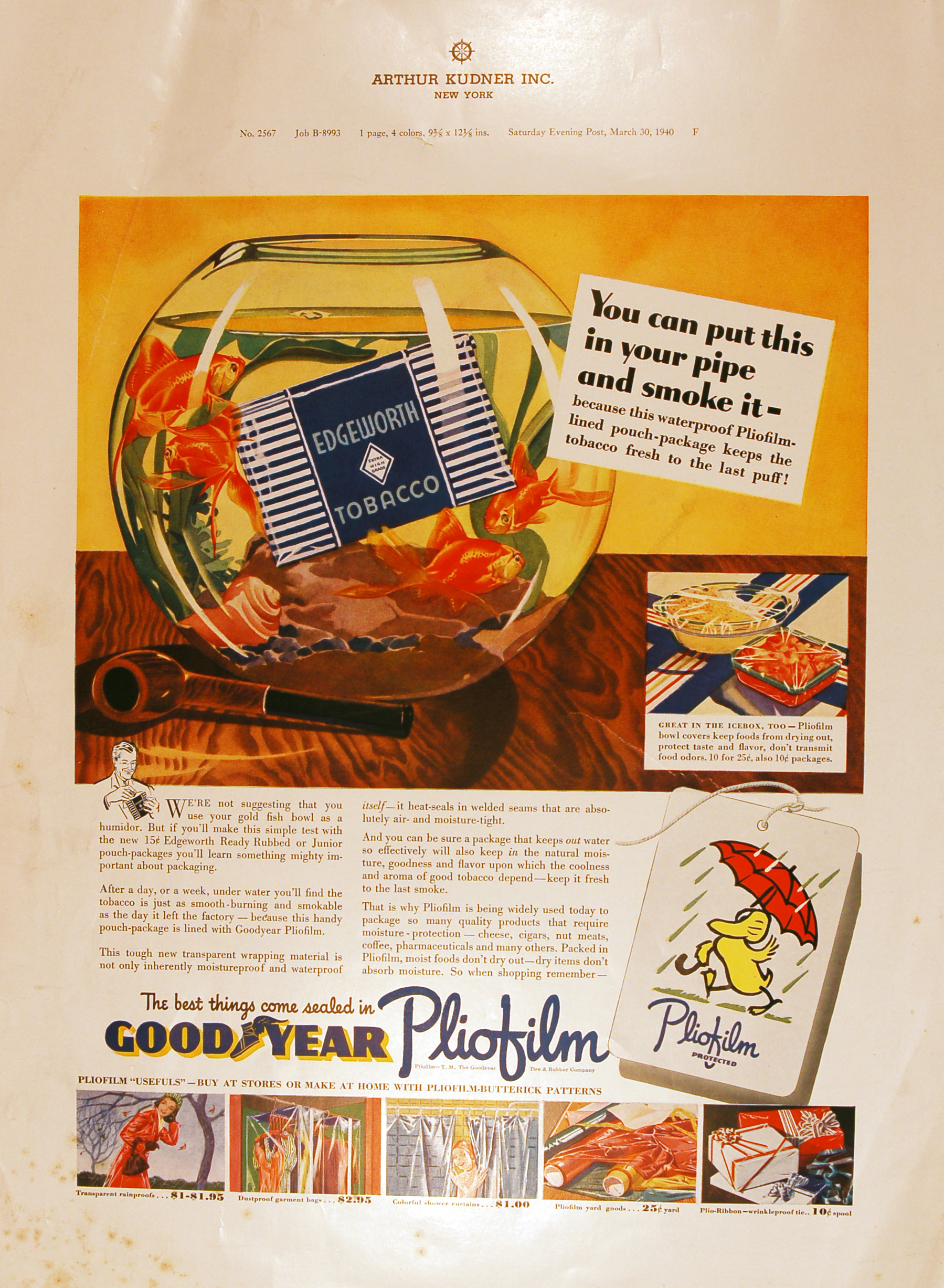 Edgeworth: "You can put this in your pipe and smoke it"
"We're not suggesting that you use your gold fish bowl as a humidor . . . [but] after a day, or a week, under water you'll find the tobacco just as smooth-burning and smokable as the day it left the factory – because this handy pouch-package is lined with Goodyear Pliofilm." This full page, 1940 advertisement from the Saturday Evening Post indicates the national prominence of Larus & Brother, advertising in a popular, national magazine and in cooperation with the internationally based Goodyear Tire and Rubber Company. (VHS call number: Mss3 L3297 a FA1 Box 15)
Image 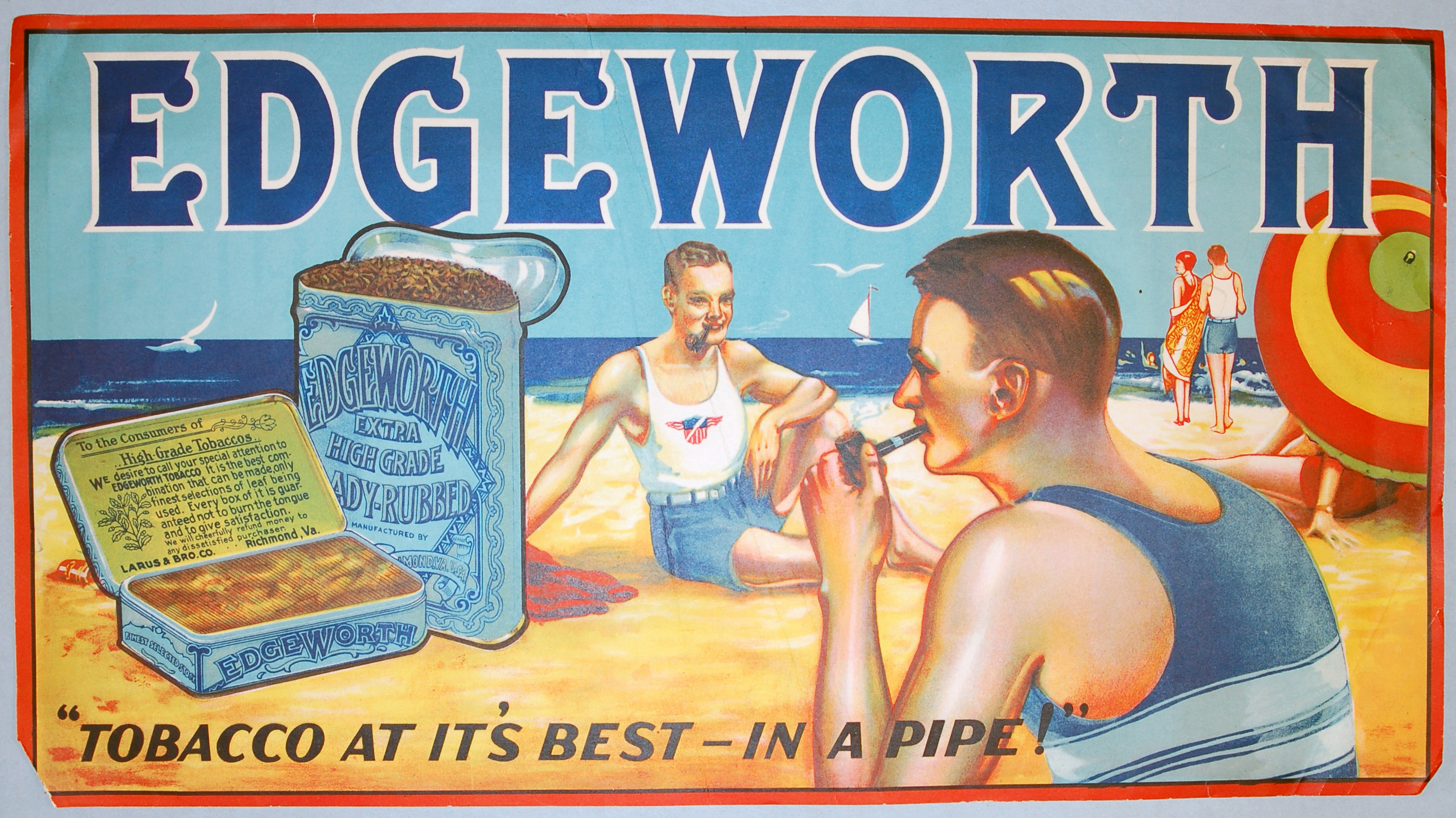 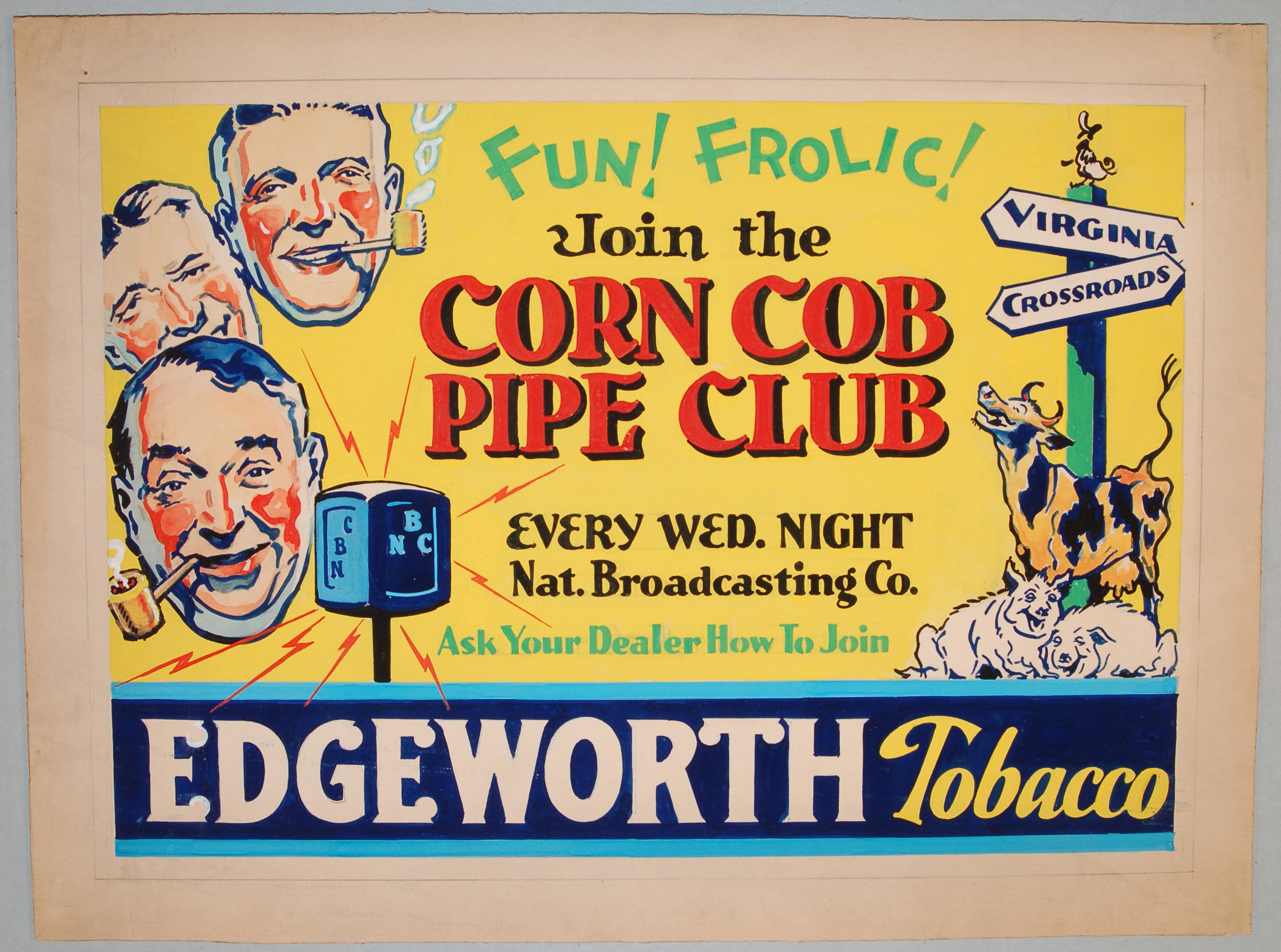 Fun! Frolic! Join the Corn Cob Pipe Club
In 1925 Larus & Brother added a radio studio to their downtown Richmond tobacco factory, and WRVA, the "Voice of Virginia," was born. Initially operated as a community service, non-commercial venture with two nightly broadcasts a week, WRVA quickly became one of the largest stations in the Virginia. Its popular "Corn Cob Pipe Club," a radio show broadcasting from the fictional town of Virginia Crossroads featuring jokes, a minstrel duo, and popular and traditional songs, quickly accelerated to a national audience airing on NBC. By 1934 membership in the Corn Cob Pipe Club totaled over 272,000 with chapters in all 48 states. (VHS call number: Mss3 L3297 a FA1 Box 15)