The Lewises and Andy Warhol

Richmond’s own Sydney and Frances Lewis were influential figures in the art community with the founding of their catalog retailer, Best Products, in 1957. Their business built close relationships with many renowned artists such as Chuck Close, Jasper Johns, and Roy Lichtenstein. Trading photography equipment and household appliances for artwork was commonplace between Best Products and their clients. Through these connections, the Lewises built an impressive private collection and supported many public institutions like the Virginia Museum of Fine Arts and Washington and Lee University.

Their work brought them close to pop artist Andy Warhol, with letters often speaking of personal visits and gifts. One letter in particular details an important and life-changing moment for the artist. On June 3, 1968, Warhol and art critic Mario Amaya were shot by Valerie Solanas following an incident in which Warhol’s studio misplaced a script that Solanas had given them. Amaya received only minor injuries, but Warhol was left in a critical state after being shot “through both lungs, esophagus, spleen, liver, and stomach,” as described in the letter. Solanas would later be diagnosed with paranoid schizophrenia.

On July 12, 1968, Warhol’s partner, Billy Name, wrote to the Lewises regarding the situation. In a touching analogy, Name compares Warhol to that of an angel, “almost as if made of air and nearly transparent.” There’s a sense of disbelief in Name’s writing of this miraculous recovery. The Lewises, to no surprise, were relieved to hear of Warhol’s improving condition and write as such in their response.  They continued maintaining a close relationship with the artist for many years after. 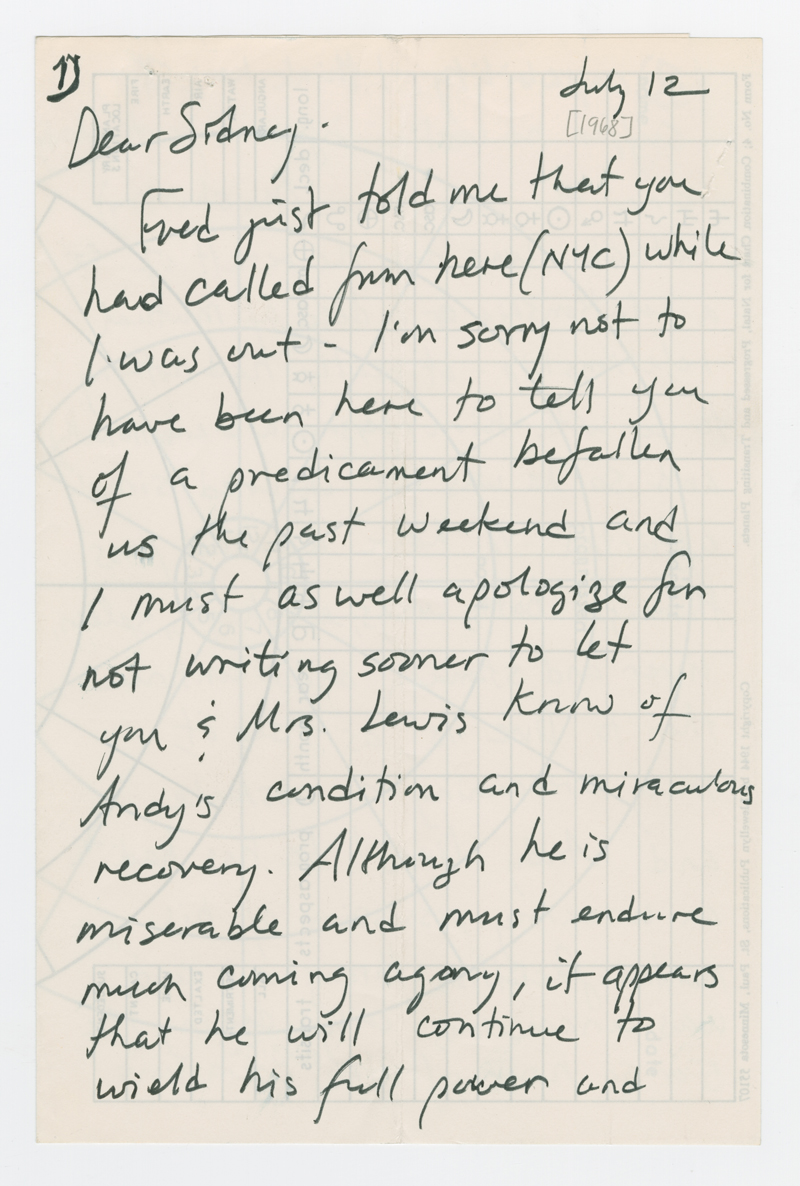 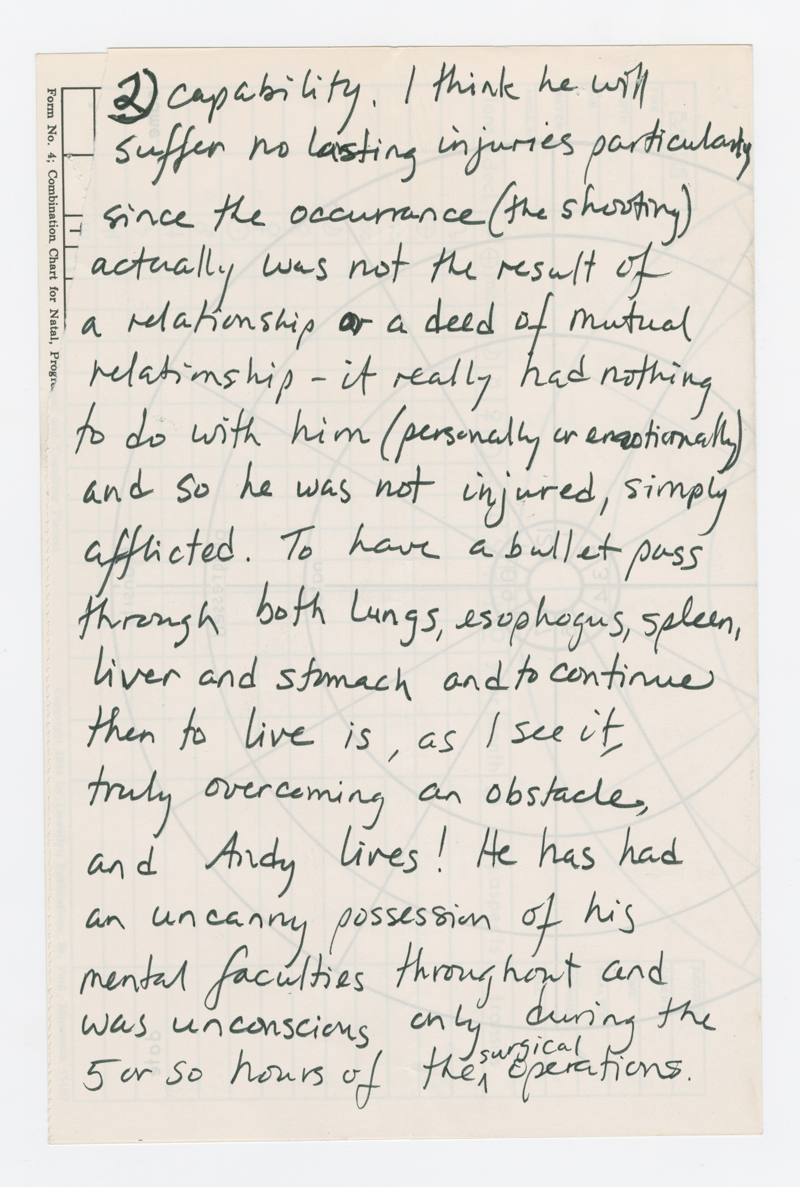 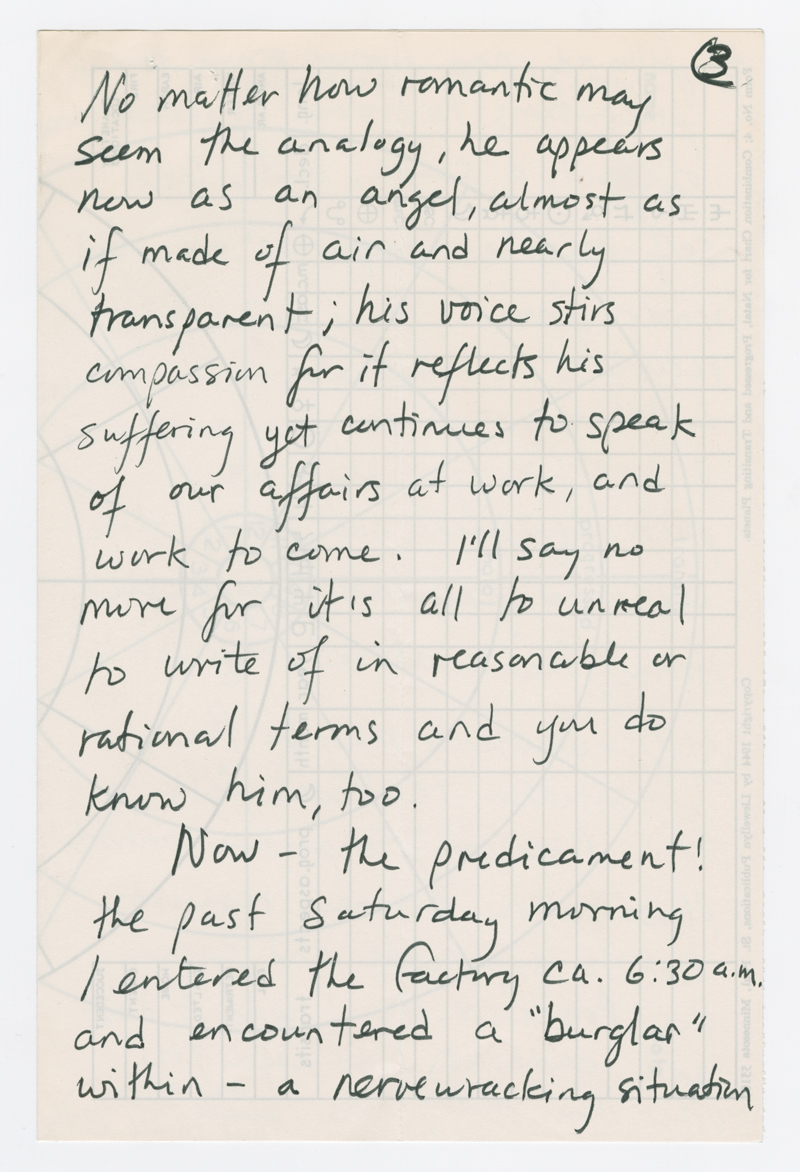 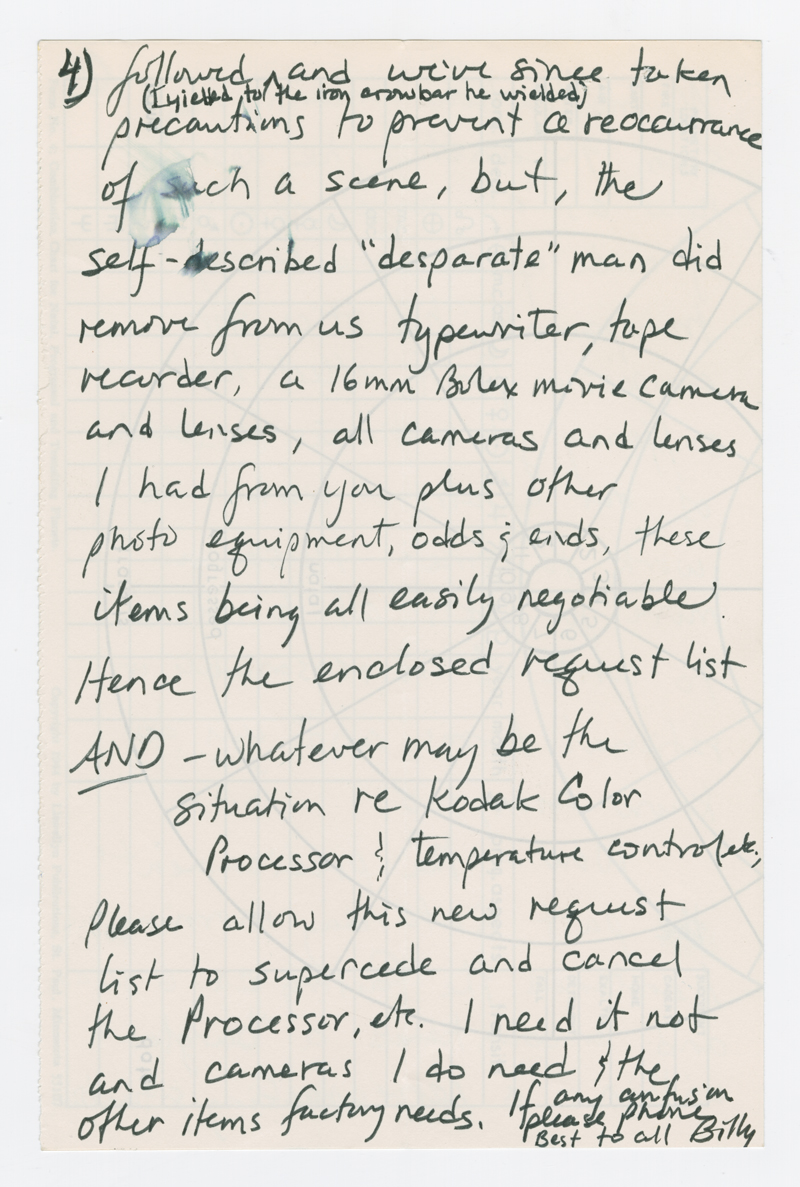 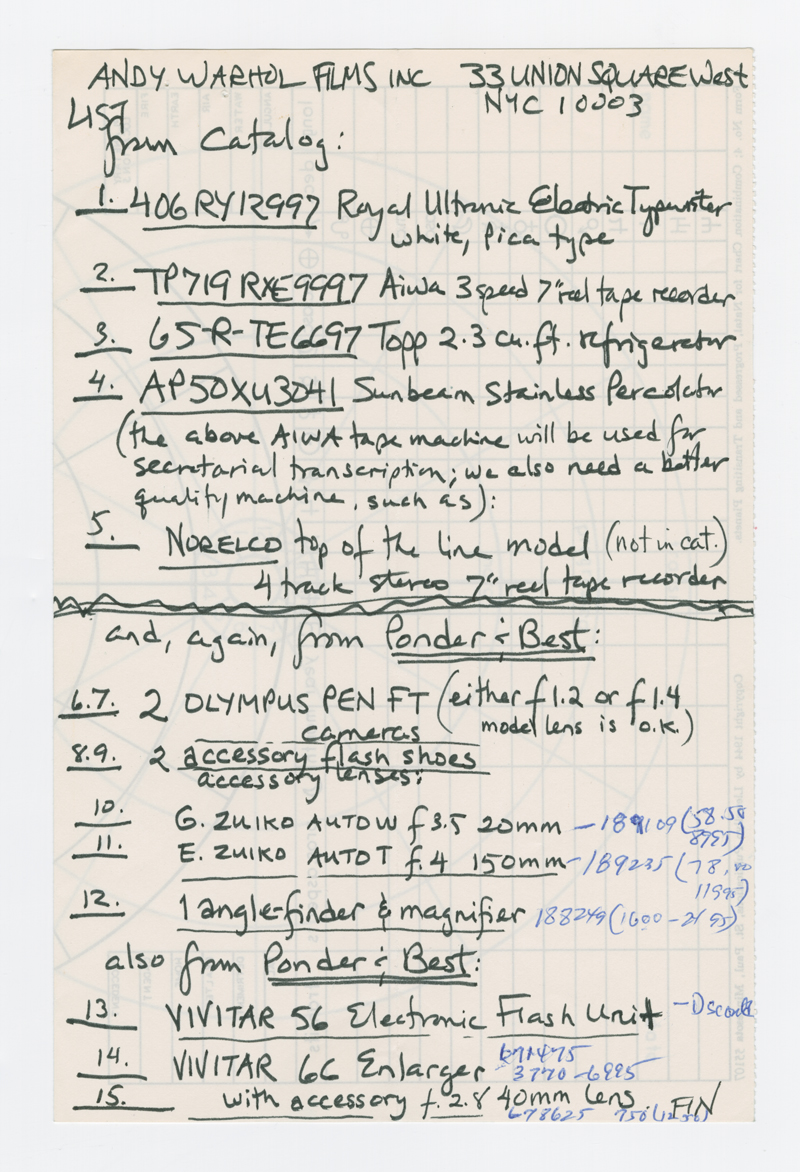 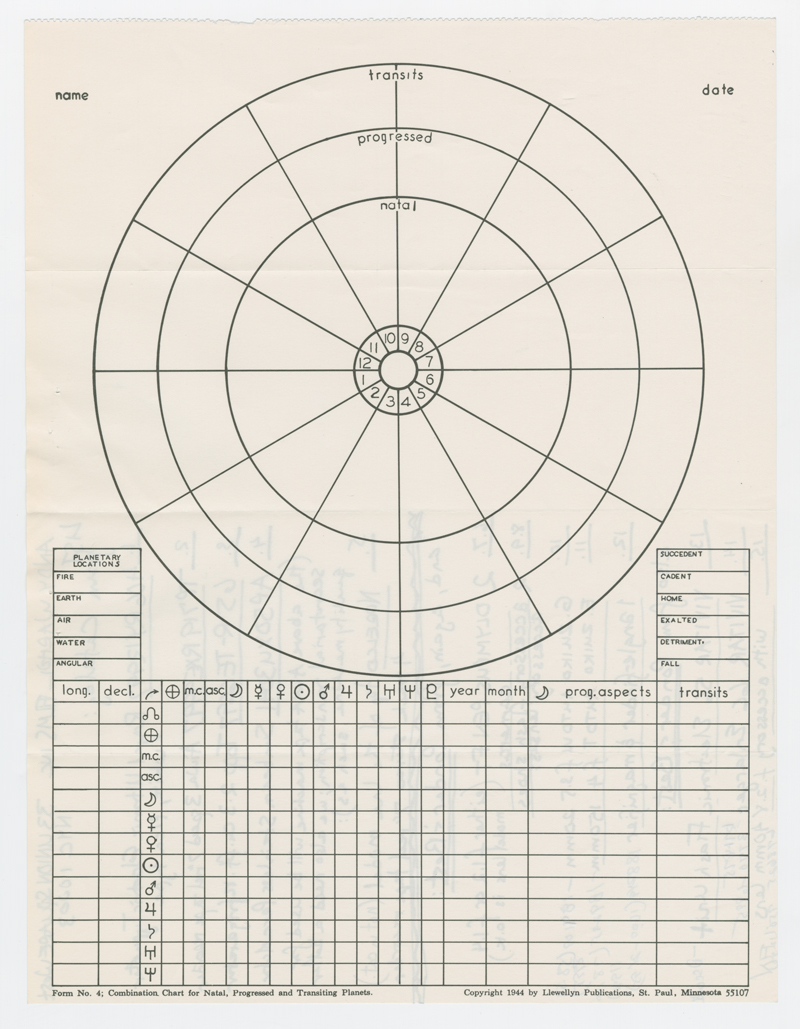