During the Civil War, looting by soldiers was a common practice. The hungry soldier usually confiscated food and livestock, but sometimes he carried off personal items, such as books.

The Society has a small collection of books "captured by Union soldiers from behind Confederate lines and carried off to "freedom." The liberators often documented their actions with an inscription in the book, while later owners recorded the process of returning these volumes to the South. One recently donated book, The Laws of the United States in Relation to the Naval Establishment and the Marine Corps (Washington, 1826), bears the inscription "Taken from the house of Jeff Davis, President of the Confederate States, by Jacob T. Field, surgeon." Field was an army surgeon who served with the U.S. Mississippi Squadron.

Other liberated volumes in the collection include ones taken from Arlington, Fredericksburg, Warrenton, Chancellorsville, and Yorktown. 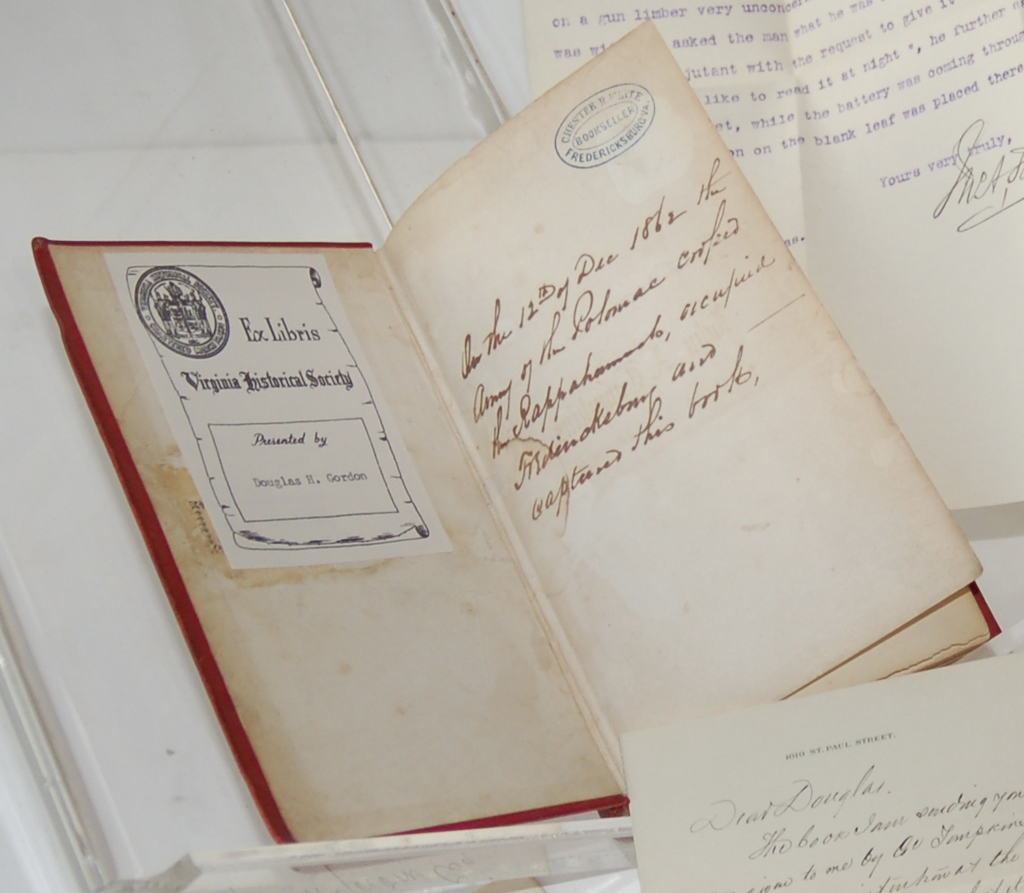 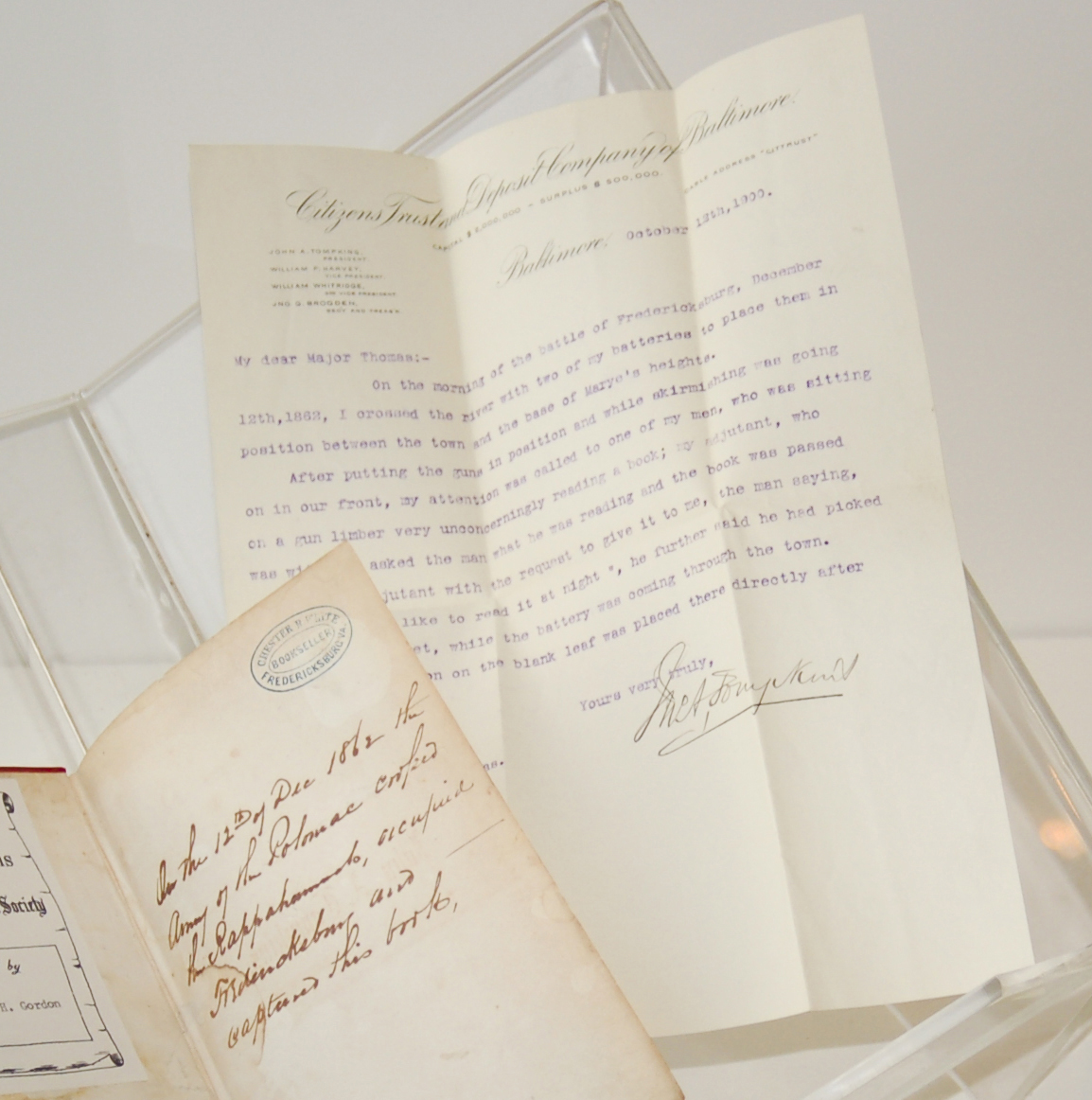 Letter, 1900, concerning a liberated book in Fredericksburg
This letter, written in 1900, documents that a Union soldier picked up this copy of Gaieties and Gravities in the street when his battery marched through Fredericksburg. In 1905 the book was returned to Douglas Gordon of Baltimore, and his descendant donated it to the VHS in 1972. It reads: "My dear Major Thomas: On the morning of the battle of Fredericksburg. December 12th, 1862, I crossed the river with two of my batteries to place them in position between the town and the base of Marye's heights. After putting the guns in position and while skirmishing was going on in our front, my attention was called to one of my men, who was sitting on a gun limber very unconcerningly reading a book; my adjutant, who was with me, asked the man what he was reading and the book was passed over to the adjutant with the request to give it to me, the man saying, 'The Major may like to read it at night,' he further said he had picked it up in the street, while the battery was coming through the town. The inscription on the blank leaf was placed there directly after the battle. Yours very truly, Tompkins" (VHS call number: Rare Books Z986 G73)