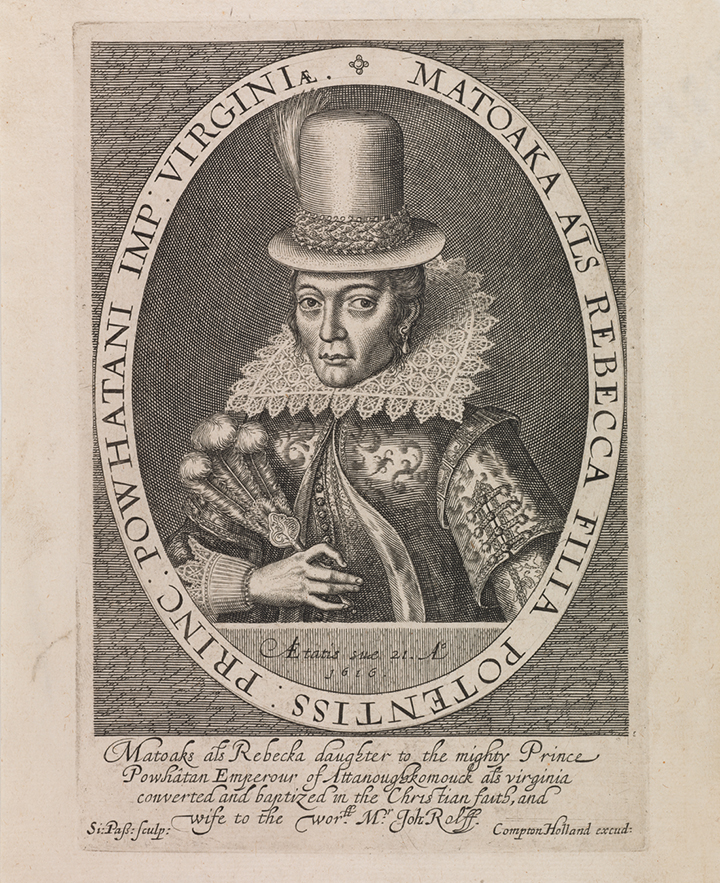 The only life portrait of Pocahontas (1595–1617) and the only credible image of her, was engraved by Simon Van de Passe in 1616 while she was in England, and was published in John Smith's Generall Historie of Virginia in 1624. She appears stiff in Jacobean court attire, but the costume probably hid tattooing and provided the chaste image wanted by the Virginia Company, which sponsored her trip and probably commissioned the print.

These are the facts about Pocahontas that are known for sure: