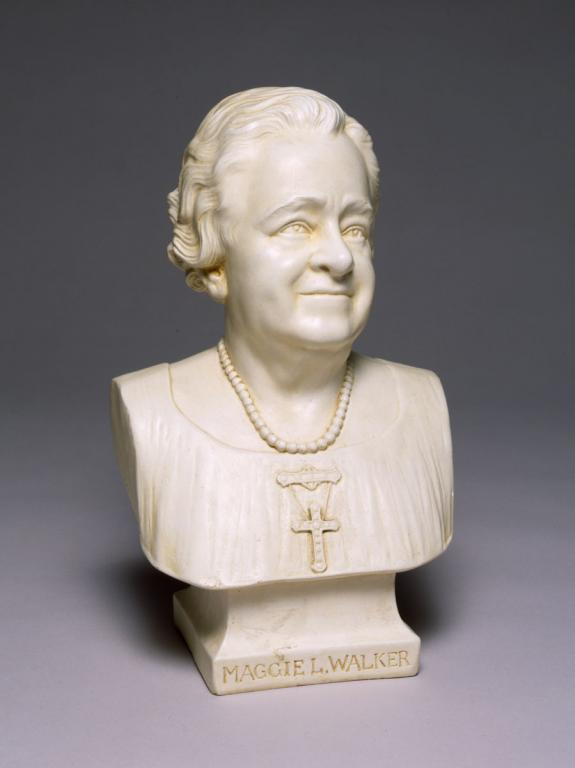 Maggie Lena Walker (1864–1934) was the daughter of Elizabeth Draper, a former kitchen slave and then cook in the Civil War household of Union sympathizer Elizabeth Van Lew. Walker grew up helping her mother run a small laundry service. This early business experience led her to be elected at age seventeen to office in the Independent Order of St. Luke, a black burial society. In 1903 she founded the St. Luke Penny Savings Bank and was probably the first African American female bank president in America. In 1930, St. Luke Penny Savings Bank became the Consolidated Bank and Trust Company, with Maggie Walker as chairman. The bank continued to operate as a black–owned institution until 2005, when it was purchased by the Abigail Adams Corp. The name Consolidated Bank and Trust Company ceased to exist after Premier Bank purchased the business in 2011.

Maggie Walker’s interests and energy extended beyond her business ventures. She founded the Richmond Council of Colored Women, a group that raised money for education and health programs. She was a political activist in the black community and worked for women’s suffrage and then voter registration after the passage of the Nineteenth Amendment. She published a newspaper, The Saint Luke Herald, and was an active member of First African Baptist church.

Until her death in 1934, Walker worked tirelessly to help African Americans achieve economic and social independence.