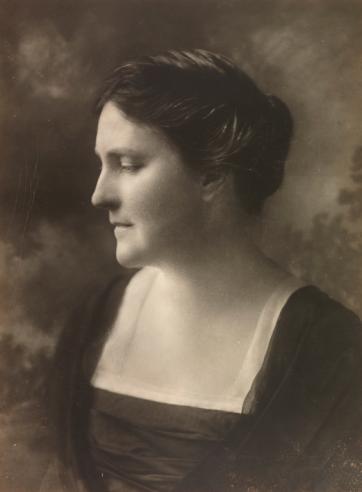 Mary-Cooke Branch Munford (1865–1938) devoted her life to the improvement of public education in the South, to the advancement of women in higher education, and to the improvement of race relations. She was born in Richmond in 1865 and in 1893 she married Beverley Bland Munford, a lawyer who shared her social concerns.

In 1901 Munford was one of five women who formed the Richmond Education Association, the first organized effort in Virginia to interest citizens in public schools. She was also active in the in the Cooperative Education Association which was formed in 1903 to foster public education for all the citizens of Virginia. Under her direction as president, this organization worked for such goals as rural high schools, improved teacher training, agricultural and industrial education, and the establishment of local school improvement leagues.

At the beginning of the twentieth century, the Commonwealth of Virginia supported four colleges for men, but not a single college for women (the four state normal schools fell below collegiate standards and none was accredited). One survey showed that the majority of Virginia's teachers had no training beyond high school and a third did not even have a high school degree. Munford, whose mother had not allowed her to attend college, turned her energies to state-supported education for women. She started the Coordinate College League to introduce bills for the establishment of a coordinate college for women in Charlottesville. The legislation faced opposition from the University of Virginia alumni and was defeated repeatedly. As a result of the League's efforts, however, women were admitted to the College of William and Mary in 1918. Munford was the first woman member of the Board of Visitors of William and Mary (1920) and a member of the Board of Visitors of the University of Virginia (1926).

Munford was a leader on both the local and national level: the first woman member of the Richmond City School Board, a founder of the Woman's Club of Richmond (1894); organizer of the Virginia Inter-Racial Committee; trustee for the Janie Porter Barrett Industrial School and the National Urban League; and a member of the Board of Trustees of Fisk University.

Munford once wrote that the major interests in her life were "education for all the people, fostering better knowledge and understanding between the races, and especially the rebuilding of my mother state, Virginia." Her career as a social and educational reformer directly affected the lives of many Virginians.