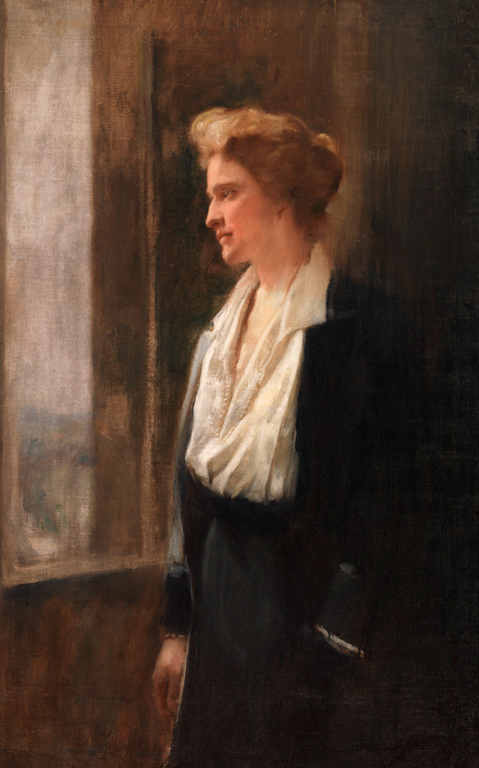 Viscountess Astor (1879–1964) was the first woman to take a seat in the British House of Commons. Nancy was born in Danville on May 19, 1879, to Chiswell Dabney Langhorne and Nancy Witcher (Keene )Langhorne. The Langhorne family lived in Richmond and at Mirador in Albemarle County.

Her first marriage, in 1897 to Robert Gould Shaw of Boston, ended in divorce. In 1906 Nancy married American expatriate Waldorf Astor. Waldorf Astor was the son of William Waldorf Astor, first Viscount Astor. The couple resided in England at Cliveden in Buckinghamshire. When her husband succeeded to the title in 1919, becoming ineligible to sit in the House of Commons, Nancy stood for election herself. In 1919 she won the seat in Parliament he had vacated upon being made a lord, and she held it for twenty-six years. She was the first woman member of Parliament. Her causes were temperance, women’s and children’s welfare, and opposition to socialism.

As leader of the so-called Cliveden set, she was accused of advocating appeasement of Hitler in the years before World War II. She maintained close ties with Virginia throughout her life, returning frequently to visit family and friends. She died on May 2, 1964, and is buried at Cliveden. Lady Astor had one son by her first marriage and four sons and a daughter by her second. She was a member of the Virginia Historical Society.

She once wrote, “To be a Virginian is a tremendous responsibility. So much is expected of us.”

This oil on canvas painting by Edith Leeson Everett was created around 1922.