To win the war, United States troops needed to invade and control an unfriendly South and subdue Confederate armies. Confederate armies did not have to conquer northern territory to win independence. They did, however, need to win enough battles to erode northern will to keep fighting and convince southerners that the war could be won. On the battlefield, long-range weapons gave defending forces a distinct advantage. Thus, the best strategy was often to move into a threatening position and let one’s opponent attack. Though an effective strategy, many Confederate commanders—and civilians—were loath to fight solely on the defensive.

To relieve war-torn Virginia and compel United States forces to submit, Confederate armies sought victories in U.S. territory and crossed the Potomac River into Maryland and beyond into Pennsylvania. Some thought a decisive Confederate victory there would crush northern morale, while others believed that troops from Virginia should be used to defend threatened areas of the Confederacy. Decisive victories eluded the Confederates north of the Potomac, and the strategy extracted a high price in human and material resources that ultimately compromised the southern war effort.

The loss of experienced officers—like twenty-six-year-old Capt. William T. Haskell of the 1st South Carolina Infantry, who was killed at Gettysburg, Pennsylvania—robbed Confederate armies of command experience that could not be replaced as the war continued. 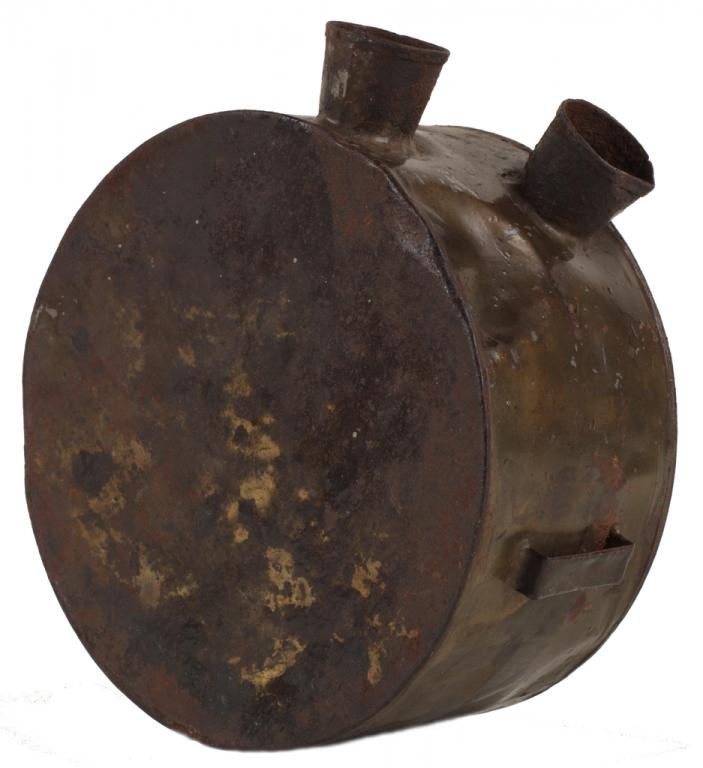 Tools of the Trade

Eager to clear a pathway to Richmond in December 1862, United States troops first needed to dislodge the Confederate army at Fredericksburg, Virginia.

On December 13, wave after wave of U.S. troops crossed six hundred yards of open ground commanded by enemy artillery to assault a Confederate line well protected in a sunken roadbed at the base of Marye’s Heights. Stepping around and over the men felled in the earlier assaults, U.S. soldiers advanced across grass “slippery with . . . blood.” By day’s end, seven United States divisions had advanced piecemeal across the field. That 7,000 men fell and not a single U.S. soldier was able to reach the wall demonstrated the futility of frontal assaults against entrenched positions.

After a night of listening to endless cries of wounded U.S. soldiers left lying in the fields that separated the two armies at Fredericksburg, nineteen-year-old Sgt. Richard Kirkland, 2d South Carolina Infantry, gathered as many canteens as he could carry and repeatedly risked his life to bring water to the wounded and dying U.S. soldiers. He became known as “the angel of Marye’s Heights.” A year later, Kirkland was mortally wounded at Chickamauga, Tennessee.

“They Couldn't Hit an Elephant at this Distance”

No development had as much influence on nineteenth-century warfare as the extensive use of rifled weapons. The rifled musket inflicted dangerous wounds that resulted in an unprecedented number of combat deaths. It also altered the traditional roles of the three major combat branches. Effective at 300 yards, the rifle rendered infantry bayonet charges against it far more costly. The cavalry, faced with the same dilemma, developed into a mobile force that typically dismounted before engaging the enemy. Long-range artillery sought relative safety farther away from the front lines.

In 1855, the barrels of most infantry weapons were smooth. They could fire a lead ball three times each minute. Spiral grooves (rifling) in the barrel of a rifle increased accuracy, but only if the ball fit tightly. Rifles could be fired only once each minute and were not widely used on the battlefield before the adoption of a new bullet—the minie ball—allowed it to match the musket’s rate-of-fire. These cone-shaped projectiles expanded into the rifling when the gun was fired and made the rifle both accurate and easy to reload.

Inexpensive and reliable, the “rifled musket” was the most common infantry weapon used by both sides on the battlefield. This example was one of 11,500 firearms manufactured by the Trenton (New Jersey) Locomotive and Machine Company for the use by the United States Army.

Repeating rifles influenced Civil War tactics. The Spencer repeating rifle was a manually operated lever-action firearm that was widely issued to U.S. cavalrymen. Cost prohibited its widespread use by the infantry.

With seven rounds loaded through the stock, the Spencer allowed a single soldier to hurl nearly seven times as much lead across the battlefield as a muzzle-loading opponent. Spencer rifles fire a metallic cartridge that contains a lead projectile, gunpowder charge, and ignition system. The self-contained cartridge remains largely unchanged to this day.

Soldiers armed with breech-loading firearms could fire twice as fast as their muzzle-loading opponents. This was particularly important as cavalry increasingly fought dismounted against infantry.

The Sharps carbine was a manually operated breech-loading firearm that was popular with the cavalry of both the United States and Confederate armies. Using the lever, which served as a trigger guard, the soldier could open the rear of the barrel—the breech—and insert a cartridge containing gunpowder and projectile. Closing the breech cut off the end of the cartridge paper and exposed the gunpowder, which was ignited by means of a percussion cap struck by the hammer. Soldiers could reload easily—on horseback, kneeling, or even lying down.