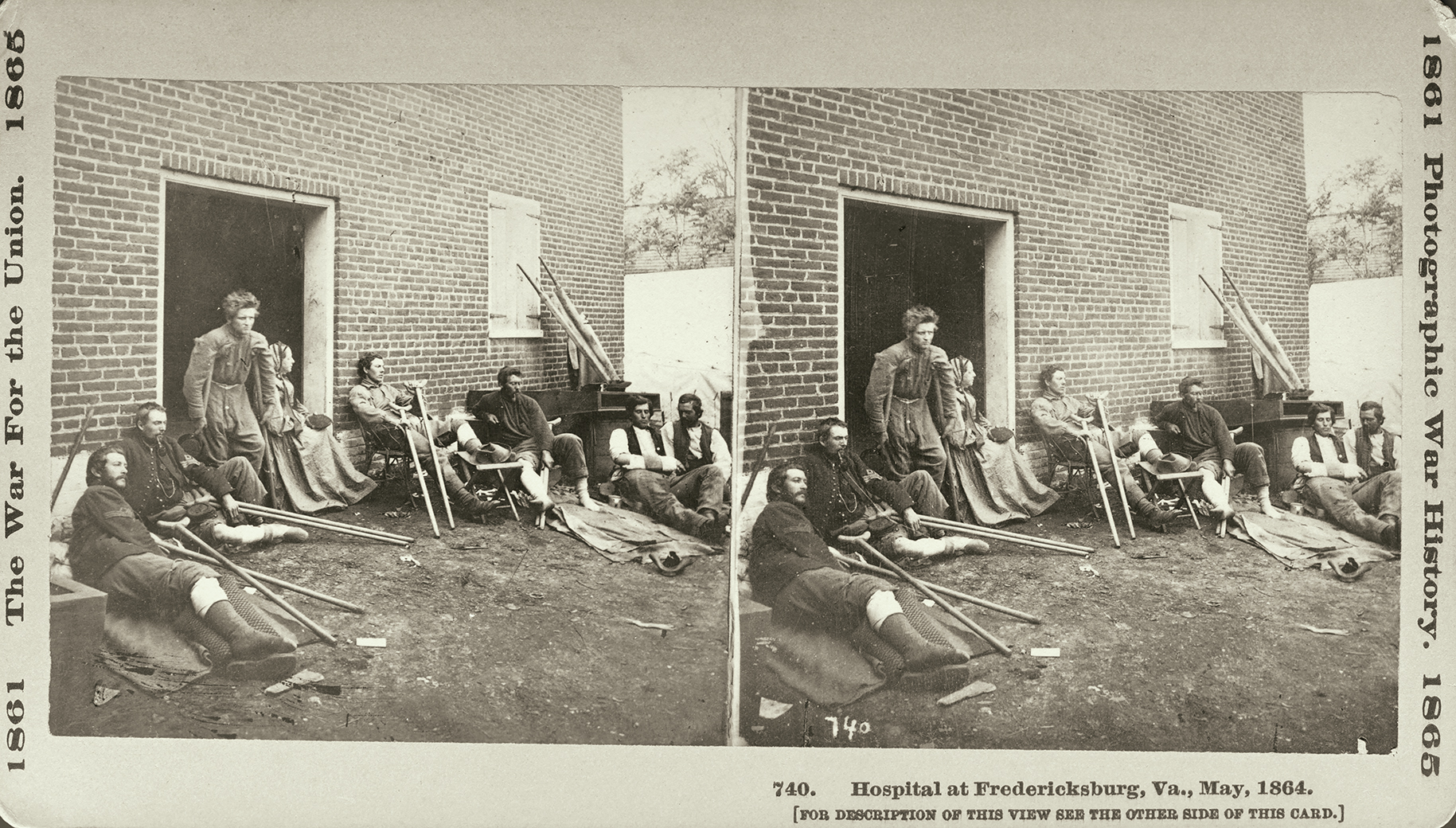 In the Civil War’s wake, thousands of veterans became addicted to morphine and opium, medicines used to treat painful injuries and lingering sicknesses sustained during the war. Veterans’ families looked on in horror as opioid addiction destroyed old soldiers’ health and damaged their self-esteem, relationships, and reputations.

Opiates were some of the most widely used medicines in 19th-century America. During the Civil War, surgeons administered morphine injections and opium pills to soldiers who had endured gunshot wounds and amputations. Opium was also a major remedy for diarrhea and other diseases that spread through army camps during the war. The medicines worked well—too well, in fact. Countless veterans became addicted to opium and morphine, which they continued to take after leaving the army.

Veterans dubbed opioid addiction “opium slavery” and “morphine mania,” among other names. As these monikers imply, addiction had severe consequences for veterans’ lives. Drug addiction, although it was widespread, was deeply stigmatized in the Civil War era. From many Americans’ point-of-views, veterans who struggled with opioid addiction were immoral and unmanly. They deserved to be punished, not helped, according to this line of thinking. Consequently, addicted veterans struggled to find sympathy or medical care, and they often died of accidental drug overdoses.

The experience of Confederate artillerist John Tackett Goolrick and Frances Bernard Goolrick, his wife, illustrates the wide-ranging health, emotional, and social consequences of opioid addiction for Civil War veterans and their families. The Goolricks wrote scores of letters describing the staggering costs of John’s morphine addiction, which stalked the family for nearly a half-century after the Civil War. The letters are housed in the Goolrick Family Papers collection at the VMHC. Most Americans were reticent to discuss opioid addiction openly. But the Goolricks were frank about their struggles, and their letters provide an unparalleled window into the broader phenomenon of opioid addiction among Civil War veterans.

John enlisted in the Fredericksburg Artillery as a young man. He was an ardent supporter of the proslavery Confederate cause, remaining with Robert E. Lee’s army until the surrender at Appomattox Courthouse in April 1865, the bitter end to the war in Virginia. Many of Lee’s men had deserted by that point. John suffered a severe gunshot wound in the left leg at the siege of Petersburg in August 1864.

He was transported behind the lines to Richmond’s massive Chimborazo hospital, where surgeons apparently prescribed morphine for the pain before patching John up and sending him back to the frontlines. At Chimborazo, or some point in the ensuing years, John became addicted to morphine. 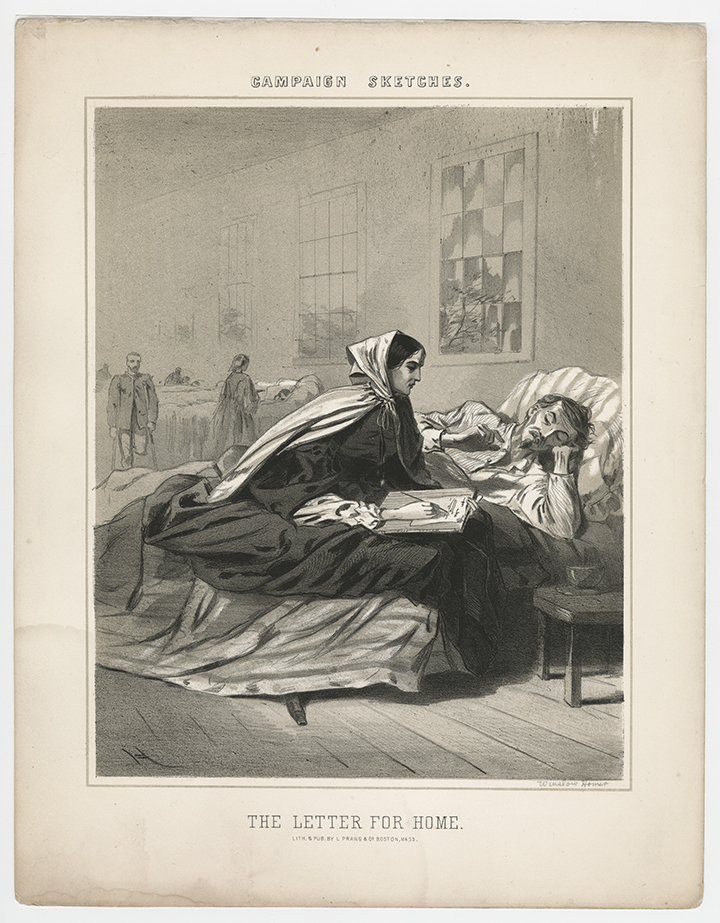 John and Frances cared deeply for one another, but his morphine addiction took a serious toll on their marriage. The Goolricks were a fixture of the social scene of Fredericksburg, where they built a life in the decades after the Civil War. But all the while, John consumed ever-higher doses of morphine. As his addiction grew worse, it debilitated his body and mind. Finally, in 1896, John suffered a morphine-induced breakdown, some 30 years after leaving the army. This was not uncommon, as many veterans lived with chronic addiction for decades. But John’s breakdown imploded his relationship with Frances.

Morphine abuse clouded John’s mind and judgment, leaving him unable to practice law, his postwar occupation. The family’s finances dwindled, and, with little hope that John’s state would improve on its own, Frances demanded that he submit to harsh medical care for addiction. In the 19th century, medical care for addiction often entailed having one’s morphine dose abruptly discontinued, triggering agonizing withdrawal symptoms. John most assuredly did not want to undertake this grueling medical ordeal. But Frances insisted, threatening divorce if he did not comply. As Frances explained to her brother in a February 5, 1896, letter, John “will beg and implore me not to do this. But I must, I must, I can bear neither for myself or the children, this life any longer.” “I am obliged to leave him,” she added, for “I can see nothing else to do.... His mind and brain [are] clouded by” morphine, and “there is no dependence to be put in him.”

John and Frances’s family took the news of John’s addiction hard. Extended family members appear to have known about the veteran’s morphine addiction before his 1896 breakdown, but almost certainly did not realize the severity of the situation. Because morphine addiction was stigmatized, it threatened the upper-class Goolricks’ social standing. So, the family had to deal with John’s addiction swiftly and quietly.

One option was institutionalization. Virginia’s public mental asylums, like Eastern State Hospital in Williamsburg, often admitted Civil War veterans and other Virginians suffering from drug addiction. But, as John’s brother warned in a March 7, 1896, letter, this measure would bring great shame to the entire family because asylums were, like addiction, stigmatized. If word got out that John had been committed to an asylum, it “would be commented upon and asked about” in the newspapers. Fearing damage to the family’s reputation, Frances, along with John’s brother and sister-in-law, settled on a more private solution. Within a few days of his collapse, Frances sent John away to his brother’s farmhouse, just outside of Fredericksburg. The family ultimately restrained John by locking him in a room, where hired nurses prevented escape while John endured the agony of opioid withdrawal over the course of several weeks. John’s ordeal was heartbreaking for his family to witness. As Nora, John’s sister-in-law, explained to Fannie in a March 10, 1896, letter, “my heart aches to look at him.” Eventually, John’s body and mind recovered, and he returned home to Frances. But the family’s letters hint that John relapsed several times before his death in 1925.

The Goolricks’ saga illustrates several aspects of addiction commonly experienced by Civil War veterans who struggled with opioid addiction. First, the Civil War, despite ending in 1865, caused health complications for John that lasted for decades. This facet of the Goolricks’ story, which was not unique to John and Frances, complicates the persistent myth that most Civil War veterans simply returned to normal after leaving the army. In reality, many veterans dealt with challenging, war-related disabilities for the rest of their lives. Additionally, like other couples of the era, the Goolricks based much of their self-esteem on their ability to fulfill certain social roles. Men like John were supposed to act as breadwinners, while women like Frances were supposed to manage the “domestic sphere” of life. Yet, addiction inverted these roles, leaving John unable to work, while Frances stepped in and managed the family’s public and financial affairs—an inversion of gender roles that neither Goolrick relished. The couple also experienced great shame at the public airing of John’s addiction, demonstrating how opioid addiction was not merely a health problem, but one that affected from all other aspects of life, as well. Finally, the Goolricks’ story reminds us that Americans of generations past struggled with opioid addiction, much like the millions of Americans grappling with addiction amid today’s ongoing opioid crisis. Opioid addiction has a long history dating back to the Civil War.

This article was written by Jonathan S. Jones for Virginia History & Culture Magazine, Spring/Summer 2020. Jonathan received his PhD in History from Binghamton University, Spring 2020. The George and Ann Richards Civil War Center at Pennsylvania State University awarded Jones a postdoctoral fellowship, and he accepted an assistant professorship in the history department at Virginia Military Institute, which he began in the fall of 2021.

Johnathan’s book project, “‘A Mind Prostrate’: Opiate Addiction in the Civil War’s Aftermath,” chronicles the Civil War–era opioid addiction epidemic—America’s original opioid crisis. The project uncovers the traumatic experiences and harsh consequences of opioid addiction for Civil War veterans and their families. The project also reveals America’s long, but largely forgotten, history of opioid crises. The book project stems from his PhD dissertation (Binghamton University, 2020), and his research was enhanced by an Andrew W. Mellon Research Fellowship at the VMHC in 2019.