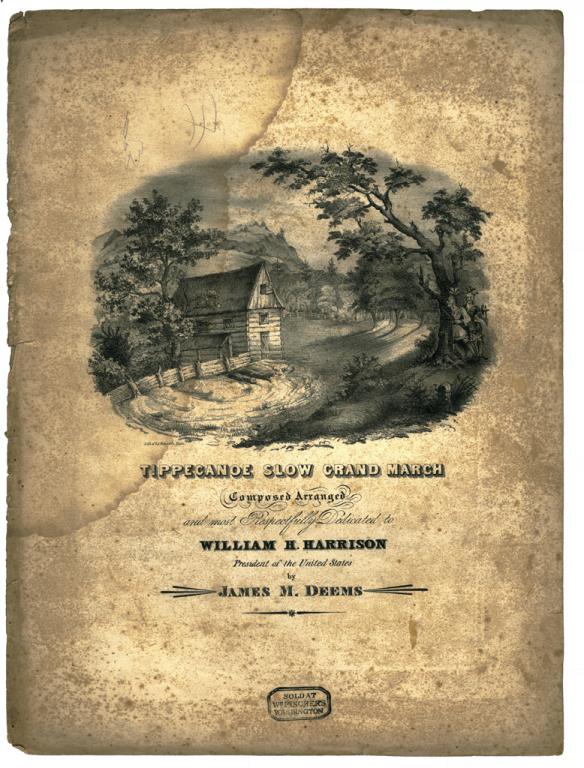 Politicians have long appreciated the value of a catchy campaign song during an election year. A popular tune can rally the crowd, convey the spirit of the candidate, or ridicule the opponent. With the rise of music publishing in the nineteenth century, many candidates realized that an image of their faces on sheet music could be an effective form of advertising.

Although it is unlikely that a candidate won or lost an election based on the choice of a song, these political tunes were very effective propaganda. During the presidential campaign of 1840, Whig editor Horace Greeley noted that "Our songs are doing more good than anything else." The Whig candidate won, and this march was dedicated to President William H. Harrison, who gained national fame at the Battle of Tippecanoe in 1811. 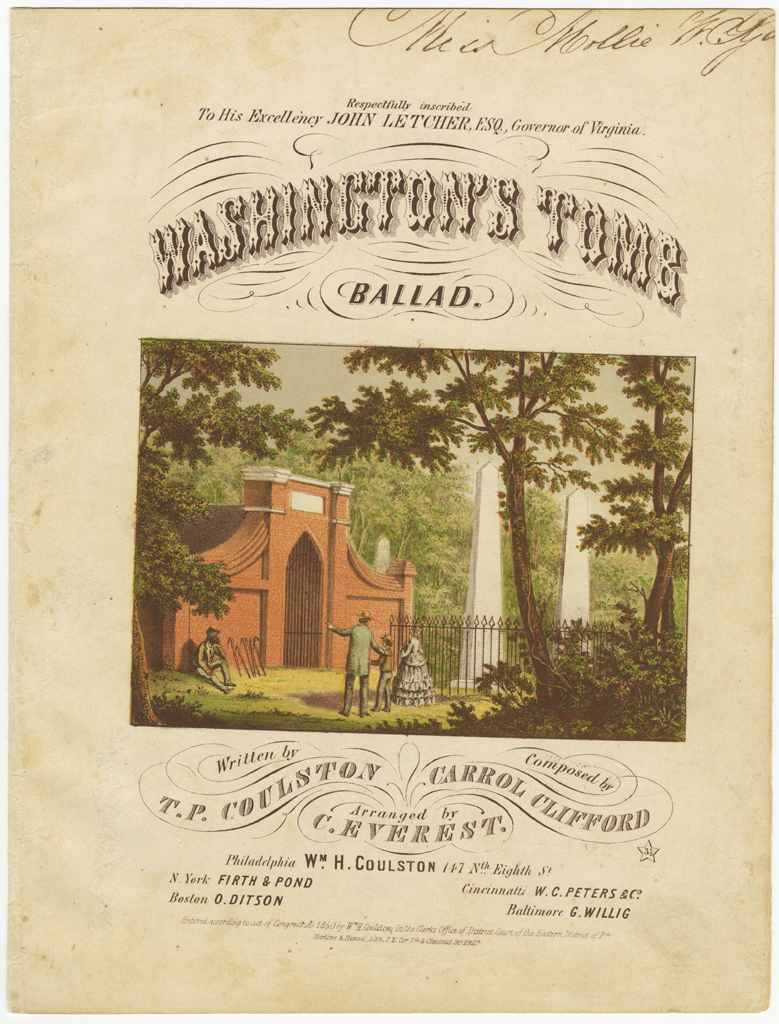 "[George] Washington's Tomb" by T. P. Coulston, music by Carrol Clifford, 1850
The VMHC has numerous examples of music about notable individuals, especially generals and politicians. Of the eight Virginia-born presidents, it is not surprising that George Washington is the most popular in our collections. Music written for and about him started appearing during the American Revolution, and every aspect of his life has been commemorated since then. Anniversary observances of his birth and death produced numerous songs, as did presidential campaigns, where candidates tried to link their image to Washington's. (VHS sheet music: Washington's Tomb)
Image 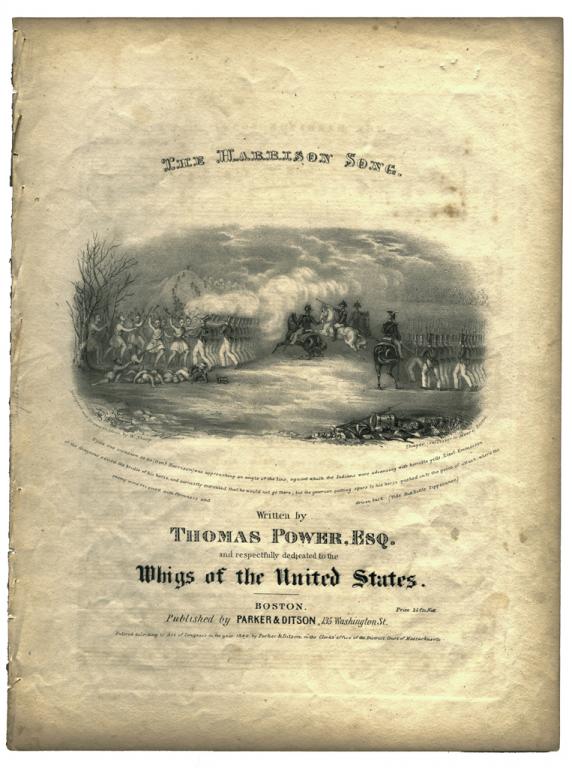 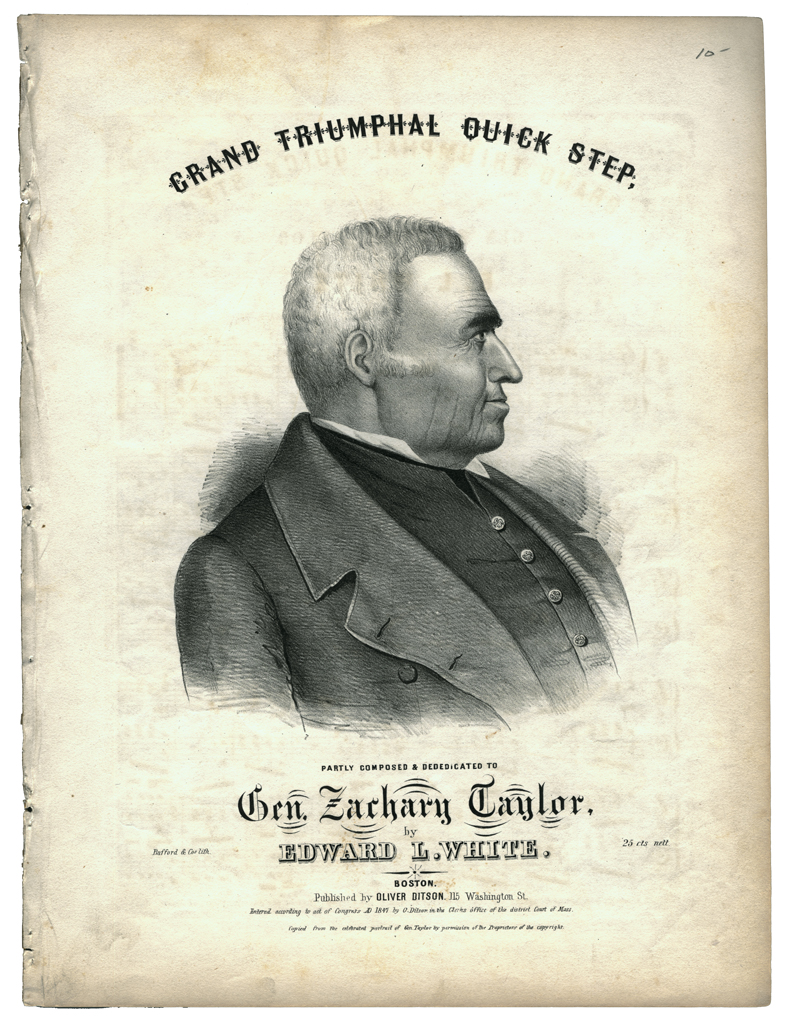 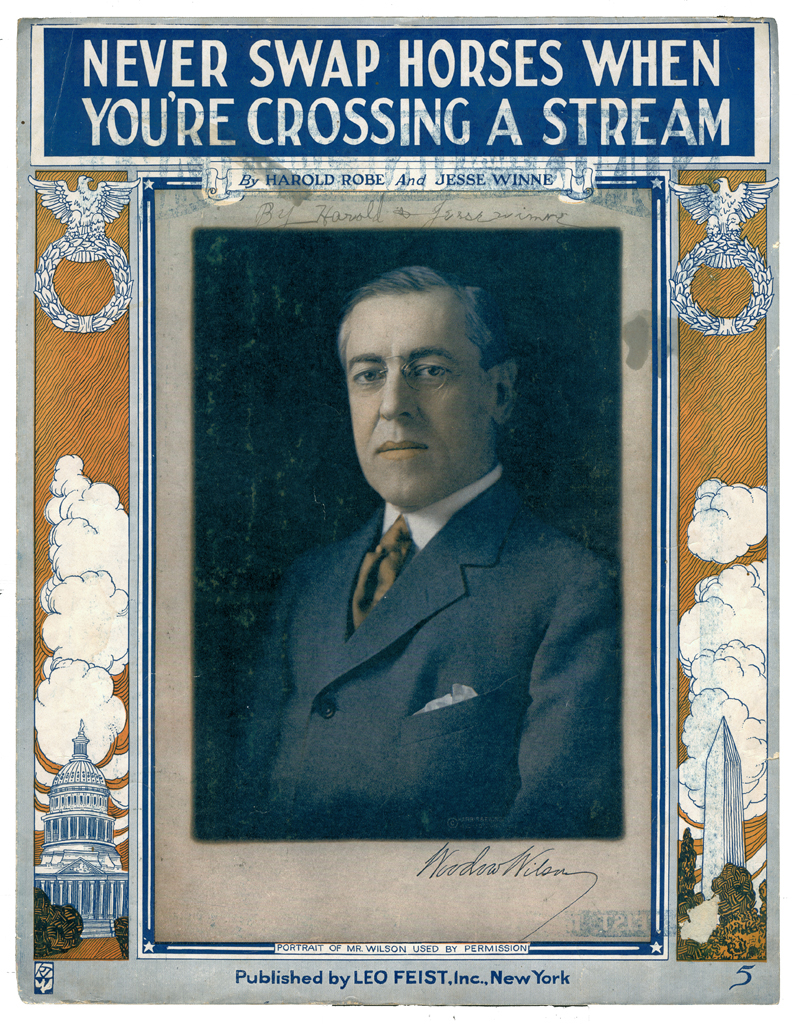 Campaign songs reached their height in popularity during the Tin Pan Alley era of music publishing. This piece of sheet music, published during President Woodrow Wilson's bid for reelection, urged the voters "Don't overlook the facts for the promise that's new, Let Wilson and Marshall keep haulin' you through, Just stick to their backs, that's a sensible scheme, And never swap horses when you're crossin' a stream." Wilson was reelected and pledged to keep the country out of World War I. (VHS sheet music: Never Swap Horses When You're Crossing a Stream)