Richmond’s part in the early automobile and racing industries 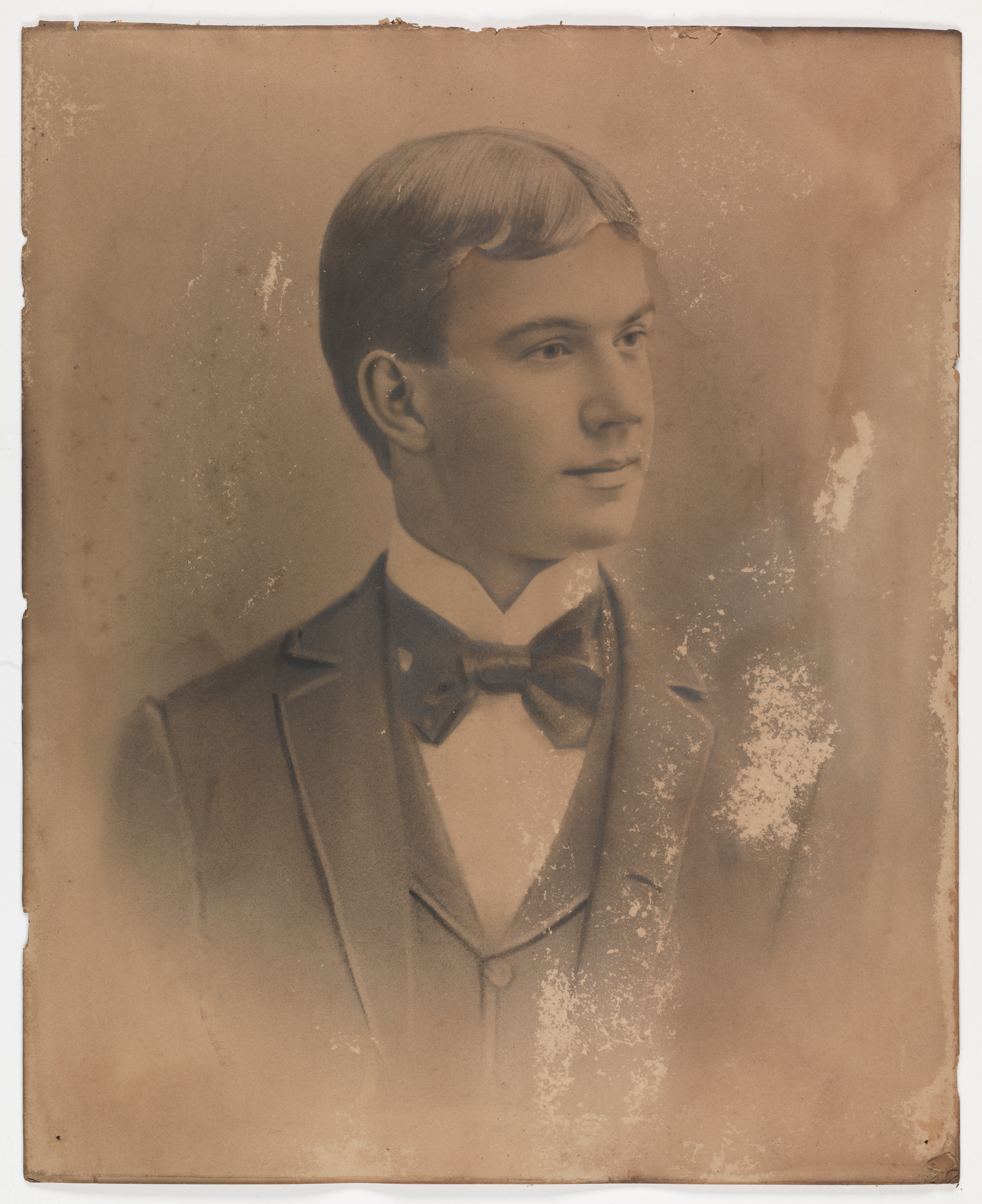 James Allen Kline (1874–1944), a bicycle maker in Harrisburg, Pennsylvania, became fascinated with automobiles and the future of transportation when he witnessed a demonstration of a horseless carriage—a steam-powered car called a “Locomobile”—in New York City in 1899. He placed an order for the car and then devised improvements to it. By 1905, Kline and several partners were building a competing model, the York car, later called the Pullman. In 1911, a group of Virginia business leaders persuaded Kline to move his operation to Richmond. Two years later, “Kline Kars” were being produced at a new factory on Arthur Ashe Boulevard in Richmond.

The Kline Car Corporation of Richmond produced about 2,500-2,800 vehicles before closing in 1923. One of the only two surviving vehicles—a seven-passenger 1918 Kline Model 6-38 touring car—is on display in the VMHC's Commonwealth Hall and was the inspiration for the museum's 2022 Official Virginia History Ornament. 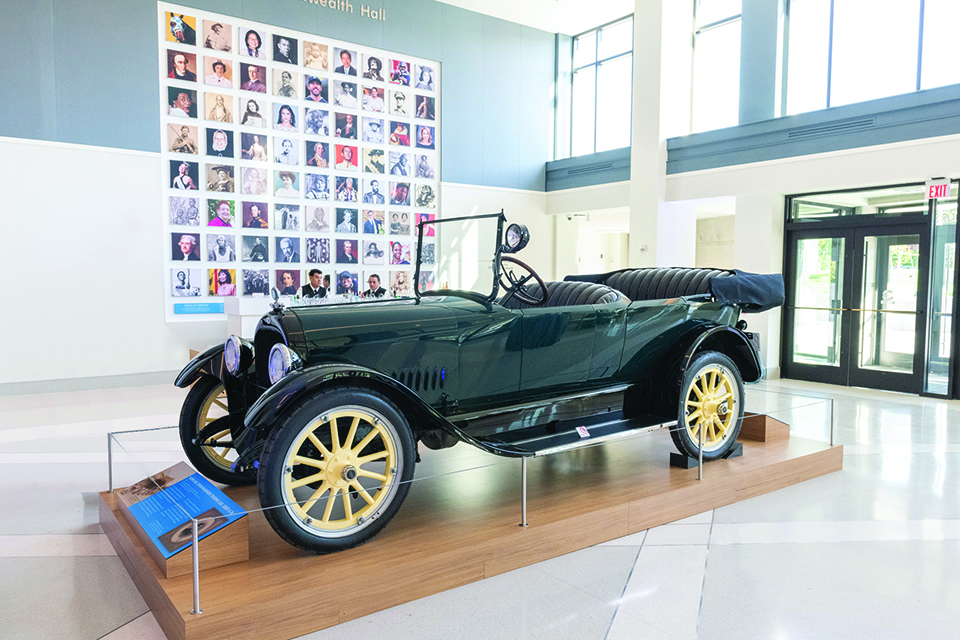 This rare car began its long restoration journey thanks to Debbie and Tim Crowder, who brought it to the VMHC in 2007. From 2020-2022, nearly 1,000 hours were spent on the car’s restoration by White Post Restorations, Inc., a nationally recognized restoration firm near Winchester, Virginia. The extensive restoration was made possible with support from Mr. & Mrs. Gerald F. Smith, Jr.

Before Henry Ford’s assembly line, automobiles were custom made in small shops throughout the nation. The first Virginia-made car, the “Dawson,” was built in Basic City (now Waynesboro) in 1901. The “Piedmont” was manufactured in Lynchburg and both the “Virginian” and “Kline” in Richmond. The only surviving vehicles by any of these companies are the two Kline Kars. Between 1910 and 1916, motor vehicles registered in the commonwealth went from 2,705 to more than 37,000. The overall road system in Virginia was poor and road construction would become an important political issue in Virginia in the 1920s. 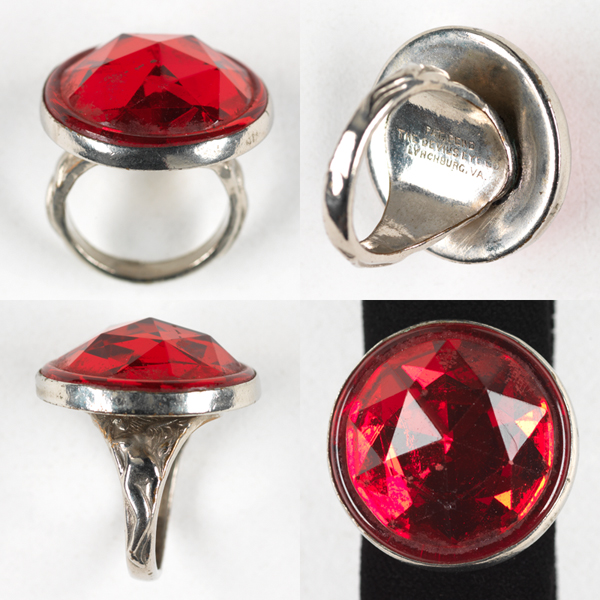 Devilseye Reflector Rings, made by the Devilseye Company of Lynchburg and used as reflective turn signals for cars at night before electric signals were used. (VMHC 1999.98.1-5)

OTHER DRIVING-RELATED OBJECTS IN THE COLLECTION

The VMHC has several unique artifacts in its collection associated with the early automobile industry and racing, including a pair of early driving gloves (essential for being in early cars without windshields to protect from the wind, dirt, and debris of unpaved roads) and several “Devilseye Reflector Rings.”

Early automobiles had headlights but no turn signals. Drivers had to use hand signals to indicate to other drivers their intentions to turn or slow down. They could purchase Devilseye Reflector Rings, large red rings worn on the fingers at night, to make their hands visible. When you held your hand outside the car, the rings reflected from headlights behind you or in front of you or to your left, allowing other drivers to see your signal. 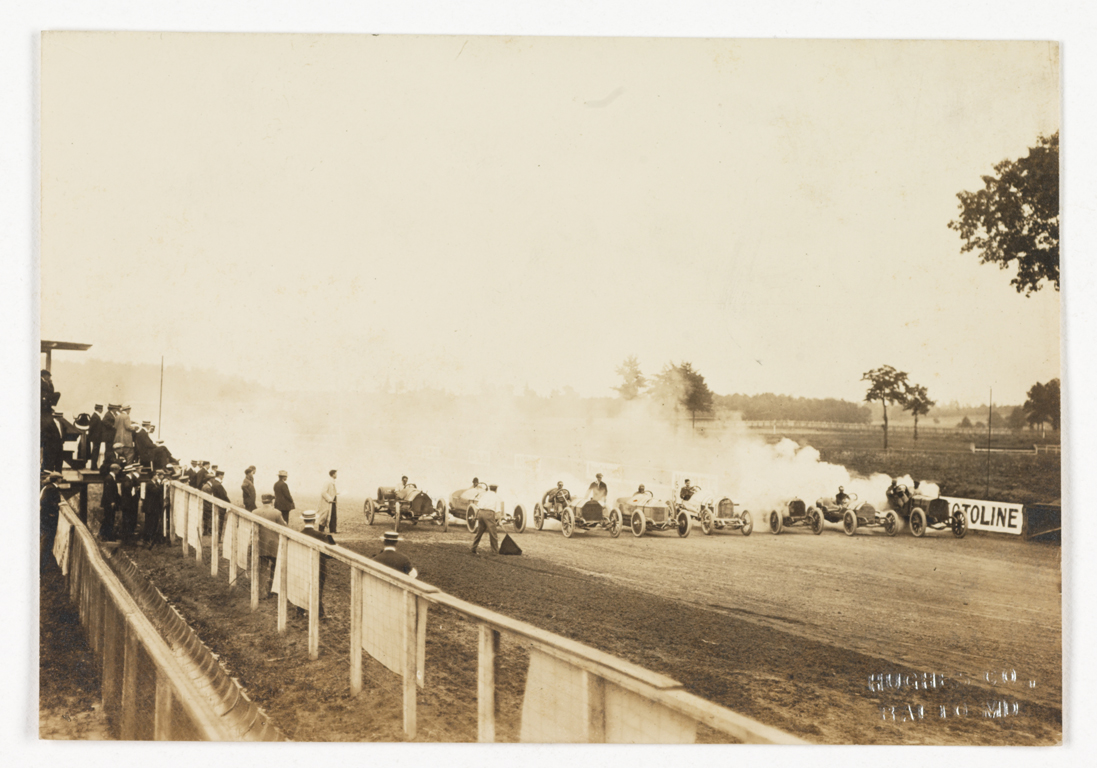 Photograph of the start of a race in Richmond. Notice the man holding the signal flag in the center. According to the VMHC racing signal flags, this would have been a green flag to signal “Start – Course is Clear.” (VMHC Mss1 K6853 b47)

THE BEGINNING OF RICHMOND RACING

Virginia’s first automobile race took place at the Norfolk fairgrounds in 1904. Norfolk is also credited with having the first automobile on Virginia’s streets as early as 1899. Richmond’s first race was held in August 1907 at the new fairground track, west of the city on North Boulevard (just a few miles away from the VMHC), where The Diamond is now located. This site was across the street from the Kline Kar factory, where the Greyhound Bus station is located. Automobile racing became an annual feature of the state fair, with automobile and motorcycle racing on the last day of the fair, known as “Automobile Day.”

The 1912 race featured “Jimmy,” a race car manufactured by the Kline Car Corporation. Kline became involved in Richmond racing as soon as he came to Virginia and remained so for the next thirty years. The other Kline Kar that survives is a racing car, privately owned in England. The success of the Kline Kars, “Jimmy,” and later, the “Jimmy Jr.,” designed and built in 1910, and named for Kline and his son, attracted attention to the Richmond racing scene. Kline was a promoter of the Labor Day Auto Races held in Richmond and served as president of the Richmond Automotive Trade Association. In 1945, the Richmond fairgrounds moved to “Strawberry Hill” in northeast Richmond. For NASCAR fans, the first race took place on April 19, 1953, at the new Richmond fairgrounds, known as Atlantic Rural Exposition Fairgrounds (now the site of the Richmond International Raceway, constructed in 1988). 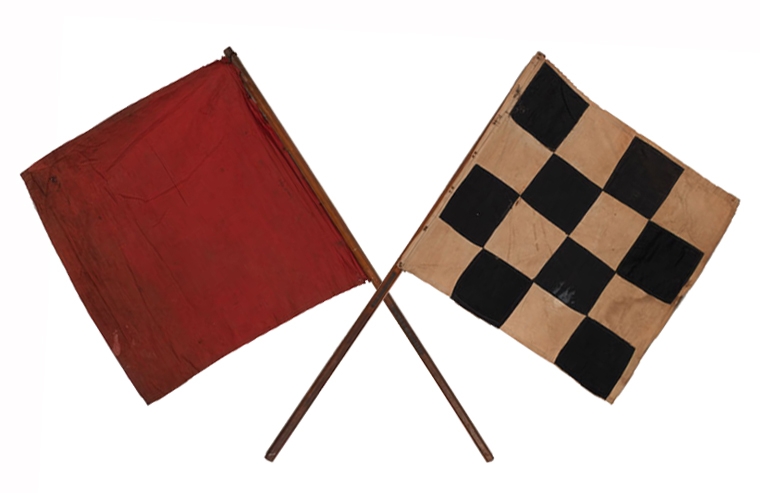 The VMHC has a set of racing signal flags used in early automobile racing. These measure approximately 24 inches square and are attached to short poles (36 inches long). A metal plate attached to each flag pole indicates its purpose. These signal flags seem to be similar to the ones used in major racing leagues today. For instance, the metal plate for the black-and-white checkered flag reads “You Are Finished,” and the red flag plate reads, “Red – Stop – Race Is Halted.”  Four more signal flags in the collection are a blue flag (“Entering Last Lap” [VMHC 2006.124.2]), a green flag (“Green – Start – Course is Clear” [VMHC 2006.124.3]), yellow flag (“Yellow – Caution – Hold Your Position” [VMHC 2006.124.6]), and the white flag (“Stop – Next Lap For Consultation” [VMHC 2006.124.8]).

The VMHC also has two racing signal flags that do not have any identification plates, including a black flag (VMHC 2006.124.4), which for modern racing indicates a penalty of some sort, and a yellow flag with a dark blue or purple disc (VMHC 2006.124.7), for which there appears to be no modern equivalent. If you know of one, please contact us.

Because there was no standardization to the signal flags, some tracks printed them on racing programs. The VMHC has programs from the Suffolk and Norfolk races in 1922 and 1924, both of which listed different meanings for their signal flags.

This article was written by Rebecca A. Rose while serving as Registrar at the Virginia Museum of History & Culture, with contributions from fellow staff members, William M.S. Rasmussen and Eileen Parris.

Image
Start of a 25 Mile Race

Photograph of the start of a twenty-five-mile race, Richmond, November 12, 1929. On the back of the photograph is the following description of the race: “Kline 3rd after losing tire and crashing through fence. Driver brought car around to paddock changed tire and continued. Race won by Simplex Zip, 90 H.P. [horsepower] Louis Disbrow [(1876–1939)] driving.” (VMHC Mss1 K6853 b 49)

Photograph from a Kline Kar, “The Ace of the Highway” brochure, accompanying the advertisement for “The Roadster.” Notice that the two women driving are in front of the Battle Abbey building, now the VMHC. (VMHC Mss1 K6853 a Section 4, Folder 62)