Round Robins of the Pollard Family 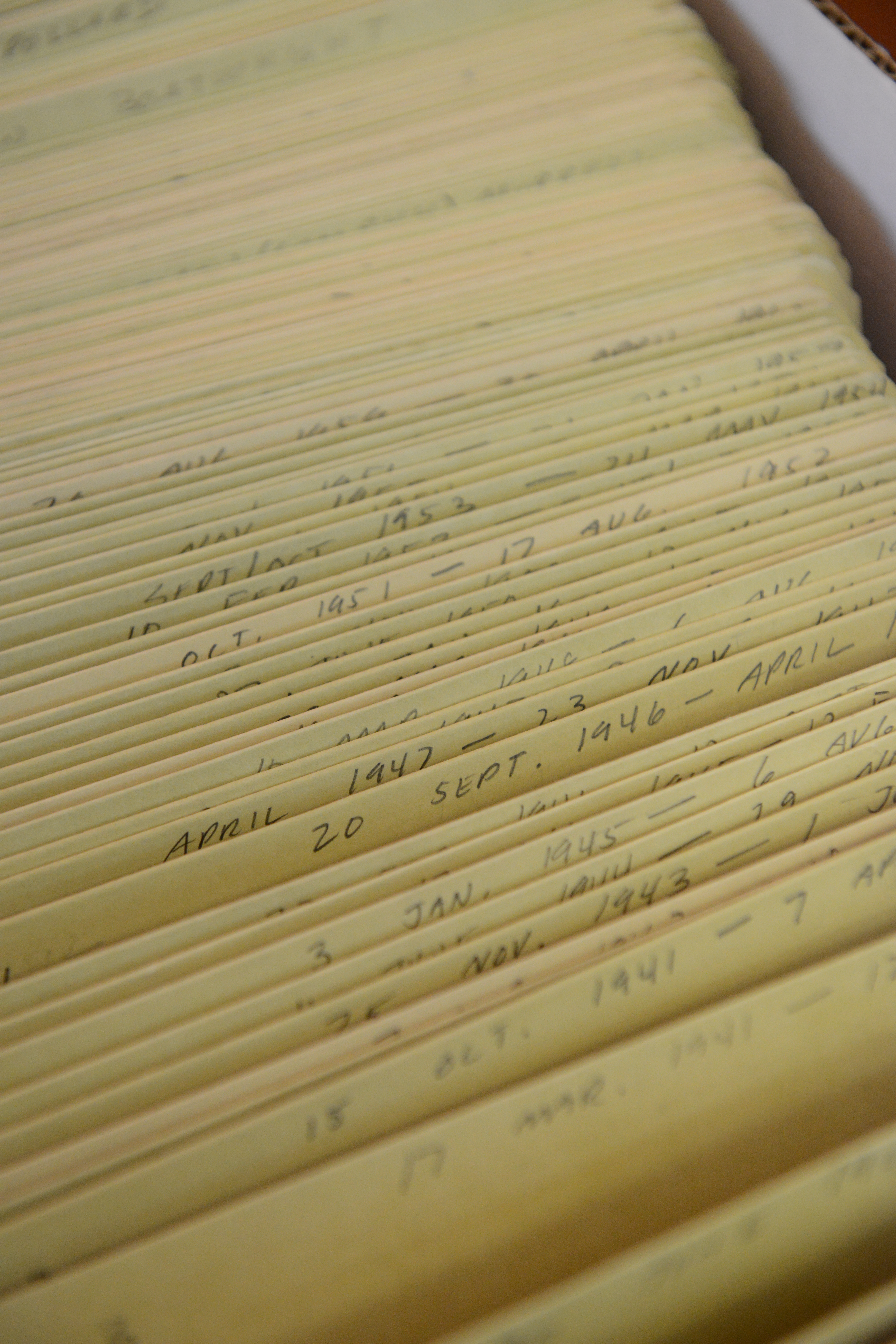 One of three boxes of folders each containing one of the round robin letter books.

Social networking before Facebook: Here at the Virginia Museum of History and Culture, we’ve collected many examples of two people communicating with each other by letter. Of course, the basic letter was the normal way to communicate throughout most of history, but the idea of having people use a common location to post thoughts and updates with the ability to provide feedback seems like a modern phenomenon, right? As it turns out the Pollard family of Virginia were engaged in what we would call social networking as early as 1920.

Beginning in the 1920s, the Pollard family began writing each other in small envelope-sized notebooks they dubbed “round robins.” Initially these were circulated between eight Pollard siblings, including former Virginia governor John Garland Pollard, but as time went by spouses and children began taking part as the first generation of writers passed away. Entries read like open letters to the family sometimes with newspaper clippings and photos included. After reading and writing in “the robin,” a family member dropped it back in the mail for the next recipient.

The Pollards were mostly solid-southern Democrats with many family members directly involved in the Virginia politics of the day. Influenced by the Progressive Movement, many of their discussions related to women’s suffrage and Prohibition, but as the decades passed, later topics included World War I, the rise of fascism in Europe, World War II, and the Civil Rights Movement. As more participants became involved, the round robins began to represent a sampling of perspectives from much of the East Coast, including Pennsylvania, New York, Kentucky, Virginia, Alabama, and Florida. 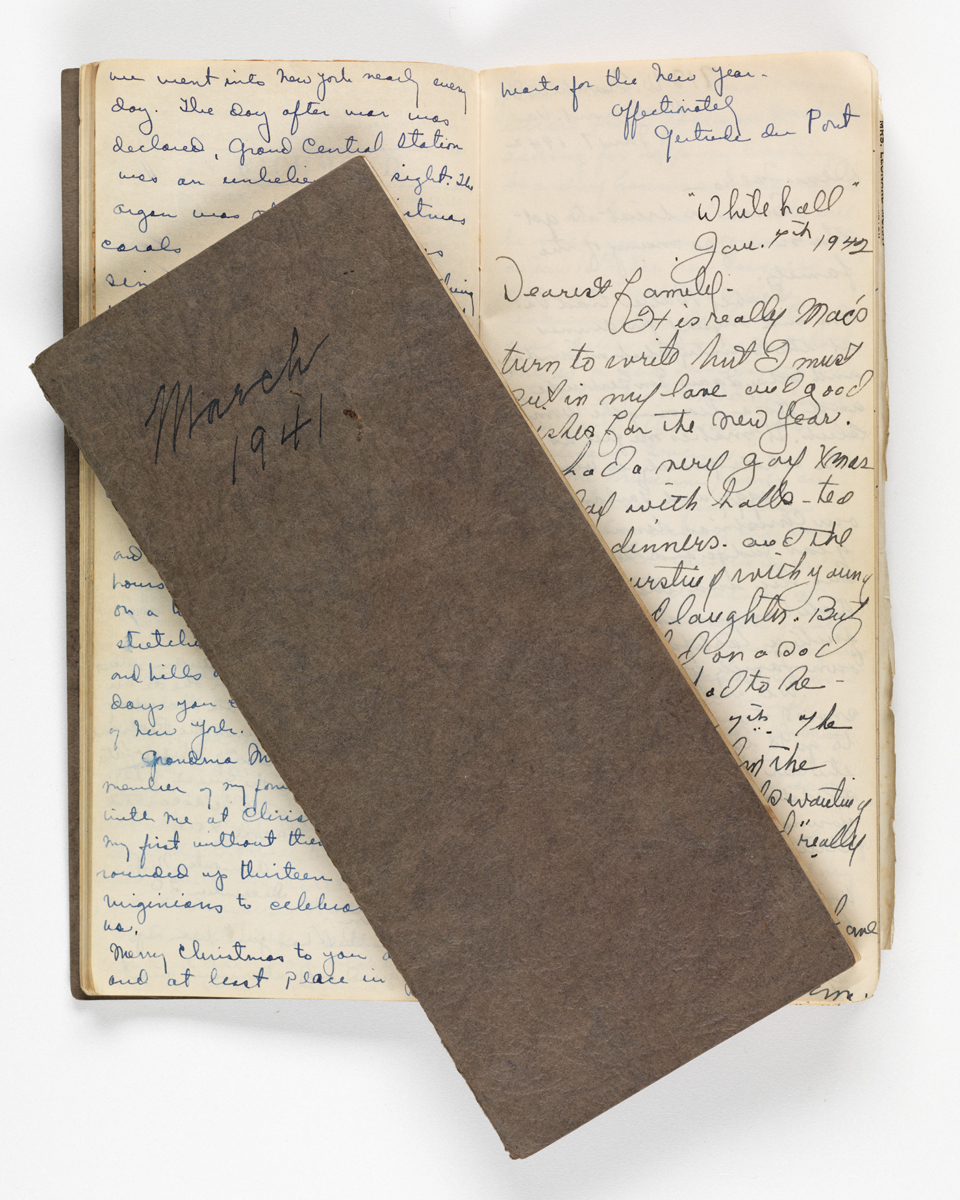 Two robins: one closed and the other open to show the correspondence of two different family members. (VMHC Mss1 P7637 d 62-63)

Working for the Wilson administration, John Garland Pollard wrote his siblings from Washington, D.C., regarding the recent passage of the 19th Amendment. “I see that woman suffrage is uppermost in the minds of some of you. I am going to Richmond to vote and when I stand in line behind the ladies at the polls I shall feel as if I am in another world. (I hope it will prove to be a better one.)” He goes on to describe an encounter on a Washington streetcar during which a woman sat next to him and asked how she could register to vote in New Jersey. After informing her that he knew nothing of the law in that state, she responded: “You are the fifth man I have asked this question to and nobody seems to know anything. I find I know just about as much about the business as you men who have been voting all your lives.”

In May of 1928, Juliet Pollard wrote in the round robin of a recent visit to Warm Springs, Georgia, where she met “Mr. and Mrs. Franklin Roosevelt” and discussed with them Democratic candidate Al Smith’s presidential campaign. Being a supporter of Prohibition, the Roosevelts assured her that “Smith is not what they call a drinking man, that is he does not become intoxicated, and that reports to the contrary often arise from the fact that he is a dramatic platform speaker and often a real ‘cut-up’ as he waxes eloquent.” Juliet goes on in her entry to correctly predict that Al Smith “will not carry the Solid South, but he may carry some of the wet states East and West.” 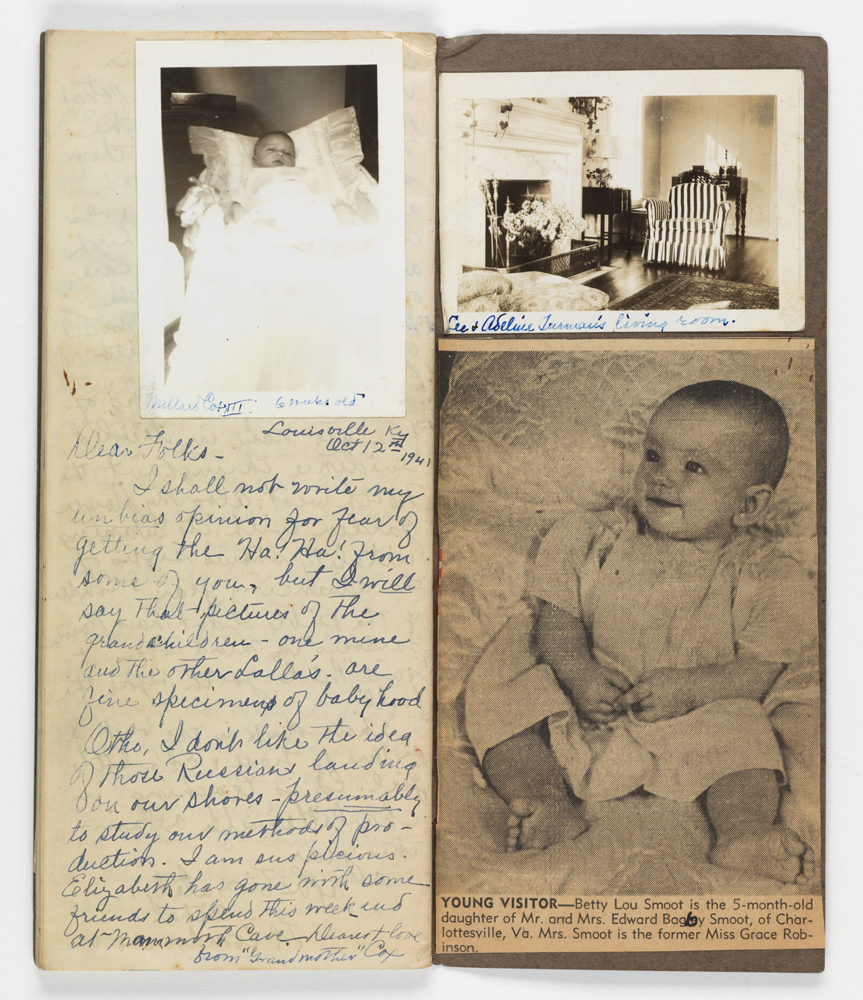 The round robin was often used to share the latest family photos. (VMHC Mss1 P7637 d 62)

On other occasions the Pollards turned their attention outward to the politics of Europe. After a visit to Germany in 1935, Emily Pollard wrote: “Three times I saw Hitler speak in person and the great enthusiasm he arouses in the younger generation. He does not appeal so much to the older people because his program is essentially a Youth Movement.” John Garland Pollard responds to Emily skeptically saying: “I am somewhat perturbed over conditions in Europe. I fear they endanger world peace.”

The round robin letters continued over the decades in this way, providing an intimate family discussion of many of the important issues of their day. By the 1950s they began to address the emerging Cold War and racial integration before ending around the time of John F. Kennedy’s presidential election. As a valuable and unique resource for scholars researching the twentieth century, the round robins are just one more example of the treasures found in the manuscript collections of the Virginia Museum of History and Culture.

This article was written by Chris Van Tassell while serving as Program Coordinator at the Virginia Museum of History and Culture.

The round robins allowed the Pollard family to maintain contact over great distances during WWII. The photo at the lower right is of Otho Smoot serving in British Guiana. (VMHC Mss1 P7637 d 63)