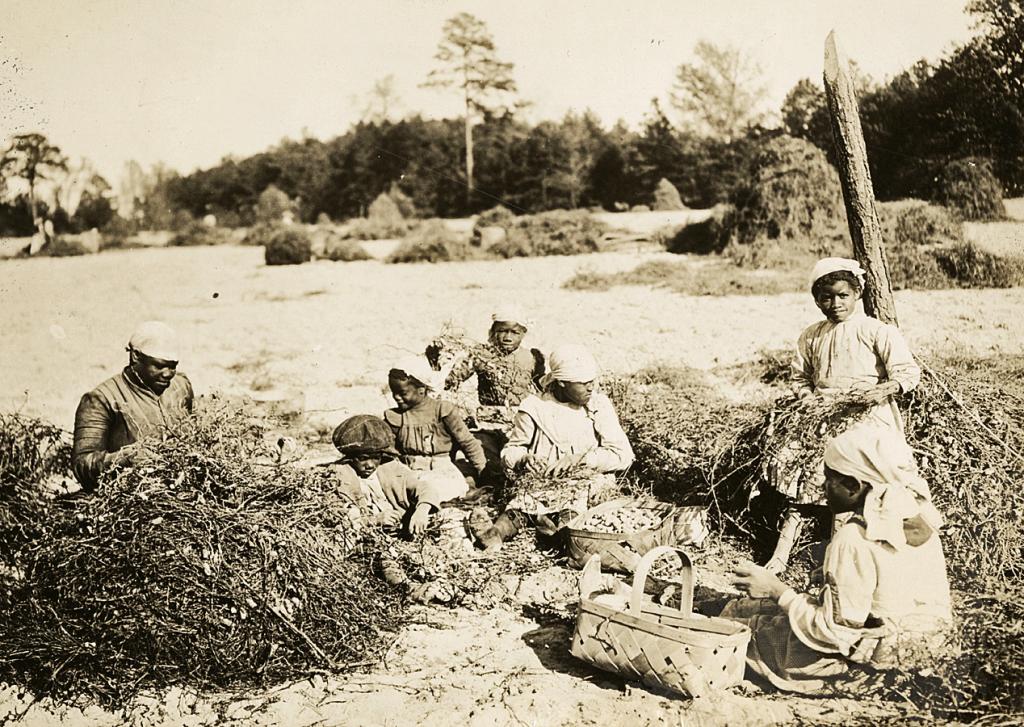 After the Civil War, farming in Virginia changed dramatically. The most obvious reason for this was emancipation. The end of slavery, along with the destruction caused by the war, led to the break up of many of the largest plantations in the state. Many planters entered into labor contracts with former slaves, and a system known as sharecropping emerged.

Sharecropping is exactly what the name suggests—a system under which both landowner and tenant receive a share of the crop. For the tenant this was usually about one third. Landowners advanced sharecroppers seed, fertilizer, and provisions in exchange for labor. Sharecroppers planted and tended the crops and cared for livestock. The proceeds were divided after the harvest in the fall. 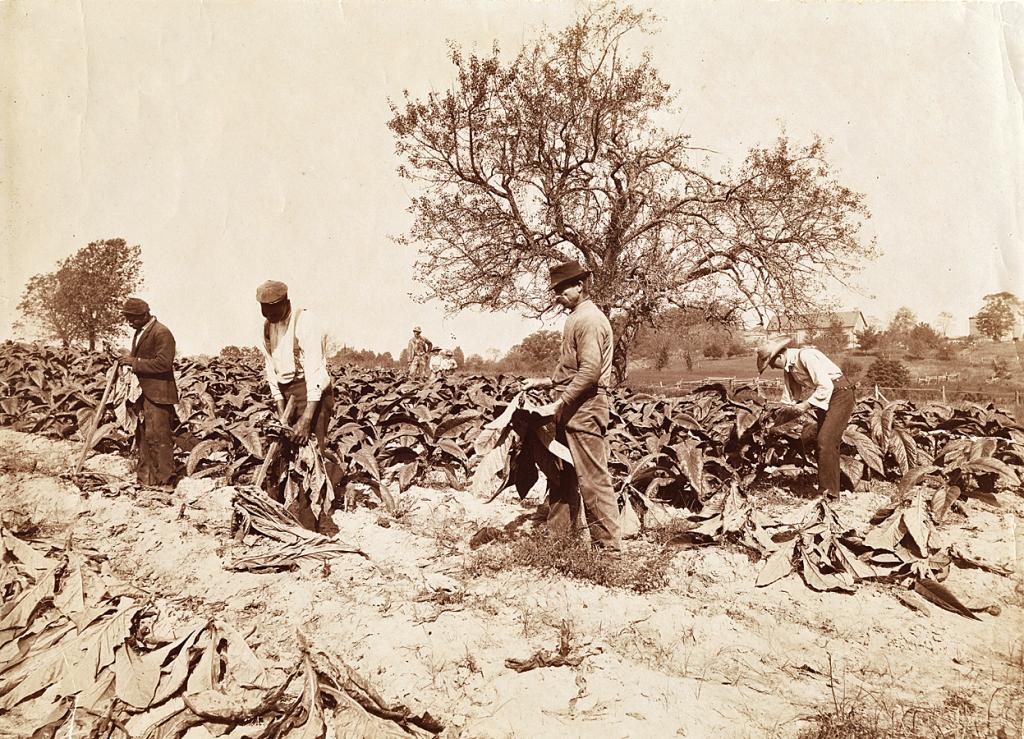 In theory (and sometimes in practice) both owner and tenant benefited from the system. The landowner benefited because he did not have to pay wages to a worker on a daily or weekly basis. The sharecropper benefited because he received food and shelter. For sharecroppers who were former slaves, sharecropping provided an additional incentive. Under that system, freedmen worked for themselves; they labored on their own and not in gangs, as had been the case under slavery. More importantly, freedmen, as heads of household, maintained control over the activities of their wives and children—a circumstance that also contrasted with conditions under slavery.

In reality, the system more often worked to the benefit the landowner. Sometimes sharecroppers were cheated out of wages and disputes were almost always decided in the landowner's favor. And the accumulation of debt made the sharecropper's nominal control over his family meaningless.

The practice of sharecropping was more widespread in areas of the state where staple crops, such as cotton, peanuts, and tobacco, were grown. Tobacco remained Virginia's most important cash crop, but tobacco growing changed as the popularity of cigarettes increased. The tobacco used in cigarettes was bright-leaf tobacco which grew best in the Southside counties that bordered North Carolina—Pittsylvania, Halifax, and Mecklenburg. In these areas, rates of sharecropping remained high. Conversely, in the Piedmont, where the less popular dark tobacco had been grown, sharecropping was less prevalent and black landownership was greater. In 1890, for example, 76 percent of African American heads of household in Louisa County owned land; in Halifax, the number was only 14 percent.

What neither planters nor laborers fully understood at the time was the degree to which Virginia's farms were integrated into a national market economy. Steam ships and railroads transported Virginia products across the nation—indeed around the world. Oysters harvested from the Chesapeake Bay in the early morning were served to patrons in New York restaurants later that same day.ia. 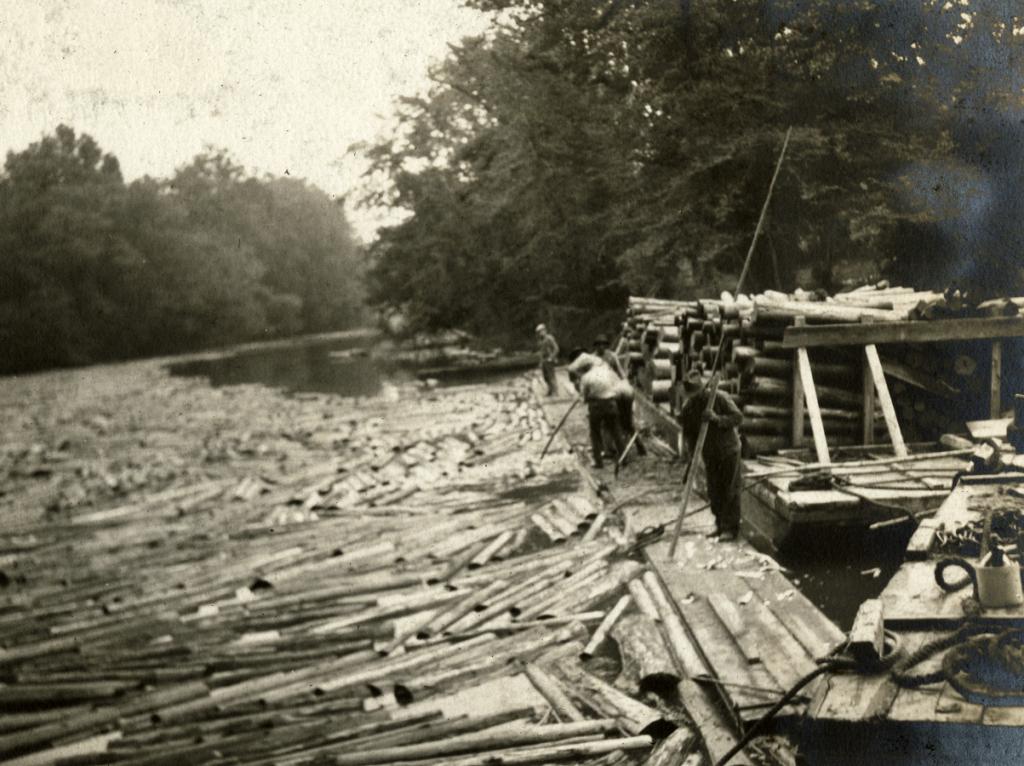 The development of transportation networks benefited such extractive industries as mining, fishing, and timbering and changed the landscape of rural Virginia. Timber companies quickly stripped the state's mountains of their hardwood forests. The sparse population in southwest Virginia forced coal mining companies to construct entire towns to provide for miners and their families. In the Northern Neck, Reedville became the center for the menhaden industry, and fish factories processed this small bony fish into fertilizer, oil, and meal for poultry.

The depressions that marked American society in the late nineteenth century greatly affected farmers. By the twentieth century, however, crop prices began to rise. In fact, the first two decades of the twentieth century are viewed today as a "golden age" for American agriculture. With more money in their pockets, farmers purchased tractors and other machinery, making their farms more productive and efficient. The turn of the twentieth century also saw the emergence of a new field of study—agricultural science—that focused on improving rural life. Agricultural experiment stations were established in Blacksburg and Arlington. Eventually extension agents were placed in every county to educate farmers about everything from improving livestock to preventing crop diseases.

Perhaps the era's most famous agricultural scientist was George Washington Carver, but he was just one of a number of experts who worked with farmers to improve the quality of their crops. Carver is most famous for discovering numerous uses for the peanut, but he was also instrumental in his advocacy of the soybean, a crop that revitalized farms in eastern Virginia.

The golden age of agriculture ended with the close of World War I. For many farmers, the Great Depression was just a continuation of hard times that began around 1920. Virginia farmers tended to fare better than farmers elsewhere, largely because of the prevalence of truck and dairy farming and the continued popularity of tobacco. Nonetheless, drought and the Great Depression in the late 1920s and early 1930s hit Virginia farmers especially hard. It would take another world war to help them recover. That war would also bring about the kinds of changes—consolidation, mechanization, and rationalization—that occurred in the first two decades of the century.

Because of these factors, there are half as many farmers in Virginia today than there were fifty years ago, even though there is almost as much land—32 percent of the state's land area—under cultivation. Today, Virginia's farms employ fewer than 40,000 full and part-time workers.

Teachers: Visit Teaching with Photographs for questions to ask your students about Rural Life in Virginia. 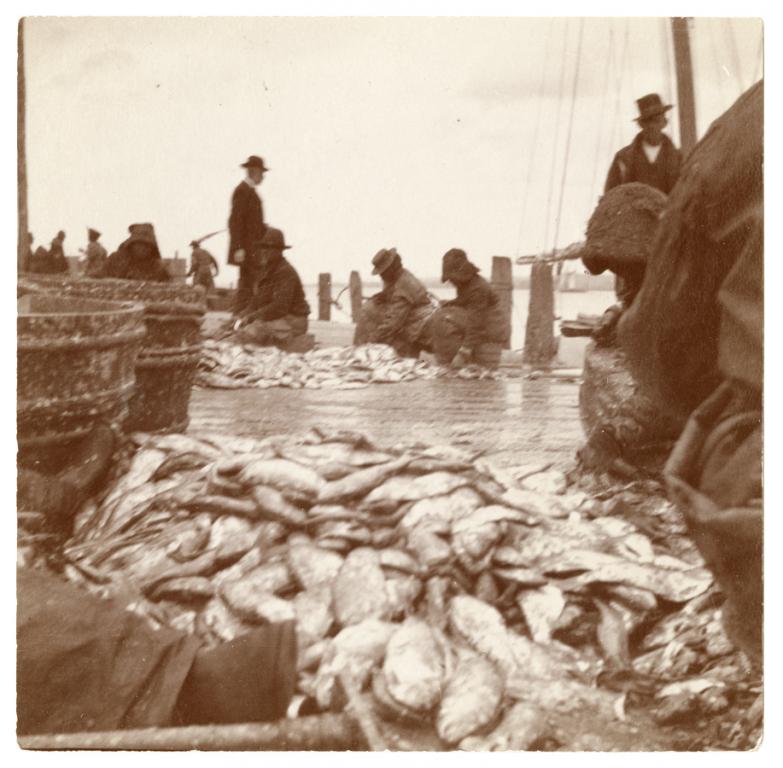 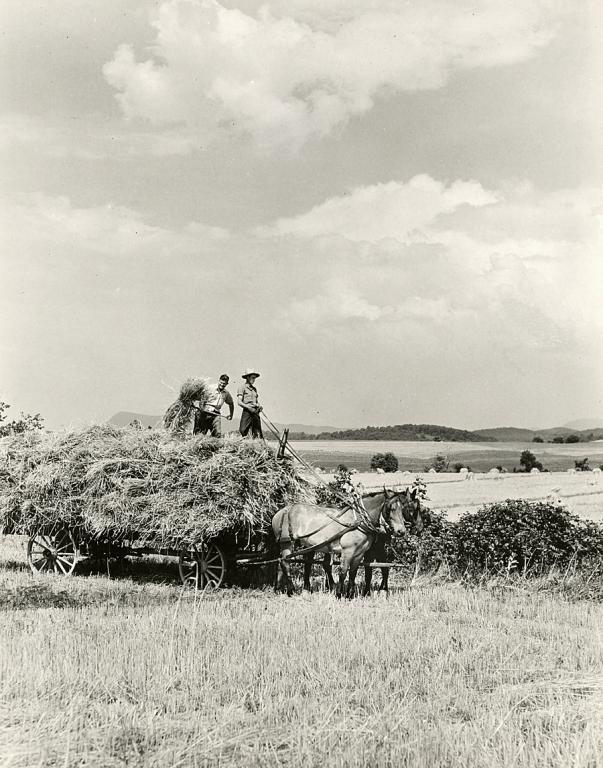