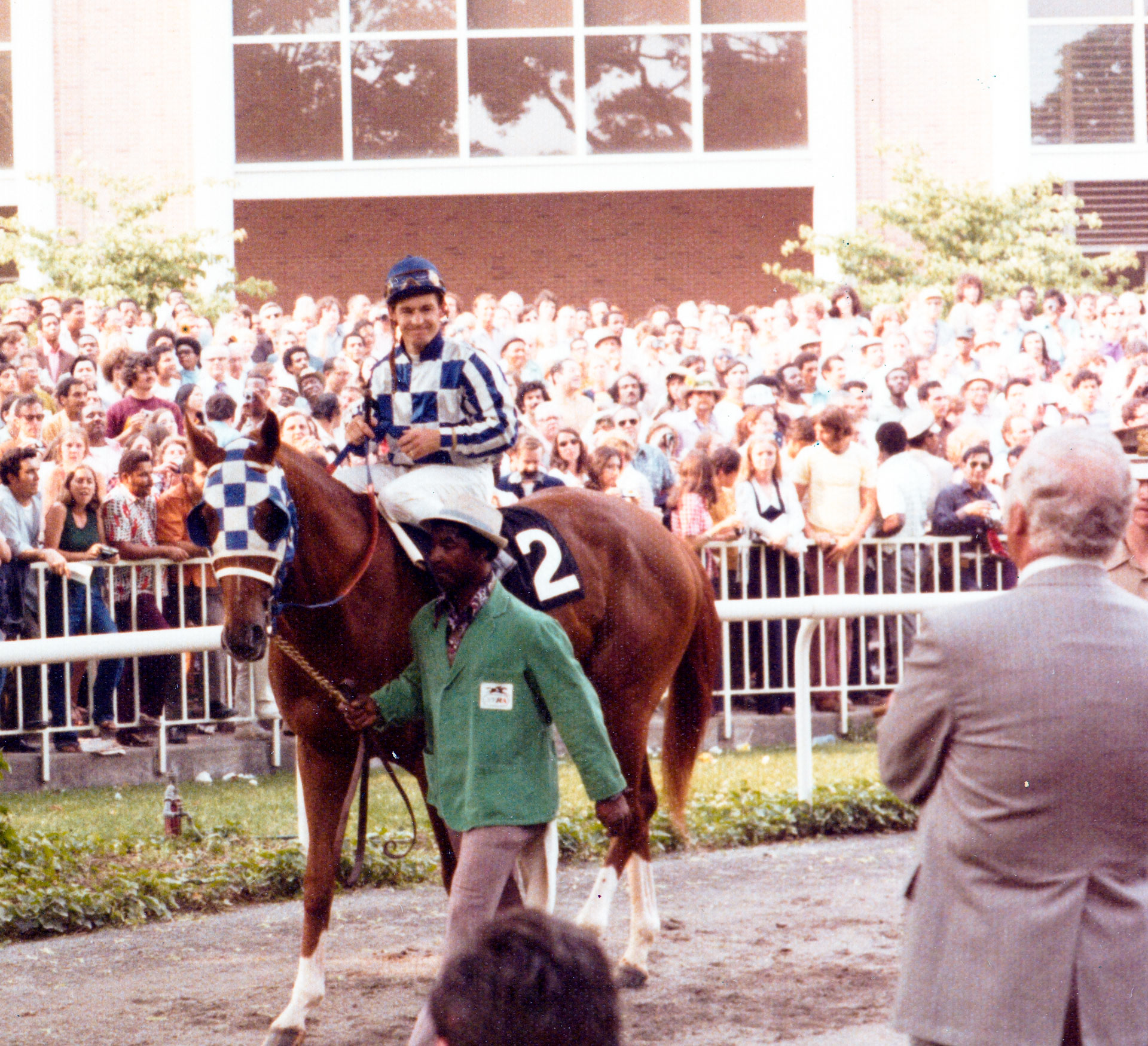 If you’ve seen Disney’s movie “Secretariat,” then you know the excitement that this Virginia-born horse created throughout the nation in 1973.

Secretariat, born at Meadow farm in Caroline County, Virginia, became the first Triple Crown champion in more than twenty-five years. After the superhorse won the first two races of the Triple Crown, the Kentucky Derby and the Preakness, hysteria swept across the country. Could this horse win the lengthy Belmont Stakes?

On June 9, 1973, the Belmont Stakes was one of the hottest tickets in sports history. One of the fortunate spectators was Virginia’s governor Linwood Holton. Rooting for his state horse the governor witnessed one of the greatest spectacles in horse racing history.

Secretariat won by an astounding thirty-one lengths. He ran faster than any horse had ever run on a one-and-a-half mile dirt track to become the first Triple Crown winner in twenty-five years.

The experience was captured in a photo album donated by Governor Holton, excerpts of which are shown below, and the photographs included illustrate the importance and excitement surrounding this monumental event.

This article was written by Greg Hansard while serving as Assistant Editor at the Virginia Museum of History and Culture.