Surrender of the English Army at Yorktown 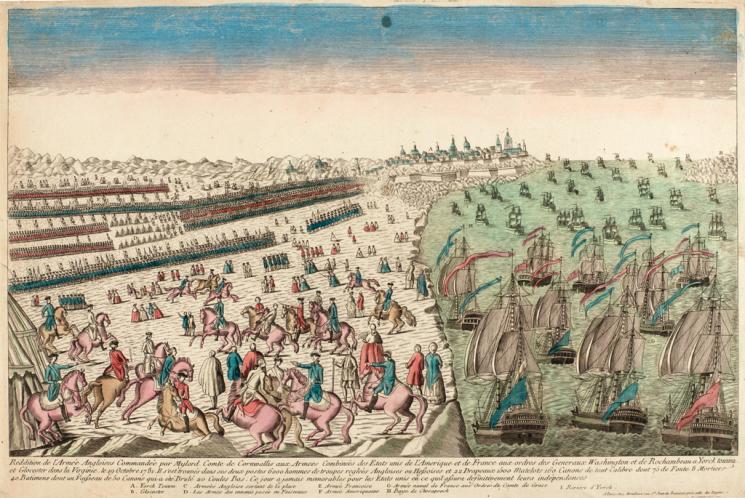 The surrender at Yorktown was known in Paris by December 1781, and prints of the scene were hastily produced by artists who had never seen Yorktown or even America. The town appears as a medieval walled city and the French army and navy dominate the scene.

Image rights owned by the Virginia Museum of History and Culture. Rights and reproductions