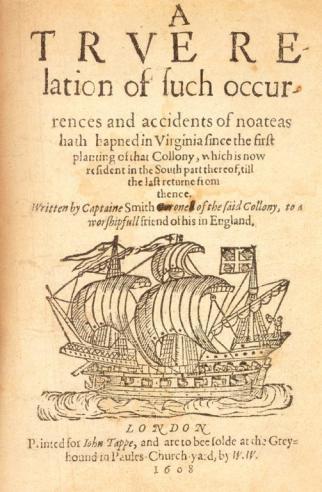 The plan to colonize Virginia began in 1606 when a group of merchants formed the Virginia Company of London. James I gave the joint-stock company a charter to all the land between present-day North Carolina and New York, and the company attracted hundreds of small investors to finance the first expeditions to Virginia. The investors, or "adventurers," expected the new colony would make England a world power and provide them profits in the form of gold, silver, copper, and gems.

The Virginia Company dispatched the Susan Constant, the Godspeed, and the Discovery from England in December 1606. Among the 104 passengers was John Smith, who later wrote the first account published of what is now called Virginia. The source was a letter Smith wrote in 1608 to an unidentified person in England, and the Virginia Company rushed the letter into print. Despite the terrible reality of life in the struggling colony, Smith gave an optimistic report of his explorations and encounters with the Indians. A True Relation remains an invaluable eyewitness account of America's first permanent English colony. 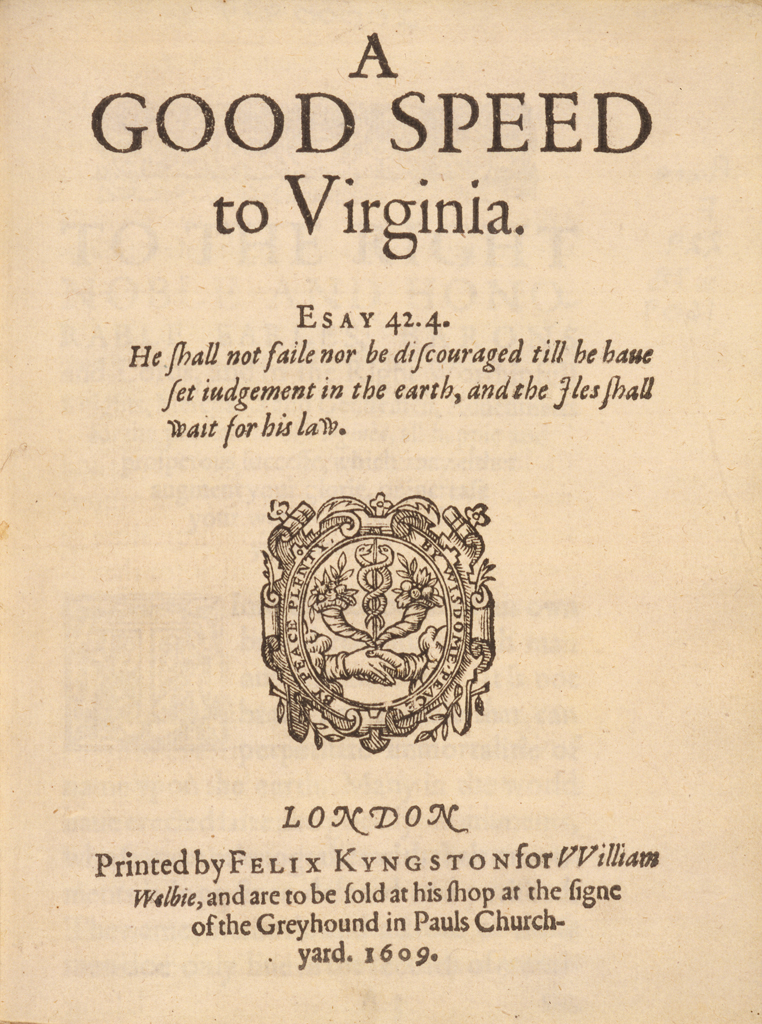 Robert Gray, A Good Speed to Virginia (London, 1609)
In this sermon, Robert Gray supported emigration to the new colony as a solution to England's overpopulation. The minister also reminded potential subscribers to the Virginia Company that their investment "advanced the glorie of God, and inlarged the glorie and wealth of their countrey." (VHS call number: F229 G78 1609)
Image 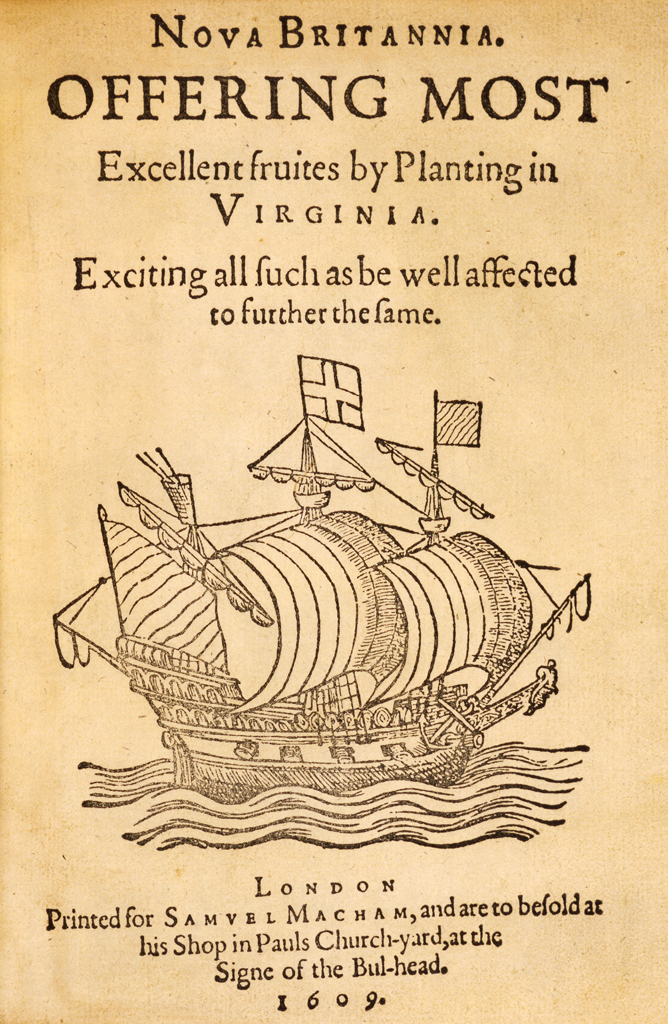 
The Virginia Company published a series of promotional tracts to encourage investments and emigration. Johnson preached in this sermon that there were both spiritual and financial rewards for those who supported the new colony. (VHS call number: Rare Books F229 J671)